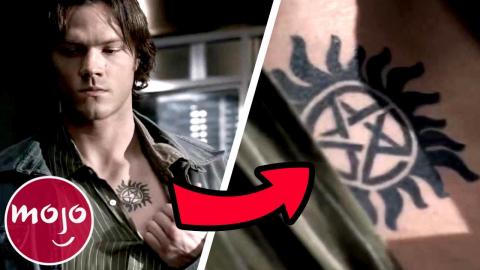 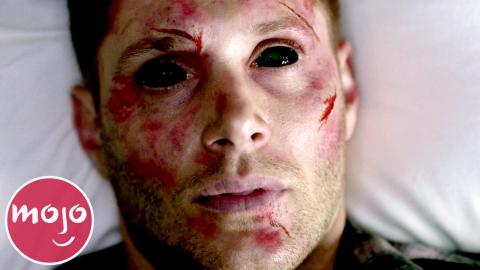 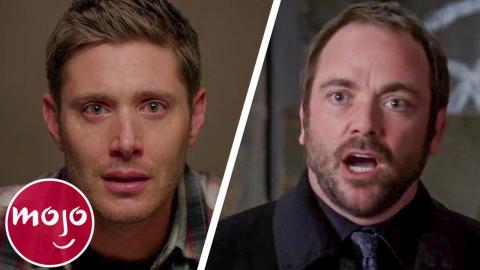 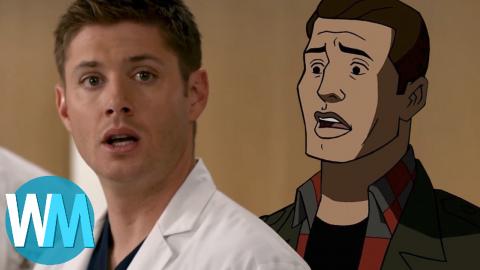 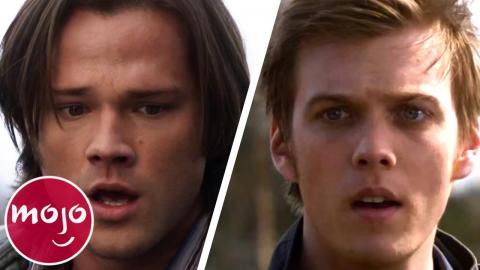 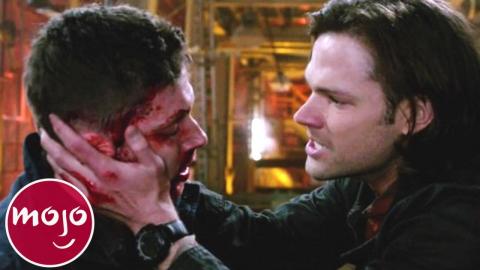 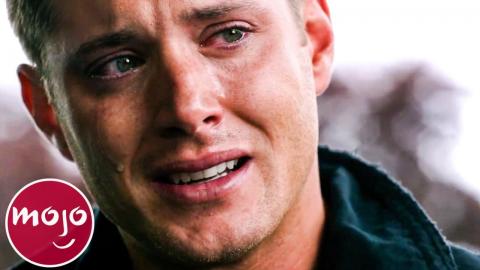 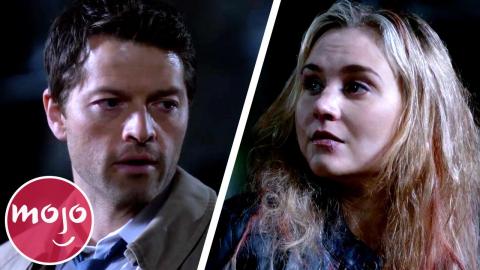 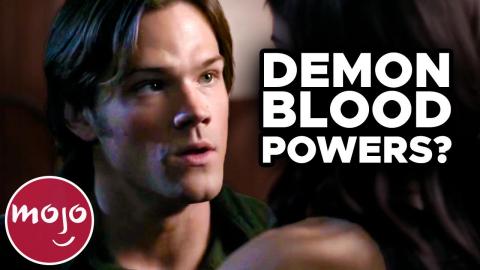 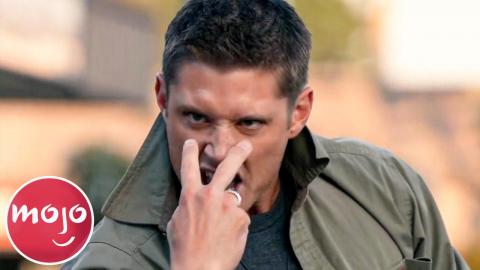 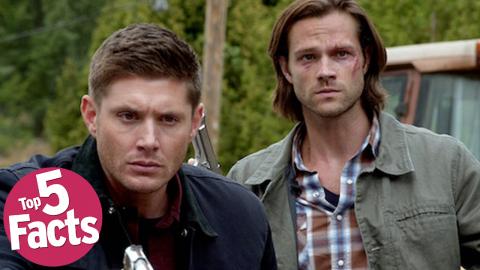 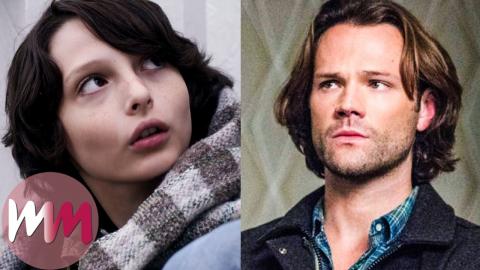 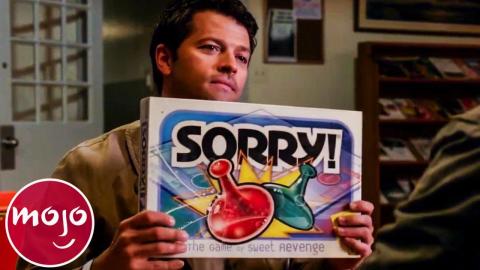 
Welcome to MsMojo and today we’ll be counting down our picks for the top 10 things only “Supernatural” fans understand.
For this list, we’ll be going over the concepts, running gags, memes, and other aspects of the TV show “Supernatural” that are either only understandable by the show’s fans, or else have a different meaning for them.

If there’s something that’s SPN Family only or something else that went over our heads, please share it in the comments!


The Winchesters are all about family, whether they’re related by blood or not. No matter what, they’re always pulling each other out of scrapes, regardless of if it’s against a run-of-the-mill monster, or the apocalypse (one of them, anyway). However, there seems to be one notable exception – Sam and Dean’s half-brother, Adam. The heroic duo just leave him to rot in hell for a decade! And it’s not as if they were never in the neighborhood! They’re even best frenemies with the king of the place, for crying out loud! While Adam returns in season 15, and the boys finally apologize to their bro during this arc, there’s no denying that this has been a long time coming!


Given how long it’s been on, “Supernatural” has attracted a wide variety of fans, with many different viewpoints -, particularly when it comes to what constitutes a “real” fan. But one of the easiest ways to spot the truly dedicated is finding those people who can identify which season any given clip comes from by the length of Sam’s hair and/or his sideburns. It’s actually a running gag that it just gets longer and longer while he gets sadder and sadder as time goes on, among members of the SPN Family. It’s gone so far that there’ve been jokes that he’d eventually resemble a mopey Chewbacca in the future! To be fair though, Sam actually varies things up enough to the point that the truly observant can pick out which season is which.


For most people, a family business usually means a trade passed down through generations or else involves a physical business that has been kept in the family. The Winchesters’ particular enterprise is anything but ordinary, and, usually involves two things. Say it with us now – “Saving people hunting things.” Oh, and then there are all the jobs they pretend to have, in aid of their actual work. But generally, it’s the saving people and hunting things that is being referred to. And “Supernatural” fans have a hard time not mentioning the Winchesters’ family business whenever a real world one is brought up. It’d certainly make Mom and Pop shops more interesting…


Driving along a wooded road in the northern parts of North America, you may come across a road sign with a moose on it. One “Supernatural” meme features just that, with the moose destroying a car, and a sad Dean lamenting that Sam has destroyed his beloved Impala (more on that later). To anyone who isn’t a fan of the show, this is utter gibberish, but those in the know will recall Crowley’s nickname for Sam is “Moose.” This is a reference to “Rocky and Bullwinkle,” as he refers to the Winchesters collectively as “Moose and Squirrel.” What we’re wondering is if Crowley is Boris, then who are Natasha and Fearless Leader?


Bobby Singer is the gruff, dependable father figure that the Winchesters, and a lot of fans, needed and deserved. Whether he’s calling them idjits with an affectionate twinkle in his eye, or just helping them out by researching a monster they’re up against, Bobby is just the best. But he can also be tough on the boys when they need to hear it, and his words of wisdom can be helpful to anyone that hears them. Sometimes, putting your feelings into perspective is necessary when they get in the way of what you need to accomplish. Or, as Bobby would put it: [“Well, boohoo! I’m sorry your feelings are hurt, princess!”]


There are a wide variety of creative and hilarious insults delivered throughout “Supernatural”’s long history, but one of its most memorable is also one of its least creative: “assbutt.” It’s primarily associated with Castiel, thanks to his confrontation with Michael and Lucifer during the Apocalypse. The angel yelled the nonsense insult at the former before throwing a holy fire Molotov cocktail at him. No doubt he was trying to use a tough guy one-liner after being exposed to Dean. However, his adorable but failed attempt has become such an enduring and beloved insult, both within the show and the fandom, that we’re sure it completely baffles non-fans. [“Assbutt, I-I-I still don't get that.”]


In the real world, pentagrams, or pentacles, are often associated with devil-worship or dark magic. So it’s no surprise when “Supernatural” fans get some odd looks when they sport them on clothes, necklaces, or tattoos. In the world of “Supernatural,” the pentagram is actually used to ward against evil, which is its true purpose - when it’s not inverted anyway. It’s often used by the series’ characters, particularly Sam and Dean, as a means of avoiding demonic possession. The symbol also makes up the core of the boys’ anti-possession tattoos. Of course, their in-universe fans also sport these symbols, which is just all kinds of meta. They’re not the only ones though; in addition to expressing a fondness for Lucifer, demons, and viewing God as a deadbeat dad, some real-life “Supernatural” fans have their very own tattoos modelled after the Winchesters’.


While plenty of people have love affairs with their cars in real life, Dean’s is a bit more literal than most. He calls his 1967 Chevy Impala “Baby,” after all! The amount of sentimental attachment Dean has with his vehicle is important not only to him, but also the show in general. There’s even an episode told from the car’s “point of view!” So if a “Supernatural” fan ever spots an Impala on the street, you can bet they’ll call it “Baby” too - or at least they’ll stop to enjoy the view. Oh: Dean + Baby? Better love story than “Twilight.”


TV shows these days kill off their characters with a lot more regularity than they used to, but “Supernatural” has probably set some records both in frequency and in volume. If you tally up all of their deaths combined, Sam and Dean have died over hundreds of times throughout the seasons. Thanks to a time loop, Dean even died multiple times in a single episode, making Sam’s death count much smaller than his older bro’s. Life and death are kind of the show’s bread and butter though, and it’s a testament to the writers and actors that fans still cry with regularity whenever their favorite character gets killed off… again and again! So while other series have sad character deaths, “Supernatural” puts its audience’s hearts through the wringer on the regular!

Fan Art
It Gets Pretty Weird!

Still Not Being Over What Happened to Kevin Tran
We DON’T Want to Talk About Kevin!

Pie
Regular Dessert, or Better Than Heaven? We’re with Dean on This One!

Hunting
Lots of People Hunt, But What the Prey Is Determines If You’re a Supernatural Fan


“Carry On Wayward Son” is a song by Kansas, a ‘70s rock band. It’s also pretty much the unofficial theme song of “Supernatural.” That’s because the tune has played over the segment that recaps the past year of every season - except for the first. But that’s not all. Listening to the prog-rock number can elicit a lot of conflicting emotions in fans. This includes: 1) nostalgia at all the events that led up to the show playing it again 2) dread, because, despite the song’s lyrics, the events of the finales frequently make us want to cry and 3) excitement, since what follows is usually pretty epic. Also, it’s just an awesome song! We’re not so sure how much of that last emotion we’ll be feeling while watching the season 15 series finale; but in a fitting send-off, that same last episode is set to be titled “Carry On.” We’re not crying, you’re crying!
Comments ∧