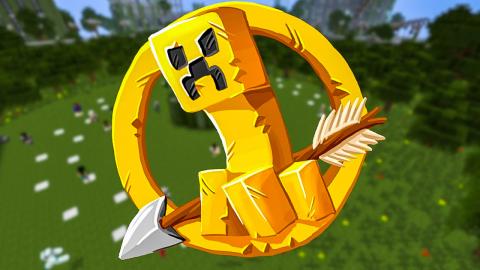 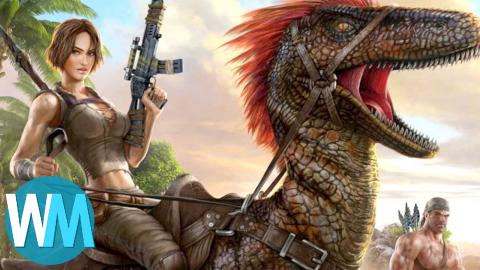 Top 10 Games Where Survival is Everything 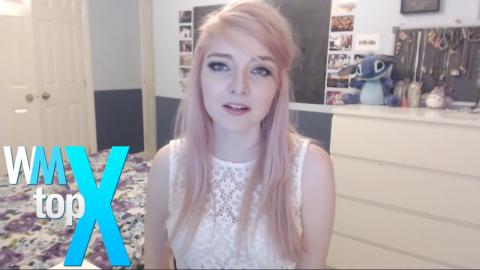 Top 10 Games with the Best Crafting 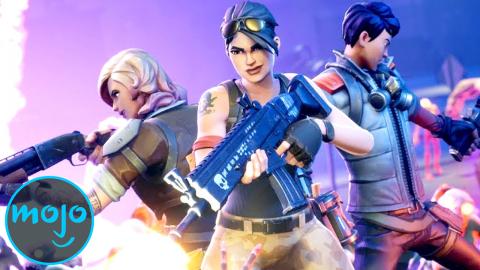 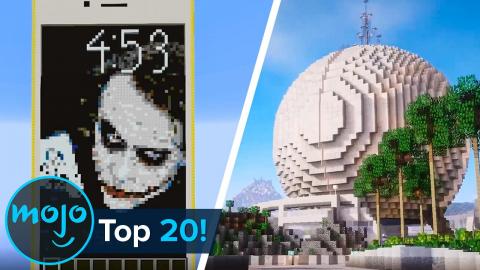 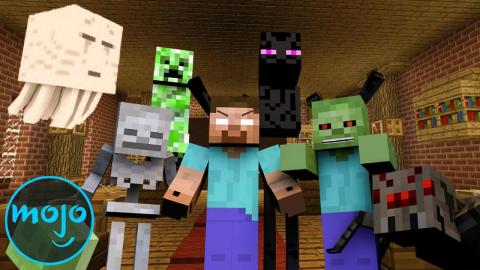 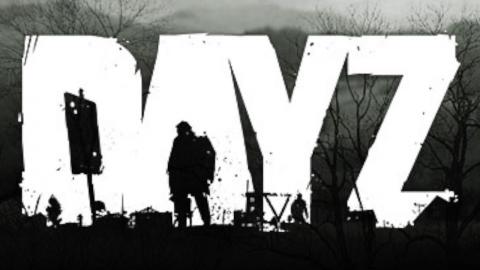 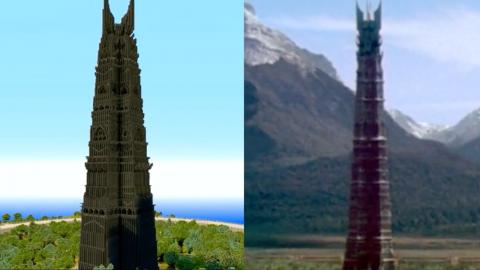 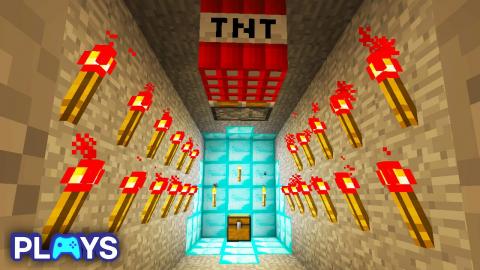 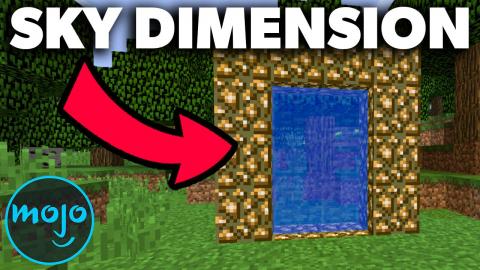 Top 10 Minecraft Ideas That Were Left Out Of The Game 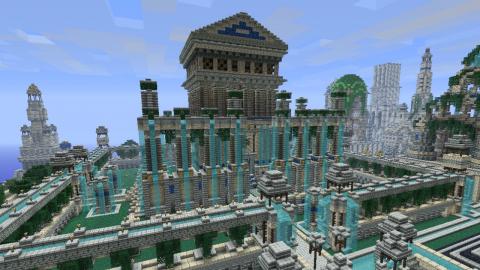 If you build it, they will come...and try to build their own version. Welcome to http://WatchMojo.com and today we're counting down our picks for the Top 10 Minecraft Clones.

Special thanks to our user “Lochlyn” for suggesting this topic using our interactive suggestion tool at http://WatchMojo.comsuggest

Whenever something is super popular, you can bet everyone wants to ride on its bandwagon. Welcome to WatchMojo.com, and today we’ll be counting down our picks for the Top 10 Minecraft Clones.

For this list, we’ll be taking a look at all the clones that were produced following in the wake of Minecraft’s rise to fame. As there are many similar games that took on the idea of survival and crafting, we’ll be limiting this list to the games that most resemble Minecraft in terms of aesthetics and gameplay. Keep in mind that as we are looking at clones of Minecraft, so some of these games may not be... well crafted.

This 2D side-scrolling game started off pretty inconspicuous -released during Minecraft’s beta, this game seemed like another cheap attempt at piggybacking off of another game’s success. However, in its 6 years of existence, it has managed to create an experience unlike most other games, even garnering its own imitators (Starbound). Bringing into the genre a more RPG like quality, Terraria features an array of bosses, weapons, combat, and fantasy like elements to make it stand out from the pack. While still receiving official updates to this day, it's great to see it grow.

This late-entry into the already-flooded genre came as a surprise to many. Taking the setting of the return to fame Dragon Quest series and implementing a Minecraft-like game seemed both strange and questionable... yet it worked. Combining the RPG and settings of Dragon Quest with the voxel look and crafting of Minecraft makes for a surprisingly fun game. It even featured its own unique camera angle, shifting between a 3rd person, to an isometric, providing a great view of the world around you, granting more appreciation for the things you craft.

While many consider Minecraft essentially the digital version of our favorite building block toys, that didn’t stop LEGO from jumping in on the action. While it was released in Early Access during the early days of Minecraft copycats, it has since managed to become all its own with a full release. While it still incorporates the Minecraft elements of building and exploration, it distances itself from the survival aspects to focus on an even larger scale of building. With a more casual outlook and even greater creative control, it has managed to obtain its own identity.

A sleeper hit in 2013, this little RPG eventually caught the internet by storm -thanks in part to its HEAVILY inspired Minecraft aesthetic. While its voxel style aesthetics really feel straight out of Minecraft, its gameplay is very different. Cube World does possess a robust crafting system, but it focuses more on RPG and gear-crafting, with little to no world building. A fun little RPG that -like many others- took advantage of the Minecraft hype and used the voxel aesthetic to gain an edge; unfortunately, that edge seems to have dulled as the game hasn’t seen an update in years.

One could tell just by looking at Survivalcraft that it is a fairly shameless clone of Minecraft. The aesthetics of the voxel design, right down to the very textures, look almost straight ripped out of Minecraft - from the archery, to crafting, to building structures, it doesn’t seem to skip on cloning the gameplay either. Yet despite all the rip-offs, this mobile game manages to use a few of its own unique features such as electricity and throwable explosives to set itself apart. A clone that -with a few small changes- tried very hard to offer a slightly unique experience.

This entry is an interesting one to say the least. Combining the voxel look of Minecraft with extremely well detailed textures, lighting, and actual 3D models makes up FortressCraft: Evolved, a sequel to FortressCraft (Fortress Craft). While its predecessor was much more grounded and more akin to Minecraft, Evolved saw a massive departure in terms of design and gameplay, featuring large-scale battles, enormous base building and oh-so much more. It's clear thatFortressCraft Evolved still wants to be a Minecraft clone, but at least it tried to create a new identity compared to its predecessor.

Who said Minecraft clones have to only focus on building? Combining a much more basic looking voxel aesthetic, Ace of Spades is a class-based FPS. Of course, being voxel-based isn’t enough to cite Ace of Spades as a clone to the popular crafting game, as you are able to destroy and build in each arena. By destroying parts of the level, you’ll collect blocks to create makeshift towers, walls, bases and so much more. While the combat is average, the build/destroy mechanics gave this game a somewhat fighting chance.

Putting craft in your clone’s name seems overdone, so why not just use “mine” instead? Another clear attempt at ripping off the original, Minebuild is an interesting one in that it uses the same look and design, but changes a few textures. What’s sad is that this is really one of the only things to set itself apart from Minecraft’s visual department, as it even seems to use the same models for some creatures and enemies. Its HUD seems to be the worse problem as you have giant arrows blocking nearly half of your screen, with not questionable opacity.

Where most clones like to reside on platforms that Minecraft itself resides in such as mobile devices, PC, and Xbox consoles, the Wii U managed to get a clone before Minecraft was even released on its console. Intended to help fill the void Wii U owners felt, CLIS focused more on an island-like setting, yet it still used, looked and played exactly like Minecraft. Aside from some nicer looking water, it offered little else new to the table. Build, craft, explore, the same old routine under a not-so-different look.
Before we unveil our number one imitator, let’s take a look at some dishonorable mentions.

It seems the best way to capitalize on a bigger game’s success is to create a clone as soon as possible and include at least one word from the original game’s title. An extremely cheap and very clear rip-off of Minecraft, PocketCraft first appeared on the mobile market around the time of Minecraft’s mobile release. Using near identical aesthetics in textures, items, and even the HUD, it also featured almost identical gameplay. Exploring a voxel world, fighting Zombies at night, and building a home, it’s a wonder why they don’t have to craft themselves a lawyer.

Send
“Holy hell have of thes arent even clones”

report
“survivalcraft isnt even a clone. just because you guys watch a video and dont even try the demo doesnt mean you can judge it. ”