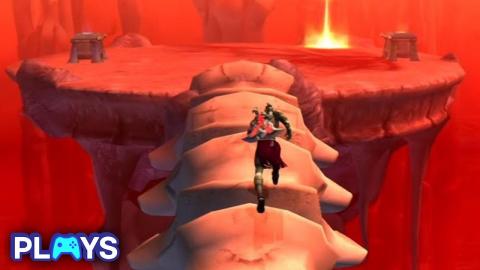 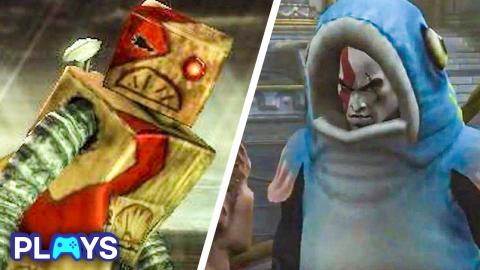 The 10 WEIRDEST Unlockables In God Of War Games 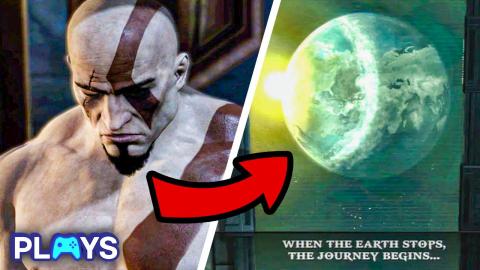 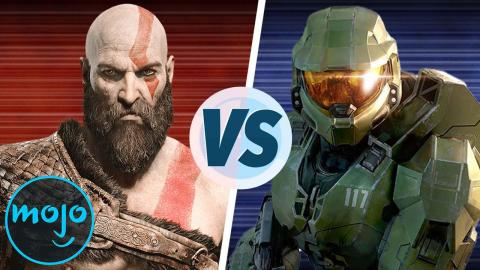 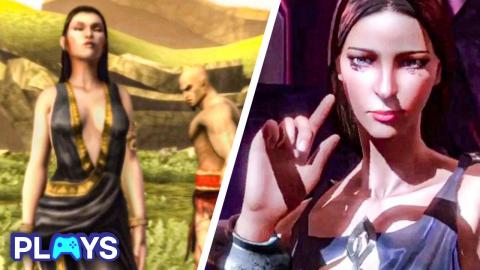 The 10 Sexiest God Of War Characters 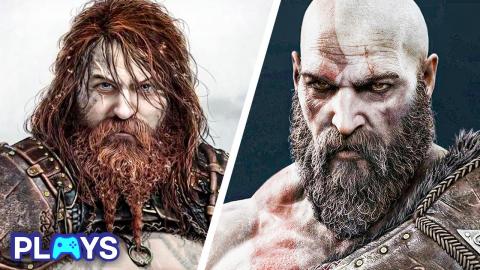 10 Things to Remember Before God of War Ragnarok 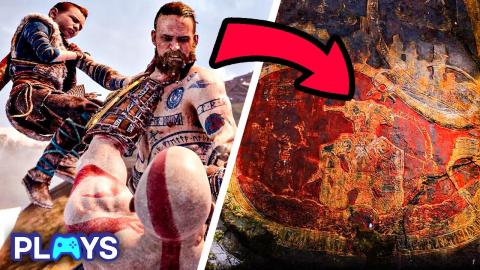 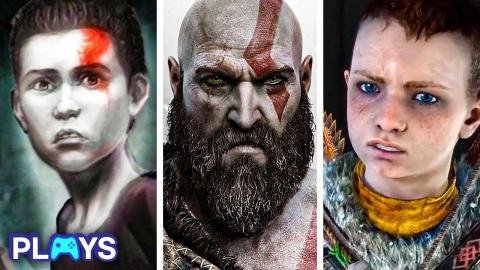 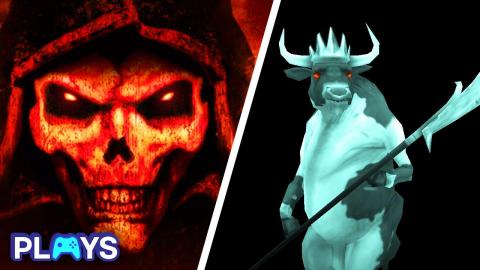 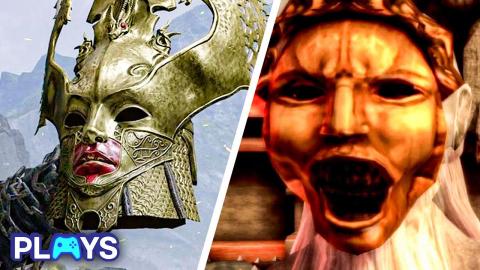 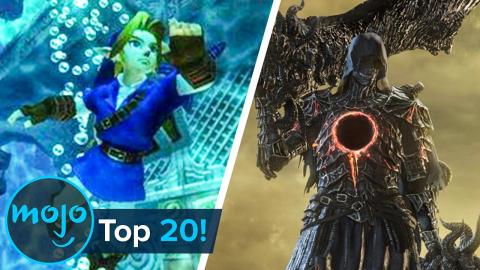 Top 20 Most Difficult Video Game Levels of All Time 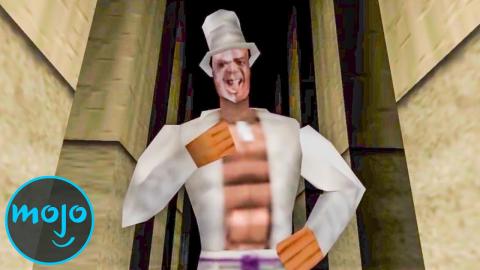 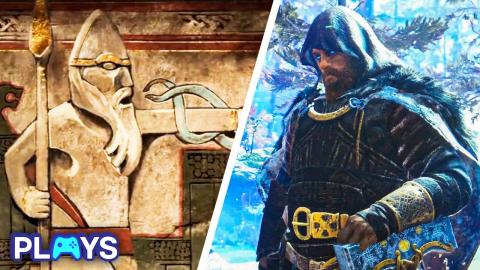 Welcome to MojoPlays and today we’re struggling to survive the 10 worst God of War levels. For this list, we’ll be looking at levels that were extremely frustrating or slowed the pace of the game to a halt. While none of these levels outright break the game, they definitely might’ve broken a controller or two. What were some of the most frustrating moments in God of War games you suffered through? Let us know down in the comments.

Starting off our list is a level that’s not so much designed poorly but which simply goes on for far too long. After attempting to escape from Helheim using an old ship, Kratos and Atreus must keep the many fires lit across the ship from going out, all while dealing with a seemingly unending horde of undead Helwalkers and other monstrosities. This isn’t even taking into account the number of times the ship becomes stuck on an obstacle and must be wrangled free, coupled with the fact that the longer the escape continues, the more the ship breaks apart around them. It’s a thrilling sequence to be sure, but especially on higher difficulties, it can feel like you’re trapped in a never-ending cycle of Purgatory from a level that overstays its welcome.

River of the Forgotten

In a moment when speed is of the utmost importance, Kratos attempts to reach a Spartan soldier fighting for his life but must first cross a river overlooking a waterfall. In order to accomplish this, Kratos must traverse 3 separate gears by rotating them using a crank attached to the gear in order to reach the next one and so on. However, because nothing is ever easy, Kratos is beset by numerous sword-wielding Undead Legionnaires and every time he lets go of the crank to deal with them, the gear begins to slowly rotate back to its original position. It’s a wholly frustrating ordeal when you nearly reach the next gear only to have your progress undone by dealing with lowly common enemy fodder who believe they’re a match for the God of War. And in the end, it was all for naught as the soldier is already dead by the time Kratos reaches him.

Sometimes a puzzle is just so outlandish, you wonder who would have realistically constructed it with the intention of someone using it on a daily basis. Such is the case with the Furnace Puzzle Kratos must navigate in order to continue his ascension of the statue of Apollo. In order to progress, Kratos must navigate a labyrinthian maze of corridors all in an attempt to reignite a flame that will get the furnace and thus the mechanisms working once again. Besides the completely obtuse clues the game tries to use to guide the player towards the solution and the numerous enemy encounters once the furnace is ignited, this is another puzzle that goes on for far longer than it should, confounded only more so by its confusing direction.

The moments after a tough boss fight are usually a reprieve for gamers. A time to pause and catch your breath before the next challenge. This is not the case with Euryale’s Defeat however. Immediately after besting the Gorgon, Kratos must solve an intricate puzzle dealing with not only time manipulation but also swimming sections as well. Combine the two along with the constant back and forth to move switches and levers, all while battling numerous foes who aren’t too keen on letting you finish turning that crank and the puzzle is just as much a challenge of patience as it is problem solving. As if all that wasn’t enough, Kratos is then locked into an elevator sequence in which enemies constantly fill the room as Kratos balances continuously raising the elevator and trying not to be subsequently crushed by it.

Given that this is the final challenge before reaching Pandora, The Labyrinth is just as much a test of strength as it is endurance. With endless shifting boxes littered with some of the most difficult enemies the game has to offer, Kratos and the player will need to survive an unending gauntlet of not only battles but challenging platforming puzzles while avoiding the box’s ever changing traps. This is even mentioning that after finding Pandora, she accompanies Kratos in his escape of the Labyrinth and ends up being as useless as Ashley in Resident Evil 4, constantly finding herself in predicaments that Kratos must rescue her from. Thankfully in the ensuing enemy encounters, the creatures are too focused on Kratos to pay any mind to Pandora so there’s no need to constantly rescue her during battles as well.

If there’s one foe Kratos seems destined to battle forever, it’s spinning blades of death. Within the Architect’s Tomb, Kratos must solve a puzzle that routinely forces him to cross the exact same gap filled with not only blades ready to cut him down, but also constantly shifting platforms just to make those jumps that require precision timing all the more frustrating. The puzzle itself isn’t all that complex and there’s plenty of room to maneuver during the numerous enemy encounters but it's the constant reuse of this one single gap specifically designed to cut your progress that makes this one of the most frustrating puzzles in the original God of War.

While Hera herself might not pose much of a threat to Kratos, she makes up for her lack of a boss battle with this excruciatingly long series of trials in her labyrinthian garden. As if solving a pre-Aperture Science Portal puzzle wasn’t enough, Kratos must then endure Hera’s berating of him before attempting to find his way out of her M. C. Escher Garden. Kratos must use Hera’s gaze from the enormous statue overlooking the garden to create pathways out of nothing in order to progress and these can only be viewed in the “green shade” from the statue’s perspective. Even this is on a time limit, so you need to have a route in mind before you even begin. Even after killing Hera, the puzzle just continues on seemingly in her honor.

They say music soothes the savage beast but this musical puzzle seems designed only to enrage him further. After acquiring Hermes’ boots, Kratos’ progress is slowed to a halt to play guitar hero on an enormous harp that fills the entire room. Players are given woefully little direction for this riddle besides “The Muses will show you the way” and then they do really anything but. In a series known for its quicktime events, you’d think the developers would have a pretty good handle on the timing of rhythmic button presses but Kratos’ responses to the onscreen prompts have just enough delay that players would almost need to be prophetic themselves or have suffered through multiple attempts in order to nail down the timing needed to complete this ridiculous puzzle.

In God of War 2018, Kratos’ combat encounters carry much more heft than his earlier adventures, and as such, so does Kratos himself. Kratos in 2018’s God of War is nowhere near as agile as his younger self, even lacking a dedicated jump option, which is what makes Niflheim such a frustrating experience. Besides the rogue-like ever shifting map and enemies, the entire realm is covered in a deadly fog meaning that Kratos and Atreus are essentially fighting on borrowed time as they explore the constantly shifting walls and blade traps within. It’s Kratos' lack of speed in a realm that clearly calls for it that makes what could be a fun rogue-like risk vs reward gameplay loop a chore coupled with the fact that much of the game’s best gear is within this realm.

The Path of Hades

A level so poorly designed, game director David Jaffe still apologizes and discusses its failures due to lack of play testing even today. After unceremoniously being sent to Hades, Kratos must navigate his way back to the world of the living, simply being too angry to die. What this entails however is truly worthy of the depths of hell. With precision platforming, numerous enemies on every path, and Kratos’ inability to balance on normal beams let alone ones that are constantly spinning and covered with deadly blades ready to cut your progress in half, they definitely make you work for your salvation. If you manage to survive all of this, the final ascension out of Hades involves an endless climb on a rotating pillar once again covered in blades. One scratch and it's back to bottom to start your climb all over again. THIS was the first “Getting Over It”.
Comments ∧