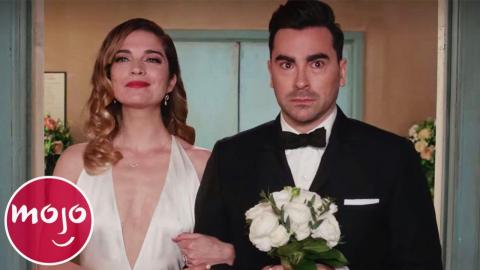 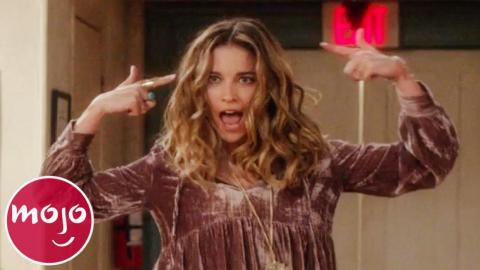 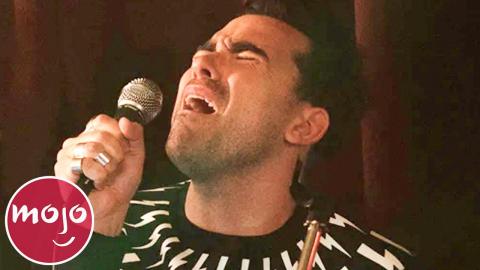 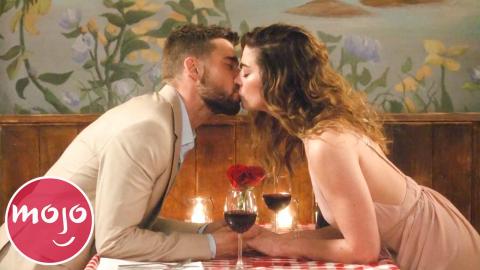 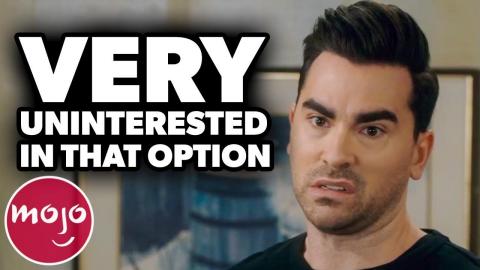 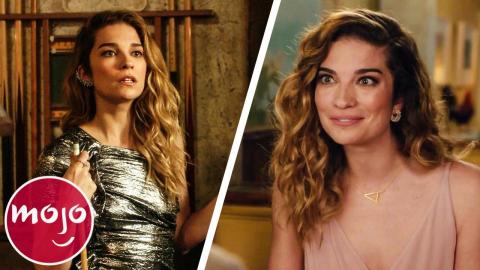 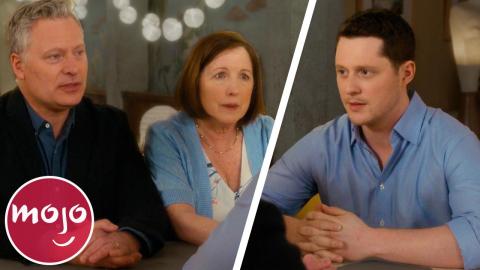 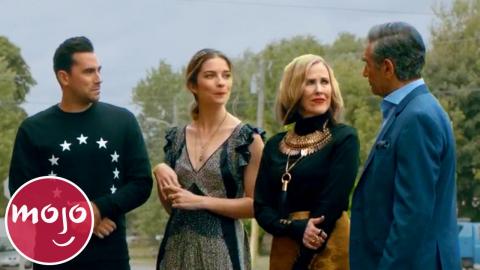 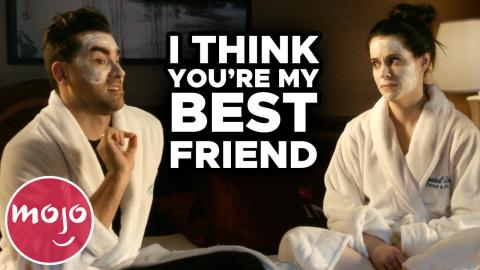 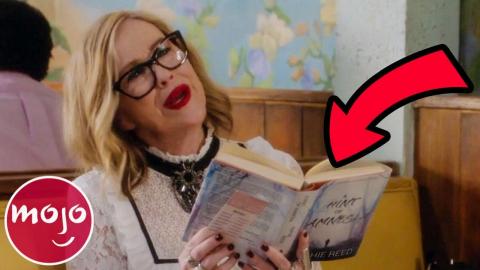 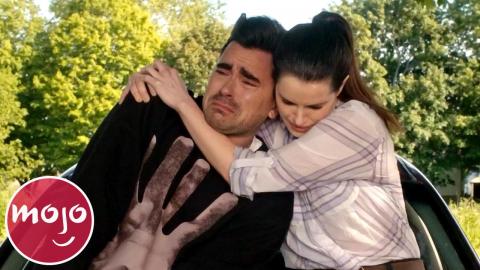 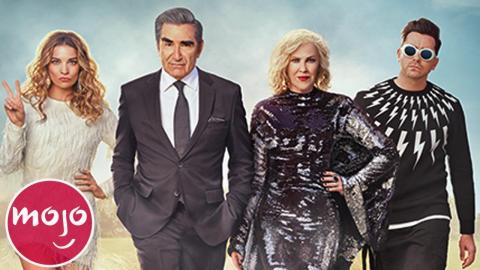 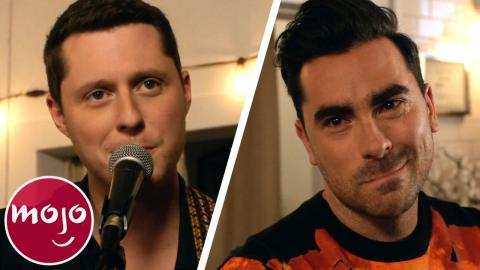 
Welcome to MsMojo, and today we’re counting down our picks for the Top 10 Best David and Alexis Sibling Moments on Schitt’s Creek.

For this list, we’ll be looking at the best moments that showcase David and Alexis Rose’s complex relationship as siblings on the Canadian sitcom.

Can you relate to any of these sibling moments? Let us know in the comments!


Anyone with a sibling can relate to Alexis’ seemingly constant disgust and exasperation with her older brother, which is most often conveyed by this simple line. While Alexis may say “ew” frequently and directed to various different things, it definitely feels a bit more pointed when it’s said to David. Even though she’s only said “ew, David” specifically a handful of times, her delivery and facial expressions have made this quote one of the show’s most memorable. This line so perfectly encapsulates so much of her relationship with her brother, and sums up why their sibling dynamic is just so entertaining.

#9: David Rose Tells His Sister to “Eat Glass”
“The Crowening”


Even after David and Rose both found loving, stable relationships with their respective boyfriends Patrick and Ted, they still couldn’t let up on their classic sibling rivalry. After Alexis teases David about his apparently monotonous relationship with Patrick, David immediately retorts with a roast of Alexis’ boyfriend, Ted. These siblings are competitive even over their significant others, and in this moment Alexis is winning. Although they have no reason to compete like this, it’s clearly getting to David and irritating him way more than it should. The final punchline of the scene is by far the funniest, and is definitely one of David’s most quotable lines.

#8: When David Learned to Ride a Bike
“Estate Sale”


Filled with confidence after learning to ride a bike for the first time, Alexis decides it’s time for David to learn as well, and who better to teach her brother but herself? David is clearly reluctant and nervous to learn, but nevertheless trusts his younger sister in this moment. Learning to ride a bicycle is a moment often shared with one’s siblings, and it’s sweet to see that even though they never learned as children, David and Alexis could still share this experience as adults. It’s an important bonding moment for the family, while never losing any of the hilarity guaranteed with a scene featuring all the Roses together.


This scene perfectly captures the exasperation and disappointment of finding out your sibling has eaten a snack you were looking forward to having before you could get to it. David eating Alexis’ yogurt instigates some classic bickering between the two siblings, with Alexis clearly annoyed further by the fact that David shows no remorse for his actions. However, the most relatable part of this scene might be how completely uninterested their parents Johnny and Moira are, despite being in the middle of the scene between David and Alexis. They’ve clearly learned how to tune out their children’s arguments, like many parents of bickering siblings have learned as well.

It may have taken a little while, but it looks like Alexis finally got even with David for eating her yogurt. David questions who ate his leftover cake, and Alexis’ nonchalant response admitting to it clearly bewilders and irritates David. He continues to express his outrage while still picking through the rest of the dessert, but this seems to have no real effect on Alexis. She even uses David’s annoyance as an opportunity to get in a dig about David’s complicated love life, which only prompts David to get more defensive. It’s always evident these siblings love each other, but they also definitely know how to get on each others’ nerves.


David doesn’t have a lot of confidence in his sister’s ability to be responsible, which apparently stems from a significant moment in their childhood. Those of us with siblings can relate to holding on to a similar grudge that, no matter how childish, was still important enough at the time to make a lasting impression. In this case, Alexis’ failure to keep David’s Tamagotchis alive instilled a deep sense of mistrust in David that has lasted well into adulthood as he worries about whether or not he can trust her with the store. It turns out David was right to worry, as Alexis does end up causing some problems in Rose Apothecary... so maybe his years-long grudge was justified after all.

#4: When David Helped Alexis Get Back with Ted
“Singles Week”


As much as his sister may annoy him, David clearly wants her to be happy, and will do whatever he can to make that happen. Sensing he needs to step in in order to help her get back together with Ted, David has a heart-to-heart with him and lays out all the facts to help prompt him to make the next move. This much needed talk is ultimately successful, and watching David’s face as he sees his sister finally happy again is absolutely heartwarming. No matter how much fans wanted Alexis and Ted to get back together, this episode proves no one wanted to see the couple reunited more than David himself.

#3: When Alexis Learned How Much David Worries About Her
“Driving Test”


One of the most tender moments between these two siblings happens while David and Alexis are driving back from David’s driving test. Alexis questions why David never comes to her for advice or seems to trust her, which brings up some long unspoken feelings for both siblings. David opening up about how much he worried about Alexis while she was off on dangerous adventures is a crucially important bonding moment for them that never would have happened if they hadn’t been forced to move to Schitt’s Creek. Alexis’ response to hearing this is just a slight smile, telling us this was something she really needed to hear and took to heart.

#2: When They Each Wanted the Other to Get Attacked First
“Our Cup Runneth Over”


One of the earliest and most memorable fights between these two siblings was after their initial move to Schitt’s Creek as they decided which beds they would take in their shared motel room. Each of them insisted on taking the bed furthest from the door to avoid being the first to be murdered in a hypothetical home invasion. This was totally the type of argument only two siblings could have. It doesn’t matter that they’re arguing over an implausible hypothetical, the only thing that matters in this argument is winning. This was definitely the moment that made audiences realize the show’s writers knew how to capture unique family relationships just perfectly.

When David Gave Alexis a Much Needed Pep Talk, “The Bachelor Party”

#1: When Alexis Walked David Down the Aisle
“Happy Ending”


This is without a doubt the most touching and heartfelt sibling moment in the entire series, and it definitely makes us tear up a little every time we watch it. David chose Alexis to walk him down the aisle for his wedding, and although she, in total Alexis fashion, stole some of the spotlight by showing up in a wedding dress, it’s still a beautiful symbol of their bond as siblings. It’s obvious David is so excited to have his sister there supporting him, and Alexis is clearly incredibly proud of her older bro. This scene truly shows how far these siblings have come since they were fighting over the beds in the motel and after six seasons of incredibly well-written character growth.
Comments ∧