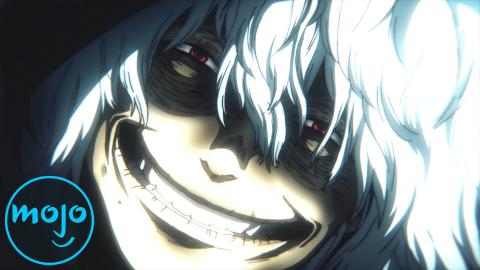 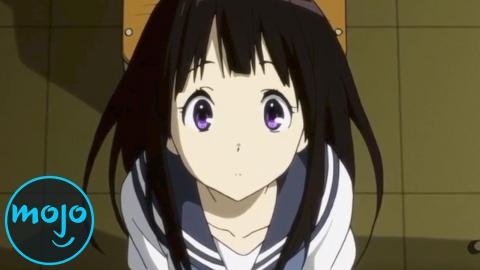 Top 10 Anime Characters That Are Too Pure For This World (ft. Todd Haberkorn) 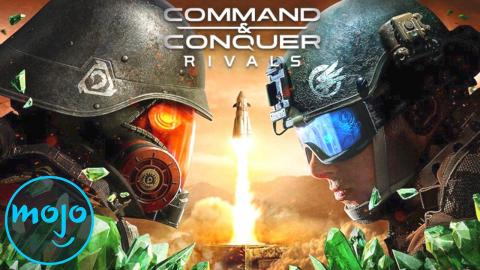 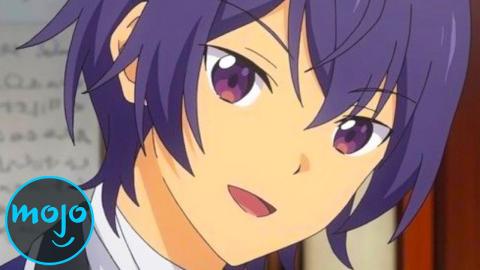 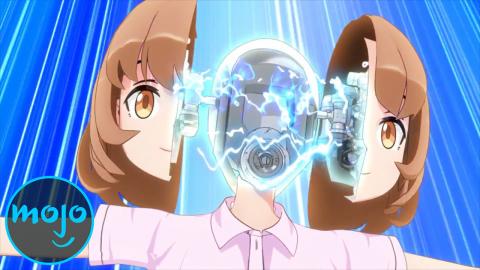 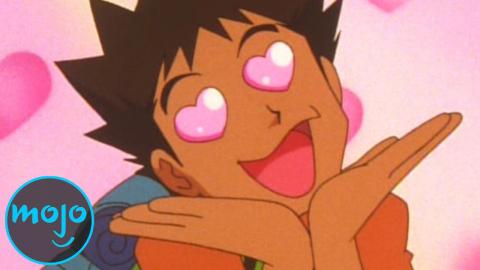 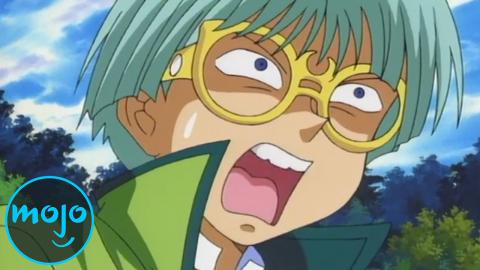 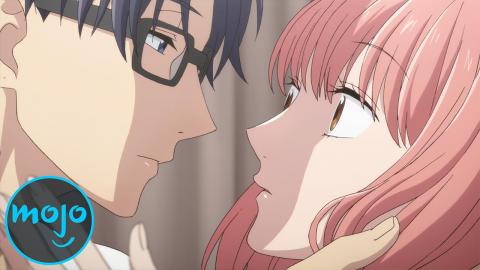 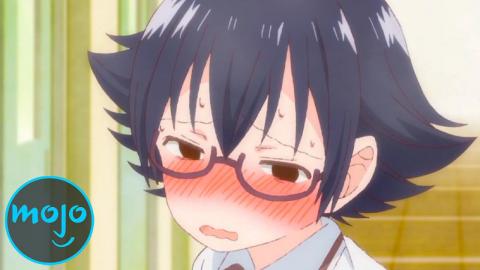 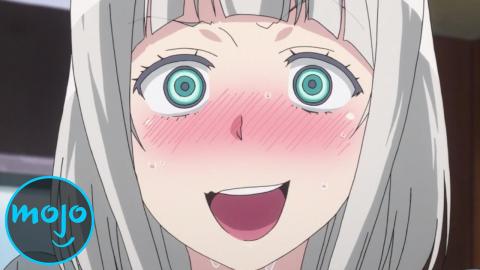 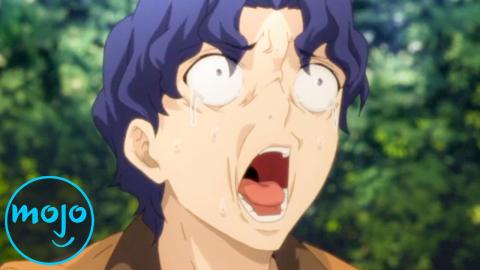 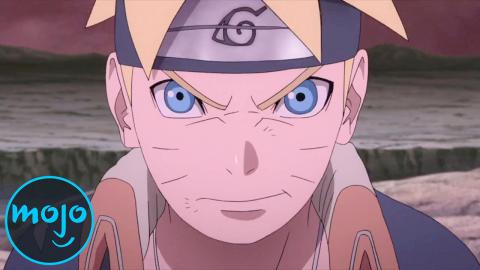 VOICE OVER: Todd Haberkorn WRITTEN BY: Alex Crilly-Mckean
Well…that was an unpleasant viewing experience. Welcome to WatchMojo, and today we are counting down our picks for the Top 10 Anime Scenes That Are Hard to Watch.

For this list, we'll be looking at the moments in anime where the content was so cringe-worthy, all we wanted was to erase the last hour from our memories. Keep in mind we're not talking about horrific or mature content that would traumatise anybody, more so the social awkwardness that somehow comes across as even more painful than your average anime death scene!
Transcript ∧

Top 10 Anime Scenes That Are Hard to Watch

Well…that was an unpleasant viewing experience. Welcome to WatchMojo, and today we are counting down our picks for the Top 10 Anime Scenes That Are Hard to Watch.

For this list, we’ll be looking at the moments in anime where the content was so cringe-worthy, all we wanted was to erase the last hour from our memories. Keep in mind we’re not talking about horrific or mature content that would traumatise anybody, more so the social awkwardness that somehow comes across as even more painful than your average anime death scene!

We’ve all had those moments…the times where our parents caught us doing something we shouldn’t have, to the point where you’re unsure if they even love you anymore. Well, as it happens whatever shame haunts you, it’s likely got nothing on the time Tomoko’s mother caught her listening to raunchy audio of a famous actor. See, after getting him to record some weird lines for her, Tomoko mashed them together so they sounded as…erotic as possible. Only for her mother to walk in while the audio is still playing and…yeah, the look on her face says it all.

On the one hand, you have to love how Hina went out of her to try and make her yakuza caretaker happy by cleaning his apartment. Too bad the results were utterly calamitous. After accidentally breaking an expensive vase, things just fall off the rails – sheets get tossed out the window, water is spilled everywhere, crockery gets smashed to pieces, she eats all the salmon roux in the fridge. Good intentions, horrible execution. Just the price of repairs alone is enough to make you shudder.

Oh Kaido. You’re our favourite character, you’re funny as hell, but by the grace of Dark Reunion boy – you need to learn to read the room! In a fond farewell to a graduating third-year friend, Kaido eagerly recounts their many adventures. Their many, imaginative, highly-nerdy, super embarrassing adventures where both pretended to be superpowered badasses who fought evil and unleashed dialogue that only the most painful of fanfiction writers would dare utter. And he discussed all this in front of the entire school. The second-hand embarrassment is strong with this one.

The Service Club will go out of their way in order to help their fellow students with their everyday problems in the most unorthodox ways imaginable, though you have to wonder if Hachiman REALLY had to throw himself on a sword just to save a fellow classmate who was going through a rejection. In order to ensure a group’s dynamics remains the same, Hachiman takes the ultimate plunge by getting turned down by a girl in his stead, and as such loses a lot of standing with the girls that he ACTUALLY likes. The dude just can’t win!

In some ways, Naruyuki could be seen to be living out the dream here – after all, how many guys can say they’ve ended up giving intimate massages to his beautiful classmate and their sizzling teacher? Of course, none of them recognise him because he’s stuck in a mascot suit, nor do they expect him to have magic fingers that bring them to the edge of nirvana! It’s awkward enough seeing the young tutor get way too into it, but the tipping point comes when the mascot suit falls off. No amount of backrubs is going to make up for that!

#5: Pretty Much Any Magical Performance

She wants to be a magician, she’s adorable as can be, and she has crippling stage fright. What happens when you put all that together? Plenty of failed magic acts that more often than not leave poor Sempai in rather compromising positions. Seeing her constantly lose her clothing is pretty standard fare, but when she fails at the most basic of performance arts, like the time she tried to pretend cutting money in half…only to actually cut it and was forced to pay compensation…that’s just soul destroying.

Then again, maybe Sempai was better off sticking to her clumsy routine, because nothing can compare to the self-serving travesty that was this little announcement. After deciding that the obvious solution to stop a demon threat is to send a bunch of magical kids off to fight them, resident isekai-Jesus Shin Wolford decides the group of underdeveloped wastes of oxygen deserve a group name. One befitting of their apparent talents. What does he come up with? The Ultimate Magicians. And the kingdom sings their praises like it’s the greatest thing on the planet. Whereas the rest of us just shake our heads in protest.

She just wanted to live out her fantasy and fall in love with a quiet otaku besides a riverbank who happens to spout deep dialogue about the wind! Was that really too much to ask? Apparently so, because each and every attempt this bumbling bookworm makes in order to get herself the boy of her dreams (which happens to take the form of Hidenori) ends in complete disaster. Either she hurts herself, someone gets in the way or the exchange gets so awkward both would rather jump into the river and drown, the list goes on and on.


If I’ve said it once I’ve said it a billion times before – dental hygiene should never be used as a catalyst for incestuous fun times. Then again, that really only applies to Araragi and Karen, when they decide to play a rather kinky game of…brushing her teeth? Yes, it’s weird, yes it goes on for far too long, but at least Karen got the plaque between her gums absolutely decimated… right? How dare the two of you defile the holy practise of dentistry!

What…are you even supposed to do in a situation like this? Having the world’s strongest man show up in your bedroom is already terrifying enough, but him invading his son’s house just to give him a lecture on the birds and the bees WHILE he’s in bed with his crush? That’s a whole new level of uncomfortable, especially when he starts telling the two to keep going at it until their bodies can’t take it anymore…because that’s apparently a way to become strong?! The fact this somehow works just makes this whole situation wrong on every conceivable level!
Comments ∧