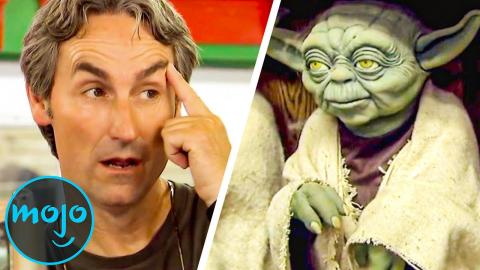 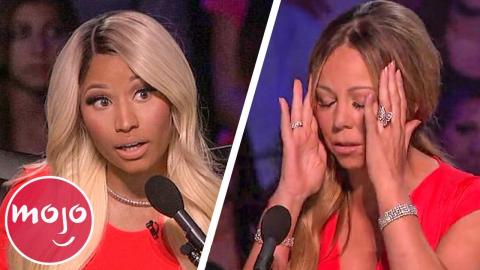 Top 10 Behind the Scenes Facts About American Idol 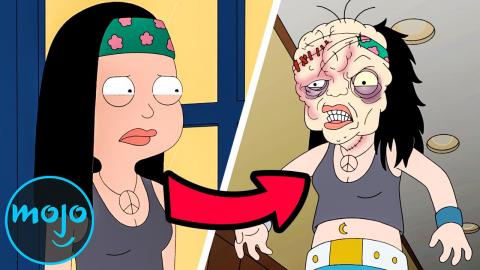 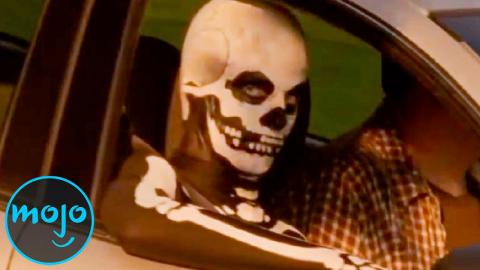 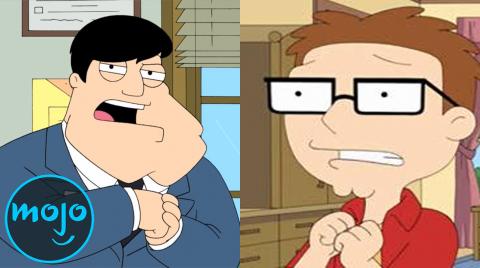 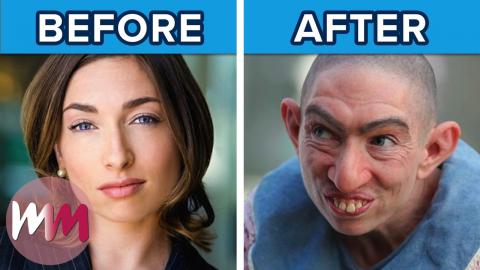 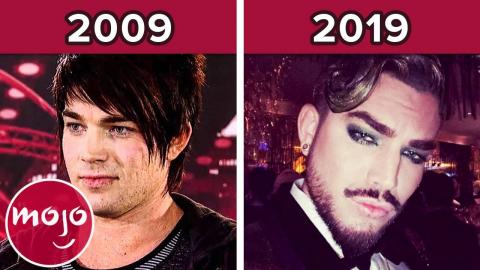 Top 10 American Idol Runners Up: Where Are They Now? 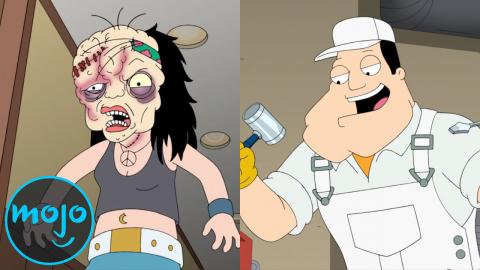 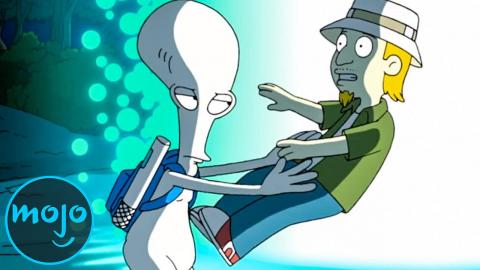 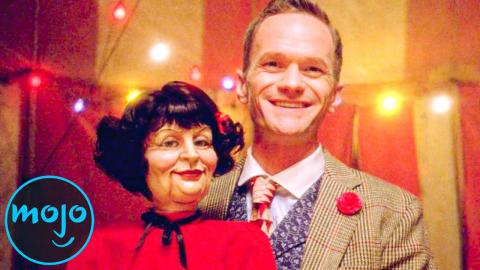 Top 10 Stars You Forgot Were on American Horror Story 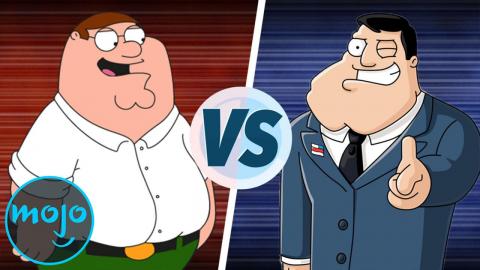 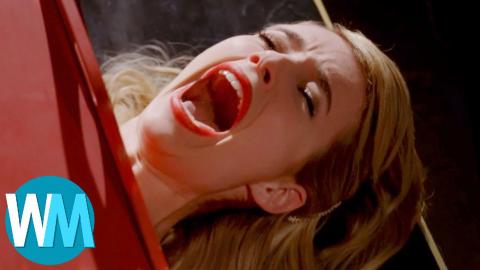 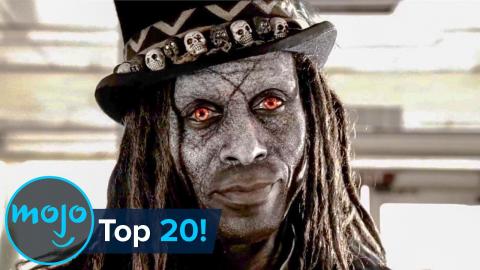 VOICE OVER: Rebecca Brayton WRITTEN BY: Garrett Alden
These sure are some crazy things found on American Pickers.
Transcript ∧

These finds are more gold than rust! Welcome to WatchMojo, and today we’ll be counting down our picks for the top 10 crazy things found on “American Pickers.”

For this list, we’re looking at the most valuable or unusual things found on the reality TV show “American Pickers.”


While exploring a collection in Louisiana, Mike and Frank come upon an early 20th century horse-drawn wagon from New York. Although the duo often comes across things like this on their picks, the wagon’s condition is what draws their eyes, along with the advertising painted on it for Jell-O. Not only is the wagon a great reminder of how long the dessert has been around, but the Pickers also managed to buy it and sell it to a Buffalo, New York museum - helping return the wagon closer to its place of origin and keeping it part of their local history.


While they are the “American” Pickers, these antique archaeologists also travel to other countries in search of old and rare objects. The show’s tenth season began with a trip to Italy. While there, Mike and Frank drop by the house of an old friend of Mike’s, who reveals he’s trying to sell some motorcycles that belonged to a late acquaintance. One of these bikes is a Zundapp KS 750, a motorcycle with a sidecar used by the Germans during World War II. Needless to say, something like that rarely finds its way to the other side of the Atlantic, so after some negotiating, Mike and Frank are able to snap it up.


Usually when Mike and Frank want to buy something, especially automotive related items, they want them to be original. However, sometimes the item is just too cool to pass up. While picking in California, the boys are directed to a man nicknamed “Low-Ball” Lou, who catches their interest with a hot-rodded, chop-topped Dodge A100 truck. Besides the brilliant orange color, the hotrod look really appeals to Mike and Frank. Unfortunately for the former, only Frank is short enough to drive it. Following some back and forth, and a little help from Lou’s wife, they’re able to purchase this one of a kind vehicle.


With a lot to do back home, Mike sends Frank and his friend Dave to Florida to meet with collector Pat Regis. Regis has gotten his hands on a cycle car, an early 20th century combination of a car and motorcycle that was cheaper than a full-sized car. Made by Merz in 1914, this model is incredibly rare. Also incredible is the fact that Pat is keeping it inside a room and not in a garage! Pat is a tough negotiator, but so is Dave, and the two are able to agree on a price that Mike can live with.


While picking Jan and Sandy’s place in South Dakota, Mike and Frank find a 1935 Auburn Phaeton 653. Although some Auburns can draw big money, this particular convertible model isn’t worth as much as Jan was hoping to get for it. However, the pickers convince him to part with it and dig it out of his barn; promising to return to let him drive it once they’ve had it restored. Sadly, Jan passed away before they could get it running; but Mike kept their promise to Jan and returned to let Sandy drive it in his stead.


Some items are so rare or valued that people consider them their own personal Holy Grail. One of Mike Wolfe’s is the Von Dutch XAVW. Von Dutch was a famous motorcycle artist and customizer, and this custom bike was one he assembled from cast-off parts, including a rare Harley XA frame with a VW engine; hence the name. Mike is over the moon about being able to acquire the bike, and while at first in no hurry to let it go, he eventually loaned it to the National Motorcycle Museum in Iowa so it can be enjoyed by anyone.


When Mike and Frank pick a sideshow attraction, the duo comes across one of the most unusual items they’ve ever found – Wolf Boy. Although presented as a miniature, mummified creature with fangs purportedly from Peru, Wolf Boy is actually the creation of famous roadside attraction artist Homer Tate, who made many similar faux creatures and oddities out of papier-mâché and bones during the 1940s and 50s. While it may not be either of the things in its name, Wolf Boy is still a crazy piece of work that the boys just had to have.


Although the pickers usually buy things made or manufactured, they do occasionally buy taxidermy items. One such occasion sees the pair pick up a stuffed elephant’s head (although the tusks and ears are false), after their store manager Danielle requests something unusual. However, it’s so expensive and strange, that she has to look to a big time buyer to make a profit. And boy does she end up finding one – the White Stripes’ singer and lead guitarist, Jack White. White makes for an especially fitting customer, since the White Stripes’ fourth album was named “Elephant.” Although they don’t settle on a monetary price together, White works out a trade with the pickers.


While picking in California, the guys visit Sandy, who has an impressive collection of movie memorabilia. Although there are plenty of cool items in it, one of the most impressive is her collection of prototype Yoda models. Created by Lucasfilm employee Mario Chiedo, these models were based on the original concept statue for the “Star Wars” character. Although Mario himself is only able to confirm that one of them was definitely made by him, Frank is able to work out a price with Sandy. An impressive buy, this is!


While the pickers have bought plenty of rock n’ roll related items before, this is one of the few automotive items they’ve discovered with a music connection. The previous owner, Phil, found a van with a bald, bearded man and the word Aerosmith written on the side of it when he got his Massachusetts property. Through some connections, Mike is able to contact original Aerosmith guitarist Ray Tabano to authenticate it. Although the price they pay for the van is pretty steep considering its condition, the guys are able to get the van fixed up and eventually reunited it with Aerosmith in Las Vegas.
Comments ∧