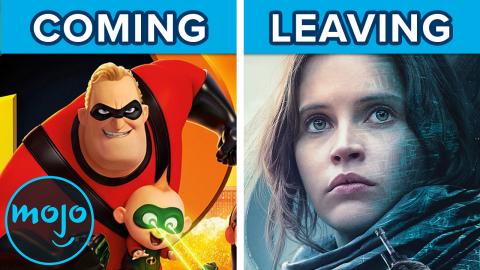 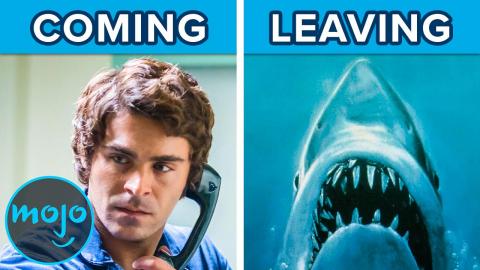 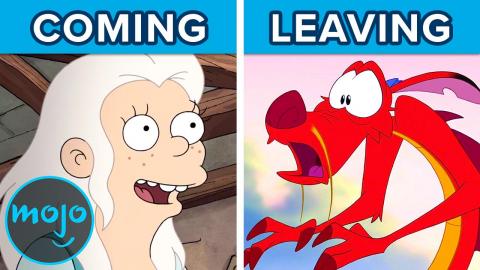 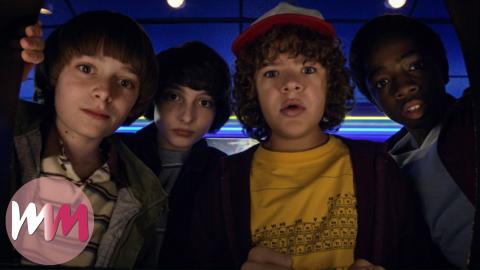 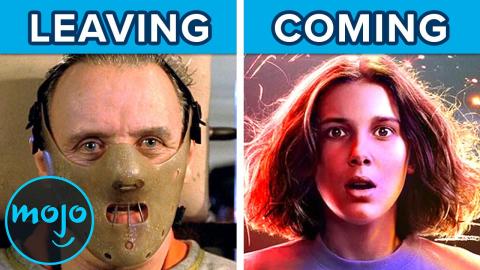 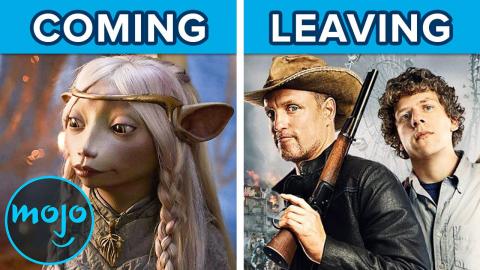 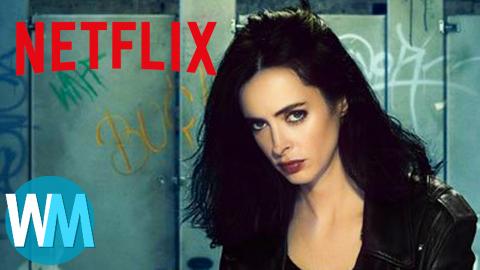 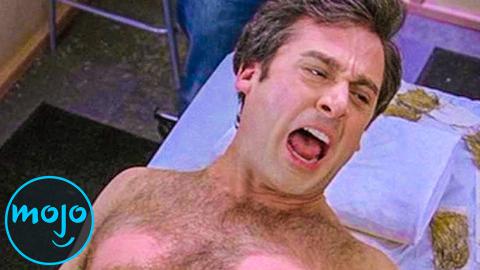 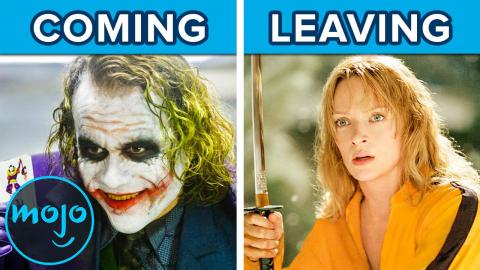 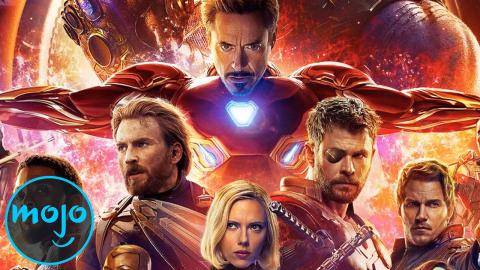 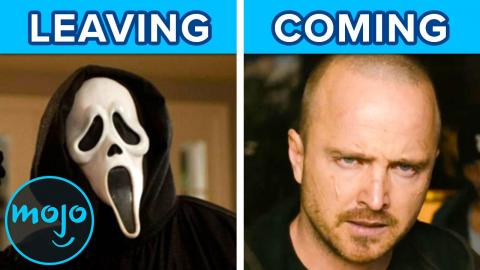 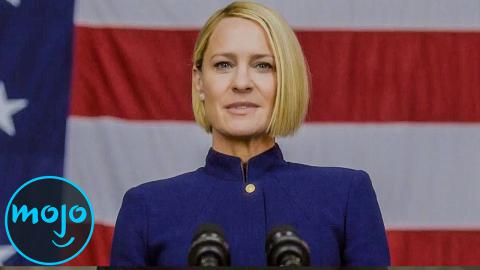 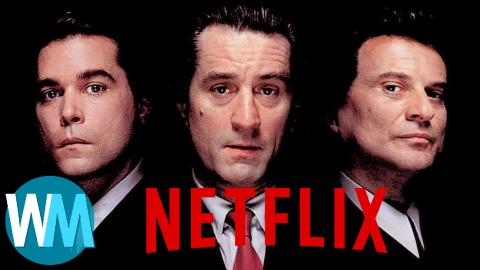 
For this list, we're looking at 5 of the best properties that Netflix will sadly be dropping come January 2019, as well 5 of the best incoming titles for you to get excited about.
Transcript ∧


For this list, we’re looking at 5 of the best properties that Netflix will sadly be dropping come January 2019, as well 5 of the best incoming titles for you to get excited about.

Author Stephen King might not be counted among its legions of fans, but Stanley Kubrick’s 1980 adaptation of “The Shining” is widely considered to be one of the greatest horror movies ever made. The infinitely quotable performance by Jack Nicholson is just as compelling and terrifying after a dozen viewings as the first time you step into the Overlook Hotel. “The Shining” might feel slow by modern horror standards, but give it a chance; it’ll crawl under your skin and lay the eggs of a very different kind of fear. Sadly, as of January 1st, 2019, you’ll have to go elsewhere for your dose of “red rum”.

Carmen Sandiego - it’s a name from your past that you likely haven’t heard or even thought about in years. But if we had to guess, we’d say that the feelings and vague memories that it’s stirring up are overwhelmingly positive ones. The educational video games were first released in 1985, and their popularity saw Carmen become a multimedia children's entertainment franchise. Now, Netflix is reviving the fan favorite character in an all new animated series - the first of its kind since 1999. In a move that shows that they have great faith in the series, Netflix cast such big names as Finn Wolfhard and Gina Rodriguez, the latter of whom will be voicing the titular character.

Director Brad Bird’s first animated feature flopped spectacularly at the box office, but it’s since become a cult classic. While cinemagoers failed to see the film’s appeal, it wasn’t missed by critics, who heaped mountains of praise upon the heartwarming story. It’s the sort film which, had it been made a few years later by the good people at Pixar, surely would have been a runaway success. 2D-animated as it is however, “The Iron Giant” does its 1968 source material proud, at once tapping into sci-fi fears and exploring the fundamental virtues of friendship without superficial judgement. As of January 1st however, you’ll need to look elsewhere for this important lesson.

Where the 2004 film with Jim Carrey failed, Neil Patrick Harris and the good people at Netflix succeeded in launching a proper franchise. A tv series was always the way to go when adapting the melancholic tale of the Baudelaire Children. Season one and two adapted four and five of Lemony Snicket’s novels respectively, and both seasons were met with critical acclaim. With season 3 however, we have unfortunately reached the end of Lemony Snicket’s story, and it’s time to say goodbye to the Baudelaire children and the delightfully evil Count Olaf. Though we’re sad to see the series come to its conclusion, we can’t wait to see what this last chapter has in store.

When this movie was announced, it made people nervous. Star Wars fans were happy to be getting more content, but the concept of anthology films felt risky - and the story unnecessary. Thankfully, “Rogue One” proved that even armed with an unfamiliar cast of characters, the galaxy far far had more stories worth telling. Starring Felicity Jones and Diego Luna, “Rogue One” shines a light on the once nameless band of unlikely heroes who stole the plans of the Death Star. It provides context to the original Star Wars trilogy in ways that we never thought we needed or wanted. We’re really glad it happened though, and we’re sad to see it leave Netflix.

Nobody makes television quite like Brad Falchuk and Ryan Murphy, the same creative duo that have brought us such content as “Glee” and “American Horror Story”. With “American Crime Story”, Falchuk and Murphy serves as executive producers on a series developed by Scott Alexander and Larry Karaszewski that dramatically retells some of the greatest, most buzzworthy crimes in American history. After captivating audiences in season one with the trial of O.J. Simpson, the series followed-up with the mysterious killing of fashion icon Gianni Versace. Like its predecessor, season two was bombarded with Emmy nominations. For those who missed it, here’s your chance to catch up on one of 2018’s best limited series.

It’s easy to bemoan the state of modern horror cinema, but films like “It Follows” inspire hope. The premise of the movie is relatively simple, but expertly executed: a supernatural being pursues its prey mercilessly, only stopping when that person is dead or has sex - at which point the curse is transferred to the new sexual partner. The film navigates the familiar suburban teen landscape in a way that makes it feel fresh, and engages with the notion of teen sex in a provocative way. Maika Monroe’s Jay is a modern “final girl” fit for a new generation, helping to elevate this unique film to the status of a modern horror classic.

Hugely successful music festivals feel like they’re a dime a dozen these days, but a high profile event that fails spectacularly? THAT’s compelling. In this new Netflix original documentary, you’re invited along on a truly unique experience to a music festival that was billed as the most exclusive, luxurious event of its kind. Chances are that most people watching this video couldn’t afford to go. It turns out that that’s a good thing, because as the title of this documentary suggests, it never really happened. The brainchild of Ja Rule and Billy McFarland, FYRE was a mismanaged nightmare worse than anyone could have imagined. Now you get to watch the chaos from the comfort of your couch!

Francis Ford Coppola’s 1972 crime drama is one of the greatest films ever made. Featuring phenomenal performances by both Marlon Brando and Al Pacino, it is THE definitive gangster film, surpassing all others with only one possible exception… its own sequel. Though it was less well-received than the original at the time of its release, there are many who, with time, have come to feel that “The Godfather Part II” is the superior film - expanding upon the original film in unexpectedly satisfying ways. It could be debated forever; all we know for certain is that both films are fantastic, the third film is weaker but nonetheless worth watching, and all three leave Netflix January 1st, 2019.

“Indiana Jones and the Kingdom of the Crystal Skull” (2008)

Making his second appearance on our list today, Brad Bird sure has come a long way. After “The Iron Giant”, he followed up with 2004’s hugely successful Pixar film “The Incredibles”. Fans everywhere (young and old) fell in love with this remarkably relatable animated family of superheroes. Audiences were clamoring for more, but it would ultimately take almost a decade and a half before a sequel finally found its way to theaters. Thankfully, good things do indeed come to those who wait, and in addition to being a huge financial success, “Incredibles 2” proved to be every inch worthy of the original. Lucky us… we get to binge watch it on Netflix starting January 30th!
Comments ∧