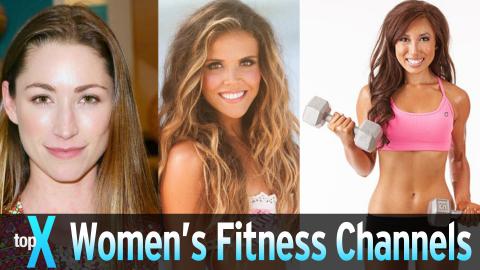 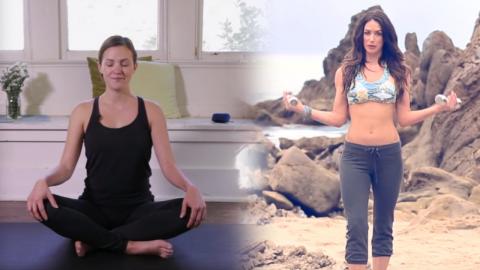 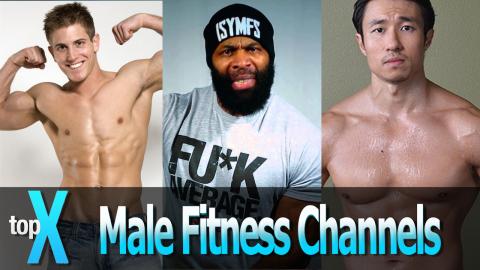 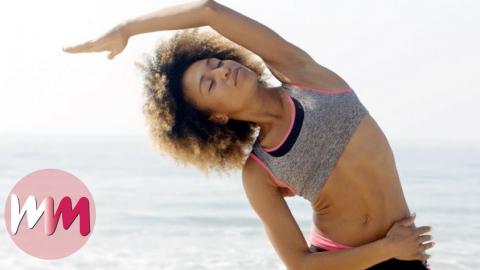 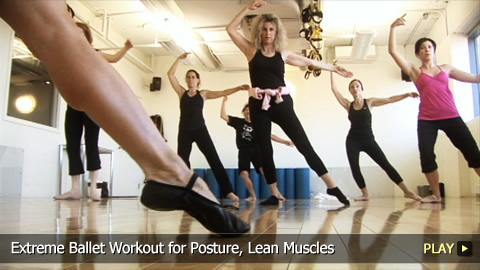 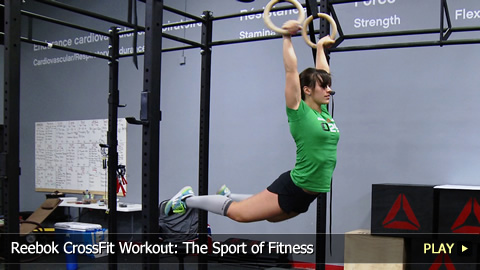 CrossFit Workout: The Sport of Fitness 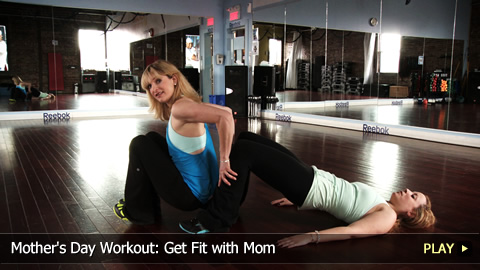 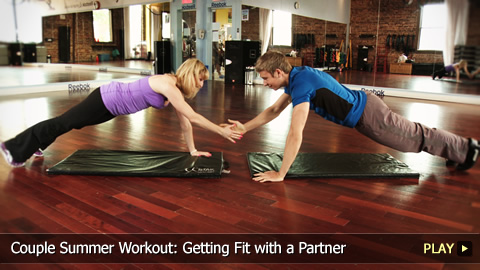 Couple Summer Workout: Getting Fit with a Partner 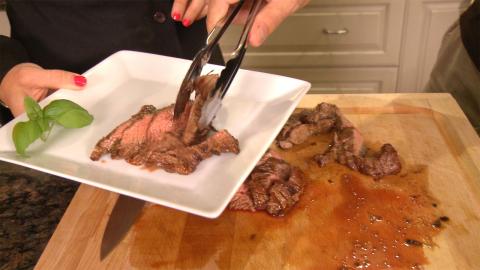 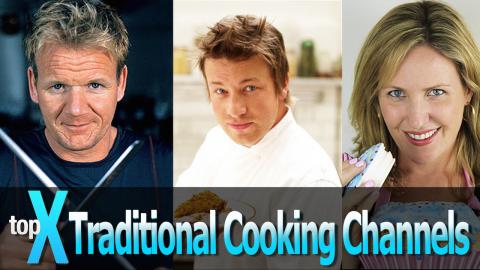 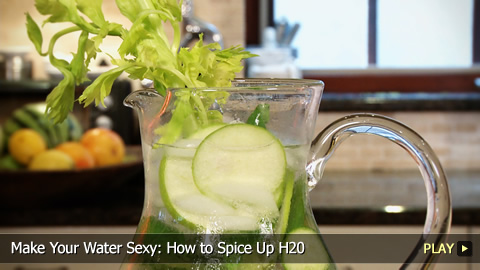 Make Your Water Sexy: How to Spice Up H20 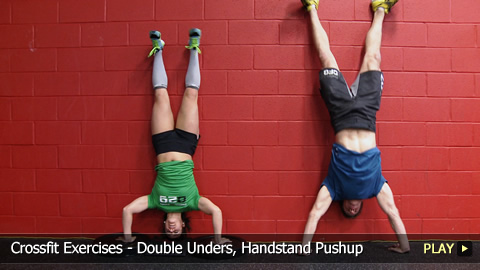 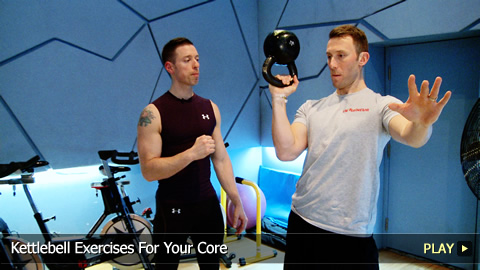 Kettlebell Exercises For Your Core

VOICE OVER: Dan Paradis
Welcome to the twentieth episode of TopX, the brand new http://www.WatchMojo.com show where we countdown the very best that YouTube has to offer! Today we're toning up for bikini season and counting down Top 10 YouTube Women's Fitness Channels on YouTube.
Transcript ∧


Last week, we took a look at Men’s Fitness Channels. Seeing as men and women usually have very different goals when it comes to fitness and exercise, this week we’re switching it up and taking a look at channels aimed primarily at the feminine gender. We ranked this week’s picks mostly on subscriber numbers, but also factored in views, votes from our users, personal preference and general impact on the YouTube Community.

As with our last list, even though many of these channels endorse products of their own, we are judging our picks based solely on their merits as a YouTube Channel. We do not endorse, vouch for or recommend anything these guys and galls may be selling.


- When you’re counting down YouTube channels, you often find yourself talking about eccentric personalities and compelling hosts. In that sense, Passion4Profession is a bit of an oddity. It’s easier to show you what I mean here.
- As you can no doubt see, Passion4Profession’s videos are all animated and voiced by a semi-computerized voice. However, what they lack in personality, they make up for in volume and detail. Each exercise is presented in a clear, step-by-step way. The use of animation allows the videos to show exactly what they want, when they want, isolating muscle groups or quickly demonstrating positions that would be very difficult to convey with a regular host.
- Probably the strongest aspect of this channel is the playlists, which are all organized into workout packages. These are, for lack of a better word, the complete package, as they even factor in recovery times between exercises.
- While they haven’t updated their channel in a few months, there’s still a huge backlog of clips on their channel, and they even have a fitness app for your smart phone that you can bring with you to the gym.


- Doing a complete 180 from our first entry, here we have a channel with a single, on camera host and a specific focus – YOGA! Tara Stiles is the founder of the Strala Yoga studio in New York and the creator of the Stala style of Yoga. Lucky for you, she’s got a YouTube Channel now, so you don’t have to go to New York and pay for the classes to get some top-notch instruction.
- Tara strives to make Yoga more accessible. Although her classes, and thus her videos, are broken down into categories like STRONG, ENERGIZE and GENTLE, all of the exercises are meant to be relatively easy to perform
- Tara’s even received endorsements from Deepak Chopra and the queen of fitness videos herself, Jane Fonda. If Barbarella says she’s good, you know it’s gotta be true.


- Assuming you watched our Alternative Cooking Channels episode a few weeks back, you should be familiar with POPSUGAR for their food channel – amongst others. You “got the dish”, “you ate the trend” and now it’s time to work it all off.
- By far the strongest aspect of POPSUGAR Fitness, aside from their ultra perky hosts is their Class FitSugar playlist. Here is a collection of complete workouts that are tailored to be done alongside the hosts as you watch, each ranging from 5 to 30 minutes. These are fantastic because they are nice little packages – you don’t have to mix and match different workouts or and techniques, you just pick one that suits your fancy and follow along.
- On top of this easily digestible format, POPSUGAR’s fitness channel benefits from the production value of it’s YouTube empire: every video has a professional look that would be just as suited for your TV as it is for your Laptop.


- Coming in at #7 we have another channel that seeks to make yoga more accessible – Here to help you “Find what feels good” is Adriene and her channel, Yoga with Adriene.
- While Tara Stiles and her channel definitely put a lot of work into making their routines easy and unobtrusive, Adriene’s channel goes above and beyond to be accommodating to beginners. On top of several individual videos titled Yoga for Beginners, she’s organized a playlist specifically designed to ease newcomers into the practice. Then, she’s got playlists for the foundations of Yoga – also good for beginners, as well as lists for weight loss, yoga for runners, yoga for healing and even yoga on the road.
- However, her most impressive compilation to date is definitely her 30 days of Yoga series. This series of 30 videos, meant for practitioners of all skill levels, is a month long experience that offers a veritable smorgasbord of yoga – a sort of soft challenge that you can do at home. Adriene even offers you a calendar that you can follow along with on her website, but she’s keen to stress the fact that there are no set rules to this challenge and you should follow at your own leisure.


- At the beginning of this countdown, I mentioned that men and women have different fitness goals. While that remains true, I think we can all agree that looking good at the beach is one goal both sexes have in common. Our #6 pick knows this very well – as they spend most their time on the beach.
- Basically, if bikini season is your #1 concern, the lovely hosts Karena and Katrina have you covered. Their BIKINI SERIES playlist has 58 videos and counting, and covers everything from general workouts like “body” routines, to more specific targeted workouts like Bikini Arms, Bikini Abs and of course, Bikini Booty.
- Aside from looking good in swimwear, there’s a ton of content to be had from this duo if you like their style. On top of their beautifully shot, on location videos, they’ve got a veritable media empire; a vlog, a cookbook on the way, and an at home workout DVD with another one scheduled for release.


- Okay, so enough of the friendly stuff. Here’s a channel designed to kick your ass as it’s toning it up – Coming in at #5 is Body Rock, frequently hosted by Lisa-Marie and her rock hard body.
- As Lisa-Marie explains in the trailer, the videos are designed to push you out of your comfort zone to get results. Those of you that prefer intensity to your workouts and really want to sweat it out and suffer for your body will feel right at home here.
- As if the videos weren’t challenging enough, they also post several videos a week so there’s something new to test yourself with. Also, and this is the first time I’ve ever pointed this out on TopX, but check out how stylish their thumbnail pictures look – they definitely score some points for those.


- Next up is another channel that’s full of challenging workouts and routines - Our #4 pick is XHIT Daily.
- One thing that’s characteristic about the XHIT videos is that they don’t waste any time before starting – even the host seems eager to get right to it and begin. Those of you that hate the preamble and just wanna get going with a challenging workout will appreciate the breakneck efficiency with which hosts get down to business.
- Coming back to the subject of workout goals, one common goal that people have is to look at a certain celebrity’s body and go “I want that”. The XHIT team embraces this idea whole heartedly with their Celebrity workouts playlist, which contains videos like Jessica Alba Abs workout, Maria Sharapova Arms and of course, Kim Kardashian butt.
- Going even further, they have another sizeable playlist devoted to Victoria’s Secret Model workouts – so those of you that vowed to get it together after watching the latest VS fashion show now know where to start.


- Although this is the women’s fitness countdown, our next entry, FitnessBlender definitely gets points for appealing to both genders. Although it’s not the only channel we’ll see today that does this – BodyRock and XHit definitely have some stuff for guys too – FitnessBlender has definitely benefited from their appeal to guys as well as girls.
- Right away, you’ll probably notice that Fitnessblender’s videos are pretty slick in the tech department. They’re filmed in a minimalist – all white studio with multiple cameras, and feature cool little details like a calorie counter and a blue meter on the one side of the frame that lets you know how much of the workout you’ve got left to go. This is a feature I really enjoy myself, as I find it makes it much easier to pace yourself if you know how far along you are.
- Another strong point of FitnessBlender’s video is just how extensive they are. They cover a ton of topics and have workouts that range from anywhere between 5 minutes to up to an hour and a half. Essentially, guy or girl, beginner or expert, there HAS to be something useful for you on this channel.


- If there was one channel I had to pick from today’s countdown that I’d say looks a lot more like a TV show than a YouTube show, it would be BeFit. Sporting some of the biggest names in fitness today as hosts, BeFit has the look and feel of an at-home fitness DVD – a perky host, a great looking set, and a bunch of assistants following along with the workout are the bread and butter of most of their content.
- BeFiT is a channel that prides itself on its high profile hosts. Jillian Michaels, Scott Herman and Denise Austin are among some of the names you’ll see on the channel, and essentially the idea is you pick one that you really like and follow all of their stuff exclusively.
- As with almost of all the fitness channels we’ve seen today, BeFiT has organized their content into some great playlists making it extra easy to navigate. Although they have a ton of playlists, one thing I find most noteworthy are their lists devoted to short workouts, one for 7 minutes and one for 10, and their Boot Camp series, which are huge packages that are meant to be done over a long period of time – great for those of you that want to commit to a long term goal.

Before we get to our #1 pick, here are a few honorable mentions.


- Coming in at #1 is Blogilates, the most subscribed women’s fitness channel on YouTube, hosted by the irrepressibly cheerful Cassey Ho.
- As you may have guessed, although it took me a while actually, Cassey is a pilates instructor, and as such, Pilates is the name of the game for her videos – although her stated goal is to promote an overall healthy lifestyle and body image
- The spin she puts on her clips is a little something called Pop Pilates, where she performs her various workouts with popular pop music in the background. While this may seem like a simple gimic, it not only makes the videos more enjoyable at face value, but also helps distract you from the workout since you can just listen to the song.
- Pop Pilates is so pop-ular in fact that it’s going to be it’s own class at 24 Hour Fitness gyms, right alongside Zumba and Turbo Kickboxing. But who needs a gym membership when you’ve got YouTube right? That’s what we’re here for after all.
- Often when we come to our #1 pick, we try to figure out why they’re so popular. For Blogilates, I’d say we can attribute this to the BLOG aspect of the channel. Cassey is just a great, charismatic host – one that keeps people coming back for every video she posts, whether she’s guiding you in a workout or just answering questions from fans. This is really her secret, her channel is FUN – the workout just follows naturally.