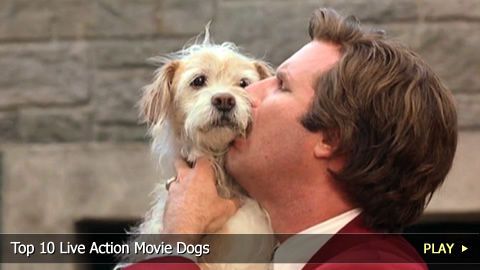 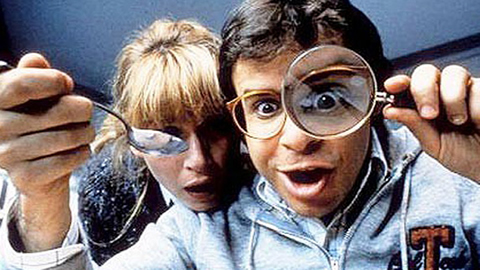 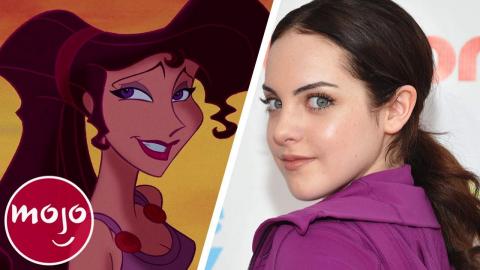 Top 10 Stars We Need for the Live-Action Hercules Movie 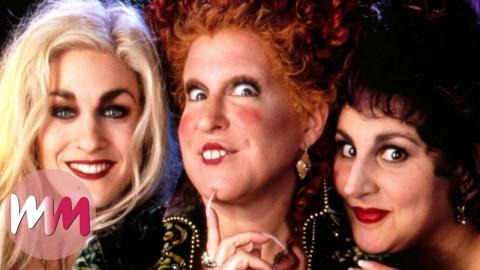 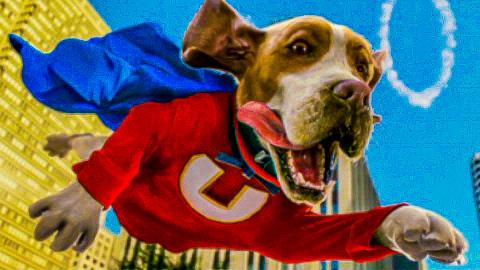 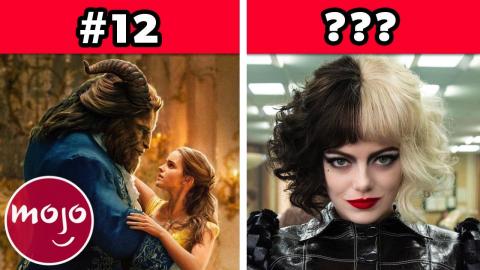 All the Live-Action Disney Remakes: RANKED 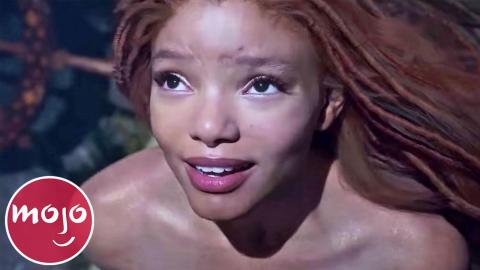 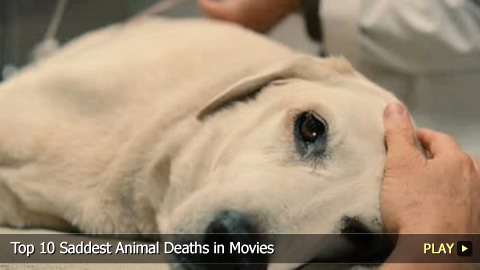 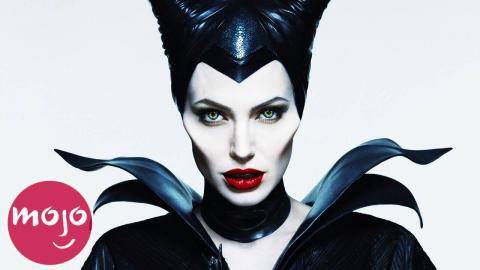 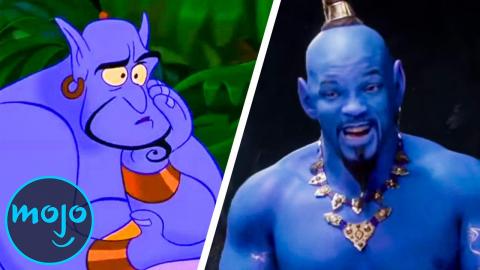 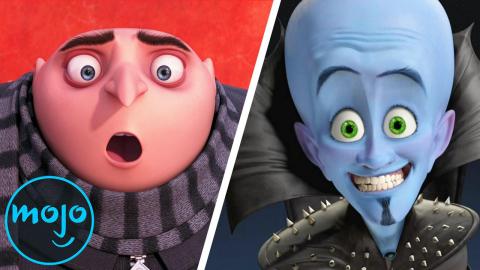 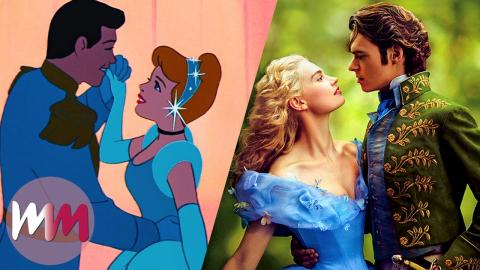 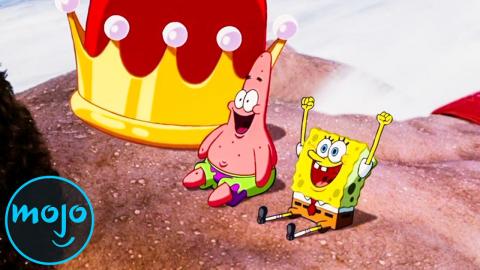 VOICE OVER: Rebecca Brayton
Script written by Niki Neptune. Man's best friend can also flex some acting chops… For this list, we're taking a look at those canine performances that tickled us, scared the crap out of us, or left us teary-eyed. These barking hounds made their cinematic marks in very memorable ways, and that's without making a mess on the carpet. Good dog. Welcome to WatchMojo.com, and today we're counting down our picks for the top 10 live action movie dogs. Special thanks to our users Daniel John, sven van de riet, Tommy Williams, MrKlatez, Jeff Sine, TeeWhy, A Ginez, Lars Mikalsen, veniethegreek, Mattwoott, dragoneyelord, Elaine Gonzales, Andrew A. Dennison, TalkingSink, TheDanTheManShow, Jaybloodscorpion, dondiggs420, Mattwoott, Ernesto Rivera Urrutia for submitting the idea on our Suggest Page at WatchMojo.comsuggest
Transcript ∧

Man’s best friend can also flex some acting chops… Welcome to WatchMojo.com, and today we’re counting down our picks for the top 10 live action movie dogs.

For this list, we’re taking a look at those canine performances that tickled us, scared the crap out of us, or left us teary-eyed. These barking hounds made their cinematic marks in very memorable ways, and that’s without making a mess on the carpet. Good dog.

Lost your whole family as they attempted to evacuate a city ravaged by a deadly virus? That’s okay; at least your dog survived. In this last-man-alive thriller, Sam is the beloved family dog who sticks by Will Smith’s side and provides him with companionship and a reason to stay alive. So when she’s bitten by a pack of infected dogs, we could swear someone was cutting onions in the theater because our eyes kept doing this weird watery thing.

It seems like everything was deadly in the ‘80s, and dogs were clearly no exception. After being bitten by a rabid bat, this once-loveable St. Bernard goes on a human-killing rampage. Sure, you can blame it on the rabies. After he kills a couple of those human folk and then holds a mother and son hostage in their broken-down car, we actually find ourselves wondering what Cujo dislikes more: humans or Pintos.

When an animal lives in infamy among the neighborhood pubescents, you know there’s gotta be a good story behind it. Although most of the kids envision The Beast to be a man-eating canine assassin, the infamous dog turns out to be your everyday English Mastiff who’s just protecting his master’s property. That doesn’t make him any less intimidating, of course, but he’s hardly a monster. And given that the kids were trespassing, he was actually just doing his job. Darn kids.

Not many stray dogs are as adorable as this sweet little pooch, but still, no one’s adopted Benji – yet. This doggie with a heart of gold watches over the neighborhood kids and even uses his affable nature to help solve a kidnapping. We don’t know about you, but a cute mutt that can solve crimes seems pretty deserving of a good home. Or at the very least, a nice ham bone.

Speaking of crime-solving canines, this one is actually a murder witness. It seems odd to rely on a dog for something like this, because what’s to stop someone from trying to make a case for other animals to be witnesses? Nevertheless, this sloppy, slobbering mess actually starts to grow on Turner – and us. How can you not love a huge furball that just wants to be your pal, even if he’s drooling all over your life? Plus, he can help you with the ladies.

He’s tiny, he speaks Spanish, and he has a way with both the human and animal kingdoms. And how many dogs do you know that can eat an entire wheel of cheese? While he may leave the leather-bound books and “yazz” flute to Ron Burgundy, Baxter’s got his own impressive talents that help him not only survive in the wild, but also save his human bros from a bear attack.

This dog is a multi-tasker and a problem solver: come to think of it, he’d be a perfect fit for a desk job. After sneaking into a suburban family’s home, as cute puppies are known to do, Beethoven endears himself to them enough to earn a spot in their household. If only it were that easy to find housing in real life! A nefarious vet and a couple of hooligans aren’t enough to keep this hound down.

As Dorothy’s companion through her adventures in a magical land, Toto was certainly in for a wild ride. The little dog was probably trying to figure out what the heck was going on most of the time. And while the poor guy didn’t get any magical slippers or brand spanking new brains, at least he got to run around a yellow brick road and reveal the Great Oz’s true identity.

There are dogs that love their owners, and then there are dogs that’ll literally risk life and limb to get back to them. These two are of the latter category, and have such an enduring attachment to their humans that being separated from them for any period of time is enough to prompt their incredible journey back home. Thanks to the voice-over talents of Don Ameche and Michael J. Fox, Shadow and Chance really come to life and you can’t help but root for their success.

This reliable, trustworthy, and loyal family pet was the perfect compliment to the hard-worn lifestyle and country routine of the Coates’ family. You can’t really ask for more than a dog that’ll chase off a mama bear who’s trying to defend her cubs. So when a rabid wolf bites Old Yeller during a struggle to protect the humans he loves, what enfolds is one of the most memorable and saddest scenes in movie history. Again, with those darn onions.

Do you agree with our list? What is your favorite live action movie dog? For more entertaining Top 10s published every day, be sure to subscribe to WatchMojo.com.
Comments ∧

Send
Dan Geiger
“Daisy from Gran Turino. It actually ends better for her than for her owner”

report
Dan Geiger
“Apparently Will Farrell and Baxter were best friends on and off screen.”