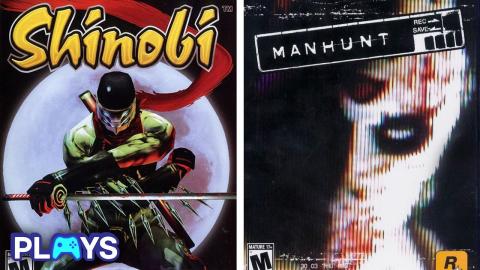 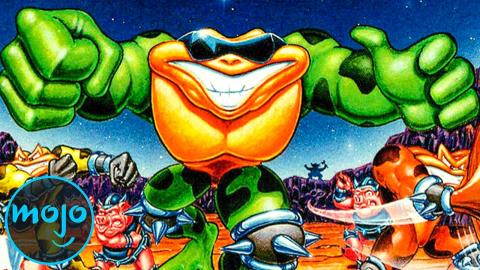 Top 10 Hardest Games That Will Make You Rage Cheat 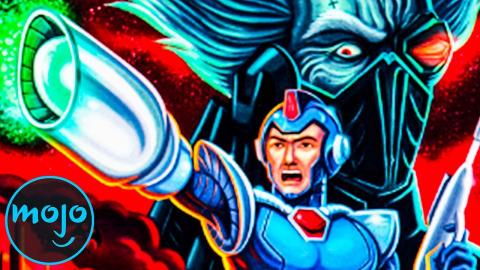 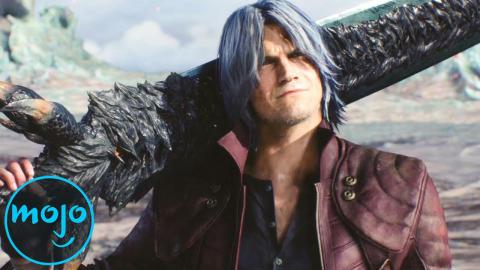 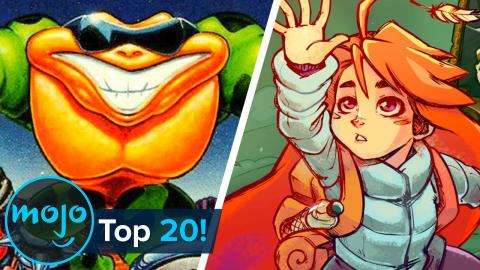 Top 20 Most Difficult Video Games of All Time 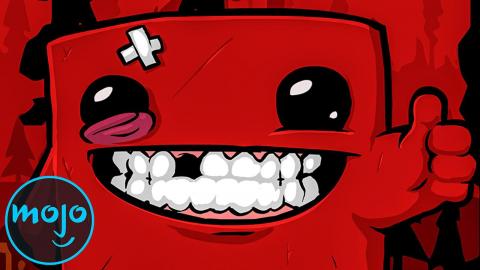 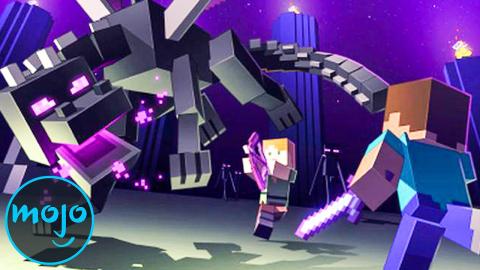 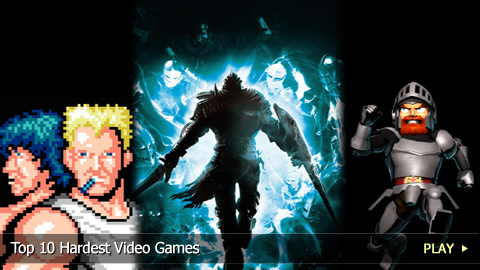 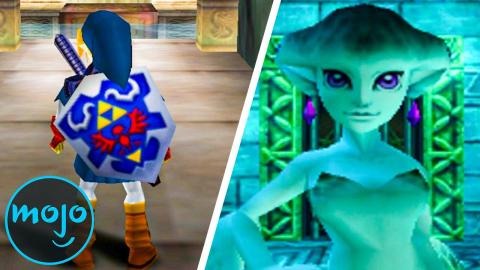 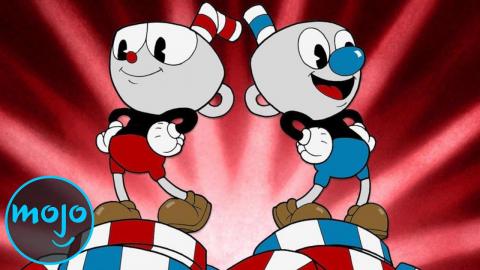 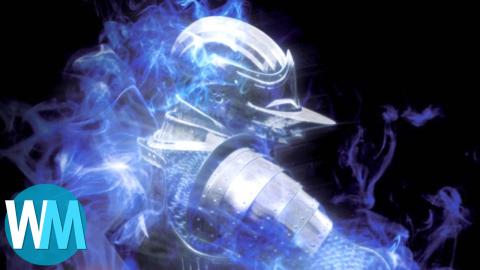 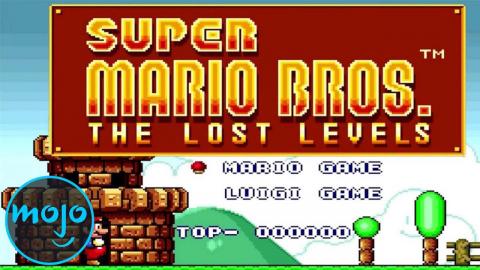 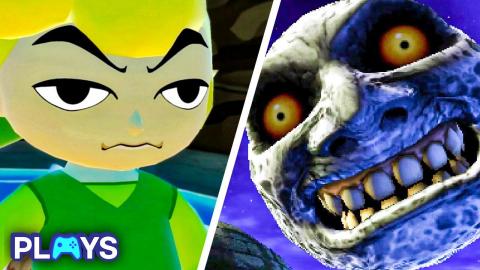 The 10 HARDEST Zelda Games To Complete

VOICE OVER: Aaron Brown WRITTEN BY: Aaron Brown
Welcome to MojoPlays and today we're fighting for our lives as we try to make it through the 10 hardest PS2 games. For this list, we'll be looking at games that could give Dark Souls a run for its money long before the series was a twinkle in FromSoft's code. Our list includes “Twisted Metal: Black” (2001), “Jak II” (2003), “God Hand” (2006), “Manhunt” (2003), “Stuntman” (2002) and more!
Transcript ∧


Welcome to MojoPlays and today we’re fighting for our lives as we try to make it through the 10 hardest PS2 games.

What was the hardest game you completed back on the PS2? Let us know down in the comments.

The Twisted Metal series is known for its bombastic car combat and darkly twisted characters, but most would agree that Calypso’s first car carnage competition on the PS2 was one of the most challenging. While the core mechanics of the game remain unchanged, destroy your opponents with outlandish vehicles and weapons before they do the same to you, the AI in Twisted Metal Black was notoriously more aggressive than ever before. If you don’t constantly maintain your health and have a near perfect knowledge of the layout of the map and its many useful power ups, you’re going to be in for a rough time. Most wouldn’t even consider tackling this entry on hard difficulty unless they’re just looking for a reason to smash a controller. Good thing this was still during the era of cheat codes.

Naughty Dog made a name for themselves with the Crash series and while those games could be challenging in their own right, Naughty Dog’s first foray on PS2 with Jak and Daxter The Precursor Legacy was a decidedly more laid back affair. However when the sequel Jak II released two years later, more than just the world had changed. Jak II went full GTA and featured gunplay and car jacking alongside its platforming sections and while the game was still a lot of fun, those looking for a simple cutesy platformer were in for quite a surprise. With a significantly darker tone, a stingy checkpoint system, random difficulty spikes, and enemies just looking for a reason to one shot you, Jak II completely flipped the script on fan expectations and created a platformer so difficult, many didn’t or couldn’t see it through to the end.

Just because Dark Souls wasn’t the worldwide phenomenon it is today back on the PS2, doesn’t mean FromSoft wasn’t still finding ways to challenge players. While fans of the Dark Souls series are familiar with FromSoft’s lack of hand holding nowadays, back on the PS2, this was not a common practice and Last Raven dropped players into a heavily armored mech and wished them the best of luck before unceremoniously kicking them onto the battlefield. The Armored Core titles have always been a bit more of a hardcore mech series but Last Raven took things to a whole new level expecting players to instantly master complex commands all while an AI that clearly understands the game better than the player is mercilessly beating them into scrap.

Considering that Maximo: Ghosts to Glory is based on the tough as nails Ghost ‘n Goblins games in the NES, there really isn’t much of a surprise that its 3D modernization is on this list. Even within a new generation, Ghost to Glory still manages to keep up the traditions set in place by its predecessor’s release and Maximo can end up fighting in his skivvies should he take too much damage, and he will be taking an awful lot of damage. Death isn’t even the end for our hero however as he can be resurrected using Death Coins provided by Death itself, but everytime Maximo perishes, the cost of resurrection increases. Combine the relentless assault from all manner of enemies just itching to literally cut Maximo down to size and platforming sections that require near perfect precision and Maximo is going to need more coins than he can carry to complete his quest.

Shinji Mikami is nothing if not a madman. After essentially godfathering the survival horror genre with Resident Evil and then revolutionizing it again with Resident Evil 4, Shinji’s final title with Capcom was God Hand and even with his illustrious career, it was unlike anything he’d done before. What at first appeared to be a standard beat ‘em up ended up being much deeper and more difficult than anyone expected. Repurposing and reinventing the old tank controls of the early RE days, players need to learn an honestly ridiculous number of combos and adjust their fighting style on the fly to defeat the various enemy types they’re faced with. The title was moderately well received upon its initial release but has since garnered a following with those looking for a challenging yet rewarding beat ‘em up.

Rhythm games might have faded into obscurity in recent years, but Gitaroo Man was keeping the beat going before Guitar Hero oversaturated the market. While most rhythm games are generally regarded as a relaxing time, unless you’re playing on Expert, Gitaroo Man said “hold my pick” and stepped onto the stage. Before the age of plastic guitars, Gitaroo Man combined the analog stick and button prompts often at the same time to lay down his chords, and did we mention that every song is also a battle to the death? You and your rival are quite literally in a battle of the bands and on higher difficulties, the more often you mess up, the more damage you deal to yourself as well as leaving yourself open to attack from your opponent. Gitaroo Man give “play for your life” a whole new meaning.

Contra is a name synonymous with difficulty. Growing up, there were many who never would have finished the original NES title had it not been for the Konami Code. Don’t let the new coat of paint and fancy graphics fool you, this is still Contra at its core. Shattered Soldier switches up the standard formula by sidelining powerups in favor of rapid weapon switching but everything else is strictly Contra which means an absolute metric ton of live, die, repeat as you learn enemy placement, level design and boss patterns. Shattered Soldier also features multiple endings based on the player’s performance so expect quite a lot of trial and error as you try to unlock the game’s best ending. At the very least, the Konami Code is still present to give you an extra boost starting out.

Stealth games are a bit of a mixed bag. While you have some that have instant fail states should you be caught, others give you options to adapt a new strategy should the alarm bells start ringing. Manhunt falls into a weird middle category. While you can technically recover from being spotted, the chances of your survival in a one-on-one conflict after the fact are nearly non-existent. And the game is purposely designed this way to make the player play the game more cautiously. One mistake and you end up on the cutting room floor. In addition to simply trying to survive the game’s numerous gang members also hunting the player, the game grades you on the execution of your takedowns so those looking for the best outcome should definitely keep to the shadows. The brutality of the game is matched only by its difficulty.

Cut! Cut! Do it again! For all those who ever dreamed of being a stunt driver for movies growing up, Stuntman will make you rethink your career choices. Stuntman requires a level of perfection not seen since the tutorial level of the original Driver game, except it's the whole game. With the director’s voice constantly in your ear, you need to follow his directions to the letter or be forced to reset and try the run all over again from the start because there are no checkpoints. Oftentimes some of these demands happen mere seconds before you need to react, essentially forcing a restart until you know the layout better than the director himself. The reward for all of this is custom in-game movie trailers using the footage of the scenes you’re driving for but after everything it took to complete, a real paycheck would’ve been a better option.

Much like Maximo, Shinobi is another old school side scroller updated for the then modern consoles with the 3D treatment that didn’t lose any of its difficulty in the transition and some would argue even raised the bar. With a sword that will constantly eat away at Hotsuma’s health if he’s not killing enemies, boss battles that require not only ninja-like reflexes but also pitch perfect platforming skills and virtually no checkpoint system to speak of, Shinobi manages to give even die-hard Sekiro players a challenge they weren’t expecting. Those attempting this title unprepared have a better chance of becoming a real life ninja than they do completing this game without breaking a controller.
Comments ∧