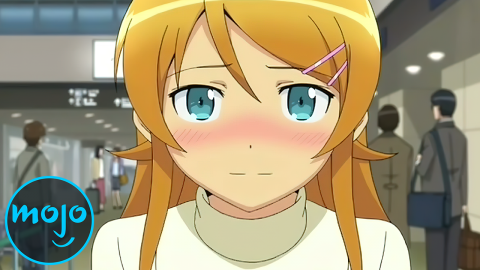 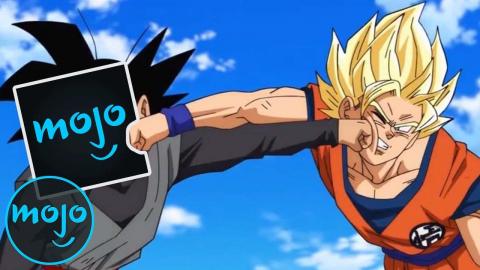 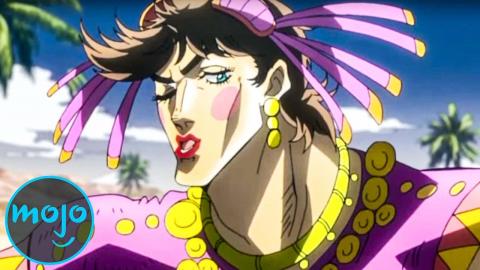 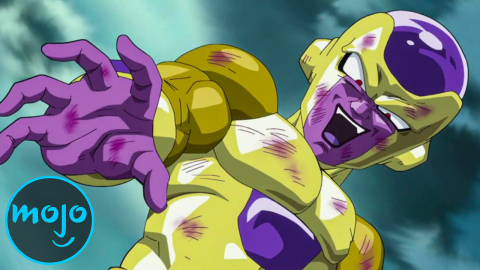 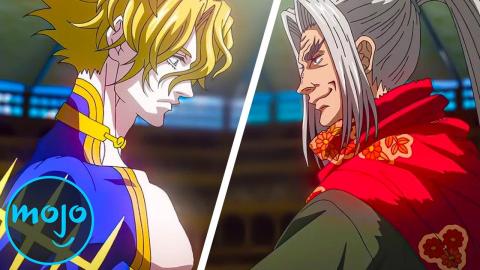 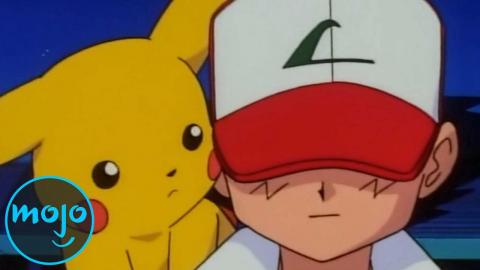 Top 10 Anime Moments That No One Liked 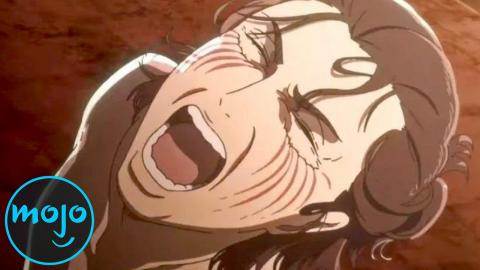 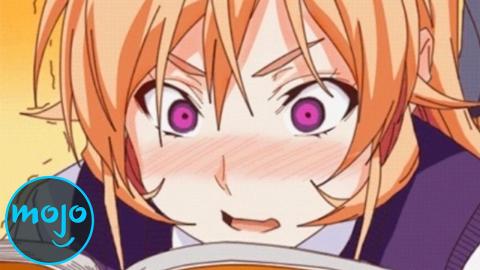 Top 10 Anime Deaths That Pissed You Off 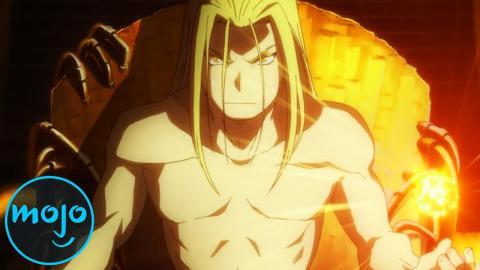 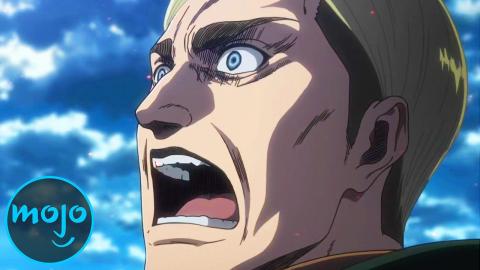 Top 10 Most Honorable Anime Deaths Ever 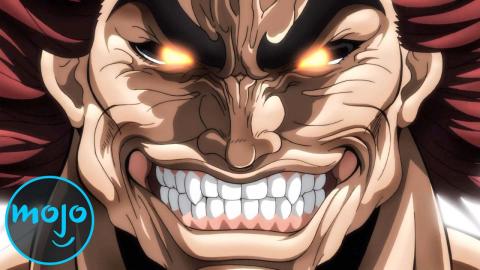 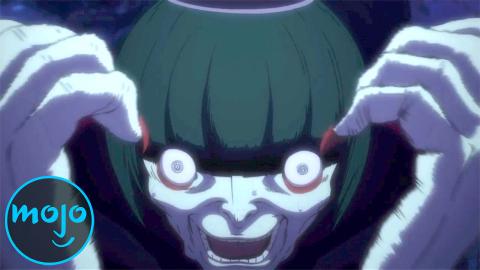 VOICE OVER: Ashley Bowman WRITTEN BY: Jonathan Alexander
Taking jabs at these series is practically recommended! Join Ashley as we look over the anime that are are all too easy to ridicule, including the likes of "Naruto", "Platinum End", "Oreimo", and more!
Transcript ∧


Welcome to WatchMojo, and today we’re counting down our picks for the Top 10 Anime Everyone Makes Fun Of.

For this list, we’ll be looking at the shows that are usually on the wrong side of the joke, affectionately or not.

Are there any anime you love to hate-watch? Be sure to let us know in the comments!


No matter what Meliodas and the others say, the deadliest sin of all isn’t greed, sloth, or pride; it’s bad animation. At the conclusion of this series’ second season, it was dropped by its animation studio and pawned off to another company… who then pawned it off again to an outsourced team. The resulting sin is a show that looks like a parody of itself, with egregiously stiff action and characters that look like melted action figures. At least the laughably bad body proportions made the story’s conclusion entertaining to watch - just not in the way it was intended.


They say to write what you know, but some ideas are better left on the drawing board. When the shy Suzuka decides to publicize her light novel, she gives the credit to her older brother to avoid the attention. The only issue is that her story is about siblings who fall in love. Yeah, talk about awkward. Unfortunately for everyone involved, the two slowly blur the line between fact and fiction until her story isn’t a pipedream anymore. The contrived setup is hilarious in all the wrong ways, and only proves how awkward their so-called romance actually is.


This three part OVA follows a teenage boy thrust into a war-torn parallel world to save the day. Admittedly, it’s a pretty generic setup, but what does stand out is its baffling, laughable, and insanely cringe-worthy English dub. The lifeless line delivery is juxtaposed by characters that sound like they’re screaming each word for no apparent reason. It’s somehow monotone and loud at the same time, which is honestly kind of impressive. But, credit where it’s due, this dub is so amazingly bad that it actually becomes a selling point. So, in a weird sense, it did its job.


After falling from the heaven of high expectations, this show crashed and burned from its bland premise and blander execution. At best, the plot feels like a rehash of better battle shounen with a fresh coat of moral superiority on top. The biggest sin keeping this series from salvation is its conviction that it’s far more complex than it really is. The self-righteous themes are downright eye rolling in a show sorely lacking in depth, intrigue, or entertainment value. Its insistence at being some avant-garde spectacle when it’s clearly not means “Platinum End” isn’t even so-bad-it’s-good, it’s just plain bad.


The best part of this wackadoo family’s hijinks is they’re all totally in on the joke. Yes, it’s utterly absurd, frequently nonsensical, and just plain weird, but it’s all tied together in a loving package that’s hard to resist. It’s been memed, parodied, and joked as far as Joseph can run, but the fact the series embraces its zaniness keeps it from feeling mean-spirited. Instead, the joy comes from discovering what ridiculous plot the characters will find themselves in next. It’s a testament to the series’ writing that despite an undeniably odd tone, the Joestar family reunion is still well worth attending.


One of the inherent strengths of most anime is that they have some form of source material to draw from. Of course, that’s only an asset if its adaptation follows it. After a stellar first season of mystery, plot twists, and mind-games, the followup didn’t go downhill as much as it completely fell off a cliff. Senseless deviations from the manga broke the promise of the first outing with inconsistent characterization and unsatisfying, Macguffin resolutions. By the time the offensively rushed finale crammed half the manga into a single montage, this high-stakes thriller had already turned into an unintentional comedy.


‘Believe it,’ this seminal shounen wasn’t always a beloved classic. An excessive amount of filler meant Naruto “he’s just like me!” Uzumaki didn’t always mature as quickly as his fanbase wanted him to. The knuckle-headed ninja’s “talk-no-jutsu” wasn’t a match for the full-meme summoning technique that the community employed over the years. From Sakura’s incompetence, to lengthy filler arcs, to egreious amounts of flashbacks, there was plenty for fans to groan at. While the jabs have slowed down a bit in recent years, the instantly recognizable “Naruto run” has kept pace as the aerodynamic running gag of a generation.


Ash may still be trapped in a ten year old’s body, but his audience hasn’t had the same kind of immortality. As this giga-popular brand’s viewership grows up alongside it, the same silly disregard for in-universe logic won’t work as well as it used to. No, you can’t just “aim for the horn” or “counter a counter,” Ash. Oh, and those are totally just rice balls. Seriously, someone needs to let Brock know what a jelly donut is supposed to look like. A storm of “shocked Pikachu’s” later, and it’s clear this series has a few meme-worthy thunderbolts left in it.


The forbidden love at the heart of this brother-sister relationship makes it low-hanging fruit on the family tree, but that’s not all to blame for this anime’s embarrassing legacy. It’s awkward, overly dramatic, and seemingly indulges every negative stereotype about anime culture to the nth degree. While this kind of central romance is hard to root for in the best of cases, it’s downright comical trying to discern how anyone thought this was cute at all. It fails as a forbidden love story and as a deconstruction of anime conventions, but at least it succeeds as an example of how not to sell a romance.


When aliens land on Earth, teenage girls are entrusted with defending their planet for the sake of humanity. It’s gritty, emotional, and moving - or, it would be, if the self-serious tone wasn’t completely let down by some of the laziest animation ever released. The straight-laced line delivery combined with the hilariously stiff action make the whole thing veer towards farce. The twenty minute OVA is such a trainwreck that it’s impossible to believe it’s meant to be taken seriously. But, it’s panned reviews are a badge of pride nowadays. After all, while it’s considered one of the worst anime ever made, it’s certainly not the most boring.
Comments ∧