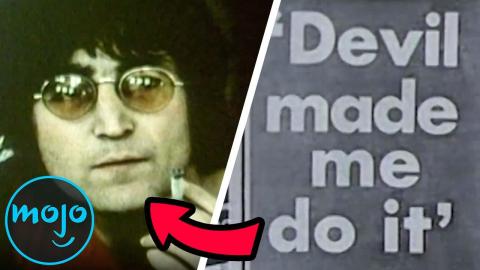 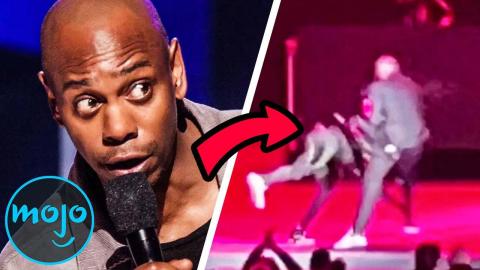 10 Times Celebrities Were Attacked by Fans 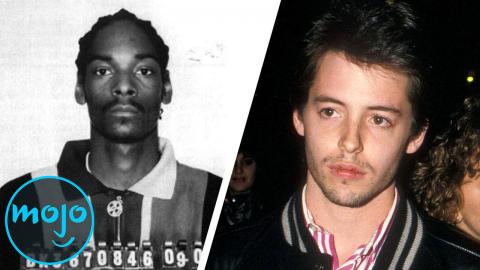 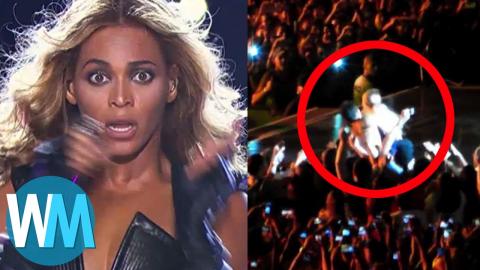 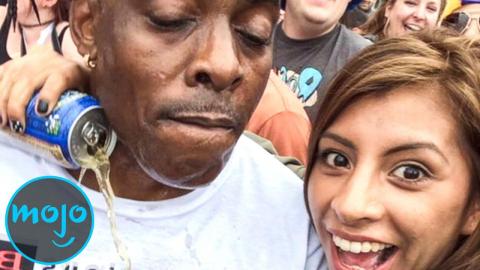 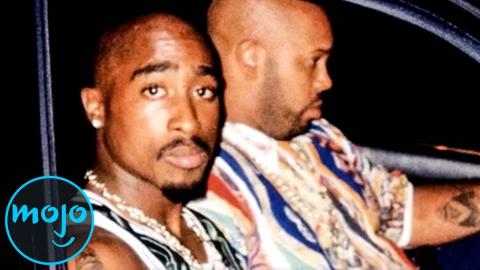 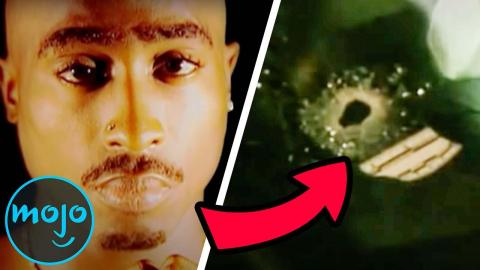 10 Celebrities Who Actually Predicted Their Own Death 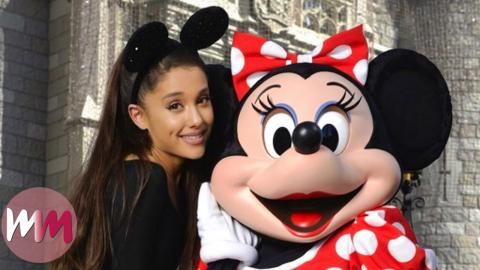 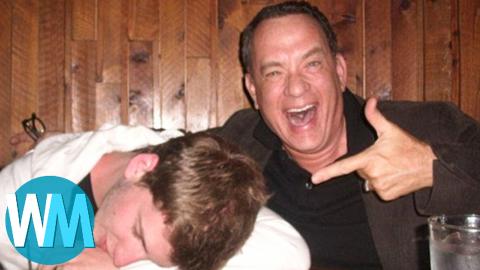 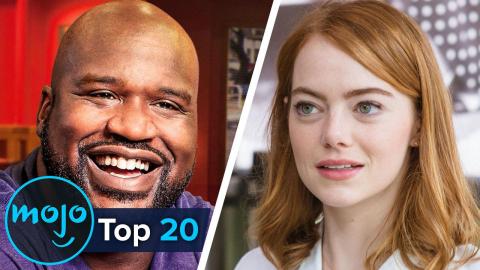 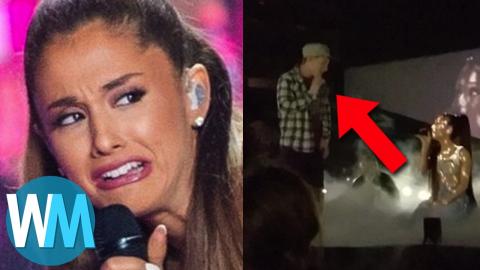 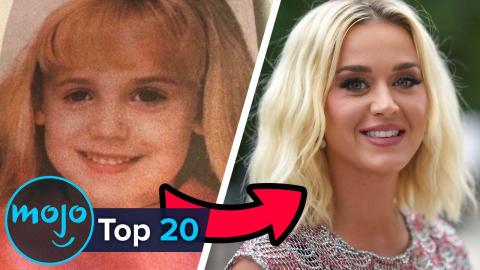 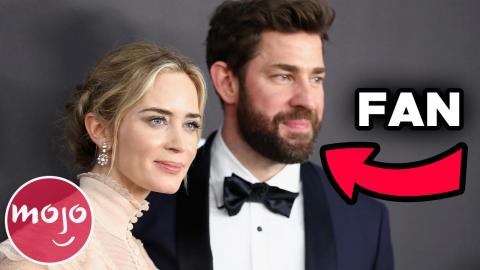 Top 10 Celebs Who Married Their Fans

VOICE OVER: Phoebe de Jeu WRITTEN BY: Nathan Sharp
These celebrity stories do not have a happy ending. For this list, we'll be looking at cases in which well known public figures were killed by fans and obsessed stalkers. Our countdown includes Jesse James, Selena, John Lennon, and more.
Transcript ∧

10 Times Celebrities Were Murdered By Fans


Welcome to WatchMojo, and today we’re looking at 10 times celebrities were murdered by fans.

For this list, we’ll be looking at cases in which well known public figures were killed by fans and obsessed stalkers.

What do you think about toxic fandom? Let us know in the comments.

A Confederate sympathizer during the American Civil War, Jesse James later found national recognition as an outlaw who robbed trains and banks. Stories of his crimes spread from coast to coast, eventually reaching a young man from Missouri named Robert Ford. Ford met James when he was 18, and joined the diminishing James–Younger Gang. However, Ford was eventually swayed by the $10,000 bounty that had been placed on James, and Governor Thomas T. Crittenden offered Ford a full pardon if he betrayed his friend and mentor. So he did just that on April 3, 1882. As James was dusting a picture, Ford shot him in the back of the head.

This famous and influential Russian author was a leading writer in the Romantic movement. While Lermontov is mostly remembered for his poetry, he was also a successful prose writer and painter. In 1841, Lermontov visited the city of Pyatigorsk and basked in his success. While there, he met his old school friend and admirer of his work, Nikolai Martynov. Martynov even dressed and acted like one of Lermontov’s characters, and Lermontov teased him in response. The teasing got so bad that Martynov challenged Lermontov to a duel. He emerged successful and killed Lermontov on July 27, 1841.

A popular TV actress of the ‘80s, Rebecca Schaeffer starred in the CBS sitcom “My Sister Sam,” which ran for two seasons from 1986 to ‘88. Her work in the show attracted the attention of a 19 year old fan named Robert John Bardo. Obsessed, Bardo began stalking Schaeffer and writing her numerous letters. After Schaeffer appeared in bed with an actor in the movie “Scenes from the Class Struggle in Beverly Hills”, Bardo grew jealous and tracked Schaeffer to her apartment using a detective agency. Schaeffer was visibly displeased and asked him not to come to her home. After breakfasting at a nearby diner, Bardo returned anyway, and shot her when she answered the door. She was just 21 years old.

This soccer player from Cameroon played professionally from 2008 to 2014, and his death is shrouded in mystery. On August 23, 2014, Bodjongo was playing a home game with JS Kabylie. The team lost, so the home team fans were irate. As Bodjongo was leaving the field, he was reportedly struck in the head by a projectile thrown from the stands. Bodjongo suffered a traumatic brain injury and died just a few hours later. This was the official story provided by Algerian authorities. However, a Cameroonian pathologist named Andre Moune later told the BBC that Bodjongo’s injuries suggested he’d been beaten. Regardless, no one was ever charged for his death.

Perhaps the most famous soccer player in Colombia’s history, Andrés Escobar was a great athlete and worked hard to promote a positive image of his country. Unfortunately, one simple mistake cost Escobar his life. During the 1994 World Cup, Colombia was playing against the United States when Escobar accidentally scored on his own net, which cost Colombia the game. A few days later, Escobar visited a nightclub in Medellín when he was shot and killed in the parking lot. The assailant, Humberto Castro Muñoz, was a drug cartel bodyguard and driver. Escobar may have been killed on the orders of Santiago Gallón, who had gambled on the game and lost big.

The link between fashion designer Gianni Versace and spree killer Andrew Cunanan is debated. Maureen Orth of Vanity Fair and various FBI agents claim that Versace and Cunanan met at a San Francisco nightclub back in 1990. However, Versace’s family remains adamant that the fashion icon never met Cunanan in person. Orth also claims that Cunanan often name-dropped Versace, proving some type of fandom - or, at least, a dangerous obsession. On July 15, 1997, Cunanan shot and killed Versace outside of his Miami mansion. His true motive remains a mystery, although some have theorized that he did it for publicity.

This American singer rose to internet fame uploading cover songs to YouTube and eventually found success on the sixth season of “The Voice.” She finished in third place and signed with Island Records. Grimmie eventually caught the attention of a man named Kevin James Loibl, who developed an unhealthy fascination. He traveled from St. Petersburg, Florida to Orlando, as Grimmie was performing at The Plaza Live. After the performance, Grimmie was signing autographs when she was shot by Loibl, who took his own life shortly after. Grimmie was rushed to the hospital, but pronounced dead half an hour after the shooting.

Darrell Lance Abbott was the famous guitarist of iconic heavy metal band Pantera. The band saw great success in the mid ‘90s, with their album “Far Beyond Driven” reaching #1 in the United States. He also played for the lesser known Damageplan. While performing with this band on December 8, 2004, Abbott was shot by a fan named Nathan Gale. Gale shot several others too, killing three and injuring a further three, before being killed by a police officer. Abbott was pronounced dead at the scene, and Gale’s motive still remains uncertain.

An iconic Latin artist, Selena saw enormous success in the United States. In fact, her posthumous album “Dreaming of You” is the highest selling Latin album in American history as of 2022, having sold three million copies. Her work reached the ears of Yolanda Saldívar, who began a Selena fan club that eventually reached 5,000 members. She later became the manager of Selena’s beauty boutique and salon business, Selena Etc. However, Saldívar used both to embezzle tens of thousands of dollars. This put a strain on Selena and Saldívar’s friendship and business agreement. On March 31, 1995, Selena met with Saldívar at a Days Inn, and Saldívar shot Selena in the shoulder. The bullet severed Selena’s subclavian artery and she tragically died of blood loss.

Although a longtime fan of The Beatles, Mark David Chapman became enraged at what he saw as blasphemous statements made by singer John Lennon. Chapman had become a born-again Presbyterian in 1971. He also developed an obsession with “The Catcher in the Rye” and wished to emulate its protagonist, Holden Caulfield, by acting out against supposed “phoniness.” After traveling to New York, Chapman loitered outside Lennon’s apartment complex on December 8, 1980. He got Lennon’s signature as he exited the complex, but when Lennon returned hours later, Chapman shot him from behind four times. Chapman spent the rest of his life behind bars, and as of 2022, has been denied parole eleven times.
Comments ∧