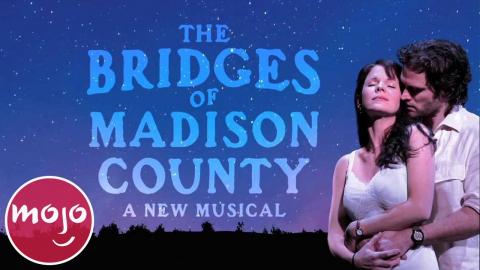 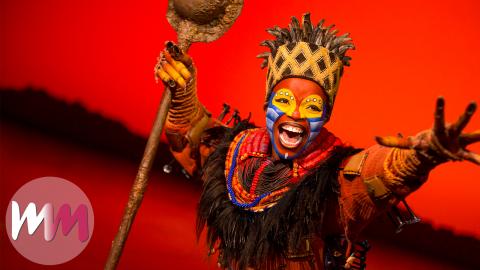 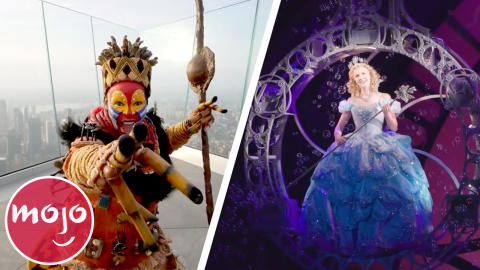 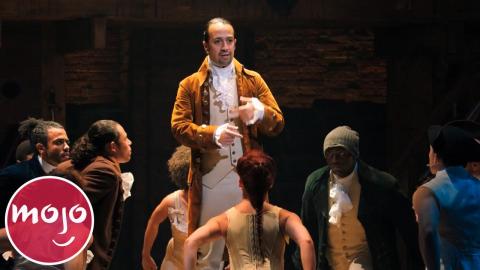 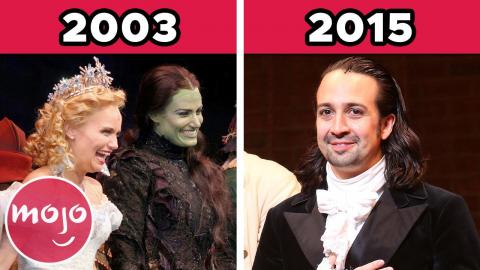 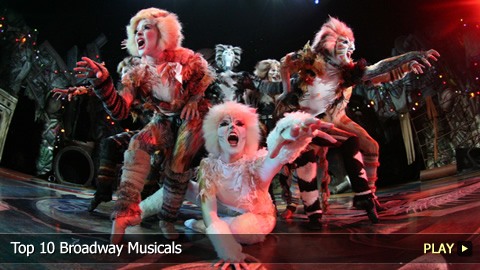 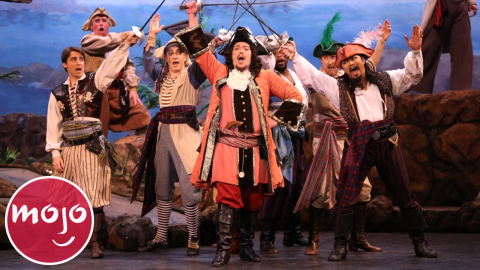 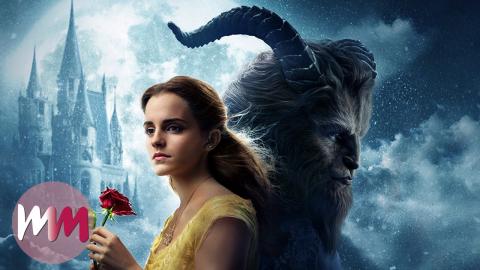 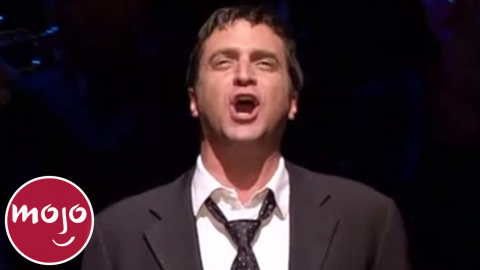 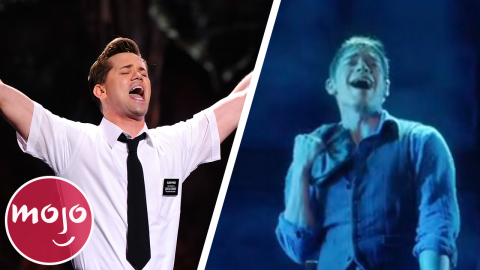 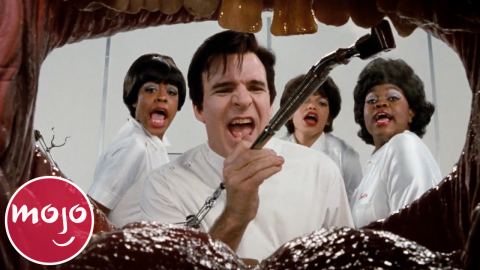 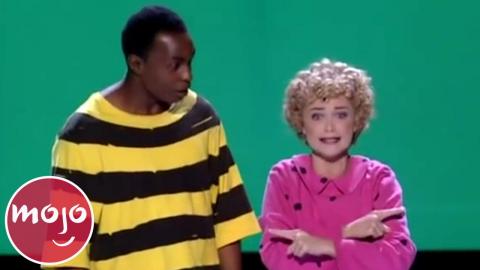 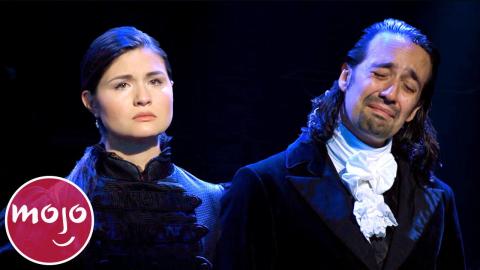 VOICE OVER: Emily Brayton WRITTEN BY: Taryn Crankshaw
These Broadway musicals closed way too soon. For this list, we'll be looking at the shows whose time on the Great White Way was ultimately cut short. Our countdown includes "Side Show," "The Wild Party," "Bonnie & Clyde," and more!
Transcript ∧


Welcome to MsMojo, and today we’re counting down our picks for the Top 10 Broadway Musicals That Closed Too Soon.

For this list, we’ll be looking at the shows whose time on the Great White Way was ultimately cut short. And while we’re super happy for musicals like “Beetlejuice” returning to Broadway, we’ll only be focusing on the shows that remain closed. Musicals with revivals are still eligible though since they’re new iterations with different casts.

What musical do you think deserved a longer run? Let us know in the comments below.

#10: “Women on the Verge of a Nervous Breakdown”


Based on the 1988 Pedro Almodóvar film of the same name, “Women on the Verge” had enough star power to light up 42nd Street. Stage icons Patti LuPone, Brian Stokes Mitchell, Laura Benanti, and Sherie Rene Scott were just some of the leading players in the black comedy musical. The show stirred up quite the buzz around the Broadway hive. Chronicling the love lives of women in Madrid, the musical had all the makings of a hit. Unfortunately, low box office numbers caused the show to close before its scheduled end and after only 30 previews and 69 performances, giving investors a “breakdown” of their own.


Premiering in the late 90s, “Side Show” received a fair number of positive reviews from critics. The musical drama told the story of real-life sisters and conjoined twins, Daisy and Violet Hilton, who were big names on the vaudeville circuit between the 1920s-30s. The show made history when leads Emily Skinner and Alice Ripley received a co-nomination for Best Performance by a Leading Actress in a Musical at the 1998 Tony Awards. Despite all the praise, the show just couldn’t find an audience and closed after only 91 performances. Its 2014 revival met a similar fate when it closed seven weeks after its premiere. However, not all hope is lost. The material has found new life as a popular selection in regional theaters across America.


Like a cross between “Chicago” and “The Great Gatsby,” this show was a jazzy, booze-soaked extravaganza. Starring Toni Collette, Eartha Kitt, and Mandy Patinkin, everything about it seemed like it had a bright future. Based on a poem by Joseph Moncure March (MAWNcure), the story dropped the audience into a 1920s off the wall party, a place where passion, tempers and alcohol run rampant. Despite being nominated for a Tony for Best Musical, this gathering was just a little too “wild” for theater goers, it seems. After only 68 performances, the party ended.


With two big names up on the marquee and a famous story, it seemed that a musical about America's most notorious bank robbers would be...well...bulletproof. Jeremy Jordan and Laura Osnes had the perfect amount of onstage chemistry to make the two thieves/lovers likable. However, some harsh reviews were the fatal blow that stopped the show in its tracks and the curtain dropped after only 36 performances. Unlike the real life pair, “Bonnie & Clyde” didn’t last very long, but luckily met a fate that was much less...gruesome.


Using the Steven Spielberg movie as its source material, this musical took flight in 2011, though it didn’t quite land. Featuring Aaron Tveit and Norbert Leo Butz, the show follows the true story of con man Frank Abagnale. It even won Butz his second Tony Award and helped a post “Next to Normal” Tveit obtain leading man status. But thanks to some mixed reviews, the show didn’t earn the buzz it needed to stay afloat. Eventually, “Catch Me If You Can” called off the chase and the musical ended after 166 curtain calls, according to Playbill.

#5: “The Bridges of Madison County”


As one of the most romantic movies ever, “The Bridges of Madison County,” it seemed fitting that a musical adaptation would eventually become part of its legacy. Composer Jason Robert Brown took the heartbreaking story of a housewife and photographer’s brief affair and set it to some of the most gorgeous music to ever appear on Broadway. Thanks to Kelli O’Hara’s heavenly operatic stylings and Steven Pasquale (passKWAWLL)’s exquisite tone, the show didn’t fail to evoke an emotional response from audiences. However, a finicky box office caused the show to end with, what Playbill reports, as 100 shows. Much like the story itself, not everything can have a happy ending.


Trading in spectacle for solid story, “[title of show]” was a bare bones, stripped down and intimate show beloved by Broadway fans. A love letter to theater kids, this meta-musical was about a group of friends writing a musical. Written by collaborators Jeff Bowen and Hunter Bell, the story was based around their real-life experience penning an original one-act musical for the New York Musical Theatre Festival. Full of heart and a devoted fan base, the curtain closed on their 102nd performance. Like the show’s most famous number says, it was always better to be “nine people’s favorite thing than a hundred people’s ninth favorite thing.”


Having three hundred and thirty-six performances is a triumph in the cutthroat world of Broadway. But it still wasn’t enough for this masterpiece. Following just a section of the Russian literary epic “War & Peace,” the bold and imaginative musical was a hit with both critics and audiences. But after Josh Groban left the show, actor Okieriete Onadowan stepped in. Reeling from the financial hit of Groban’s exit, the producers decided to boost sales by recasting Mandy Patinkin in Okieriete's role for a short run. The move caused controversy, sparking social media outrage as members of the theater community came to the defense of Onadown. Declining ticket sales and bad press led to the demise of a show that could have run for years.


Imaginative and full of heart, “Big Fish” was expected to make a big splash when it leapt from screen to stage in 2013. They pulled out all the stops for this musical adaptation of both the Daniel Wallace novel and the Tim Burton film. Starring Norbert Leo Butz and Kate Baldwin, along with a large ensemble, the show is about a man trying to make sense of his father’s tall tales. No matter how much spectacle, the material didn’t dazzle the way it did on film. After only 98 performances, “Big Fish” departed the Neil Simon Theatre, but it still lives on in the imagination of its fans.

“Wonderland: A New Alice”
Modern Retelling of the Lewis Carroll Novels That Disappeared Down the Rabbit Hole Shortly After Opening


Over 20 years later and this show’s untimely closure still has Broadway devotees buzzing. It’s based on the true story of Leo Frank, a pencil factory superintendent who was accused of murdering Mary Phagan (FAYgin) in 1913. Today, researchers believe that Frank was innocent, blaming anti-Semitism and the media circus surrounding the case. Jason Robert Brown crafted a hauntingly beautiful score. And with mesmerizing performances by the late Brent Carver and Carolee Carmello, the show was a standout. Despite this, many audiences weren’t thrilled by the show’s grim subject matter. 84 performances later, the show closed. There has yet to be a Broadway revival of “Parade.” But here’s hoping that the show will get a second chance in the spotlight.
Comments ∧