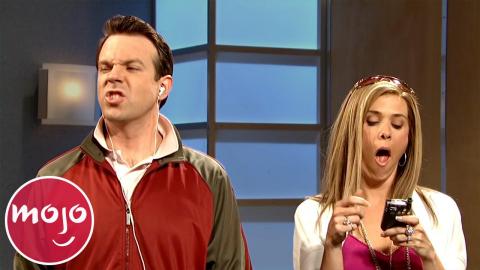 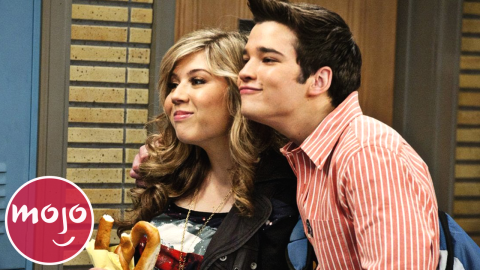 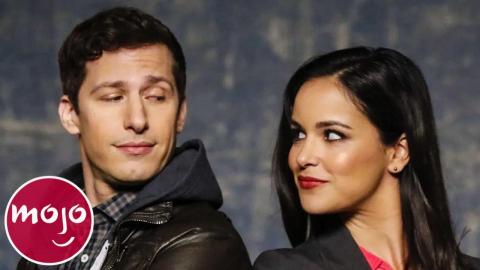 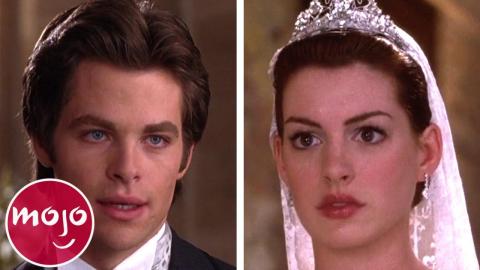 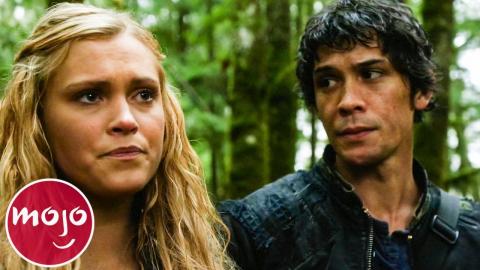 Top 10 TV Couples Who Should Get Together 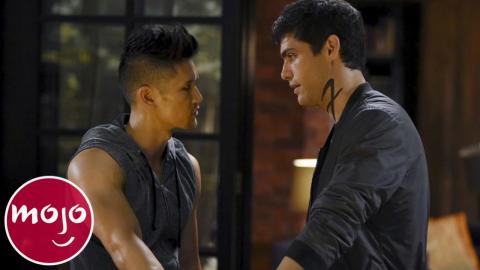 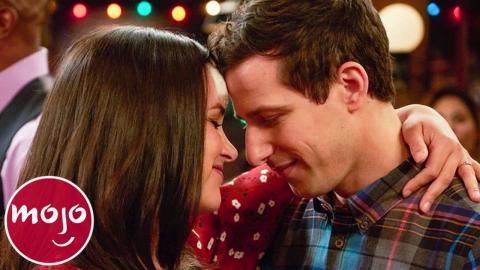 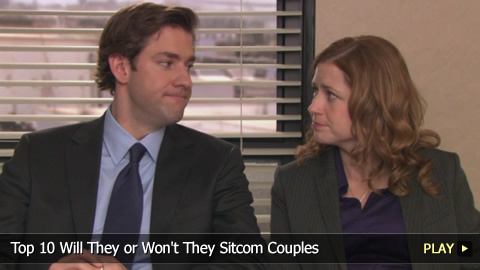 Top 10 Will They or Won't They Sitcom Couples 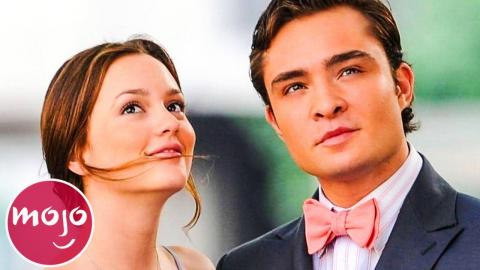 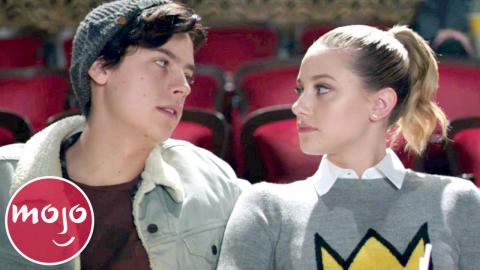 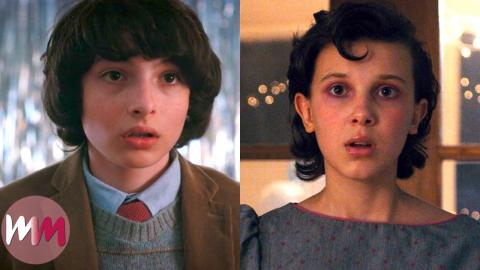 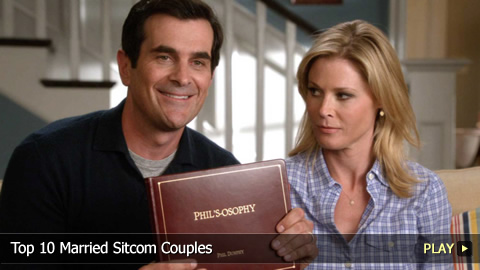 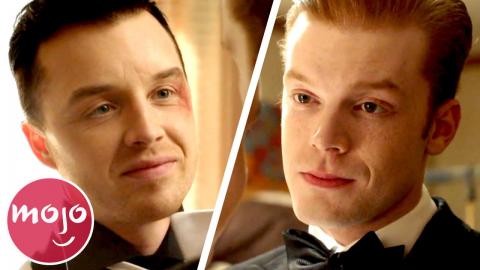 VOICE OVER: Rebecca Brayton WRITTEN BY: Kim Mabee
These "SNL" character couples are all #HilariousGoals. Our countdown includes the Zimmermans, the Californians, the nerds, and more!
Transcript ∧


Welcome to MsMojo, and today we’re counting down our picks for the Top 10 SNL Character Couples.

For this list, we’ll be looking at some of the best Saturday Night Live characters who were married or dating in the skit in which they were featured.

If we missed any of your favorite SNL couples, let us know in the comments.


While we loved seeing Leslie Jones and Weekend Update host Colin Jost’s flirtatious relationship on the show, our hearts belong to the adorable fictional pairing of her and Kyle Mooney. We see them struggle through things such as jealousy, intimacy, and even raising a child together, who is a picture perfect mixture of the two. Their loving, topsy-turvy relationship takes its toll not only on them, but also on Kyle’s best friend, Beck, and Leslie’s ex, Colin. Needless to say, some hilarious hijinks ensue. Beck and Kyle beat up Colin, and Kyle even goes so far as to shoot Colin. But, don’t worry, all of this behavior gets the stamp of approval from SNL creator, Lorne Michaels.


In this melodramatic soap opera parody, we see Bill Hader as Devin, Kristen Wiig as Karina, and Fred Armisen as Stuart, as they are caught in a love triangle. Filled with blonde wigs, thick Californian Valley girl accents, and lots of talk around travel routes, this recurring skit is famous for the three main characters not being able to hold back their laughter. This is definitely not the only time we’ve seen Armisen, Wiig, and Hader break character on SNL. But Wiig and Armisen are so hilarious as this couple whose marriage might be in some trouble, and Wiig and Hader make such an irresistible pair that we can’t blame any of them.


Cheri Oteri and Chris Kattan played the extremely affectionate Laura and Josh Zimmerman and we loved seeing this over-the-top couple every time they appeared on our screen. The Zimmermans initially appear to be a normal married couple until they quickly take their public displays of affection to the next level. While they start out having normal conversations with others, things turn aggressively explicit and inappropriate, as the two start talking dirty, role-playing, and putting their hands all over one another. The over-the-top behavior comes to an end just as swiftly as it starts, and a running joke in these skits is that the Zimmermans subsequently find everyone else inappropriate, even if they are only a fraction as suggestive as them.


Maya Rudolph and Fred Armisen slay everytime they make an appearance on SNL as this eccentric married couple. Their oddities include their strange outfits, chairs that are incredibly impractical, and being fed by their servant in ways that include a tube and a bra, just to name a few. These art dealers have accents that apparently make it hard for them to pronounce names, with the exception of their own. Nuni and Nuni may seem to be the same name to everyone else in the world, but they always hilariously correct anyone who tries to say them, as they insist their two names have different pronunciations.


The A-Holes without names are normally seen trying to accomplish something like buying a Christmas tree or working out with a personal trainer. But, their conceited attitudes and poor communication skills lead to non-stop hilarity for us, and frustration for the other characters. Both characters are always loudly chewing gum, with Kristen Wiig barely paying attention to what’s going on. Jason Sudeikis, on the other hand, works as the mediator in the conversations, and is always calling his other half, “babe.” As annoying as they are, we’ve got to give it to Sudeikis’ character, as he sure is attentive to his woman and what she wants, and he seems like a good partner even though she barely pays him any mind.


We were lucky enough to see these Boston teens, Denise, otherwise known as Zazu, and Pat, also called Sully, in 14 skits so far on Saturday Night Live. Usually seen decked out in Red Sox gear and sporting thick Boston accents, these two are always throwing shade at each other, then aggressively making out one second later. It’s clear that they are very much in love, with Jimmy Fallon and Rachel Dratch returning years later as the now married couple who haven’t changed a bit. The skits are always shown through the lens of a home video recorder, and an iPhone in later years. If there’s one thing that this affectionate couple loves more than the other, it’s definitely Nomar.


This series of Saturday Night Live sketches in the early seasons of the show feature Bill Murray and Gilda Radner as Todd Di La Muca and Lisa Loopner respectively. Playing a couple in high school, they are quintessential nerds. Todd is frequently seen with his pants hiked up and Lisa wears thick glasses on a chain, while both of them always sound like they’re stuffed up. They’re also always messing with each other, as Todd teases Lisa about her lack of womanly features and he frequently puts her in a headlock, to which Lisa responds with sarcastic comebacks or calling him names. You can’t help but love these two iconic SNL cast members in this recurring skit, and it makes us wish we could have seen more of Gilda Radner’s unmatched humor.


Before the movie came out in 1993, we first got to see the Coneheads on Saturday Night Live over 15 years earlier. Jane Curtin and Dan Aykroyd’s performances are priceless as this pair of extraterrestrials, and watching them and their young one Connie try to fit into everyday life is always amusing. During their skits, they do things like playing Family Feud or joining their neighbors for dinner, and no one seems to catch on to the fact that they’re obviously aliens. The Coneheads amusingly explain away all of their weird behavior by telling everyone they’re from France, and even though Beldar and Prymaat may not be the most affectionate spouses, we know that they are a loving couple in their own way.


Introduced in season 35 as one of Seth Meyers’ favorite singing groups, it was clear from their first skit that they would be a memorable couple - even though it is unclear what exactly is the relationship between these two. Seen in matching hairstyles and vests, Garth and Kat are a treat to behold every time they are on Weekend Update performing their new songs that are obviously very poorly rehearsed (if at all). Wiig revealed that this skit is one of her favorites from the show, as it is almost entirely improvised. Armisen leads the songs and Wiig just tries to keep up, so it's no wonder these two can barely keep themselves from breaking character during every sing-along.


We can’t help but crack up whenever we see Will Ferrell and Rachel Dratch as the “The Love-Ah’s,” Professors Roger and Virginia Clarvin. This eccentric couple will talk about their lovemaking in detail with seemingly everyone they come into contact with. Their arrogant accents and exhaustive stories are just one of the many reasons we love this SNL pair, and the chemistry between these two is always hilarious. Meanwhile, Jimmy Fallon plays recurring character “Dave” in these skits as a man who keeps running into the outrageous couple, and the only thing funnier than watching the Love-Ah’s antics is watching Fallon try to hold back his laughter.
Comments ∧