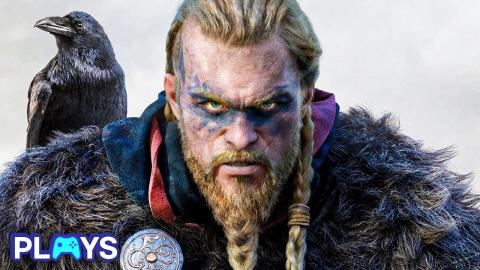 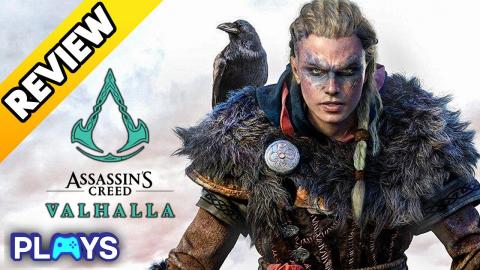 Assassin's Creed Valhalla Needs To Get With The Times 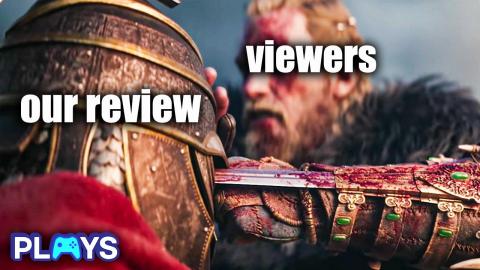 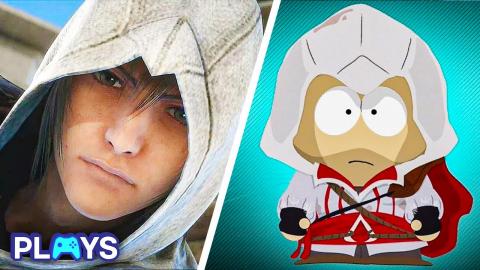 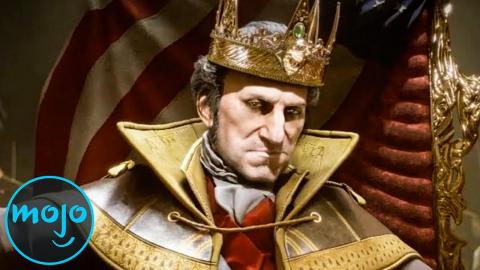 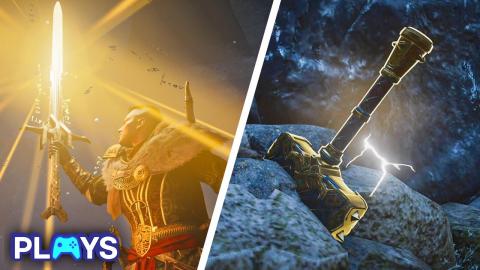 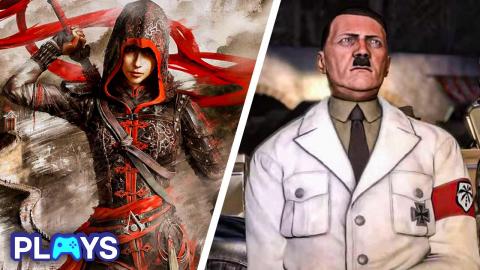 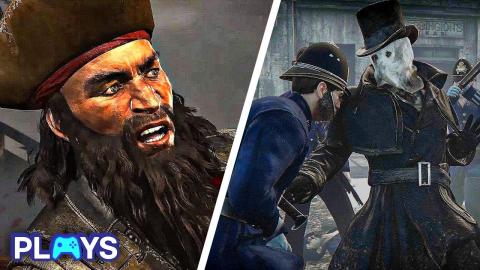 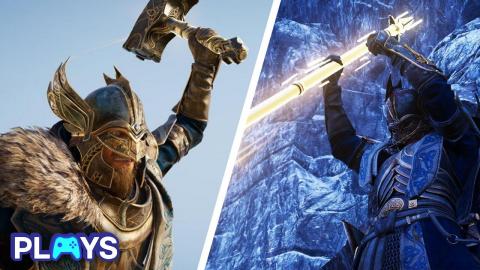 The 10 Most POWERFUL Weapons In Assassin's Creed Valhalla 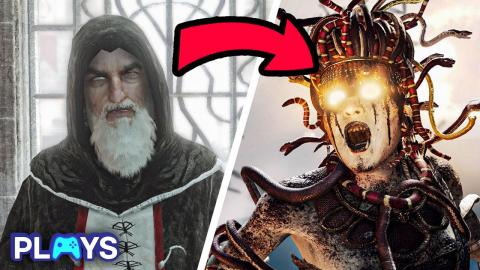 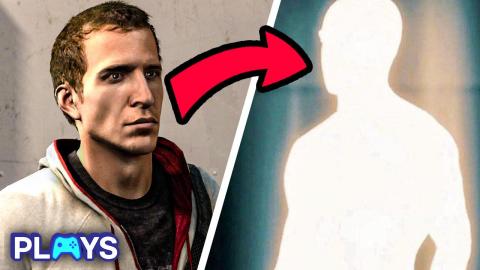 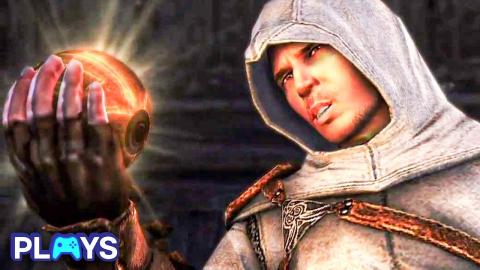 VOICE OVER: Riccardo Tucci WRITTEN BY: Saim Cheeda
We're not saying it's a bad game, but Assassin's Creed Valhalla definitely isn't perfect. For this list, we'll be looking at the weakest aspects in this open-world adventure game and how they held it back from being considered a classic. Our list includes Useless Eagle Vision, Boring Supporting Characters, Slow-Paced Campaign, Needlessly Large Skill Tree and more!
Transcript ∧


Welcome to MojoPlays, and today we’re looking at the Top 10 Worst Things About Assassin’s Creed Valhalla.

For this list, we’ll be looking at the weakest aspects in this open-world adventure game and how they held it back from being considered a classic. Since this covers major plot information, here’s your Spoiler Alert!

What was your biggest issue with Assassin’s Creed Valhalla? Let us know in the comments.


Assassin's Creed Origins revamped the eagle vision to place the point of view through an actual eagle. This has carried forward to the following games as well. However, Valhalla removes the pinpoint accuracy of the eagle vision and turns it purely into a sequence where locations have to be spotted from a distance. This means players need to judge where to go themselves, forcing them to figure out the exact location in massive areas. Since this can be done while controlling Eivor, the eagle vision is pretty much rendered useless. It feels like a needless bother to use the eagle vision as handling Eivor's raven is slow and needs to constantly be angled in specific ways for accuracy.


Any story can come across as an engaging one if the supporting characters are worth following. Unfortunately, Assassin's Creed Valhalla relies too much on its lead, who has next to no chemistry with the characters around them. The only true connection Eivor has is with their brother Sigurd, who is the exception among a series of characters whose personalities are riddled with stereotypical qualities. Romances are largely flat in execution, with nonsensical love interests like Eivor's own sister-in-law not even having a bearing on the main plot. The main issue lies with characters frequently rotating around Eivor, with barely any sticking around long enough for us to form an understanding of their characterizations. Valhalla tries too hard to make Eivor shine, with the side effect of making the supporting characters too boring.


Every new Assassin's Creed game has featured a longer campaign mode than the preceding one. However, Valhalla comes at the expense of delivering a well paced story, as the game takes several hours to get going. In fact, it takes around a couple of hours of play just to see the opening title on-screen. A glaring issue with the story is the need to complete frequent side missions in order to access the main plot. This delays the completion of an already slow story, along with interfering with the player's investment in the plot. The constant introduction of new supporting characters also restarts the campaign in many ways, as we have to start over in another subplot that ties in to the main storyline much later.


Upgrades take many forms in the game, ranging from increasing the strength of the weapons to improving Eivor's skills. The skill tree is used to upgrade Eivor, taking several hours before its effectiveness can be felt, which wouldn't have been much of a problem had the majority of the skill tree not been hidden. It takes completing certain skills in order to unlock other parts of the tree, as it keeps expanding and uncovering newer skills to purchase. This is a convoluted approach that undermines the value of the skill points the player achieves since there are too many irrelevant skills to purchase. Had the entire skill tree been visible from the beginning, players could at least have had the option of choosing which skills suited them best.


Assassin's Creed Origins marked a revamp for the series, bringing in a particular focus on exploration by making the map much larger. However, this formula has gotten stale by Assassin's Creed Valhalla as the gameplay is a carbon copy of its two predecessors. If you've played either of the previous games, Valhalla will feel completely unoriginal, with only minor features changed and the basic outline remaining the same. This makes the game come across as more of an expansion of earlier installments rather than its own thing. Those who didn't enjoy the revamped style from Origins will see no need to indulge in Valhalla, while even returning fans should start feeling the fatigue from this recycled gaming experience.


While the Animus is used to great effect to present a framing device for events in the past, the modern day storyline has never been the series' strong suit. Assassin's Creed Valhalla might be the weakest in this area, with main protagonist Layla Hassan's importance relegated until the climax. Her hero's journey, which played out across three games, is undermined by the massive plot twist in the end where Layla is trapped as a way to write her off the story. The modern day story isn't an original take either, following the same plotline of Assassin's Creed III, as the main protagonist sacrifices themselves to find a way to save the Earth from an apocalyptic catastrophe. Since the ending leaves on a cliffhanger, there's no closure to be found from Valhalla either.


With the open world of Assassin's Creed Valhalla mostly featuring mountainous regions, using Eivor to climb these areas is a task of its own. Unlike earlier installments of the series, this game doesn't present many opportunities to get one's parkour moving. For the most part, Eivor needs to be guided around bumpy surfaces that slow the pacing of gameplay down considerably. Free running is only seamless when used across empty land, while running and climbing in tandem is easier said than done. The absence of fluid movement is present even when horse riding and during naval sequences, limiting the player's movement and interfering with the natural flow of controlling the character.

Checkpoints That Start From the Beginning


Due to the length of the campaign, missions in Assassin's Creed Valhalla also last much longer. The downside to this is the possibility of being desynchronized and starting over all over again. This happens more often than not since checkpoints aren't set up to the benefit of the player. Missions like going on raids can be a tall task as these have to be restarted from the beginning of the sequence should one fail. While boss fights do have checkpoints that restart midway through, these aren't much better as the health bars aren't replenished all the way. This lackluster checkpoint system can trap the player in a loop of a mission that will have lost all of its fun factor.


Given that the basis of the series is around the assassin brotherhood, stealth should be a major factor in the game. Unfortunately, Valhalla side steps this aspect almost entirely, placing more emphasis on aggressive combat over stealth features. While it makes sense to downplay the importance of the creed -- since the story is chronologically before the official formation of the faction -- its thematic qualities had been established much earlier in Assassin's Creed Origins. However, Eivor doesn't come with any real skills in stealth, with only minor versions of concealment brought forward. Even the hidden blade is used only sparingly, with its execution lacking the deadly accuracy from earlier games. Overall, stealth is presented only as an additional option rather than developed as an enjoyable experience that lives up to the series' title.


It doesn't take much to master the combat in Assassin's Creed Valhalla. In fact, simple button mashing is all that's needed to get the hang of the combat mechanics. The game never tries to make battles interesting, with the basic strategy consisting of spamming the same moves to beat enemies. Although certain upgrades are available to diversify this aspect, those are ultimately unnecessary since spamming controls reaps much better results. With so many enemies attacking Eivor at the same time, it becomes a bad habit to rely on repeating the same moves in order to survive these battles.
Comments ∧