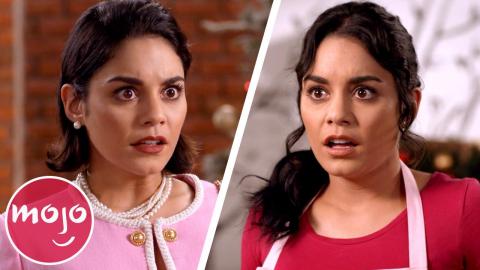 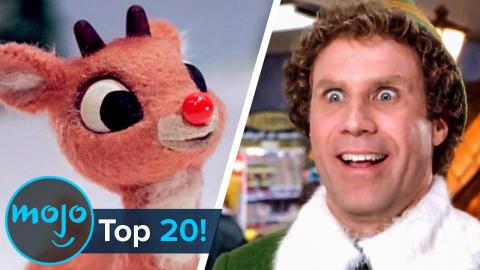 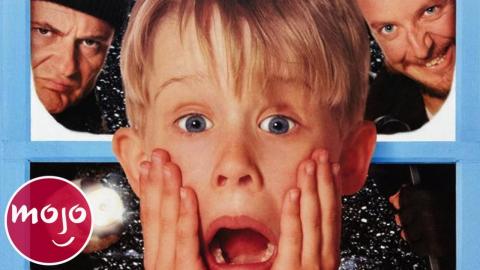 Top 10 Childhood Christmas Movies That Will Never Get Old 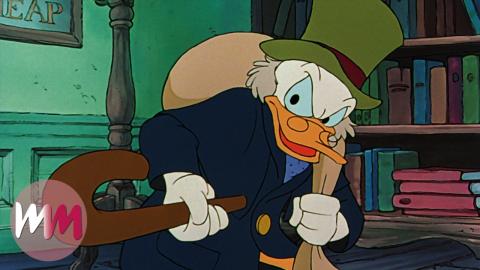 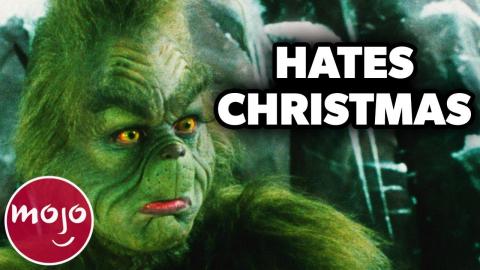 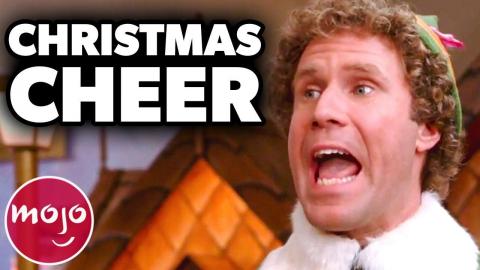 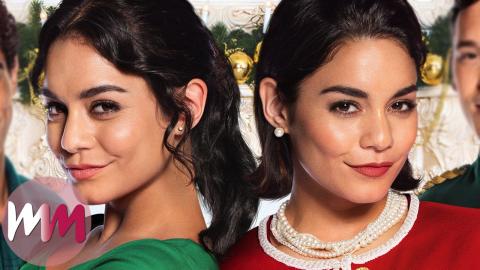 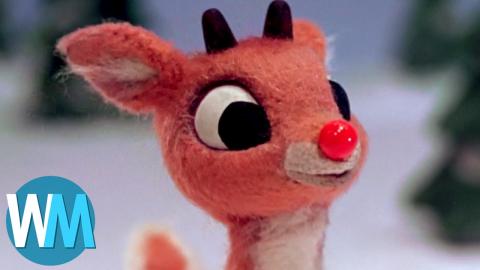 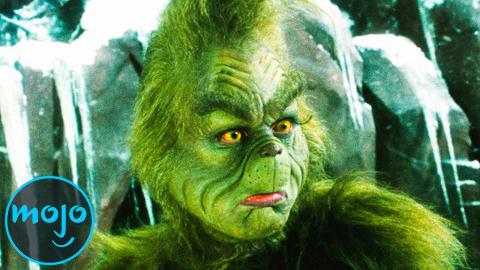 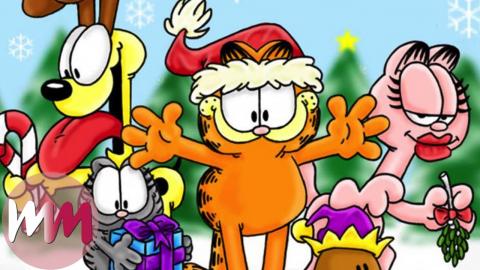 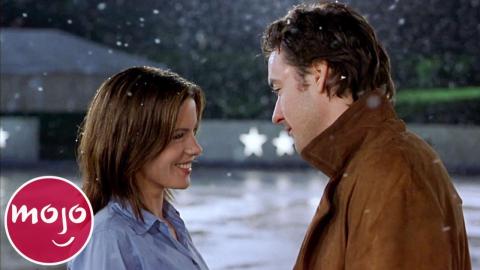 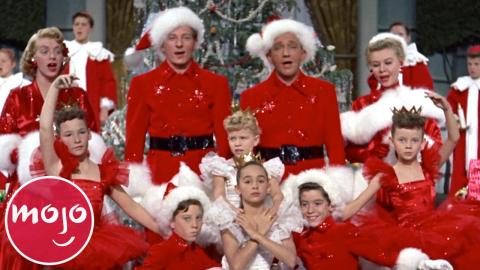 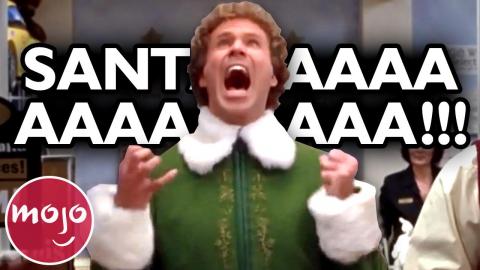 
Welcome to MsMojo, and today we’re counting down our picks for the Top 10 Guilty Pleasure Christmas Movies.

For this list, we’ll be looking at the holiday films we love… even if we don’t like to admit it.

Will you admit to being a fan of any of these movies? Let us know in the comments!


Telling a tale of a pair of con men who take advantage of the holiday season, this is definitely not your average feel good Christmas romp. “Bad Santa” is one of those movies whose reputation is a product of its marketing. Anyone who hasn’t seen the film would think it crass and ridiculous, and it’s not that it isn’t those things, but it comes together to actually be quite an enjoyable film. In fact, it was a commercial success and was even a hit with critics, managing to garner a 78% approval rating on “Rotten Tomatoes”. Roger Ebert called the film a “"demented, twisted [and] unreasonably funny work of comic kamikaze style".


A few years back, Netflix seemed to have realized that there was a big market for schmaltzy Hallmark channel style Christmas movies and they took the concept and ran with it. One of the most notable early examples of their foray into the genre was “Christmas Inheritance”, which tells the story of a big city girl heading back to her quaint hometown and - spoiler alert - falling in love with one of the locals. The story unfolds predictably just like the many that came before it, but we can’t help but be charmed by the soothing rom-com formula.


Released in 2019, this teen holiday rom com does not get the recognition it deserves. “Let It Snow” takes the “Love Actually” approach to Christmas movies, showing a number of ultimately intertwining storylines all relating to characters understanding the true meaning of love during the holiday season. While it may be geared towards high schoolers, it’s actually enjoyable for viewers of all ages. It has a diverse cast and features storylines depicting many different types of love, including familial love and friendship, so there’s something for everyone to relate to.


In “Four Christmases,” Vince Vaughn and Reese Witherspoon play a couple who seemingly have it all, and manage to avoid their families at Christmas every year to head off and do something fabulous instead. In this particular year, however, mother nature forces them to tackle visiting both of their families, each of whom has a wide range of qualities that make us understand why our main couple decided to skip the visits in the past. Reviewers were not kind to this one, with The Hollywood Reporter calling it "one of the most joyless Christmas movies ever" - but we can’t help but put it here for its heart.


Another of the Netflix original holiday romance movies that the streaming service distributed is “The Holiday Calendar”. It has a bit of a wacky concept: it’s about an inherited advent calendar that appears to be able to predict the future. Magical realism aside, this movie actually features a charming cast with Kat Graham and Quincy Brown in the lead roles. While the film definitely follows the classic rom-com formula, its unique concept makes it stand out among the rest… whether or not it’s actually believable. But who doesn’t want a little magic come Christmas time?


Who doesn’t love an identical strangers plot? Drawing on many stories that came before it, “The Princess Switch” features two young women trading places, taking advantage of their extremely similar looks. Stacy DeNovo is an American baker who has travelled to the fictional country of Belgravia for a baking competition. There she meets Margaret Delacourt, the Duchess of Montenaro, who just happens to look exactly like her. To get a taste of each other’s lives, they swap circumstances and both realize that they appreciate the change. The Vanessa Hudgens starrer was so popular that it spawned a 2020 sequel.


Starring Tim Allen, Jamie Lee Curtis, and Dan Aykroyd, this movie has an all-star cast, but is undeniably silly - in a good way. The premise is that a family decides to opt out of Christmas because their daughter won’t be home for the holidays, but have to scramble at the last minute to change their plans when she suddenly plans a trip home. With a 5% rating on Rotten Tomatoes, it’s safe to say that the critics were not a fan of this one - but it’s top 3 position at the box office during its opening weekend demonstrates that moviegoers were! Fun (and unexpected) fact about “Christmas with the Kranks”: the movie is actually based on a novel called “Skipping Christmas” by thriller writer John Grisham!


This rom-com isn’t always classified as a Christmas movie, but it’s definitely worthy of a December viewing because it does take place over the holiday season. It focuses on Chris, played by Ryan Reynolds, a guy who is perpetually in the “friend zone” with his bestie Jamie. Sadly, there are a lot of reasons this movie is problematic and hasn’t aged well. Its use of fat suits to show Chris’s formerly overweight self probably wouldn’t be replicated today and the entire concept of “nice guys” ending up in the friend zone has come to feel pretty antiquated. But it does bring a sense of nostalgia and Ryan Reynolds is as charismatic and funny as always.


If there’s one movie that really made Netflix the go-to source for cheesy Christmas rom-coms, it’s this one. “A Christmas Prince” was released in 2017 and has since spawned two sequels - and people still seem to be debating whether it’s bad on purpose or just plain bad. The thing is though, that despite its unbelievable and overdone storyline and corny dialogue, there’s something extremely enjoyable about this franchise. Maybe it’s because we all want a little escapism and want to suspend our disbelief to escape to Aldovia like Amber Moore!


While it was still known as the Odyssey Network, Hallmark released its first original holiday movie in 2000, and as of 2009 they had instituted their official “Countdown to Christmas” with holiday programming running from Halloween until New Year’s. There’s something about these Christmas flicks that seems to charm anyone who sees them, with their predictability and formulaic nature being part of their appeal. The acting may be iffy at times, and the scenarios depicted may be utterly ridiculous, but we just can’t get enough of them. Luckily, there are new movies released every year around the holidays, so you’ll basically never run out of delightful content to consume.
Comments ∧