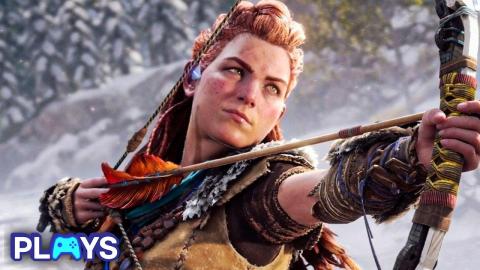 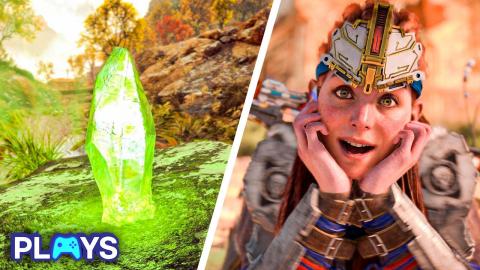 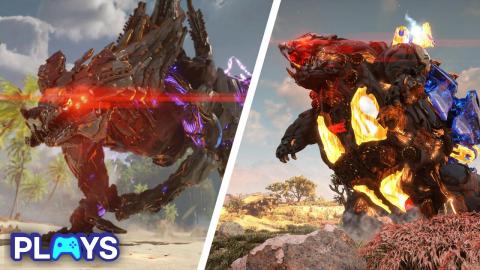 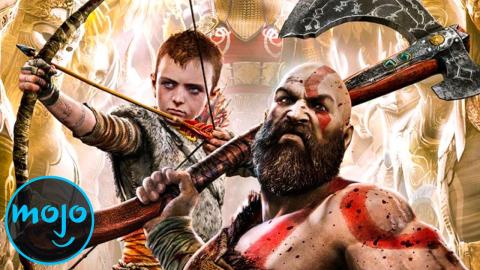 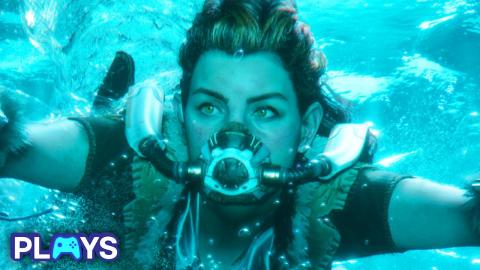 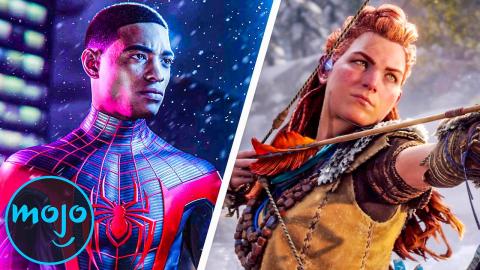 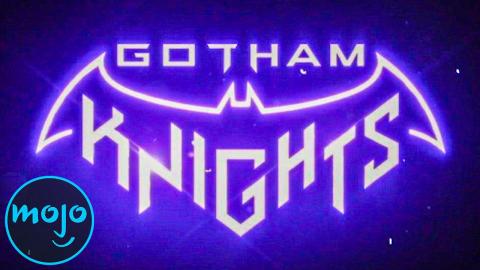 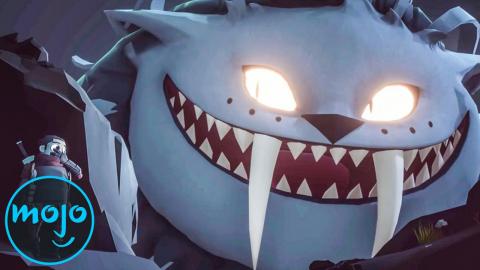 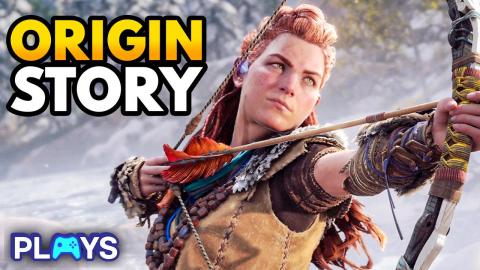 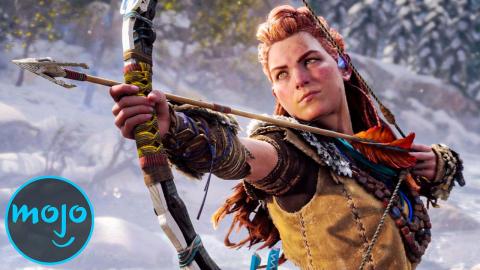 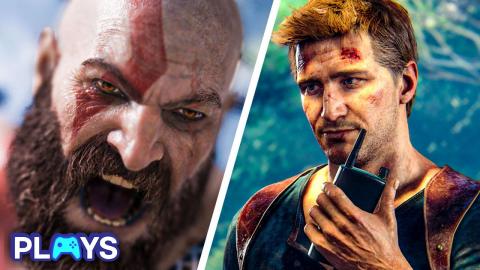 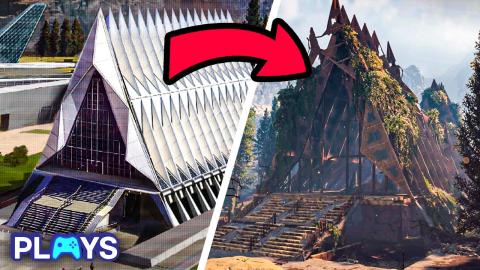 VOICE OVER: Riccardo Tucci
The 9th Gaming Generation is upon us! For this list, we're looking at at the confirmed games set to be released on the PlayStation 5. Our countdown includes the likes of "Spider-Man: Miles Morales", "Ghostwire: Tokyo", "Demon's Souls Remake", “Horizon: Forbidden West”, “Ratchet & Clank: Rift Apart”, and more!
Transcript ∧

With Sony’s lineup ready, the stage is set for the 9th Gaming Generation. Welcome To WatchMojo, and today we’re counting down our Top 10 Most Anticipated PS5 Games.

We know that the PS5 is coming this year, we know that it’ll be coming in two models: An all digital console, and one with a UHD Blu-Ray player. So for this list, we’ll be highlighting the games you should consider picking when these consoles launch.

We first got a tease of this game at E3 2019, but now we got a better look at what the game is all about; Fighting lots of Slendermen like figures and Headless schoolgirls with mystical powers. The game is certainly more on the stylistic side, and it appears we may even get a chance to travel through the haunted Tokyo on a motorcycle. That said, the visuals do give us a bit of pause for concern … Still there is time to fix them up before its 2021 release.


Originally announced on Kickstarter back in 2015, Little Devil Inside is an Open World Adventure Survival game that appears to be making great use of the PS5’s hardware, while retaining its unique art style. The setting is that you; the player have been recruited by your college professor to embark on a dangerous expedition to catalogue and bring back dangerous monsters. Given the variety of creatures we’ve seen so far, it certainly looks like the game will have plenty to offer when it launches on PS4, PS5 & PC.


Ok, it’s actually the 8th game in the mainline Hitman series, but it nevertheless looks compelling. IO Interactive have already delivered a solid and highly replayable experience with the previous two Hitman titles, and it looks like they’re sending off this current trilogy in style. While very little was shown of the game; the simple fact that we’ll get to assassinate wealthy socialites atop a skyscraper in Dubai is incredibly tempting, 2021 can’t come soon enough. Hope you’re not afraid of heights.


A new project by the newly formed “Luminous Productions”, a subsidiary of Square Enix, and made up of developers who worked on Final Fantasy XV. Details on this project are very scarce, but we do know that this game will make use of their in-house proprietary engine “Luminous Studio”. A tech demo of this engine was first shown off in 2012 with the short film “Agni's Philosophy”, and it only seems to have gotten better over the years. If this is what they could do in 2012 with this engine; Imagine what they can pull off on the PS5.


One of the most promising aspects of the PlayStation 5 is it’s Solid State Drive that’ll reportedly make loading screens a thing of the past. Insomniac Games’ beloved Lombax and Robot duo are set to push that feature to the limits. Following up from the 2016 reboot, this entry’s main feature is ability to travel between dimensions instantly, something that would no doubt be very taxing on current gen hardware. But that’s not all, the trailer showed that this game will also be getting a variety of ridable alien mounts … and a new female lombax. No word yet on a release date, but considering the gameplay that was shown off; it can’t be too far away.


Originally released two years before Dark Souls put FromSoftware on the map; Demon’s Souls was initially met with skepticism due to its unprecedented high difficulty at the time, but slowly gained a fan following through word of mouth. Now it’s being given new life from the team that brought us 2018’s “Shadow of the Colossus” remake, and with the SoulsBorne franchise as big as ever; Demon’s Souls now seems set to kick the asses of not only fans of the original, but those who missed out it the first time around. Hopefully the wait won’t be too long.


Now here’s one that caught us off guard, but at first we didn’t realize it was a Resident Evil title until the title screen appeared. But once we knew what we were in for, it all started to make sense. The game see’s Resident Evil 7 protagonist Ethan Winters return as he finds himself in a creepy village being hunted by werewolves, an axe wielding monster, witches, and most shocking of all: Chris Redfield. Making use of the RE Engine used in recent Resident Evil titles, we already know this is going to be a horrifying experience when this game launches on PS5, Xbox Series X and PC in 2021.


Out of all the new IP’s that were shown off at the PS5 reveal, this one impressed us the most; If you were watching this trailer and thought “Hmm this reminds me a lot like ‘The Legend of Zelda” it turns out that is no coincidence. Ember Lab, the developer of Kena, were responsible for the incredible Majora’s Mask fan film “Terrible Fate” released back in 2016. With its Zelda inspiration on full display; from the character designs to the combat, this is certainly a game that should be on your wishlist when it comes out in the Holidays of 2020. Well Nintendo, you had the opportunity but clearly “PlayStation does what Nintendon’t.”


After 2018’s Amazing “Marvel’s Spider-Man” we knew its sequel would have a greater focus on Miles, what with his slow paced side story; and the ending where he revealed his identity to Peter Parker. While details are scarce at this time, we are expected to see 2 iconic villains in Spidey’s rogues gallery based on the first game’s post credits scene: Green Goblin and Venom, though the latter having the identity of Harry Osborne rather than Eddie Brock. We also know that this game is coming out this year as a PS5 exclusive, so it's very likely that this will be a launch title.

“Astro's Playroom” (TBA)
A cute followup to the PSVR hit that will take full advantage of the Dualsense controller’s new features.

“Pragmata” (TBA)
While it’s being developed by Capcom, there’s lots of speculation that a certain strand loving auteur may be involved. Wouldn’t be the first time he did this.


After the incredible “Horizon Zero Dawn” ended on a cliffhanger ending with loads of unanswered questions, we all couldn’t help but wonder when we would return to Aloy’s world. While no release date is set, we do have a good idea of what to expect. We know Forbidden West will take across what used to be California as the reveal shows plenty of San Francisco landmarks that have since been reclaimed by nature. We know that the game will have a new focus on underwater traversal, But most importantly; we can’t wait to take on some giant mechanical mammoths ... And find out what Sylens is doing. Greatness certainly awaits.
Comments ∧