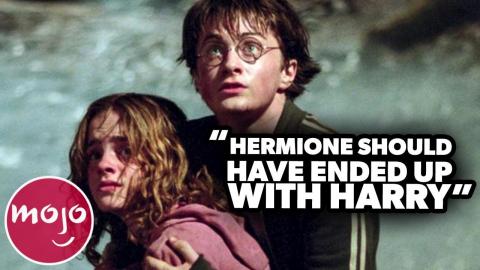 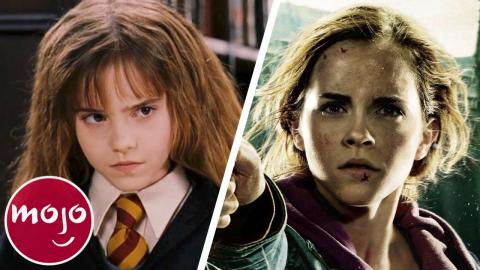 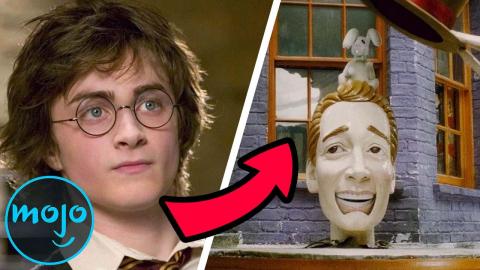 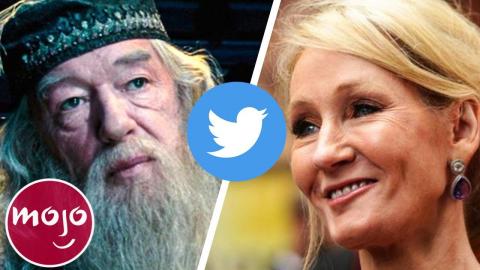 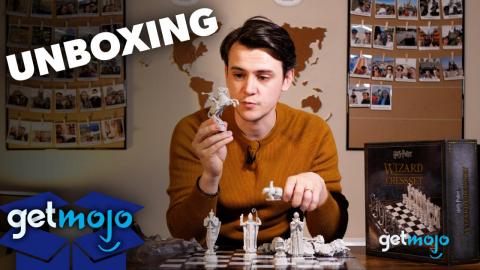 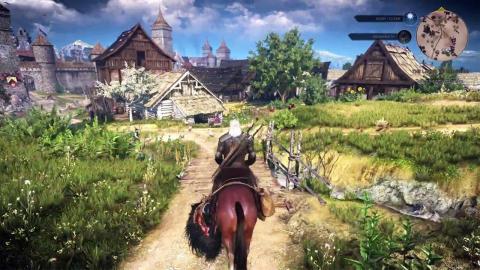 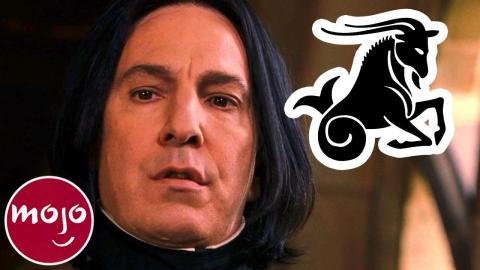 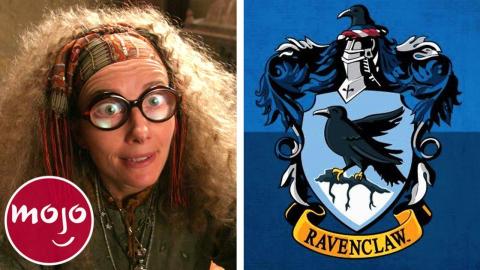 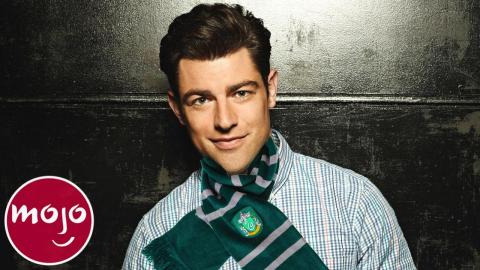 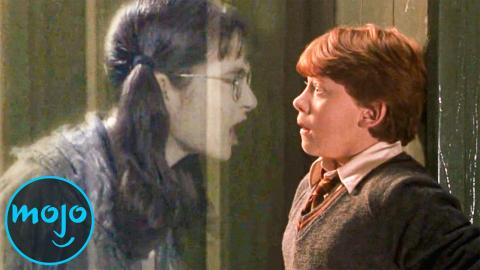 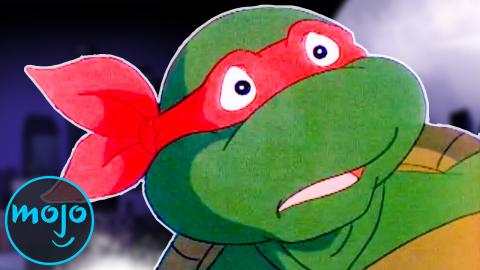 VOICE OVER: Emily - WatchMojo WRITTEN BY: Savannah Sher
There are some things you should never say to a Harry Potter fan.
Transcript ∧

Potterheads do NOT welcome these kind of comments. Welcome to MsMojo and today we're counting down our picks for the Top 10 Things You Should Never Say to a Harry Potter Fan.

For this list, we’re looking at all of the most offensive things you can say to someone who is still waiting for their Hogwarts letter to be delivered.


It’s going to be a bad start in a conversation about Harry Potter if someone says they haven’t even read the books. Because in that case, do their opinions have any validity whatsoever? Obviously not. Sure they may have seen snippets of the movies or heard about the boy wizard in pop culture, but there’s no way they could possibly fathom the magical nature of this fandom without having read the books themselves. And no, just having read the first one back in grade school doesn’t count. If they say they TRIED to read the books and couldn’t get into them, then you know they’re a lost cause.


Sure, the final book in the “Harry Potter” series came out more than a decade ago in 2007 and even the movies have been out of theatres since 2011, but that does NOT mean that this series is over. First of all, there are all the different spinoff properties like “Fantastic Beasts” and the “Cursed Child” stage play, but even more importantly, it doesn’t matter if J.K. Rowling is producing content about Harry and his friends anymore, they still live in our hearts. And if anyone asks if we still love “Harry Potter” after all this time, you know there’s only one correct response: “Always”.

#8: “Why Would Anyone Want to Be in Hufflepuff?”


Gryffindors are brave, Ravenclaws are smart, Slytherins are ambitious and Hufflepuffs are...what exactly? If you’re not a major fan, you probably think Hufflepuff is where all the kids don’t possess any notable qualities end up. But that couldn’t be any further from the truth. Hufflepuffs are known for their loyalty, their great work ethics, their diligence and their patience. While these qualities may not be as flashy, no one should be ashamed to be sorted into Hufflepuff, whether it’s at Hogwarts or on Pottermore. And any true fan knows that.


The final chapter of the “Harry Potter” series takes readers 19 years past the Battle of Hogwarts to see Harry, Ron, Hermione and Ginny at Platform 9 3/4 sending their kids off to school. It wraps the story up with a nice tidy bow, ending with the comforting line, “The scar had not pained Harry for 19 years. All was well.” People love to hate on the epilogue because it’s too saccharine, but give these poor characters a break. Harry had gone through seven years of trials and tribulations in his efforts to defeat Voldemort, and the poor guy deserves a happily ever after, even if it might be a bit cheesy.


Lots of people (usually the ones who have only seen the movies and never read the books) seem to like to brag about how unaffected they were by the deaths in the Harry Potter series. Sure, some of the saddest moments are glossed over a bit in the movies (Fred’s death anyone?) but if you read the books you’d get the full emotional impact of that scene. Also some of the most emotionally wrenching scenes are devastating in any medium, like when Dobby dies saving Harry in “Deathly Hallows”. If you didn’t shed a tear then are you even human?

#5: "Michael Gambon Was a Great Dumbledore"


After Richard’s Harris’s passing, the wizarding world needed a new Dumbledore and so Michael Gambon stepped in for the third movie and beyond. The problem is though, he does NOT embody the character that fans had come to know and love. Dumbledore in the books is characterized by the twinkle in his eye and his lighthearted nature, but for some reason Gambon decided to play the Hogwarts headmaster as kind of...yelly. This entire entry could just be us playing the “Goblet of Fire” clip on loop, but there are other examples in the series of him delivering lines in a way that is just totally out of character.


Ok we’ve got to admit, this one is going to be controversial. While Harry may refer to Snape as the “bravest man he ever knew”, some Harry Potter fans still have a few serious questions. While the simplest take may be that Snape was actually a good guy all along, a more nuanced look reveals that despite his willingness to honour Lily’s memory, he still abused Harry because of his hang ups about his father. Not to mention, his love for Lily was unrequited, which lets be honest comes off as kinda creepy.


Anyone who thinks “Harry Potter” is just a kids’ book obviously hasn’t read it, or experienced the complex battle between good and evil that exists within it. These are the same types of people who love to remind you that “Harry Potter” is a fantasy book and isn’t based in reality. They’ll also loudly remind you that Hogwarts isn’t real. But what better reality is there than the one you get to visit through fiction? At the end of “Deathly Hallows”, Harry asks Dumbledore, whether this is all real or just happening inside his head, to which Dumbledore prophetically responds with an answer we can all relate to.

#2: “Hermione Should Have Ended up with Harry”


Listen, we’re not going to prattle on about how perfect for each other Ron and Hermione are, because even their own creator has admitted that keeping them together wasn’t necessarily the wisest decision. But just because those two may not be a match made in heaven, it doesn’t mean that Hermione should simply be married off to Harry instead. In the books, it’s clear that there’s no romantic tension between these two, and they’re a prime example of a pure friendship that doesn’t have anything else going on beneath the surface.


There’s no sentence that ends a conversation with a Potter fan faster than the assertion that the movies were better than the books. Where can you even start with someone who believes that? You almost have to hope that they haven’t actually read the books and are simply misinformed, because anyone who has read all seven could never be convinced of such a thing. Sure, the movies are fun as a companion to the original texts, but there’s no capturing all of the complexity, character development and minor plot points on the screen.
Comments ∧