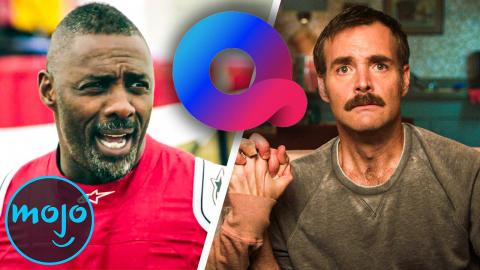 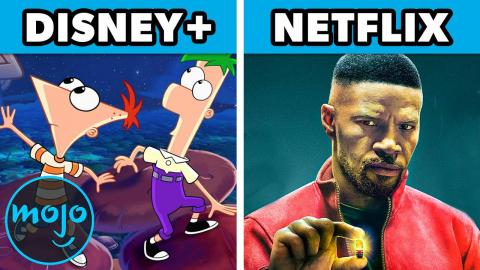 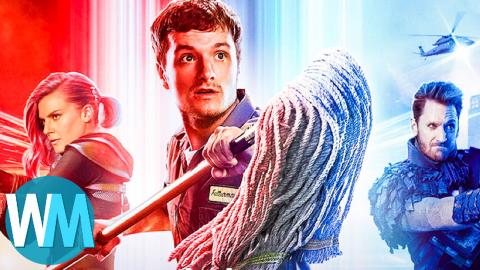 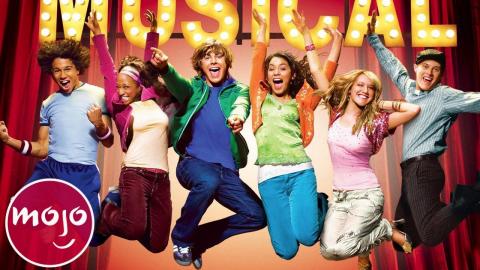 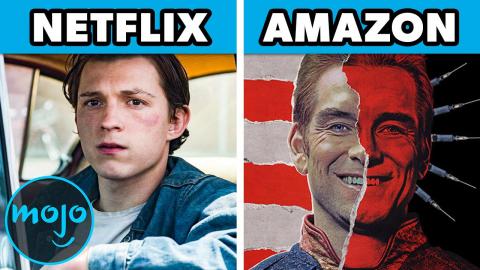 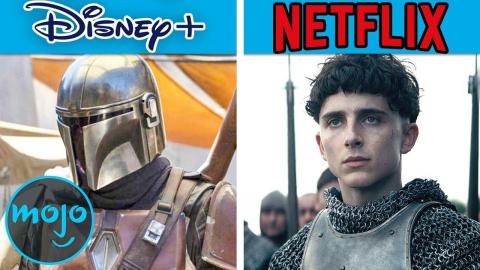 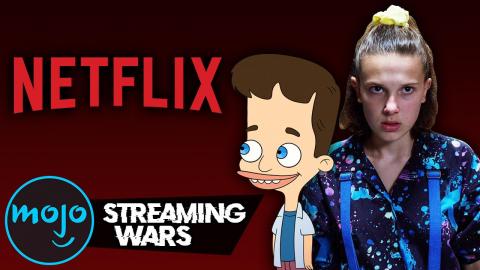 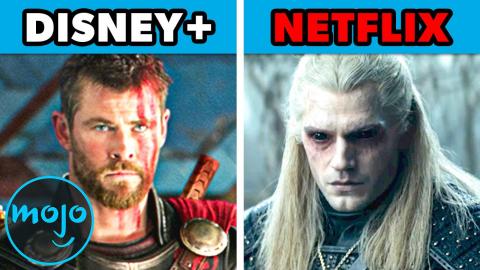 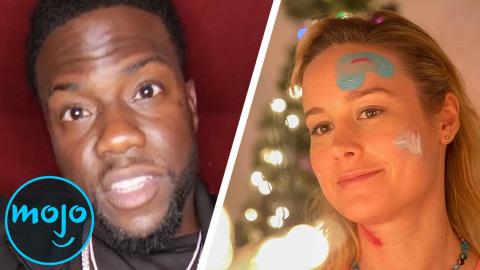 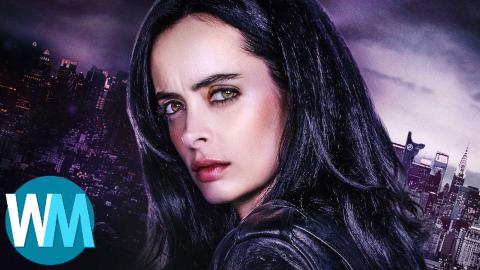 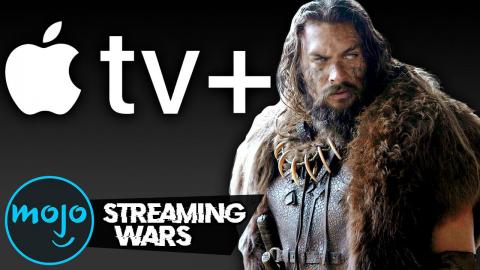 Is Apple TV Plus Worth It? 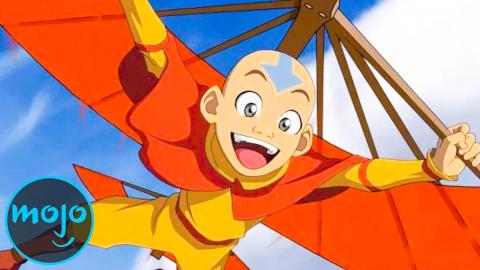 Top 10 Shows You Didn't Know Are Being Made

VOICE OVER: Phoebe de Jeu WRITTEN BY: Michael Wynands
You've heard of Netflix, Hulu, and Prime Video, but these are the upcoming streaming services you need to know about.
Transcript ∧

We’re officially living in the golden age of streaming, and it’s kinda overwhelming. Welcome to WatchMojo, and today we’ll be discussing Upcoming Streaming Services You Need to Know About.

In this video, we take a closer look at established players and the new streaming services that will become available in 2020 and beyond: both those that are soon to launch, and those which still seem to be in the development stage. This is the first video in a series where we’ll be reviewing streaming services and giving them a rating using our Mojometer!


Now, when most people think of streaming services, Netflix is the first one that comes to mind. It’s the business that reshaped the way we distribute and consume content. But while Netflix wears The Crown, it isn’t alone in its field. By taking its own approach to streaming, Hulu has carved out a sizable portion of the market for itself, as has Amazon, by bundling its streaming service into Amazon Prime memberships. This mighty trio proves that the industry can support multiple companies and healthy competition, but as more contenders enter the fray, we’re likely to start seeing more of them fail. Anyone remember Shomi? How about Seeso?

The Most Recent Competitors


The two biggest companies to enter the fray in 2019 are Disney and Apple - and they’ve each taken a very different approach. Disney+ is offering up a sizable selection of Disney's beloved films and television series from over the years, plus its acquired 21st Century Fox content. The library remains notably smaller than that of competitors like Netflix, but with original “Star Wars” and Marvel content, plus exclusive streaming of future Disney films and Disney-owned franchises, and a whole bunch of new original content, that’s a compelling sales pitch - especially at just $6.99 a month. AppleTV+ is doing things very differently. It’s offering a tiny library of new original content, but the quality is extremely high, boasting major star power with series like “See”, “The Morning Show”, and “Dickinson”. Even so, a streaming service with only a handful of titles might be a hard sell. That is until you consider the price tag of just $4.99, and the fact that it comes free for a year with any new Apple device. Plus, they’re promising big collaborations on the horizon. It’s an all-killer, no-filler approach, and it’s generating a lot of buzz.

Now that we’ve taken a look at the current state of the streaming industry, let’s get up close and personal with the incoming challengers.


If there’s one upcoming streaming service that we truly believe has what it takes to go toe-to-toe with the established players and upstarts like AppleTV+ and Disney+, it’s HBO Max.This premium cable channel has been synonymous with high-quality, cinematic-style television since the early ‘90s. Now… HBO’s already got streaming service history in the form of HBO Go and HBO NOW. So this is technically their third streaming service, but it also feels like the culmination of everything they’ve done before and MUCH more. With HBO Max, you get thousands of hours of content, consisting of not only the HBO library, but hit series like “Friends”, “The Big Bang Theory”, “South Park” and more. They’ll also be producing new big budget original series and films. Plus, given that WarnerMedia Entertainment, a division of AT&T's WarnerMedia, owns so many properties, you can expect a lot of diverse content, both in terms of films and television. $14.99 ain’t cheap, but that’s a lot of bang for your buck.


We’re going to level with you… we’re not totally sold on the name. But hey, the peacock logo has been serving NBC well since the 1950s, so we can appreciate the sentimentality. And if this service manages to soar as high as NBCUniversal hopes, the word could soon become as ubiquitous with streaming as “Hulu” or “Netflix”. A streaming service limited to NBCUniversal offerings might not initially sound like a must-have, but pulling hugely successful series like “The Office” from the competitors, makes you realize just how solid of a catalogue they’re actually working with. “Parks and Recreation”, “30 Rock”,“Cheers” and every season of “Saturday Night Live”? These are major selling points. But there’s more! They’re also offering up movies from the Universal Studios film catalogue like “Shrek” and the “Fast & Furious” franchise. Add original series, plus reboots of shows like “Battlestar Galactica” and you’ve got the makings of a potential major success. The price tag for the streaming service remains a mystery, but there will be a free ad-supported version for tv subscribers.


Honestly, we don’t have a ton to say about this streaming service, because there isn’t a whole lot that’s been confirme. But… it definitely seems to be making an effort to distinguish itself in this increasingly crowded industry, and that warrants discussion. In April of 2019, it was announced that Discovery and BBC Studios had signed a pricey deal to create a unique streaming service focused on factual, educational and real world programming. This will take the form of both existing documentaries and series that they’ve each produced, as well as future co-productions. This will be the home of the likes of “Planet Earth,” “Dynasties”, and other such programming exploring the realms of nature, science, space, history, technology and more. The launch date and exact pricing remains unknown at this point, but the price is expected to be quite reasonable - in the ballpark of $5.


All of the streaming services we’ve been discussing today appear intent on making themselves must-haves, but Quibi is arguably the only upcoming streaming service that’s a truly radical departure from the Netflix model. It’s moving away from conventional TV and film in favor of short form videos intended exclusively for mobile. Its name stands for “Quick Bites” because that’s how the creators envision its content - quick bites of high quality content. At first glance, this might seem like a doomed experiment. Don’t people turn to YouTube for this sort of content? Perhaps, but the platform has raised over $1 billion in funding from major studios including Disney, Universal and WarnerMedia, so the industry clearly sees potential. And with the involvement of names such as Steven Spielberg, Guillermo del Toro, Chrissy Teigen, Kevin Hart, Trevor Noah, Zac Efron, Idris Elba, Jennifer Lopez, and more, it’s got the star power to attract subscribers. Add to that sport content, as well as interactive experiences, and it does start to sound appealing. All that remains to be seen is if it offers enough value to justify the price tag of $7.99 (or $4.99 with ads).

In terms of serious players soon to be bidding for your hard earned cash, those are all the major contenders. It’s conceivable that they all succeed, but as this industry becomes increasingly crowded, it seems inevitable that some of them fold up shop or accept defeat. Most people can afford to subscribe to a few of them, but considering the sort of expenses that these streaming services encounter in securing the rights to popular series and films or producing original content, they really need a massive subscriber base to be profitable. Also to consider are the dozens of smaller, more niche streaming services out there like Shudder and CrunchyRoll, or the recently launched BET+. Massive libraries of high quality content are all well and good, but with various Netflix level platforms launching, subscribers might increasing turn towards these smaller streaming services to better satisfy their specific interests. Ultimately, it’s us, as subscribers, who will decide which streaming services thrive, and how many can co-exist. Only time will tell what the future holds for any of these various services, but there’s one thing we can say with absolute certainty: the Streaming Wars have officially begun.
Comments ∧