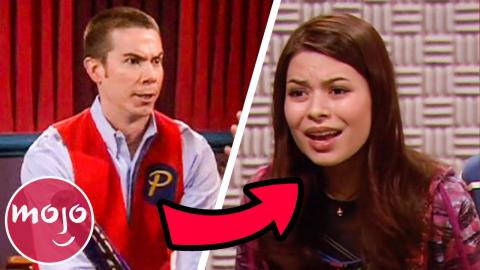 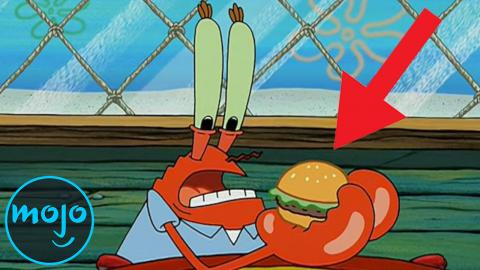 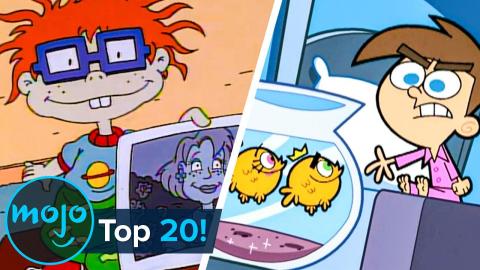 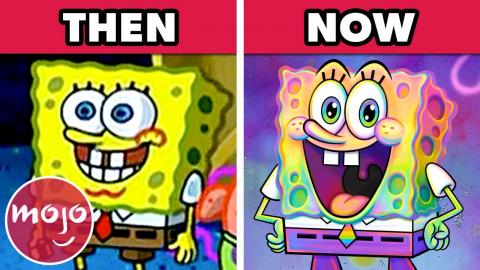 The Evolution of Nickelodeon 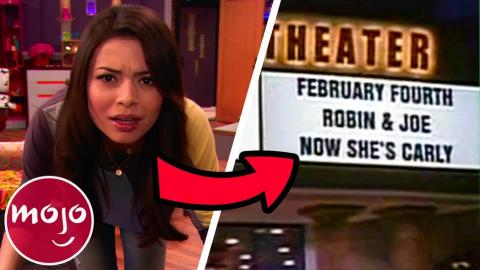 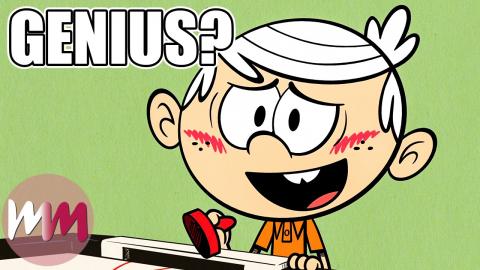 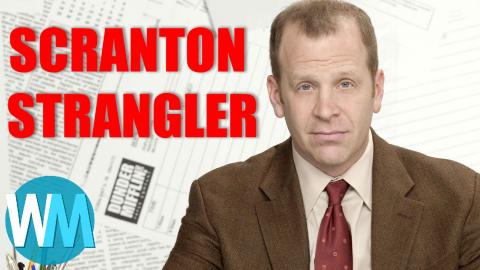 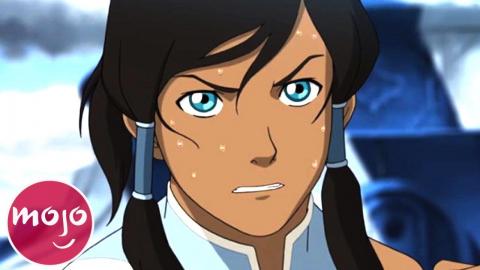 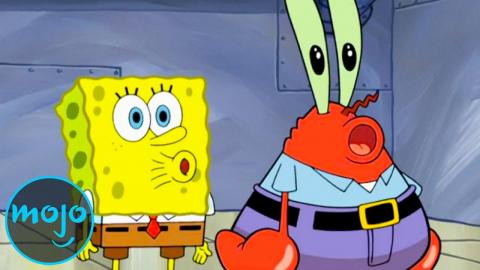 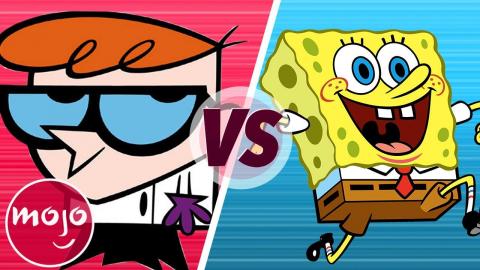 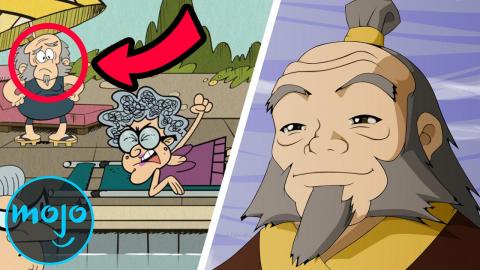 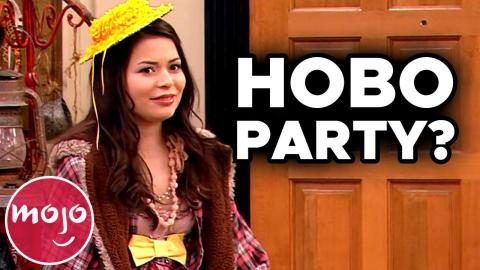 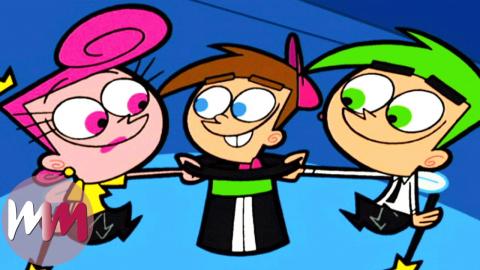 VOICE OVER: Jaimie Roussos
Prepare for your these dark theories about Nickelodeon shows to shatter your childhood.
Transcript ∧

These grim fan theories might make you change the channel. Welcome to WatchMojo.com and today we’re counting down our picks for the Top 10 Dark Theories About Nickelodeon Shows.

For this list, we're looking at the bleakest fan theories that have been conceived about Nickelodeon’s original cartoons or live-action shows.


Avatar Aang saved the Earth Kingdom from destruction, but was he too late to stop the apocalypse? One theory suggests an apocalyptic event occurred before his birth. The proof of this disaster lies with Avatar Wan. Despite living almost 10,000 years before Aang, their settings and weapons look relatively similar. For comparison, Avatar Korra was surrounded by steampunk technology around 70 years after Aang saved the world. An apocalyptic event could explain the lack of progress between Wan and Aang’s eras, and the series’ hybrid animals. With all the adult themes this franchise has explored, an apocalypse is a depressing possibility.


The opening of “Danny Phantom” shows us that Danny Fenton got his ghostly powers from an accident with one his parents’ machines. According to one theory, the device did more damage than we thought. Instead of developing superpowers, Danny fell into a coma after the accident. The ghosts he fights represent aspects of his personality. For example, his archenemy Vlad Plasmius symbolizes Danny’s resentment towards his parents for the accident. And speaking of his parents, their fights against Danny’s ghostly form represent their debate on whether they should pull the plug on their comatose son. Is this why Danny’s catchphrase is “I’m going ghost?”


In the bright and imaginative world of “Blue’s Clues,” the whimsical Steve is friends with inanimate objects like Mr. Salt, Mrs. Pepper, the mailbox and, if this theory is correct, hallucinogenic drugs. In each episode of the show, Steve jumps into paintings and chats with household items. The theory states that both activities are just a result of his intense drug hallucinations. Furthermore, the children’s voices that we hear in the background represent either a child or younger relative that Steve is constantly neglecting due to his substance abuse. If this theory is true, then Steve’s exit from the show could mean he entered rehab.


There are some SpongeBob fans who believe that the main characters’ flaws are meant to represent the seven deadly sins. But others think there’s a more scientific explanation for their bad habits. The nuclear testing theory says that SpongeBob and friends were regular marine creatures until they were mutated by radiation from atomic experiments. Fans noted that SpongeBob’s hometown of Bikini Bottom sounds like Bikini Atoll, an actual location where the U.S. tested nuclear weapons. In addition, explosive clips of mushroom clouds have appeared several times on the show. Perhaps things aren’t as innocent as they seem near that pineapple under the sea.

Before the 2017 movie explored the mystery of what happened to Arnold’s parents, fans came up with their own solution. The theory suggests that Arnold’s “grandparents” were his true parents. After his birth, they told him that his parents were explorers to hide the truth. Furthermore, Arnold’s famous football shaped head was actually a birth defect. The one that fits most closely is known as hydrocephalus, a condition that causes fluid to build up in the brain. Since the risk of birth defects can increase among older couples, Arnold’s “grandparents” may have blamed themselves and couldn’t bear to tell him about his true parentage.


Mr. Krabs’ archrival Plankton has always wanted to know what makes the Krabby Patty taste so good. The answer may be cannibalism. According to the theory, the legendary burger is made from actual crabs. Before you say that’s a load of barnacles, consider this. There’s a noticeable lack of crabs in Bikini bottom. The Krusty Krab’s menu items, like the Kelp fries, are likely made with the same ingredients present in their title. And the restaurant itself even resembles a large lobster trap. If Mr. Krabs is as money-hungry as he seems, turning his own kind into delicious food makes scary business sense.


“Drake & Josh” featured Miranda Cosgrove and Jerry Trainor as associates Megan Parker and Crazy Steve respectively. After that show ended, they were cast as siblings Spencer and Carly Shay on “iCarly.” One theory suggests this was more than coincidental casting. Before the events of “iCarly,” Crazy Steve murdered Megan Parker’s family. He then forced her to move to Seattle and changed their identities so they could pass as siblings. Carly’s webshow is her attempt to reach out to people who might recognize and rescue her. This kidnapping theory would explain why Crazy Steve was in a mental hospital in “iCarly” spinoff, “Sam and Cat.”


This morbid theory suggests that most of the “Rugrats” are dead. Angelica supposedly has mental issues that cause her to hallucinate her baby friends. In reality, the imagined babies were based on tragic stories she overheard. Her cousin Tommy was stillborn. Angelica imagined Phil and Lil as twins because their mother had to terminate her pregnancy before her child’s gender was revealed. The easily frightened Chuckie died in an accident and his stepsister Kimi was taken away by child protective services. The only real baby is Dil because the troubled Angelica can’t talk to him like she does with her imagined friends.


Mr. Crocker may be more obsessed with Timmy than his fairies. Throughout “The Fairly OddParents,” Crocker constantly suspects that his young student will get him access to fairy godparents. But one theory claims that the fairies are a metaphor for Timmy’s innocence and “wishes for the future.” Crocker wants to steal both by sexually abusing his student. In some versions of this theory, Timmy’s fairies represent the antidepressants he takes to cope with his teacher’s endless pursuit, neglectful parents and abusive babysitter. Although he pretends that all his wishes can be granted, the reality is that he’s stuck in a cycle of misery.

Before we ruin your childhood with our top pick, here are some honorable mentions.


On the first day 11-year-old Doug moved to a new house, his neighbor Mr. Dink brought him next door to watch a video. While it’s portrayed as a friendly gesture, theorists believe that this was the first sign that the middle-aged man was a child predator. Throughout the series, Mr. Dink spends plenty of time with Doug. At one point, he even becomes Doug’s scoutmaster. Eventually, Dink’s inappropriate closeness allegedly drove his preteen neighbor to experiment with drugs that caused vivid daydreams. So every time we see a character like Quailman onscreen, it’s actually Doug taking a trip away from the sinister Mr. Dink.
Comments ∧