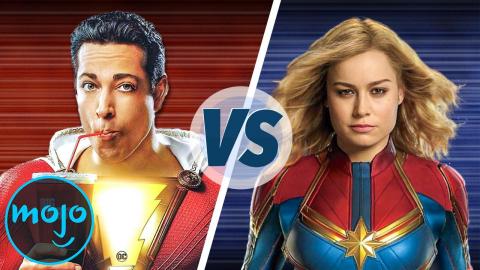 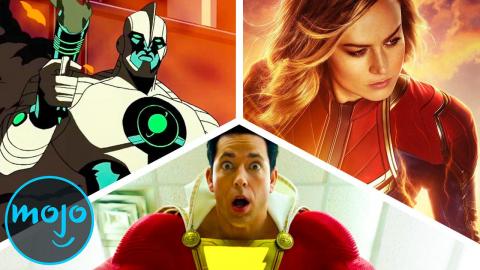 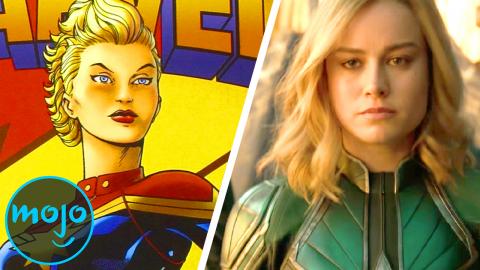 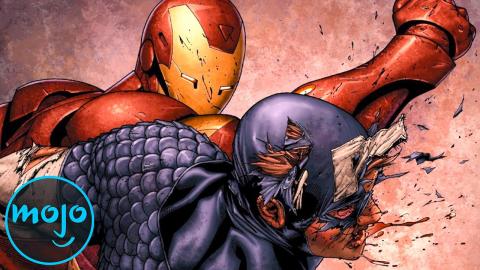 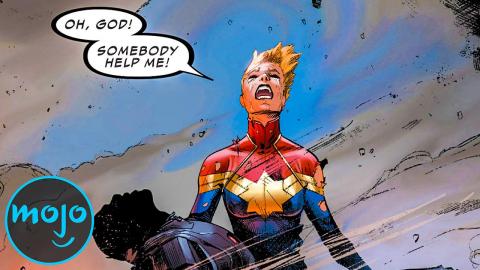 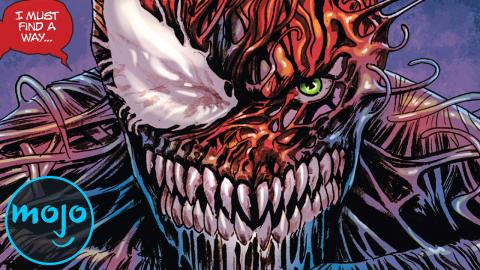 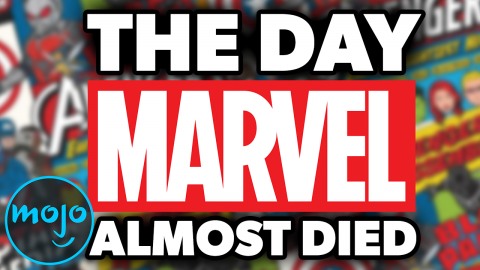 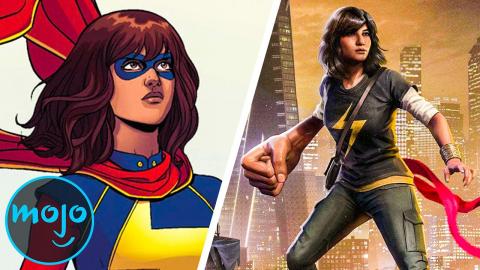 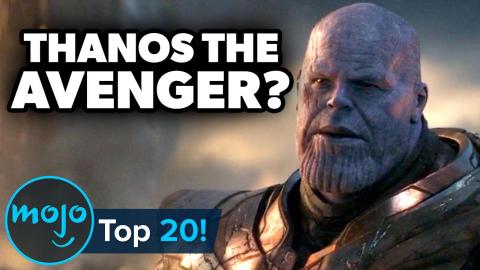 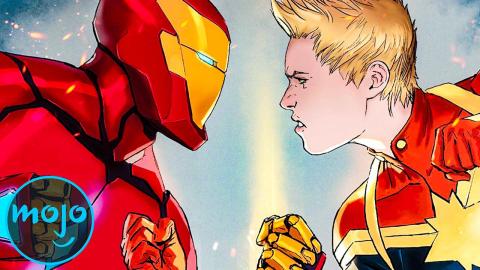 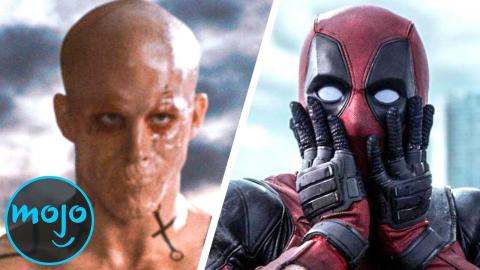 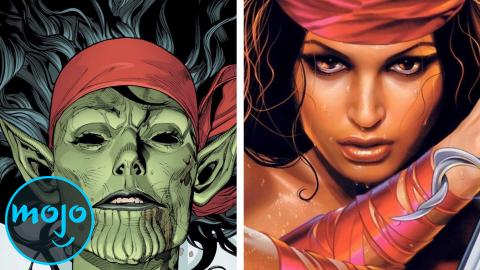 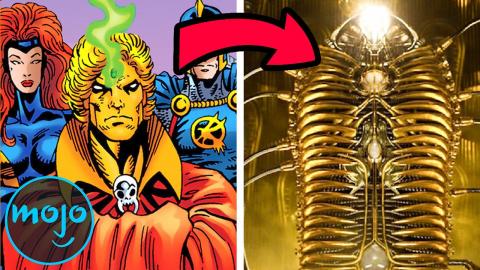 VOICE OVER: Riccardo Tucci WRITTEN BY: Michael Wynands
Over the years, both of these characters have gone by the name “Captain Marvel”. So let's see who really deserves the title! Welcome to WatchMojo.com, and today we'll be going tit for tat with Shazam and Captain Marvel to see who comes out on top. We're evaluating a wide range of categories to determine who's the superior superhero - not just who would win in a fight.

Please note that on the Marvel side of things, we'll only be looking at Carol Danvers, not Mar-Vell, the Captain Marvel that came before her.
Transcript ∧

Over the years, both of these characters have gone by the name “Captain Marvel”. So let’s see who really deserves the title! Welcome to WatchMojo.com, and today we’ll be going tit for tat with Shazam and Captain Marvel to see who comes out on top. We’re evaluating a wide range of categories to determine who’s the superior superhero - not just who would win in a fight.

Please note that on the Marvel side of things, we’ll only be looking at Carol Danvers, not Mar-Vell, the Captain Marvel that came before her.

Before she donned the mantle of Captain Marvel, Carol Danvers served as a supporting character on the adventures of her predecessor, the Kree alien Mar-Vell. Nearly a decade after her introduction, as a result of an earlier accident involving a Kree device, she began manifesting powers. Becoming a hero in her own right, Danvers operated under the name Ms. Marvel, and later Binary and Warbird, before finally becoming Captain Marvel in 2012. In recent years, the comics have elaborated on her time with the Air Force and NASA, retroactively strengthening her backstory. Danvers’ journey - both within the comics and from an editorial standpoint- has been a long one, but she’s now one of Marvel’s biggest female heroes in her own right.

For his part, Shazam’s origin story is notably more streamlined. The character is really a product of his times and considering he debuted in 1939, that means old-fashioned, pulpy, delightfully unselfconscious, and unapologetically a Superman rip-off. The story has been revisited and tweaked over the years, but the basic premise usually remains the same: Billy Batson is an orphan (originally homeless) who is given great power by the wizard Shazam, transforming him into not just a hero whenever he says the magic word - but an adult hero. He originally operated under the name of Captain Marvel, but over the years this has been changed to “Shazam” to avoid confusion.
While Billy Batson’s road to becoming Shazam is certainly easier to follow, Carol Danvers’ backstory is far more fleshed-out. Her road to becoming Captain Marvel is one of the more interesting character developments in comics, and so she takes round one.

Ms. Marvel’s leotard look seemed a little impractical - prioritizing sex appeal over functionality. Her modern Captain Marvel suit, however, is hard to fault. The red and blue, with its gold accents, is eye-catching and has a sort of old school military quality to it. A red sash remains from the old one-piece swimsuit type outfit she used to wear, which adds a bit of flair to the overall look. From head to toe, it’s a costume that conveys strength and confidence. Something tells us we’ll be seeing a whole lot of this costume in Halloweens to come.

When you look at the character design of Shazam, one thing quickly becomes apparent - he’s clearly inspired by Superman. It’s little wonder DC sued Fawcett Comics for copyright infringement. But let’s really take a closer look at that costume. But Shazam’s iconic outfit has certainly stood the test of time, and is a bold and bright as any classic superhero costume from the golden age. It’s a clean look and color scheme that never gets old.
Nothing against Carol Danvers’ costume, but when it comes to iconic superhero designs, it’s a testament to Shazam’s simple and timeless look that his costume has barely changed since he was introduced in 1939. Shazam ties it up!
WINNER: Shazam

Being powerful is all well and good, but strength and abilities can only carry you so far if you don’t know how to use them. The Marvel universe is jam-packed with heroes and villains boasting genius level intellect: Spider-Man, Iron Man, Mr. Fantastic, Doctor Doom, Doctor Octopus - we could go on. Captain Marvel, compared to these peers and foes, is average in terms of intelligence. But with that being said, what she lacks in super-smarts she more than makes up for in strategic thinking, experience, and education. She’s a natural leader, a master tactician, multilinguist, ace pilot and has the sort of wide-ranging knowledge that one naturally acquires when traveling to other worlds.

Like any character that’s been around for so long, Shazam suffers from inconsistent characterization. As such, it’s hard to generalize about something like his intelligence, but we’re going to try. While Billy may take on the form of a grown man when he uses his powers, that man nonetheless has the mind of a boy. As you can imagine, comic book writers really enjoying playing with this, sometimes exaggerating his immaturity to a comedic degree. One of his powers is supposed to be the “wisdom of Solomon”, but writers usually tend to make that power limited or inconsistent.

Honestly, this one isn’t much of a contest. Yes, Shazam has been shown to have vast knowledge of science and languages, but more often than not, he’s depicted as immature, naive and prone to the errors of youth and inexperience. Captain Marvel, on the other hand, has age, intelligence, and experience on her side. And so she takes the win.

At least as far as the MCU is concerned, Captain Marvel is going to be a force the likes of which we haven’t really seen before. Marvel Studios president Kevin Feige has gone on record saying that she’s the cinematic universe’s most powerful hero to date. The amalgamation of Kree and human physiology has blessed her with a wide range of abilities, including superhuman strength, endurance, stamina, reflexes, and physical durability. She can also fly (including through space), has a healing factor, and, perhaps most impressively, can absorb, manipulate and weaponize energy. She’s truly a formidable force to be reckoned with.
Like Captain Marvel, Shazam has a long list of abilities. Thankfully, his creators made his powers easy to remember by having them form an acronym that spells “SHAZAM”. When he transforms, Billy acquires the aforementioned Wisdom of Solomon, the strength of Hercules, the stamina of Atlas, the power of Zeus, the courage of Achilles and the speed of Mercury. In short, he’s basically got most of the same abilities as Superman, but without a Kryptonite weakness, plus immortality and control over lightning. He also has unspecified magical powers, including the ability to share the power of Shazam with others.

Captain Marvel might be a heavy hitter in the MCU and Marvel comics, but the DC comics universe is one inhabited by godlike beings. And in keeping with this, Shazam punches in a different weight class. With that… Shazam ties it up!

With her introduction into the MCU, Captain Marvel is stepping into the limelight in a big way. Her role in Avengers: Endgame, combined with her own solo film, together, guarantee that she becomes a household name. And that’s a big deal, because while in recent years she’s become a fan favorite of comic book readers, she has yet to crossover into other media in any really significant way. Sure, she’s appeared in a number of animated series, but usually these were guest cameos or she was appearing in a supporting role. Same goes for video games.
Though it might come as a surprise to many, Shazam has actually been the subject of numerous adaptations, both animated and live-action. None of them were massive in scale or influence, but cumulatively, they make for an impressive legacy. Under the name of Captain Marvel, Billy Batson became the very first superhero to appear on film when Republic Pictures released the 12-part serial “Adventures of Captain Marvel”. Then, in the mid-1970s, a live-action “Shazam!” series ran for three seasons. This was followed by an animated kid’s show in 1980s. Since then, Shazam has been featured in many DC animated series and feature films and is finally returning to the big screen

This might very well change, but until the full influence of “Captain Marvel” and “Shazam” can be measured at the box office and beyond, Shazam actually leads in terms of adaptations. Though we suspect that Captain Marvel will soon soar past him in terms of name recognition and popularity, for the time being, Shazam takes the round, and with it, the competition!
Comments ∧