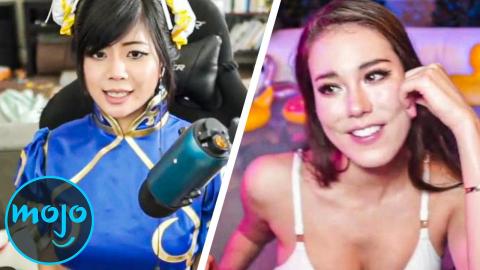 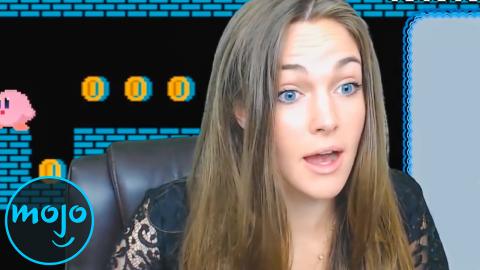 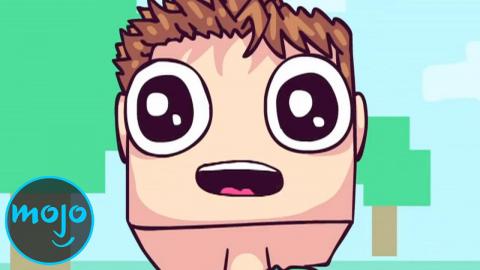 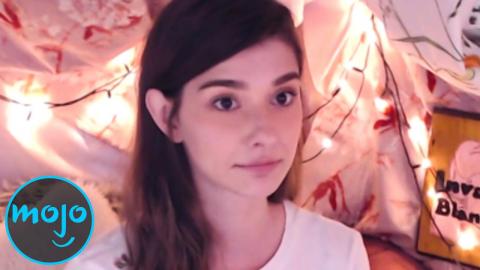 Top 10 Times Video Game Streamers Got What They Deserved 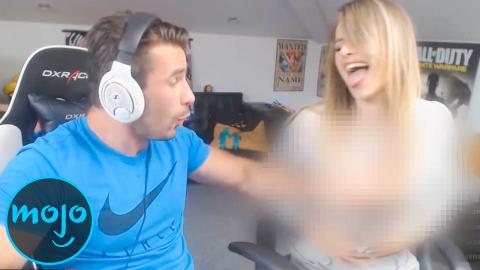 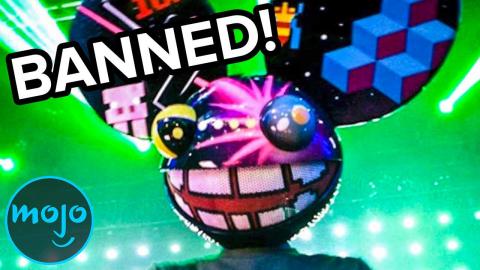 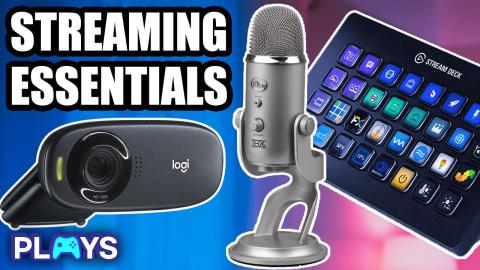 Things All New Streamers Need to Own 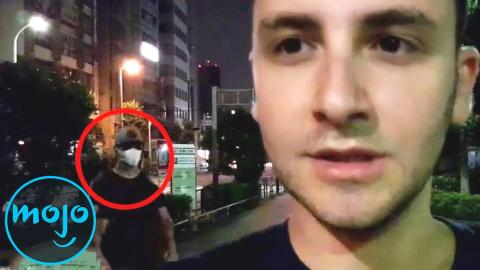 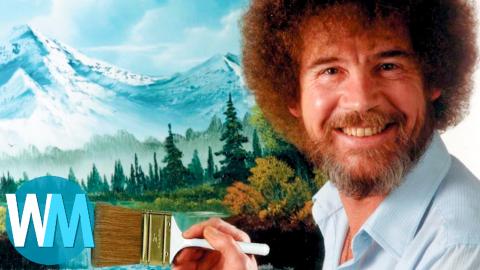 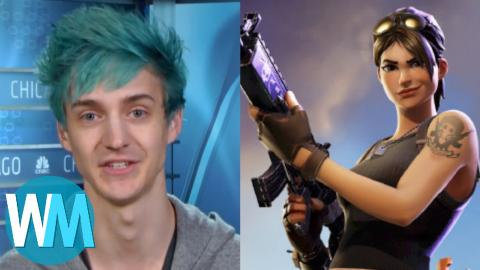 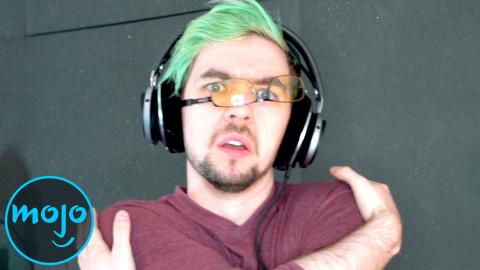 Top 10 Most Popular Twitch Videos of All Time

In recent years, Twitch has become the most popular platform for gamers to watch streamers...you guessed it, play games! With millions of fans across the globe, and a growing number of popular streamers, we count down the Top 10 Most Popular Twitch Videos of All Time!

Top 10 Most Viewed Twitch Clips of All Time

Twitch is a growing platform with a simple concept: filming your activities and video game play sessions. Twitch’s approach has become quite popular and with new followers daily and it easy to see why. Welcome to Watchmojo and today we’re counting down the Top 10 Most Viewed Twitch Clips of All Time.

For this list, we’re looking at the Twitch’s platform most viewed clips segments that went viral on Twitch. From crazy gaming parties to unusual life moments, these are favourites among Twitch users. Hang in there!

No mercy for the streamers! In this live video, the twitch user is streaming outdoors as part of a donation drive to get her belly button pierced, only to be interrupted by an old man who is clearly not a fan. (“You’re really not that interesting”) The embarrassment that follows makes us laugh and the video itself has over 1 million views! At the end, we feel a bit bad for her since it looks like she’s about to cry. On the other hand, internet users are rather in agreement with the old man and see him as a hero for audible whispering what everyone else was thinking.

Twitch user NoJennyNo gave us a beautiful moment of confrontation IRL with this video. We see her in the middle of exercising at a gym when another woman interrupts her. NoJennyNo is asked to leave and is accused of taking up space and hogging the equipment for too long. Incensed, Jenny refuses to leave and the two women argue until the older woman gives up. We don’t know who to root for but in any case, it’s pretty incredible to witness such a dispute on a livestream.

#8: I Can Win Starcraft With My Foot
User: Zotac Cup

During the finals of the Zotac Cup, an eSports competition centred around the remastered version of Starcraft, Korean pro-gamer Larva took showboating to the next level. It’s a fierce battle, but apparently not too much for Larva who starts using the keyboard with his left foot! The commentators are blown away by this hilarious impertinence. He wanted to prove that he could easily win by playing with his feet. The best part is that he did it! So thank you for this funny stream and mad props!

If you play Pokémon Go, you know that you can discover any of these pocket monsters in nature. You can also uncover other kinds of surprises while on the go. During a livestream, Avaail (real name: Tyler) spots someone else behind a window also playing the game. Thinking that it’s a girl, Tyler approaches her with the intention to flirt while showing off his Pokémon. Things take a sharp left turn when he realized that the girl is in fact a man rocking long locks. While the reveal may have been shocking for Tyler, it’s nevertheless hilarious to witness his embarrassment.

To livestream or walk? This Twitch user dared to do both. This beautiful moment of fail comes from Russian streamer liz0n who recorded herself while walking along a road. Seeing two bikers, liz0n attempts to film them without looking where she’s walking but soon regrets it after walking face first into a pole. The streamer is red with embarrassment and the remainder of the video is of her laughing it off. We hope that she learned her lesson because that sure looked like it hurt.

Twitch streamer Kitboga can congratulate himself for this great feat. He has a technician take control of his computer while doing a livestream. While digging, the technician comes across a folder titled “nudes”. Probably thinking that he found a stash of pornographic photos, he opens the files to find that they’re all of naked mole rats. There’s absolutely nothing sexy about naked rodents and having been caught, the technician gets angry and throws insults. Let that be a lesson about snooping around other people’s things.

By now you’re probably well aware of “Star Wars Battlefront II” and it’s subsequent loot box fiasco that transpired in November of 2017. Popular Internet gamer “boogie2988”, experienced first hand what lengths the game went to in order to influence players to drop real world money. After playing a game in arcade mode as Han Solo, he got a nasty surprise: he received no credit and had a three-hour cooldown before he could get more credits. He then proceeds to rant about the unfairness of capping player’s progress and pushing micro-transactions to further advance. Is this what the dark side is like?

If you haven’t heard, Facebook founder Mark Zuckerberg had a hearing led by the US Congress over a breach of privacy scandal. One particular highlight was found on Twitch where Senator Durbin catches the Facebook founder offguard, asking if he would give personal information about himself, his contacts and at which hotel he stayed at. Zuckerberg replies that he wouldn’t and yet further showcasing the paradox that is Facebook and who is really in control of private information. Durbin’s clever argument is thought provoking but maybe not for Zuckerberg who has been accused of acting like a robot.

Virtual reality is a huge step forward in the video game world. Yet as much as things change, some things really don’t. While in the middle of a Star Trek VR game, a friend does a crude sexual gesture while also pointing to a female player onboard the ship. Though childish, the laughter it elicits is what makes this video memorable. VR has come a long way in transforming the gaming experience to the point of capturing unexpected moments like this one. These guys do know their streaming their behaviour to the public right?

Before we reveal our top pick, here are some honourable mentions:
“But I’m Trash and you played with Ninja”
User: nadeshot
Tricked Into Saying Something He Shouldn’t
User: dankquan
Sylvanas Bodypaint Session
User: Djarii

#1: Scared By Your Own Daughter
User: JurassicJunkieLive

Imagine being in the middle of “Outlast 2” in complete silence, the tension is palpable and then suddenly, a baby comes out of nowhere. Terrifying, right? That’s exactly what happened to this streamer. Games like Outlast 2 keep players on the edge with the promise of jump scares at any moment. What finally gets him is in fact his baby girl, paralyzing him with fear for the unexpected entrance. The dad screams in terror that quickly turns to laughter for getting scared by his own child. At the same time, after seeing Chucky, we understand his reaction.