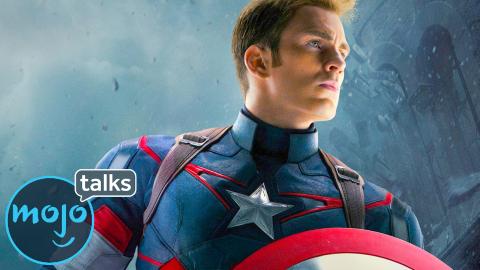 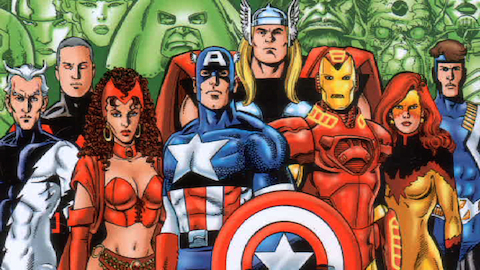 Top 10 Members of the Avengers 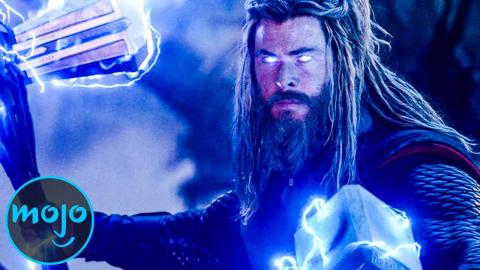 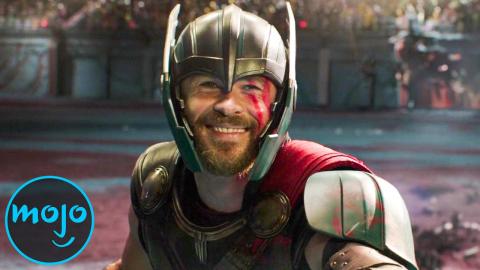 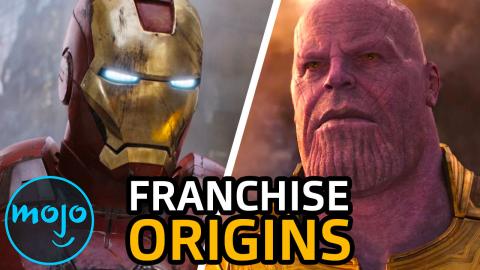 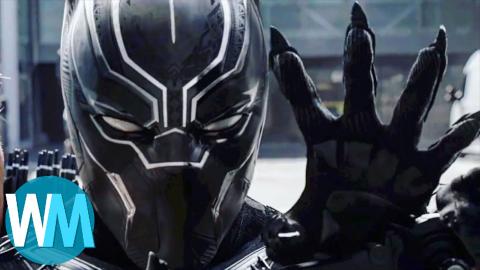 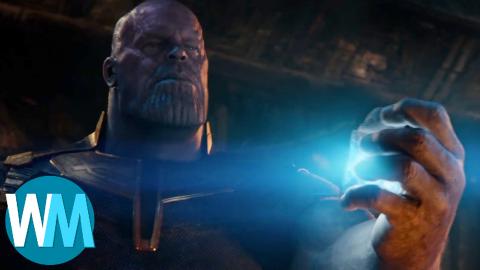 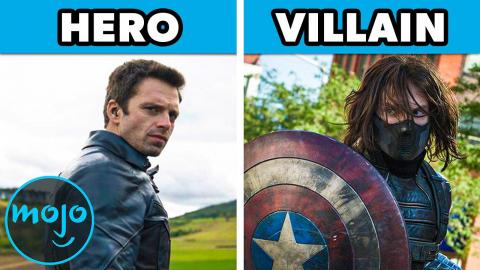 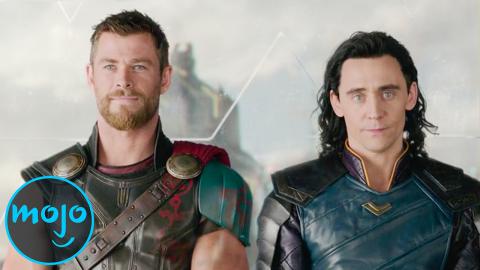 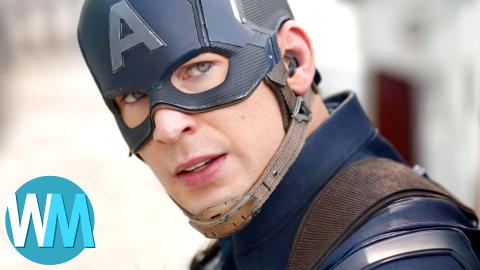 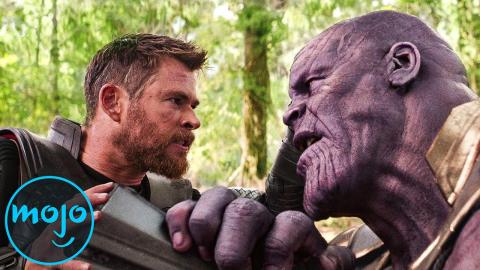 These heroes are the strongest of the strong. From Vision, to Iron Man, to the Hulk, the MCU is populated with many powerful characters. WatchMojo ranks the top most powerful Avengers in the MCU.

Check out the voting page for this list and add your picks:
WatchMojo.comsuggest/Top+10+Most+Powerful+Avengers+In+The+Marvel+Cinematic+Universe
Special thanks to our user liam_schell for suggesting this idea!
Transcript ∧


These are Earth’s mightiest cinematic heroes. Welcome to WatchMojo.com and today we’ll be counting down our picks for the Top 10 Most Powerful Avengers in the MCU.

For this list, we’ll be looking at the strongest members of the superhero group the Avengers from the Marvel Cinematic Universe. To be clear, not every hero who works with the Avengers is actually a member of the group, so we can’t include characters like Black Panther or Dr. Strange.


An air force pararescue airman turned superhero, Sam Wilson, better known as Falcon, may be the first entry on our list, but he’s still stronger than most of us will ever be. A fairly skilled hand-to-hand combatant and a trained soldier, capable of holding his own against skilled human opponents, Falcon also makes use of his winged jetpack in battle. Besides allowing him to get around, the pack’s wings can be used as shields and to strike opponents. In addition, Falcon can send out his drone Redwing and his flying apparatus is sometimes equipped with missiles; allowing him to rain devastation from above.


Black Widow is a first-rate spy and assassin, a former Agent of SHIELD, and an all-around badass. Superb in close combat, Black Widow uses a number of unusual moves, including her signature scissor move, to get the edge on her opponents. This Avenger also uses a number of guns and gadgets as well, often specializing in electro-shock devices. Given that she’s only human, Black Widow’s ability to keep up with the kind of threats the Avengers face is quite impressive.


A staunch ally of Iron Man, Colonel James Rhodes acquires one of his friend’s suits of armor to become War Machine. Although he’s dismissed somewhat by other members of the Avengers, War Machine is a powerful hero. His suit is equipped with a wide variety of traditional weaponry, including machine guns and missiles, although he does have more unusual equipment in his arsenal, like shock batons. All in all, while he may not possess the strength or versatility of Iron Man, War Machine still packs quite a punch. Speaking of which…


The MCU hero who started it all, Tony Stark, Iron Man himself, is a very strong superhero indeed; in large part due to his powerful armored suits. Besides allowing him to fly and protecting Stark’s body from harm, the Iron Man suits can project energy blasts, lasers, missiles, and augment his strength. Stark is an impressive hero even without the suits though, as his incredible intelligence and long experience are assets he uses well. Even so, Iron Man’s suits do put him on a level of power far higher than he otherwise would be.


The youngest and newest Avenger, Peter Parker, New York’s friendly neighborhood Spider-Man, is a teenage hero of prodigious power. A radioactive spider-bite grants him the ability to stick to walls, as well as the arachnids’ proportionate strength; even being strong enough to lift a collapsed building off of himself. Along with these abilities, Spider-Man also has several suits gifted to him by Iron Man that grant him protection and wrist-mounted web shooters; though Parker designed the latter himself. Despite his impressive raw strength, however, Spider-Man is still a relatively inexperienced hero, which hampers his overall level of power.


The First Avenger, Steve Rogers may have started out as a skinny kid from Brooklyn, but a special serum helped turn him into the super soldier, Captain America. Gifted with tremendous strength, reflexes, and endurance, Cap is stronger than nearly every normal human being and he can compete with superhuman, alien, and robot threats as well. Usually armed with his vibranium shield, which he uses with preternatural accuracy, Captain America is also skilled in firearms and he’s devastating when up close and personal. While he may be superhuman, our next entries leave even Cap behind.


Originally intended to be an android body for Ultron, Vision is the fusion of Vibranium, Tony Stark’s A.I. JARVIS, an Infinity Stone, and a little lightning from Thor. The resulting combination is an incredibly powerful superhero, as Vision can not only fly and fire energy blasts from his forehead, but also phase through solid matter and alter his own body, whether it be to make a cape or appear human. Vision’s power set make him a formidable member of the team, though when it comes to social norms, he’s got a lot to learn.


Wanda Maximoff, AKA Scarlet Witch, shares much with our previous entry, including her power’s origins in an Infinity Stone as well as a romantic flat in Scotland. Possessing impressive psychic powers, Maximoff is able to move things with her mind through the medium of red energy and influence people’s minds; causing them to see illusions or alter their mood. While her physical strength is normal for a human’s, Maximoff’s mental acuity allows her to defeat powerful foes and friends alike, even besting Vision.


They don’t call him incredible for nothin’! Bruce Banner’s mean, green rage machine of an alter ego, the Hulk is as powerful as he is angry and, well... Gifted with absurd strength and nigh impenetrable skin, the Hulk may not be the sharpest knife in the drawer, but he is good at what he does: smashing. Even his intelligence has increased over time though, and his skill in battle has increased too; helping him rise to the top of an alien gladiatorial ring. While Hulk has been defeated, it’s nearly always been through tremendous effort.

Before we get to our top pick, here’s an honorable mention:


They don’t come much more powerful than the God of Thunder. Thor, once prince and now king of Asgard, possesses many of the abilities that make his fellow Avengers so strong – superhuman strength, flight, and incredible durability. As the god of thunder, Thor is able to manipulate and generate lightning, which certainly comes in handy. Finally, Thor regularly matches the Hulk in their fights and he came the closest out of all the Avengers to kill Thanos. If that doesn’t qualify him for the top spot, we don’t know what else would.
Comments ∧