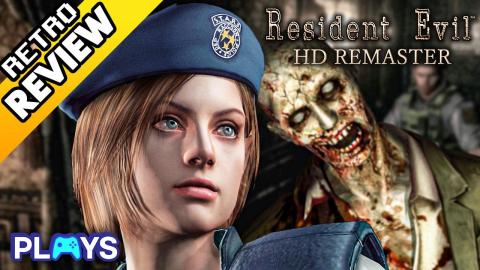 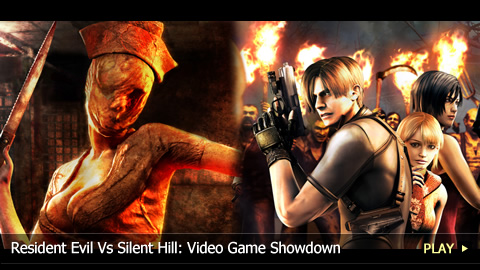 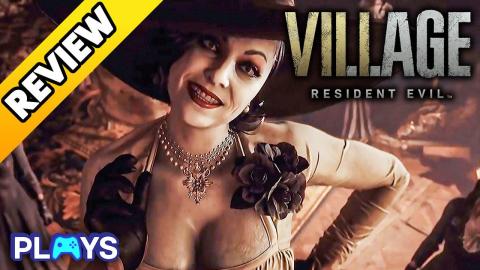 Is Resident Evil Village The Best Game In The Franchise? 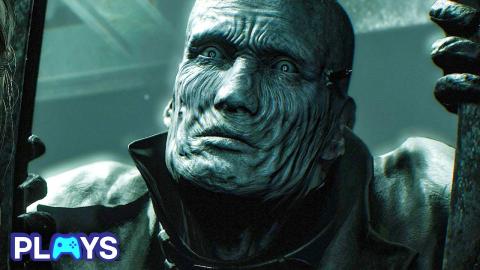 The Scariest Moment in the Entire Resident Evil Franchise 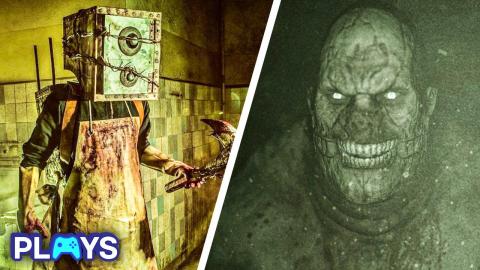 10 Games To Play While You Wait For Resident Evil Village 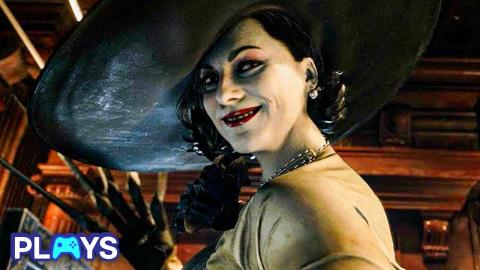 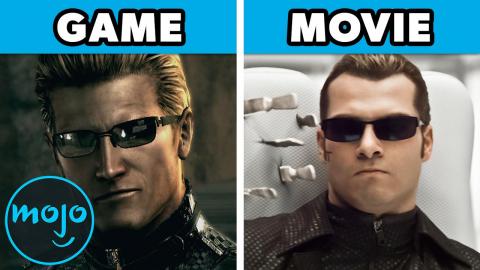 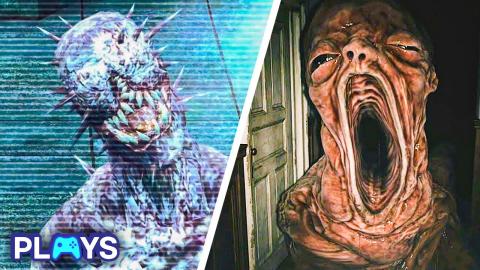 The Scariest Moment From Every Resident Evil Game 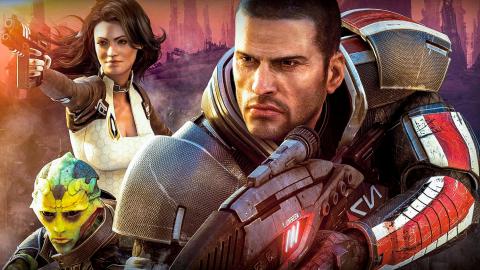 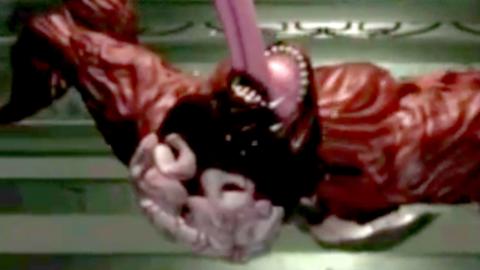 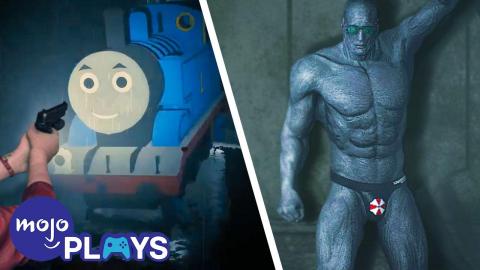 VOICE OVER: Dan Paradis
Hmmm, something feels...different here. Welcome to http://WatchMojo.com and today we're counting down our picks for the Top 10 Franchises That Changed Genres.
Transcript ∧

Top 10 Franchises That Changed Genres
Video games are an ever transforming and evolving landscape, and there franchises adapted right alongside their industry. Welcome to WatchMojo.com and today we're counting down our picks for the top 10 Top 10 Franchises/Video Games that Successfully Changed Genres.
For this list, were looking at the best examples of video games that succeeded in making significant changes in their formula; games that essentially became whole new experiences. Whether it was a perspective change that completely changed how the game was played, or jump to a completely different genre, these are the franchises that managed so excel in unfamiliar territory. We are however ruling out games like Zelda Breath of the Wild, that did bend their genre, but didn’t change completely.

Traditional RPG to Hack n' Slash
Still considered one of the pillars of modern role playing games, the Baldur's Gate series is based in the Dungeons and Dragons universe with mechanics that directly translated the pen and paper rules into a video game. While there have been dozens of DnD based games throughout the decades, the recognition Baldur's Gate received earned it a console spin-off as Baldur's Gate: Dark Alliance. Going from a hard-core RPG to a more console friendly hack n' slash action RPG gameplay was a risky move, but it paid off as Dark Alliance was much more deep and complex than any of its ARPG competitors, maintaining the spirit of the franchise.

Survival Horror to Action (& back to Survival Horror)
As important to the fear factor as the atmosphere, the series' gameplay relied on a slow pace with a small amount of tough enemies and limited ammo. With just a few simple, seemingly superficial tweaks to the formula, namely camera angle and controls, Resident Evil 4 transformed into an entirely new Resident Evil game and, for better or worse, brought the games from horror to action. While RE4 is an indisputably fantastic game, later games in the series, most notoriously Resident Evil 6 are Umbrella Corps are flat out bad. Still, the franchise has been able to remember it's roots, and Resident Evil 7 has returned the series to it's roots.

Adventure Game to Tactical Shooter
The Police Quest series began in the 1980s with the point and click adventure game "Police Quest: In Pursuit of the Death Angel". During the early to mid 90s classic adventure games were one of the first casualties of technology as publishers began to push realistic graphics. Jumping on the bandwagon, "Police Quest: Open Season" and "Police Quest: SWAT" changed the series into, ugh, full motion video games. Thankfully, the subtitle SWAT inspired publisher Sierra to spin-off the franchise into a Rainbow Six style tactical first person shooter with the first game in a new series, "SWAT 3 (emphasis on THREE): Close Quarters Battle" While never hitting the popularity of it's Tom Clancy branded competitor, the SWAT games were, none the less stand out shooters in their own right.

Fighting Game to Hack n' Slash
At first it sounds surprising that Dynasty Warriors began as a fighting game series, but when you stop to think about, going from fighting game to hack n' slash isn't that much of a leap. Now of course, when gamers think Dynasty Warriors they think of it as a franchise that keeps raising the bar when it comes to fast paced action/adventure, as there are almost a dozen hack and slash games in the series. But go back to the PlayStation 1 and hidden among the myriad of 3D fighting games you'll find the original Dynasty Warriors, and looking at it now, it's no surprise that nobody remembers the fight game in the series.

Side Scrolling Adventure to First Person Shooter (1986-)
Nintendo's 2D Metroid games were revolutionary, brilliant, all that good stuff. In a time when so many games were 'run to the right until the end' Metroid showed that 2D side-scrollers could be dynamic and non-linear. When Nintendo brought the franchise into 3D, they opted to also make the game a first person shooter. Fans were initially skeptical, but when Metroid Prime was released for the Gamecube in 2002 critical success and fan reception was through the roof, as the change in genre and perspective while maintaining the 'metroid' formula left fans with one of the best first person shooter games ever released on home console.

Side Scrolling Adventure to Metroidvania
A genre change that basically created an entire new genre, Castlevania took all the defining aspects from the Metroid franchise, namely non-linear adventure, exploration and character progression and expanded on them in new and exciting ways. With 1997's Castlevania: Symphony of the Night, the character progression turned into a full on RPG system with equipment and stats and the non-linear dungeon became more open and detailed. Stealing the 'Metroid' style sub-genre away from it's namesake' Symphony of the night became the patient zero for dozens of other similar titles. Often imitated but never duplicated, the only games in the metroidvania genre that have ever lived up to Symphony of the Night's acclaim have been subsequent Castlevania games.

City Simulator to Life Simulator
The Sim franchise has hopped genres quite a lot since its first release with Sim City in 1989. While many of the games like Sim Farm were similar-but-different spinoffs, games like SimCoptor were entirely different games. The most successful of course, being 2000's The Sims, a game that brought the franchise down to seemingly humble focus by simulating real life. 'Humble' would be the wrong word however, as the game not only made players feel like god, toying with the lives of individual Sims, but the spin-off series would also go on to become a huge success, with the games selling over 100 million copies as of 2016.

Isometric RPG to First Person RPG
Like many beloved franchises that make the jump from 2D to 3D, Fallout fans were very nervous when Bethesda brought the franchise from 2D to 3D, making it a first person shooter in the process. Modeling Fallout 3 on their Elder Scroll formula, Fallout 3 revived the franchise by completely overhauling every aspect that made the first two games great, while retaining the atmosphere, world depth and quirkiness that made Fallout so unique. As much an homage to the franchise as it was a sequel, Bethesda fully understood why Fallout 1 and 2 were so memorable and made one of the best RPGs of all time in Fallout 3.

Arcade Platformer to 2D Side Scroller to Everything Else
While Mario himself made his first appearance in 1981's arcade classic Donkey Kong, as "Mr. Video", the mascot's franchise officially began in 1983 with the first Mario Bros. video game. A single screen co-op platformer, Mario and his brother Luigi stomp out waves of monsters in the sewers of New York City. Shortly afterwards the plumbers made the 'jump' to Nintendo's home console and the rest is history. Now we have Mario games in every genre under the sun, from sports titles to racing games, puzzle games and even RPGs. While not everything Mario touches gets a gold star, there is really no stopping this iconic video game hero.

Real Time Strategy to MMORPG
The original Warcraft, and more importantly the followup, Warcraft II: Tides of Darkness didn't discover the RTS genre, but they did help to define it. So when Blizzard announced World of Warcraft, an MMORPG set in the Warcraft universe, there was little doubt that it would at least be able to compete with the reigning MMO king, Everquest. Of course, when World of Warcraft was released in 2004, it not only wow'd gamers across the planet, but cemented itself as the new MMO god, blowing everything else out of the water within a year. Now, over 12 years later, WoW still stands as THE MMO, and while it has lost a little steam, the endless war between the Alliance and Horde is still going strong.
Do you agree with our list? Which genre change impressed you the most. For more insightful top 10s published every day, be sure to subscribe to WatchMojo.