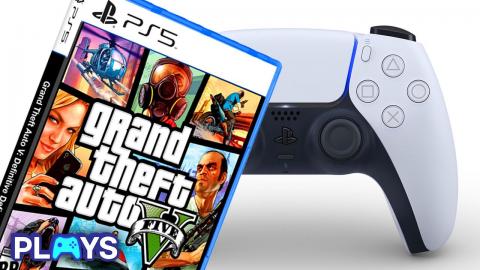 The Most Disappointing Video Game Announcement EVER 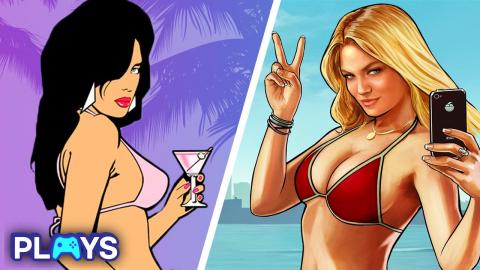 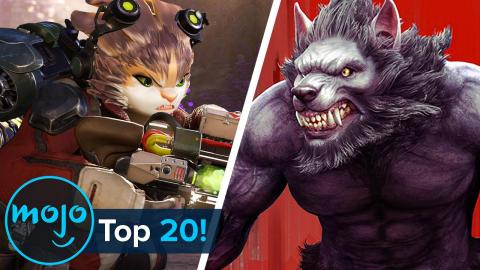 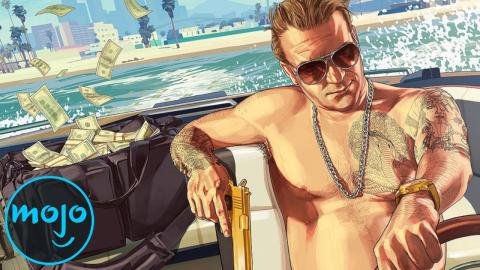 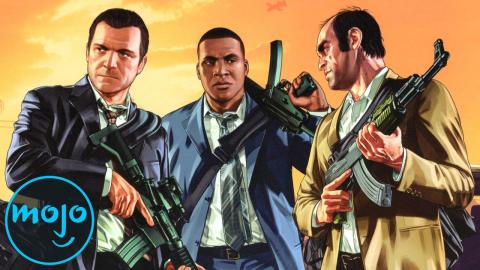 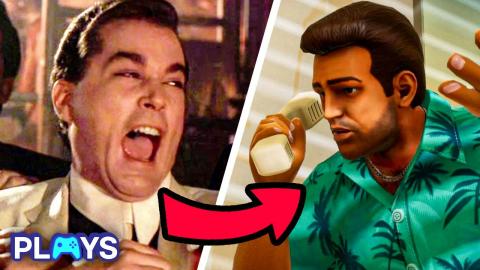 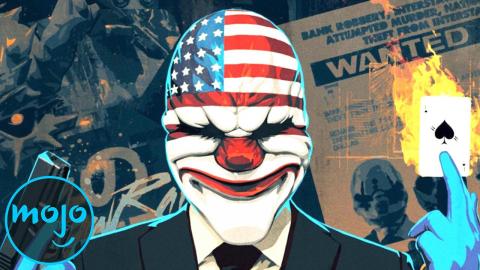 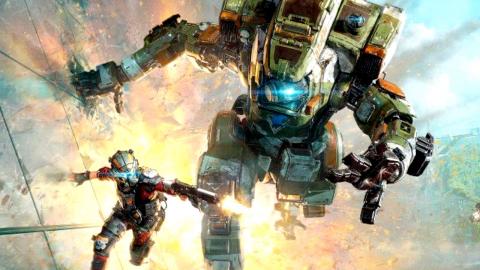 Top 10 Games That Came Out At The Wrong Time 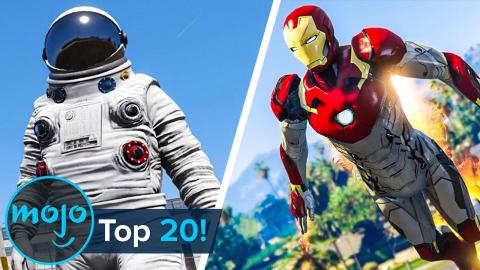 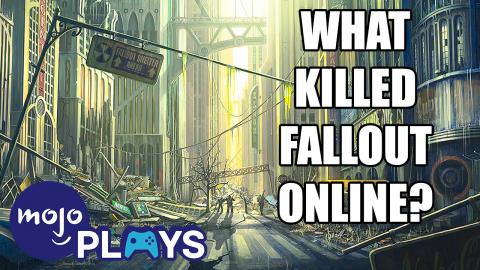 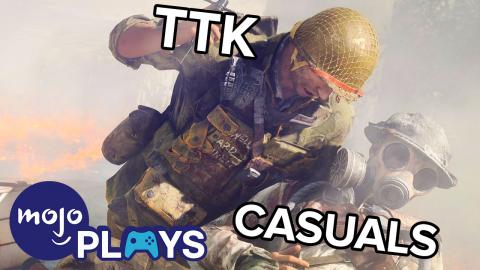 Is It OK to Fix Games With a Patch? 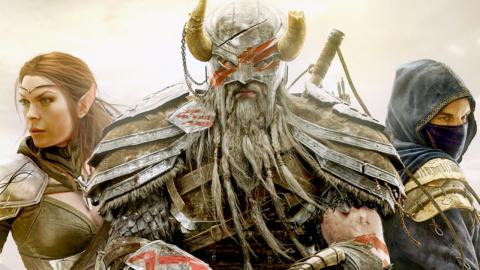 Another Top 10 Video Games That Got Better After Launch

Top 10 Games That Got Way Better After Launch

Sometimes a game needs a bit of time to come together - even if that time is spent after it's been launched. Welcome to http://WatchMojo.com and today we'll be counting down our picks for the Top 10 Games That Got Way Better After Launch!

Special thanks to our user “Dan Paradis” for suggesting this stellar topic using our interactive suggestion tool at http://WatchMojo.comsuggest
Transcript ∧

Top 10 Video Games That Got Better After Launch

These games were definitely worth persevering with. Welcome to WatchMojo.com and today we’ll be counting down our picks for the Top 10 Video Games That Got Better After Launch.

For this list, we take a look at games whose troubled launch or rushed development caused glitches, performance issues or for their to be a lack of content. We won’t be including already great games that managed to gain even more praise like The Witcher 3, but will be focusing on games that were nowhere near their potential upon release.


Even if Rockstar’s record-breaking open world title was single-player only, you’d still feel you’ve got a lot out of your $60. With a fully functional online mode however, it was destined to be the best value for money game ever. This ambitious vision was flawed early on though as players who managed to get through the clogged servers were frequently losing the progress they made in the unimaginative gameplay offerings. Three years and upwards of 20 free of charge DLC updates later, the technical issues are largely absent and you have more game modes than you could possibly need. With customizable races, heists, deathmatches and even a first-person mode, you barely need to pick up another game again.


With the success of Marvel’s cinematic universe rumbling ever on, developing any sort of property featuring Iron Man and co is one of the safest investments you can make. When Gazillion Entertainment first released their free-to-play ARPG however it seemed they had squandered the chance to make the most of Marvel’s enormous roster through dated graphics, yawn-inspiring gameplay and way overpriced microtransactions. Credit to Gazillion though, they listened to fan feedback and began rolling out graphical updates alongside dramatically reworked game modes and the release of characters to coincide with their movie counterpart. Just to emphasize the forward momentum, a year is slapped on the end of the name, signifying even more reasons for players to return.


This adaptation of White Wolf’s World of Darkness source material came tantalizingly close to Western RPG stardom: with a few months more development it might well have reached tha tstandard upon initial release. Sadly, its unexpectedly intelligent script was let down by buggy AI and combat, areas that it seemed would never be addressed as developers Troika Games closed a few months later. In came Werner Spahl, a simple fan riding a white steed to fix the technical issues and elevate this world of werewolves and vampires to heights it could have reached first time round. His decade-long involvement has even added original content which, despite upsetting some fans, took the game’s sales from 80,000 to nearly half a million.


In spite of warnings about the perils of always-online, EA ploughed on with this controversial form of DRM for their reboot of the popular city-building series. As predicted, it caused a nightmarish launch featuring rammed servers and irate consumers bemused at the lack of any offline modes. Once a slew of patches made it accessible, the concept of synchronized cities affecting each other was pretty awesome, even if it was on a relatively small scale compared to other games in the genre. Ten months later, in a double-whammy of overdue freedom, offline single-player and mod support was added as EA finally relented and awarded the fans something of a victory.


Bungie have always said they never wanted you to think of Destiny’s first release as the finished game; thankfully for us all it wasn’t as $500 million for its confusing storyline and dull gameplay mishmash would have been a gross waste of development cash. Instead of hiding from the criticism Bungie began weekly news updates to create dialogue with players and involve them in the game’s progression. This engagement was a huge factor in the critical success of The Taken King expansion as story elements were straightened out. However the following expansion Rise of Iron hasn’t kept positive momentum going, due to relying too heavily on recycled content. Bungie Please don’t fall back into old habits


People seem to forget that while New Vegas may have the best quests in the series and was “more of an RPG”, it had probably the roughest launch out of any of Bethesda’s oft derided open world games. New Vegas was no different, except this time the funny bugs – like the notorious head twirling – were outnumbered by crashes and freezes, leaving you in fear you could lose your progress at any moment. Unlike many other fanbases, there wasn’t considerable outrage as players waited patiently for the official patches and DLC that added stability, new storylines and level cap raises. That DLC didn’t receive unanimous praise and, like Fallout 3, the modding community has now created over 10,000 separate modifications that range from the very silly to the utterly comprehensive. Whatever your complaint, there’s a mod for it.


Having learnt nothing from the SimCity release debacle, EA charged head first into another rushed launch for their flagship FPS franchise. Although sales figures were impressive early on, EA were targeted by lawsuits from investors and labelled the “Worst Company in America”. All this negative press triggered a change in approach for the company, engaging fans in the Community Test Environment to identify bugs and releasing free maps that finally allowed Battlefield’s enormous, open-ended chaos to be the focus for players. New features continue to be rolled out as well: as recently as June of 2016 a fresh UI was implemented to improve matchmaking and connect it to Hardline and Battlefield 1. Good on you EA.


A Nintendo release that doesn’t feature one of their many established mascots is a rarity, and it certainly showed when this brand new third-person shooter hit stores. From the beginning it was clear they had developed a colourful, addictive game, but it lacked so many features that would be standard for a game of this ilk. Voice chat and private lobbies were absent while maps, weapons and game modes were unusually bare bones. Nintendo had decided to hold back large portions of content – perhaps to avoid intimidating players new to the genre – but when it did come, dedicated Inklings finally received the depth to compliment the exceptionally messy core gameplay.


Square Enix were planning on making MMORPG that would stay true to Final Fantasies of years past and rival World of Warcraft in the genre. The masters of the RPG eventually did just that, but it required a complete rebuild of their first effort to get to that level. Despite a disastrous testing period revealing swathes of devastating bugs, the game released six months before its intended launch date. Inevitably, the game and player’s trust was broken, meaning the only way forward was a total reset. “A Realm Reborn” or “version 2.0” was everything its predecessor should have been, bringing in 5 million paid subscribers and narrowly avoiding a disaster for the Final Fantasy legacy.

Before we reveal our top pick, let’s take a look at some honourable mentions.


If you managed to make it past the infamous always-on error 37 and all the way to the endgame content – you were probably pretty disappointed. Anyone will tell you that the loot is the best part of Diablo, and with the Real Money Auction House that nobody asked for in full swing, it seemed like Blizzard was keeping the market on epic gear reeeally tight – meaning you basically had to use the auction house to get better stuff, which, I probably don’t need to tell you, sucked. Then the Reaper of Souls expansion landed, and with it the Loot 2.0 patch – which basically fixed the game overnight. Completely overhauling the endgame content, adding the new adventure mode, remixing the difficulty levels and showering you with sweet gear, Diablo 3 was back on track to live up to the legacy of its predecessors. Now, years later, Blizzard continues to support the game with seasonal content, extra gear and even new areas and enemies: Diablo 3 is better than ever.


Do you agree with our list? Which games did you hate upon launch only to find they’d come good a few years later? For more top 10s that are great first time, be sure to subscribe to WatchMojo.com.