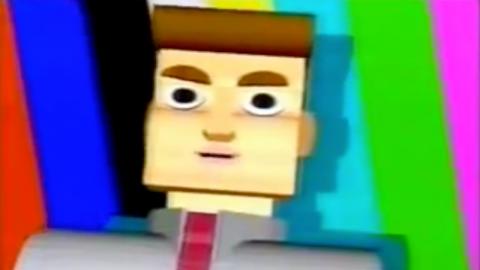 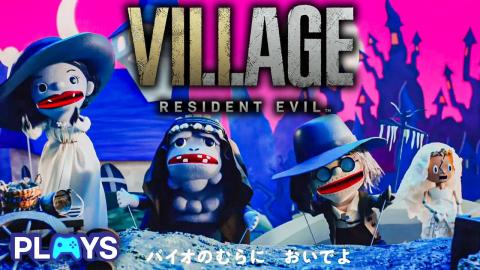 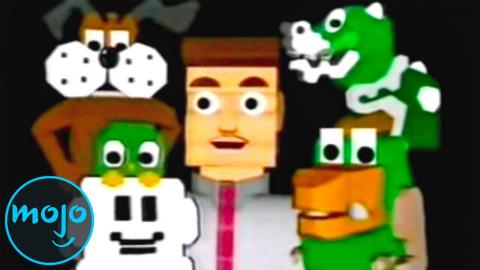 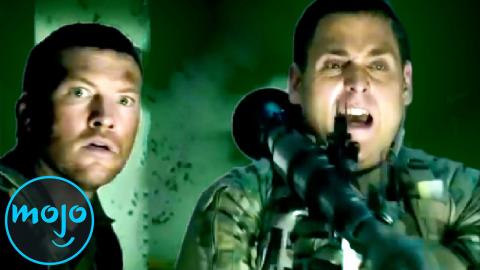 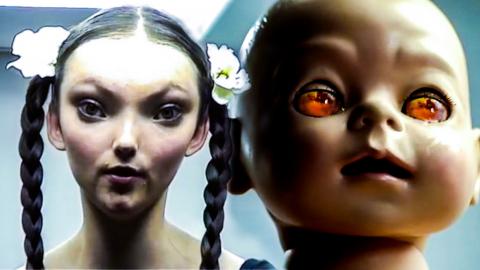 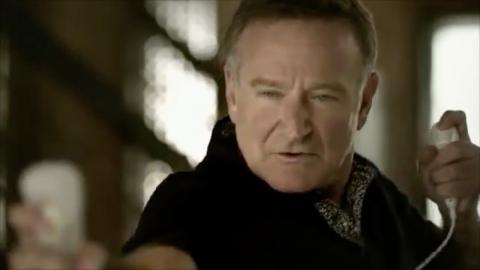 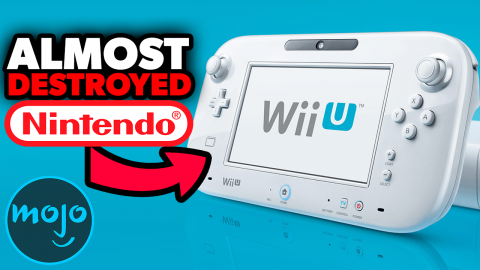 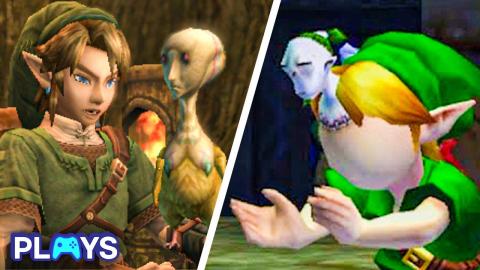 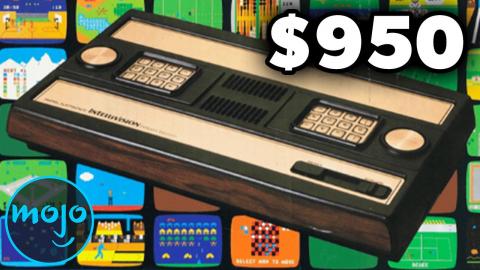 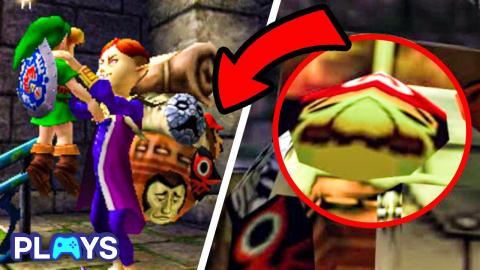 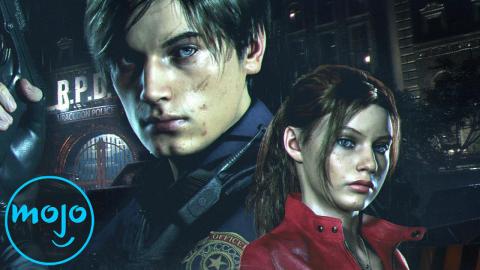 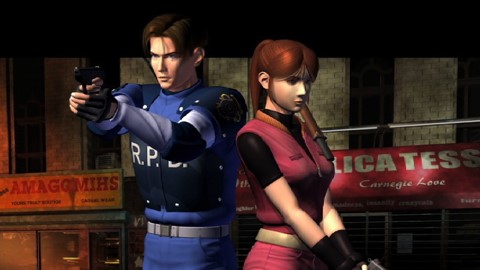 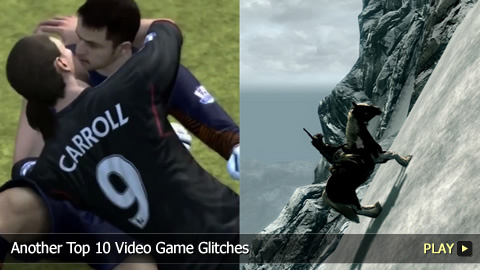 Do the math or we'll suck your eyeballs out. What? Yeah, some of these commercials are really weird. From the Super Nintendo to the Sega Saturn, market teams picked some really strange ways to peddle their consoles on TV. Whether it's assaulting our sense with breast feeding zombies or traumatizing us with crying baby dolls, we've found the weirdest, most non sensical commercials for video games. So join http://www.watchmojo.com as we count down our picks for the top 10 weird video games commercials.
Transcript ∧


That was, um, interesting. Welcome to WatchMojo.com and today we are counting down our picks for the Top 10 weird video game commercials.

For this list we are counting down commercials for video games or game consoles that are weird, strange or just unsettling.


What’s the best way to show that your console has more processing power? According to Atari it’s to get in your face and yell it. “Do the Math” was Atari’s slogan for the Jaguar which bragged about it’s 64-bit system, compared to other 16 or 32-bit systems of the time. In one commercial a group of adults are in a classroom while a teacher lectures them on how advanced the Jaguar is. She then screams at her students to make sure that they know what the best choice is.


When this game came out Nintendo bragged about how much content they crammed into the game. To give you a literal sense of what they meant we were greeted to a fat guy chowing down on whatever food was in reach. As he eats his stomach starts to enlarge. When he is finally full, the announcer asks “Sure you don’t room for a little bonus level?” which proves to be too much and the guy explodes and spews entrails everywhere, Monty Python style. Rated E for everyone, kids.


#8. We Suck Your Eyeballs Out
Sega Saturn


In a futuristic setting, this commercial shows a man who is getting ready to play the Sega Saturn. At the same time it shows another man getting into a car, which is then shown to be the game the first man is going to play. When he begins to play his eyeballs get sucked out of his head so he can… I dunno, experience the realism of the game? Unfortunately for the racer he ends up crashing and in the hospital, where the “player” comes up and whispers “reality always hurts.” So does Sega’s stock price.


Well that was charming, you’ve certainly got my attention now. Most viewers probably were probably too stunned to change the channel at this point, when a hand then grabs this nice family’s car and tosses the whole gang into Formula one racers to drive around road warrior style, complete with explosions and a cheesy song to go with it. If only there were real explosions and catchy music to go with the racing in the game itself.


Nintendo revolutionized portable gaming when they released their DS, which as you probably know by now, included a touch screen. Everyone wanted to capitalize on this achievement and it wasn’t long before Kirby arrived on the DS. In the advertisement for Kirby: Canvas Curse, Kirby is seen spending the day with a finger. They wake up, go on a walk together and go for a swing. This was to emphasize that you use your finger to help Kirby on his journey, but others felt like it may have represented some phallic imagery. Either way it’s just weird…


What do zombies and motherhood have in common? We don’t know either. In this French commercial for Resident Evil 4 all you see is a naked woman breastfeeding her child. The camera moves around them, emphasizing a sense of nurturing and caring and then it zooms on the mother’s face to show that (she is a zombie). It could be an allegory for life and death or something, but the message was lost. Did anyone tell the marketing team that there are no zombies in RE4?


So you’re at Sega headquarters and you’ve got a dilemma. Do you go with the scary talking head commercial, or the dancing Pauly Shore wannabe commercial? Apparently they couldn’t choose because they went with both, and the result is a commercial that looks like 2 different ads intercut with eachother. Weird and disjointed though these individual elements may seem, parts of this ad’s audio we’re remixed into a song for Sonic Generations.

#3. Link Dancing
“The Legend of Zelda: A Link to the Past”


The Zelda theme song is the ultimate adventurer’s soundtrack, but who knew it could be a song we could dance to as well. In this commercial for a Link to the Past, Zelda has once again been captured by Ganon. To rescue her Link starts pulling off some Michael Jackson-esque choreography with other Zelda characters. Link then cuts down all the enemies and rescues Zelda - which they celebrate by dancing some more. Years later this song would reappear in a commercial for A Link Between Worlds, but it hasn’t exactly gotten better with age.


There is nothing wrong with classic Nintendo characters telling you why you should play their games. However, when they’re robotic and look like they want to kill you, that might turn a few people off. In this 80’s ad, characters from various games like the dog from duckhunt or the original Bowser tell you that no matter what you do, there is no escape from Nintendo. I’m gonna be square with you, this specific commercial gave me nightmares – not exactly the kid friendly message we all know and love from Nintendo.

Before we unveil our number one pick here are a few honorable mentions.

Jousting in the House
“Joust”


The PS3 was a wildly successful system, but you wouldn’t know it based of this disastrously bizzare 150$ advertising campaign – a campaign which produced this little gem. We have seen some pretty disturbing commercials on our list but this baby doll takes the top spot for sheer creep out factor. All you see is a doll and a PlayStation 3. Then the dolls wakes up and starts laughing and it’s all down hill from there. We know this was trying to be weird – but maybe they succeeded a little too hard?

Do you agree with our list? What video game commercials had you scratching your head? For more unusual top 10’s published daily, be sure to subscribe to WatchMojo.com.
Comments ∧