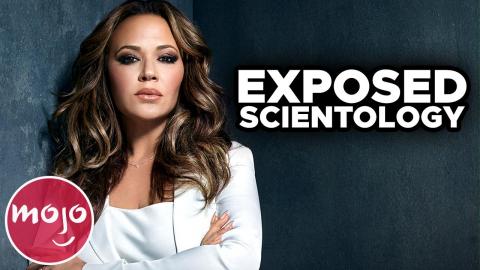 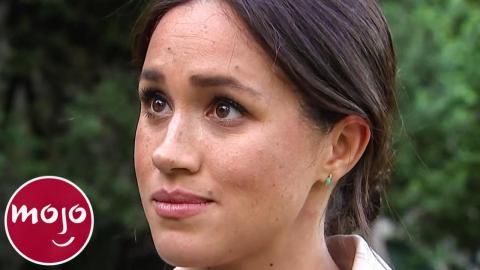 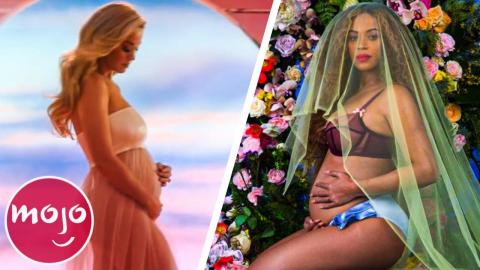 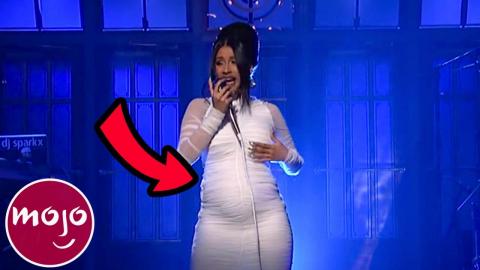 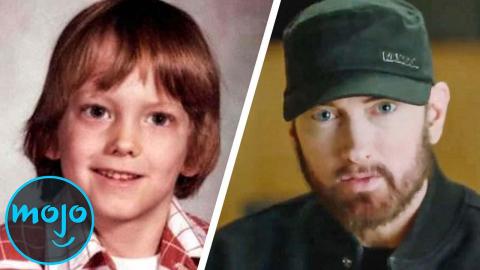 20 Celebrities Who Had Tragic Childhoods 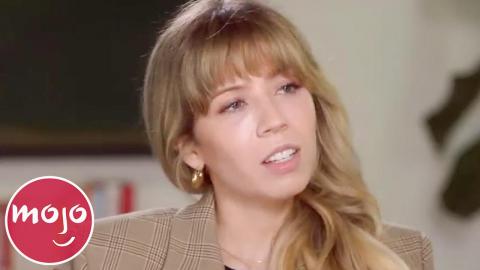 The Untold Story of Jennette McCurdy 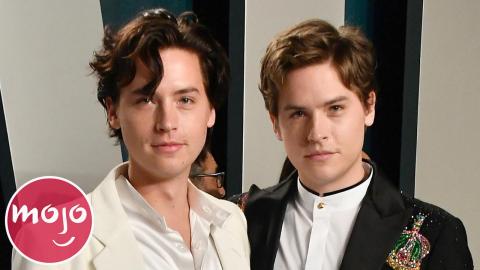 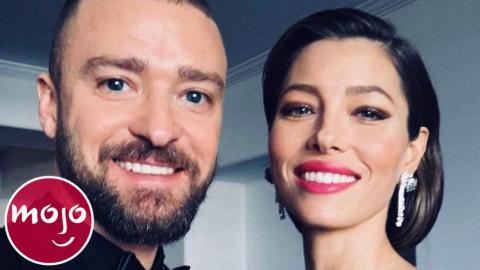 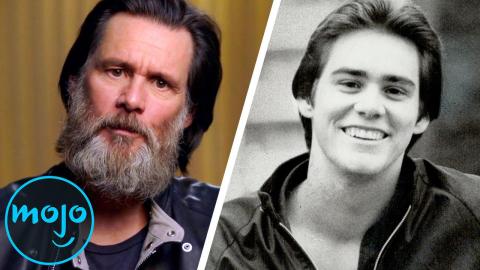 The Tragic Life of Jim Carrey 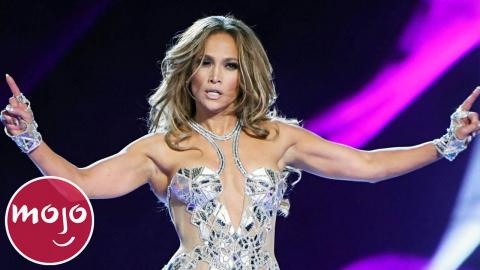 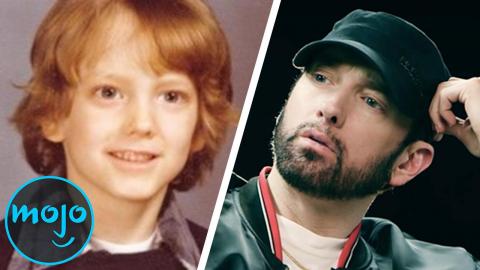 The Heartbreaking Life of Eminem 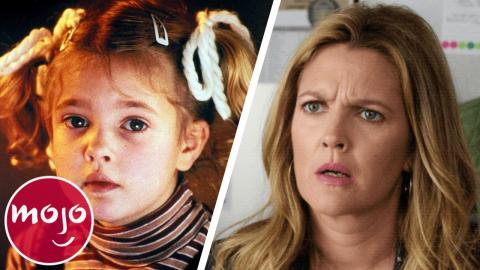 The Tragic Life of Drew Barrymore 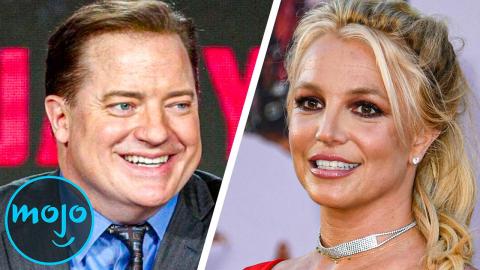 VOICE OVER: Phoebe de Jeu WRITTEN BY: Jesse Singer
These celebrity memoris broke our hearts. For this list, we'll be looking at some of the saddest hard truths stars divulged to the world in their own novels. Our countdown includes Fantasia's functional illiteracy, Brooke Shields' mother, Ashley Judd's experiences, and more!
Transcript ∧


Welcome to MsMojo, and today we’re counting down our picks for the Top 10 Heartbreaking Reveals from Celebrity Memoirs.

For this list, we’ll be looking at some of the saddest hard truths stars divulged to the world in their own novels.

What celebrity fact broke your heart? Let us know in the comments.

#10: Shania Twain Lost Her Voice When Her Husband Left Her


Shania Twain met her husband, music producer Robert John "Mutt" Lange, in June of 1993 and they were married in December of that same year. At some point in their fourteen-year marriage, however, Twain started to suspect that Lange was having an affair. This was a fear she discussed with one of her closest friends, Marie-Anne Thiébaud. Little did she know… Thiébaud was the other woman. In Twain’s 2011 autobiography “From This Moment On,” the singer reveals that the pain and stress from the betrayal and separation caused her to lose the ability to project and garner any real volume from her voice. Thankfully, she eventually got her voice back and found love again - ironically, with the man Marie-Anne Thiébaud was married to at the time of the affair.


When most contestants on “American Idol” are given a song that they don’t know, they read the lyrics to learn it. Not Fantasia Barrino. When she was given the song “Summertime,” back in 2005 on season three of the competition show, Barrino was unfamiliar with it. In order to learn it, she listened to it over and over, memorizing the lyrics before her first rehearsal. It wasn’t that she preferred doing it that way but, rather, it was the only way she could. In her memoir, “Life Is Not a Fairy Tale,” Barrino talked about her illiteracy and how the shame of it kept her from even trying to get a job. Luckily, learning songs has quite the convenient workaround.


To say that the relationship between Brooke Shields and her mother Teri was important to the famous model and actress would be an understatement. The fact that she titled her memoir, “There Was a Little Girl: The Real Story of My Mother and Me” should tell you how integral the relationship was to who she is. While Shields will be the first to say how much love there was to go around, her mother’s alcohol use disorder was definitely something that took its toll on their relationship. Unfortunately, these issues would span Shield’s childhood and continue all the way up until Terri’s passing in 2012.

#7: Colton Haynes Was Encouraged NOT to Come Out of the Closet


While we’re seeing more and more positive representations of LGBTQ+ characters and storylines in media, it’s important to acknowledge the times we didn’t – and the times actors were shunned for their sexuality. “Teen Wolf” actor Colton Haynes wrote in his memoir that he was almost fired from the show when MTV found out he had posed for photos in a gay magazine years earlier. Haynes eventually came out to Entertainment Weekly in 2016. In an interview, he said that the reason he had tried to keep his sexuality hidden was because people in the business had told him that he would lose work if he came out.


Leah Remini might be one of the most famous and outspoken ex Scientology members on the planet. One of the most heartbreaking revelations the actress has made about Scientology is in regards to the treatment of children in the organization’s midst. In her memoir “Troublemaker: Surviving Hollywood and Scientology,” Remini wrote about how children are often left to care for themselves, since they’re seen as not needing “protection or guidance”. You can imagine the conditions of neglect then, especially where babies are concerned. We won’t go into detail here, but if you’re curious about Remini’s experience, her memoir is well worth the read.


To most people in the 80s, Drew Barrymore was the cute little girl from “E.T. the Extra-Terrestrial”. But to many in Hollywood she was the hard-partying girl who, by the age of 13, was already doing her first stint in rehab. At 14 she had her second go at rehab and at 15 she was emancipating herself from her parents and moving into her own apartment. It might seem crazy for a 15-year-old to write a memoir, but by that age, Barrymore had already lived a life’s worth of experiences. Her book, “Little Girl Lost” hit store shelves not long after.

The Judd family name has been a part of popular culture for decades. Starting in the 80s, the Judds - Naomi and daughter Wynonna - made it big as a country duo. In the 90s, Wynonna’s non-musical half-sister, Ashley Judd appeared on our screens for what would be the beginning of a very successful career as an actress. But, for Ashley, growing up a Judd wasn’t all fame and glory. In fact, as she revealed in her 2011 memoir, there was a lot of darkness in her childhood. Her mother and sister would often go out on tour without her, leaving Ashley feeling neglected and isolated. And, even worse, Judd writes about being mistreated by multiple men - one being a family member who she doesn’t name.


Viola Davis is one of the great actors of her generation. Having won an Emmy, two Tony awards and an Oscar, she is the only person of color to achieve the Triple Crown of Acting. When she got her star on the Hollywood Walk of Fame, Davis thanked God for blessing her life with abundance. However, growing up was an entirely different story. As she described in her memoir, “Finding Me”, Davis’ family was extremely impoverished. Besides multiple fires in their apartment building, toilets that weren’t functional, and food stamps that couldn’t feed everyone, they also lived with a rat infestation that sounds like the stuff of nightmares.


In 2022, Jennette McCurdy released her memoir called, “I'm Glad My Mom Died.” Unless you’ve been living under a rock, you’ve more than likely heard the stories about how her mom was abusive in all sorts of ways. While the book details her heartbreaking home life, it turns out her life away from home wasn’t all candy and roses either. McCurdy writes about the abhorrent behavior of a man at the network - someone she calls “The Creator” who gave her alcohol and acted extremely inappropriately, to put it mildly. In the end, she also exposes the fact that Nickelodeon offered her $300,000 not to say anything about it.


If you grew up in the 80s, chances are you were a fan of at least a few of Corey Feldman’s movies. From “The Goonies” and “Stand By Me” to “The Lost Boys”, Feldman was a teen fixture on the silver screen in the decade. But, according to his 2013 memoir, “​​Coreyography”, Feldman’s teen years off screen were beset with sexual abuse from an older male assistant. He also tells the story of how his close friend, Corey Haim - and the other half of ‘the two Coreys’ - had similar experiences.
Comments ∧