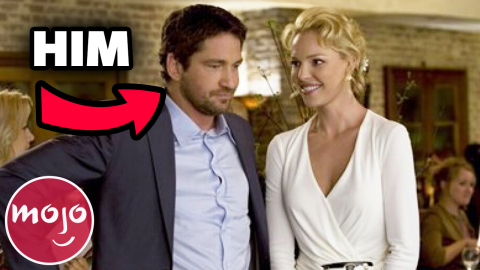 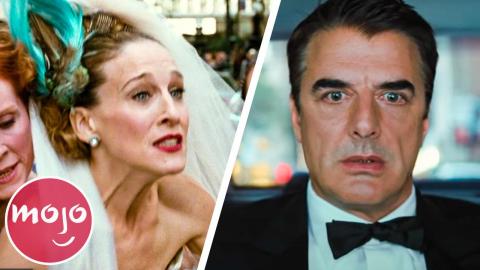 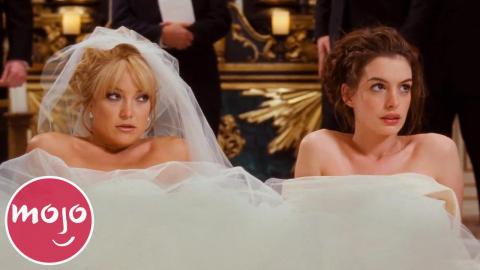 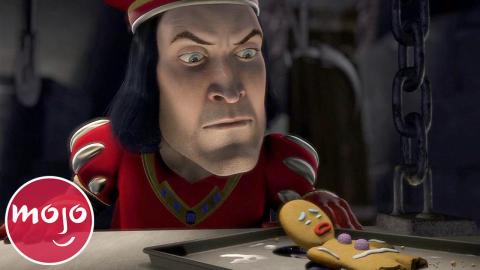 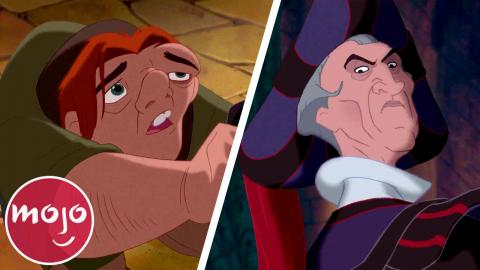 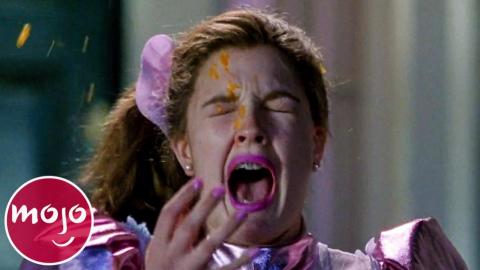 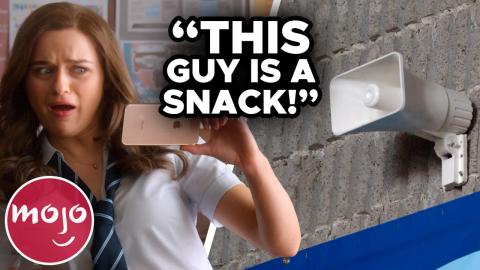 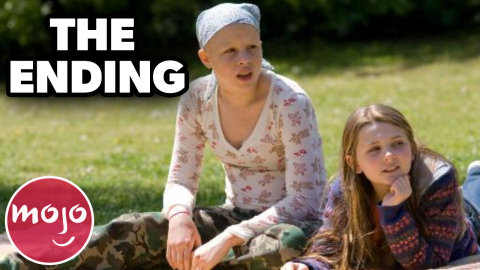 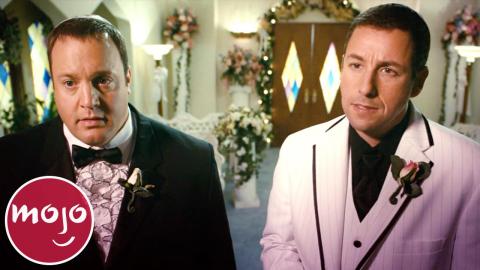 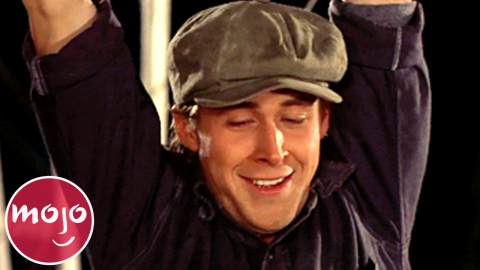 Top 10 Rom-Com Guys We've Fallen Out of Love With 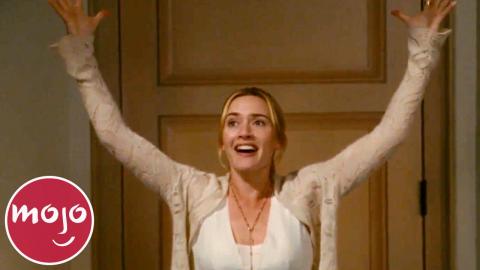 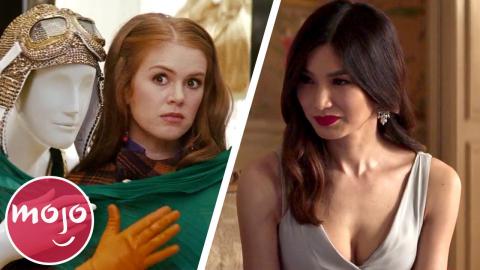 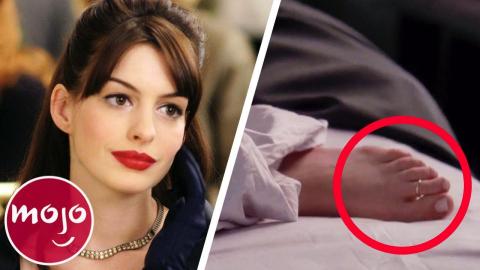 Top 10 Details You Missed in The Devil Wears Prada

VOICE OVER: Kirsten Ria Squibb WRITTEN BY: Sammie Purcell
We'll never forgive these rom-com characters. For this list, we'll be looking at the worst offenses that have been committed in the name of romance. Our countdown includes "The Ugly Truth," "Love Actually," "Wedding Crashers," and more!
Transcript ∧

Top 10 Most Unforgivable Moments in RomComs


Welcome to MsMojo, and today we’re counting down our picks for the Top 10 Most Unforgivable Moments in RomComs.

For this list, we’ll be looking at the worst offenses that have been committed in the name of romance. Some plot points will be discussed, so consider this your spoiler alert.

Which of these moments always leaves you shocked? Let us know in the comments below.


Sit down, folks – this one might take a while. In the late 2000s and early 2010s, Katherine Heigl was the queen of the romantic comedy. But not every project she chose was a winner. 2009’s “The Ugly Truth” starred Heigl opposite Gerard Butler, and it sure lives up to the ugly part of its name. Watching this back, everything about Butler’s character Mike is completely obscene. He’s a playboy, he’s gross, and he has terrible views about dating and women. Maybe – and that’s a strong maybe – we could forgive all this if he went through any sort of positive change. But he pretty much stays terrible the whole time – and still, somehow, gets the girl.


“The Kissing Booth” franchise is not the strongest of the Netflix teen offerings. And the characterization of its male romantic lead is downright unforgivable. The film stars Joey King as Elle and Jacob Elordi as Noah, the boy she’s had a crush on for years. Besides his good looks, Noah doesn’t really have much going for him. From the jump, the obsessive way he acts around Elle is a huge red flag – and it doesn’t get much better with time. He notably forbids other boys in school from dating her, and his first reaction to any situation is usually a violent one. We think if “The Kissing Booth” really wanted to join the ranks of the Netflix elite, a few more drafts would’ve helped.


The plot of “Sleepless in Seattle” is a little far-fetched if you think about it too hard. Annie and Sam, played by Meg Ryan and Tom Hanks, fall in love without meeting until the end of the film. But, honestly, for the most part, the amazing chemistry between Hanks and Ryan and the excellent script is enough to make this one work. There’s just one section we think goes too far. At one point during the film, Annie flies to Seattle. Instead of introducing herself to Sam, she proceeds to stalk him and his son throughout the city. We love you, girl – but this is not it!


“Mystic Pizza” is a delightfully underrated romcom from the late ‘80s. It’s a fizzy coming-of-age story, starring a couple of young stars before their heyday – including Julia Roberts and Matt Damon. But there’s one plot point we just can’t get over. One of the adolescent characters who works at the pizza parlor, Kat, gets involved with Tim, her decidedly not-teenage boss. She’s into him, and unfortunately, he entertains it. The two get intimate, but he ultimately stays with his wife. This plot point acts as a good character-building moment for Kat, as she learns to move on and live for herself. But we can all agree that Tim is the worst.


We all love Emma Thompson, our British acting and screenwriting queen. We’ll also always love the late Alan Rickman, our British thespian king. We love any chance to see these two act together, so in that respect, “Love Actually” is a big treat. But what we DON’T love (actually) is watching Rickman’s character treat Thompson’s like dirt. In the movie, they play Harry and Karen, respectively. From afar, the two look like a perfectly happy couple. But as the story goes on, we learn that Harry is having an affair with his secretary. Out of all the wild stuff that happens throughout the movie, this somehow still gets us the most. Seriously, who cheats on Emma Thompson?


This romantic comedy has a romance so bad, we wonder if we should really even count it in the genre. But alas, we must. “The Devil Wears Prada” is a nearly perfect film, featuring all-star performances from the likes of Meryl Streep, Anne Hathaway, and Emily Blunt. But one performance stands out … as being way worse than all the others, that is. As Andy’s boyfriend Nate, Adrian Grenier makes us want to smash our screens. The movie clearly wants us to empathize with him when Andy becomes more involved with work, but it’s such a sexist narrative, it’s difficult to care. It doesn’t help that Grenier brings loads of “Entourage” baggage with him. The male toxicity is potent.


“Wedding Crashers” doesn't have a particularly politically correct setup to start. But the humor makes it easy to enjoy the ride. We could watch Owen Wilson and Vince Vaughn goof around all day, and Rachel McAdams is so charming she makes anything work. But there’s a disturbing moment where the movie simply goes too far. Isla Fisher plays Gloria. She and Vince Vaughn’s character Jeremy serve as the sort of B-couple in the story. Fisher puts her comedy chops to good use, but in one instance, she has to sneak into Jeremy’s room, tie him to his bed, and basically attack him. It’s weirdly portrayed as being all in good fun, but we can’t get the assault that’s clearly taking place out of our heads.


“Crazy, Stupid, Love” made us feel like the rom-com golden age was making a comeback. Emma Stone and Ryan Gosling have great chemistry, and the rest of the cast is a blast to watch. But one storyline left us majorly grossed out. In the film, 13-year-old Robbie has a crush on his babysitter Jessica. She rebuffs his advances throughout the film, because he’s, you know, 13. But for some reason, she decides to throw him a bone just as the movie closes. For reasons we don’t have time to get into, Jessica has explicit photos of herself that she then gives to Robbie. It’s an extremely out of character decision, and a gross thing to do considering his age.


Janeane Garofalo is one of our favorite comedic actresses. She’s given us many amazing movies over the years, from “Reality Bites” to “Wet Hot American Summer.” But some of you might have forgotten her 1996 romantic comedy “The Truth About Cats & Dogs.” The film is a fresh take on “Cyrano de Bergerac.” Garofalo plays Abby, a radio host who gets her pal Noelle, played by Uma Thurman, to pretend to be her to impress a man. We know that this sort of deception is par for the course for “Cyrano,” but we could have done with less poking fun at Abby’s looks. She’s beautiful and charismatic, and it’s annoying that the movie derides her as “undesirable” when she clearly isn’t.


We don’t always agree with Carrie on “Sex and the City.” But this is one moment when we were definitely on her side. On the day of her and Big’s wedding, the groom has a huge freakout and appallingly leaves her. But that’s not even the worst part. As he’s driving down the road, he realizes that he’s messed up and tries to catch Carrie before she leaves the church. They meet in the middle, and she does what any woman would – uses her bouquet as a weapon. We struggled to root for Big to begin with, and this move just proved that he was nowhere near mature enough for Carrie.
Comments ∧