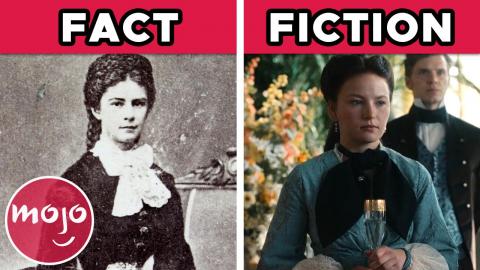 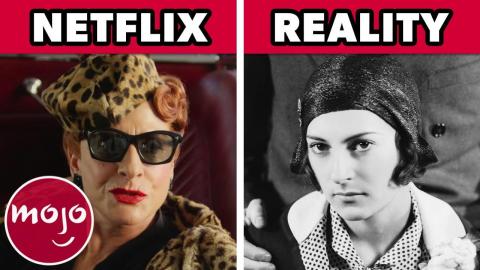 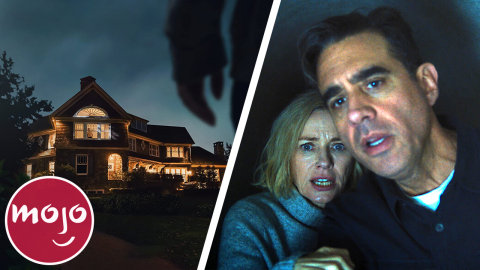 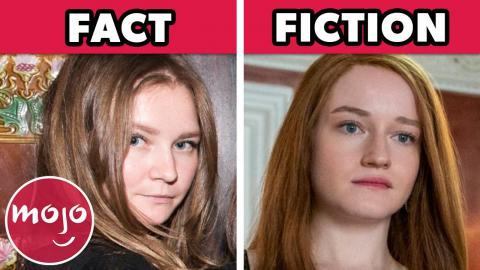 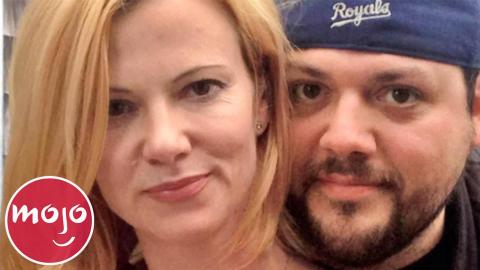 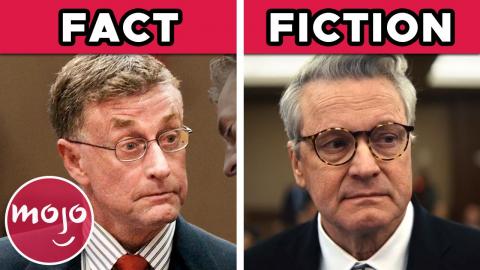 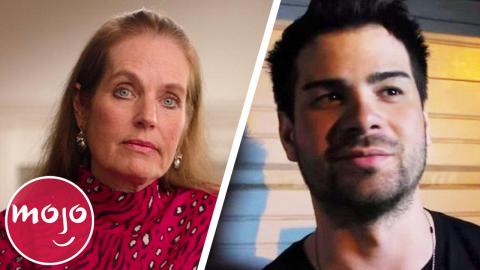 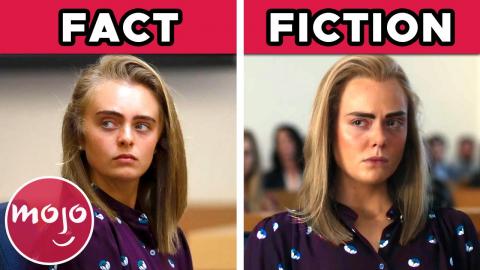 The Shocking True Story of The Girl from Plainville 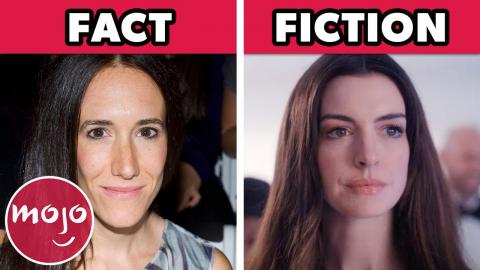 The Shocking True Story of WeCrashed 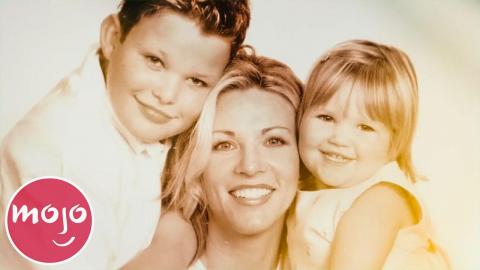 The Shocking True Story of Sins of Our Mother 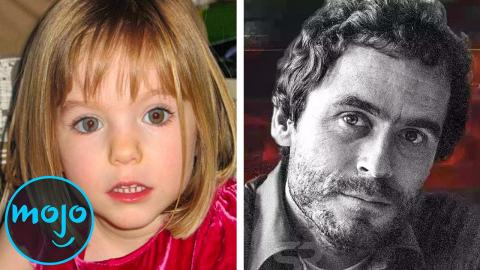 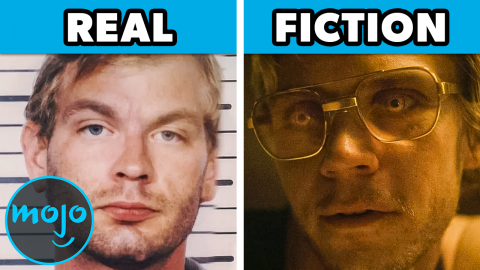 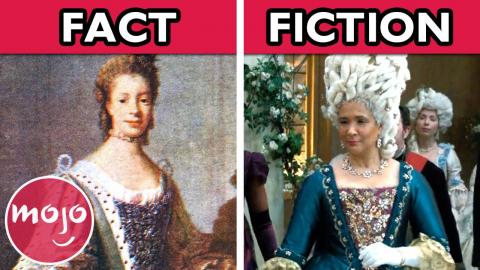 VOICE OVER: Emily Brayton WRITTEN BY: Kaci Heavirland
This is the true story behind Netflix's "The Empress." For this video, we'll be taking a deep dive into the incredible life of Elisabeth, Empress of Austria and Queen of Hungary. Our video includes she loved Hungary, she had a mosnter in-law, she was assassinated, and more!
Transcript ∧

The True Story Behind Netflix's The Empress


Welcome to MsMojo, and today we’re looking at The True Story Behind Netflix's The Empress.

For this video, we’ll be taking a deep dive into the incredible life of Elisabeth, Empress of Austria and Queen of Hungary. If you haven’t yet watched the limited series, there will be spoilers ahead!

Have you seen The Empress yet? Let us know what you think in the comments!

She Had a Carefree Childhood


Duchess Elisabeth Amalie Eugenie was born in 1837 into the royal Bavarian House of Wittelsbach, the third child of Princess Ludovika and Duke Maximilian Joseph. Nicknamed Sisi, the young royal lived a rather unrestricted life for her status. Some people believed that eccentricity was a characteristic of the Wittelsbach lineage, and that it lived on in Sisi. As a child, she would often skip lessons to ride her horse. But the freedom of her youth was a far cry from what the rest of her life would hold.

The Emperor Chose Her Over Her Sister


Sisi’s future husband Franz Joseph I of Austria was born into the Habsburg monarchy in 1830. He wasn’t so lucky when it came to freedom in his childhood. When he was twenty-three, his mother, Princess Sophie of Bavaria, decided it was time to set up an arranged marriage. And who could make a better wife for her royal son than his own royal cousin? Sophie wanted to strengthen the ties between the Houses of Habsburg and Wittelsbach, so she invited her sister, Ludovika, to bring her eldest daughter Helene to be married off. But after they arrived to meet the future emperor, he decided he wanted to marry Helene’s younger sister Sisi or no one. Within days, Franz Joseph and the 15 year old Sisi were engaged.

She Had a Monster In-Law


Eight months after their betrothal, Sisi and Franz Joseph were married, and the young girl was thrust into stifling court life. Her days became strict and structured, all under Princess Sophie’s thumb. Sisi’s first crime against her mother-in-law was simply being the wrong sister. Franz was controlled by his domineering mother throughout his life, but went against her wishes by not choosing Helene. And the Princess was not keen on giving Sisi an easy life. When Sisi gave birth to her first child ten months after the wedding, Princess Sophie took the baby, named her Sophie, and refused to let the new mother care for her. A year later, she did the same with Sisi’s second child and daughter, Gisela. It’s suspected that Sisi’s mother-in-law was also behind a malicious pamphlet that Sisi found on her desk, suggesting that a Queen should be considered a meddlesome and “dangerous foreigner” unless she provided a male heir.


Adjusting to the formality of court life was hard for Sisi, who started experiencing health issues shortly after moving to Austria. But things eventually started turning around for her. In 1857, three years after her wedding, Sisi, her husband, and their then two children visited Hungary for the first time. The Empress was greeted with a needed break from the uptight formality of her royal home. The trip left a deep mark on her, leading her to start learning to speak Hungarian. She loved the Hungarian people and they loved her in return.

She Had Political Influence


Before Sisi was twenty, she had two children. After the Empress’ first trip to Hungary, both her daughters became ill. The eldest passed away at two-years-old. At the end of that year, Sisi became pregnant with her third child, and first son, who was named Rudolf. In the eyes of Princess Sophie, Sisi had finally fulfilled her royal duty by giving Austria an heir.

The birth of a son gave Sisi more influence at court. A decade later, she agreed to have another child with the Emperor, and used her influence to win Hungary equal footing in the Austrian Empire. In 1867, the Austro-Hungarian Compromise established the dual monarchy of Austria-Hungary. Sisi became Queen of Hungary as well as Empress of Austria. The following year, she gave birth to her fourth and final child, Marie Valerie, who was nicknamed the “Hungarian child”.

She Cared a Lot About Her Appearance


Sisi expressed her dislike of being pregnant, writing that children “drive away Beauty”. She was said to be obsessed with her appearance. Standing at 5’8”, and maintaining about 110 pounds most of her life, the royal was described as “almost inhumanly slender”. She wore extremely tight corseting made in Paris out of leather. She would regularly fast, which took a toll on her health. At night, she wore a facial mask lined with raw veal.

But she was also an avid horseback rider and gymnast. A gymnasium was added to every castle she lived in so she could practice in comfort.

She Didn’t Return the Emperor’s Affections


Royal marriages in the 1800’s were more than a little different from present day marriages. The Emperor and Empress rarely lived together, much less spent an abundance of time together. The couple’s marriage was an arrangement for power, after all. Throughout their lives together, Franz seemed to have had much more affection for his wife than she had for him. He was dutiful to his role at court, while she would restlessly try to get away from her duties and her husband. Both royals were rumored to have had affairs that the other knew about, but they stayed together until the end of Sisi’s life. Based on their letters to each other, they seemed to have become close friends in their later years.

She Was Ahead of Her Time


Sisi defied expectations of her as both a wife and royal in her day. She was quiet and reserved, but also very active. Her life outside of being the Empress and Queen was always a hot topic for gossip. She liked learning languages, history, philosophy, reading, writing, and smoking. She also cared about the treatment of the mentally ill. All of her interests seemed odd for women at the time. She took a special liking to German lyric poet and radical political thinker Heinrich Heine and wrote poetry inspired by his work. Her work also drew on her own life and restless longings. One of her poems read:

O'er thee, like thine own sea birds
I'll circle without rest
For me earth holds no corner
To build a lasting nest.


Towards the end of her life, Sisi suffered a series of devastating losses. This included the death of her son, Rudolf, who in 1889 killed his mistress and himself in an apparent pact. It’s said that Sisi wore only black after the tragedy. Rudolf’s death triggered a dynastic crisis that led to the Emperor’s nephew, Franz Ferdinand, becoming heir; much later, his assassination would trigger World War I.

Sisi’s restless nature kept her traveling, often under an alias, such as “Countess of Hohenembs”. In 1898 she arrived in Geneva, Switzerland along with her entourage, but a local newspaper leaked her identity. Disliking grand processions, Empress Sisi left her hotel with just one lady-in-waiting on September 10th, 1898. They were heading to the shore to catch a steamship when Italian anarchist Luigi Lucheni stabbed Sisi, penetrating her heart. With the help of her lady-in-waiting and a few sailors, Sisi was able to board the ship, but back at her hotel, she was pronounced dead.


Empress Elisabeth was widely loved. After her death, her husband founded the Order of Elizabeth in her honor. In Vienna, a statue of the Empress was created as a memorial monument. There were also monuments of the royal family erected in Territet and near Lake Geneva in Switzerland. Many of her previous homes were turned into museums. Her life became a common focus for works of art, like plays, ballets, films,and TV series. Her memory and legacy blazes on over a century after her death.
Comments ∧