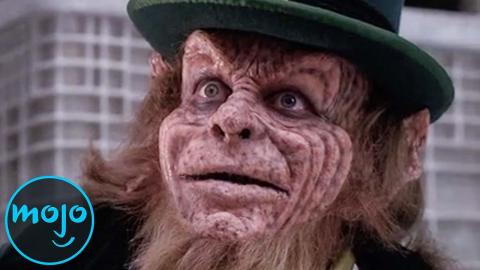 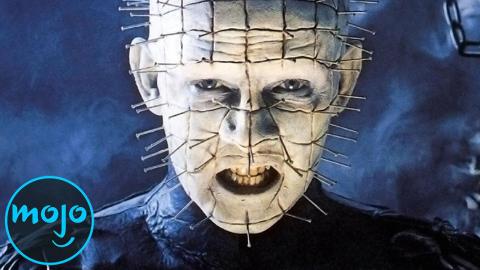 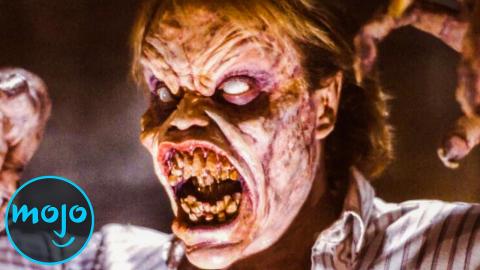 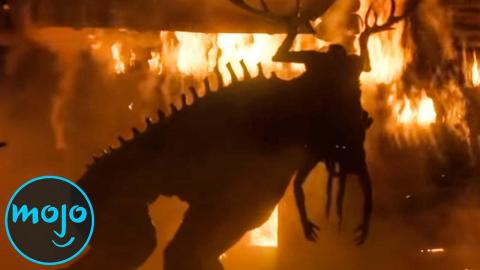 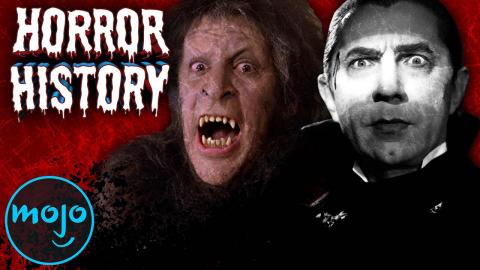 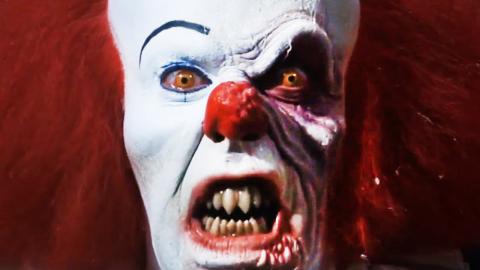 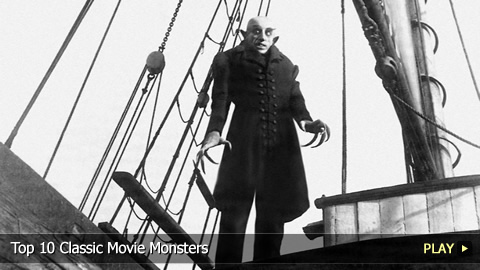 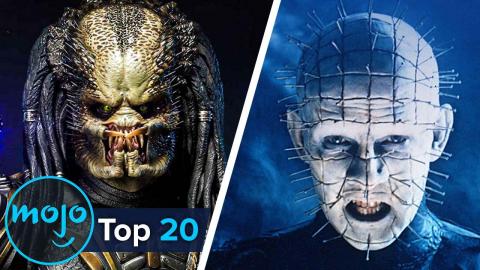 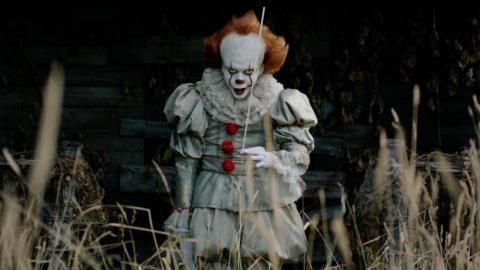 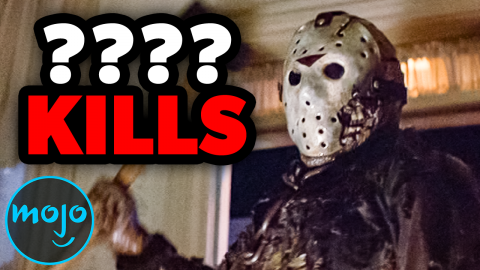 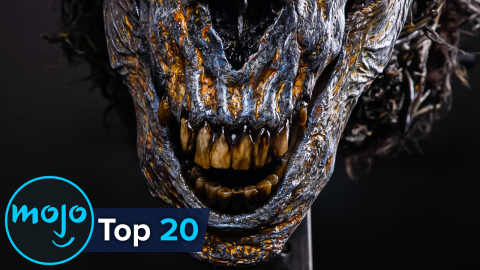 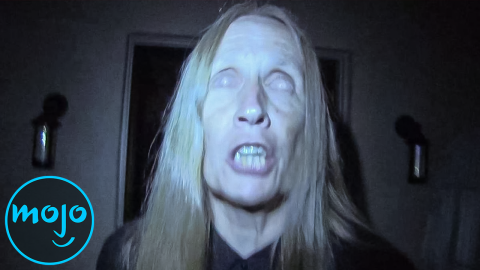 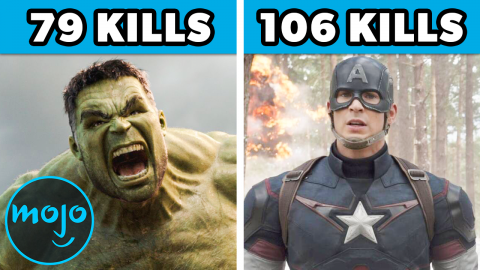 VOICE OVER: Kirsten Ria Squibb WRITTEN BY: Dominique Corveddu
You don't want to tangle with these movie monsters! For this list, we'll be looking at our favorite creepy, crawly killers that have the highest kill count. Our countdown includes “Child's Play” franchise, “Jurassic Park” franchise, “A Quiet Place” franchise, and more!
Transcript ∧


Welcome to WatchMojo, and today we’re counting down our picks for the Top 10 Movie Monsters with the Highest Kill Count.

For this list, we’ll be looking at our favorite creepy, crawly killers. Note: we’ve tried to be as accurate as possible with the numbers, but since it’s not always easy to get exact stats when it comes to the world of horror and fantasy - and not all sources necessarily agree - then we’ve gone with what we believe is the most accepted count. We won’t be including mostly human slashers like Carrie and Jason.

If we missed any of your favorite movie monsters, feel free to scream bloody murder in the comments below!

“Child’s Play” franchise (1988-)
Playing on the 80s’ obsession with certain dolls, and parental fears for the potential hazards of playtime - “Child’s Play” fueled a new kind of pediophobia. Between ‘80s gimmicks and truly iconic one-liners, Chucky was consistently upping his body count. The plastic psychopath racks up over 40 kills throughout the film franchise. Although he’s noted for brandishing a large kitchen knife, the “Good Guy” grabs whatever’s handy - like a yardstick or a grenade. Maybe it’s a size thing or even Brad Dourif’s phenomenal delivery, but it’s hard to believe this little doll does so much damage.

“Leprechaun” franchise (1993-)
In another small but scary package, this fable piles on the fatalities. While it may be borderline absurd, the series makes the villain earn his title. The mischievous menace wreaks havoc upon unsuspecting victims - not without a limerick or shoe shine, of course. Creator Mark Jones utilized the trickster trope to create unique and certainly memorable kills - like giving a new meaning to a bulge in someone’s pants… Leprechaun is not just limited to physical kills like pogo-sticking through a person’s chest, he also uses methods of hallucination and telekinesis. From the hood to outer space, he racked up 51 kills over the years.

“Alien” franchise (1979-)
Sure, these slimy, salivating extraterrestrials probably can wipe out the human race, but not to worry [SB “they mostly come at night… mostly.”] The Xenomorphs’ towering stature, industrial exoskeleton, and extendable cuspidate jaw alone could probably literally scare you to death. But this alien race is much more clever than that, and has an ulterior motive: finding a human incubator for their chest-bursting little darlings! While that also will indefinitely kill you, their penchant for tearing people apart seems to come more from a place of territorial behavior and finding the right specimen to exploit. Unfortunately for our crews, curiosity-along with some acid spit-definitely kills… 88 times, to be exact. Maybe space exploration isn’t such a good idea after all…

“Jurassic Park” franchise (1993-)
A playground for prehistoric monsters! What could go wrong?! Mega-sized, bloodthirsty reptiles really aren’t meant to be held captive. Acting as a group, these massive monsters individually stake out 78 people - but kill at least 100 more just by stomping through the main street in the park. Besides being crushed under 10 tons of reptile, the collection of different types of dinos made for an interesting culmination of more than 180 kills. Parkgoers and employees alike were coated in venom, picked up and dropped to their deaths, and even ripped in two like dogs playing tug-of-war with a chew toy.

“King Kong” franchise (1933-)
Perhaps one of the most iconic creatures in American monster movies is also one of the deadliest. Dating back to the 1930s, it’s no surprise that the giant ape’s legacy has coalesced into one big murderous rampage. While the premise is always the same - humans stumble upon Kong, Kong smashes everything in his sight, the humans take him down - filmmakers keep coming up with new ways to create the trail of bodies. In the span of nearly 90 years, the “eighth wonder of the world” has murdered at least 211 people. From mass casualties like derailing an entire train car, to simply stomping on passersby, Kong leaves quite the wake in his path.

“Cloverfield” (2008)
Nothing like found footage of an unimaginable monster to get the blood pumping. Of course, if you’re a massive creature looking to take out as many people as possible in one grand stomp… you make your way on over to New York. This terrifying quadrupedal being terrorizes the masses with its long, intimidating legs, mouth laced with sharpened teeth, and tail that whips through crowds and buildings with ease. But if that wasn’t enough to kill everything in its path, it also carries a gang of smaller parasites. Amidst the frantic camera work, the audience is treated to about 118 kills by the monster. And even more presumably take place off-screen!

“Predator” Franchise (1987-)
As their title indicates, these badass aliens want one thing and one thing only - to hunt. Menacingly large, and brandished with impressive armor, these guys spell out impending doom for pretty much anyone that crosses their path… including other aliens. As if brute strength weren’t enough, laced into their armor are various weapons. First, they seek you out with infrared vision, then maybe trap you in a net before using a Plasmacaster to end it all… and if all else fails, they have a self-destruct device! With all those technologically advanced failsafes, it’s no wonder there are not many survivors in this franchise. Including the 2022 reboot “Prey,” the Predators have claimed a total of 118 lives. Basically, your only chance of survival is to “get to the choppa!”

“Godzilla” franchise (1998- 2021)
Conquering both land and sea, Godzilla leaves nowhere to hide. Originating from Japan, the massive monster garnered a deadly US franchise. To simplify our count - we’ll only be exploring the American carnage. As expected, the “king of monsters” thrashes its way through cityscapes leaving nothing but rubble and bodies behind. And if you try to sail away, he’ll just swim straight through the ship - where at best, you’ll drown. But perhaps even more notable than that, Godzilla can also shoot laser beams from his mouth! This beast is so bad his rival is King Kong, so no human is really equipped to defend themselves. The death toll in the franchise has reached at least a whopping 571 kills.

“A Quiet Place” franchise (2018-)
In a post-apocalyptic world where noise could end your life, the odds aren’t great. The Death Angels are equipped with long limbs and super speed to take out the maker of even the faintest sound at a moment’s notice. When tip-toeing around these creatures isn’t enough, you’ll have to try and fend through their incredibly armored skin for a chance at survival. The first two films show us at least 35 individual kills on-screen. We get a small taste of just how swiftly these creatures swept through neighborhoods. Now imagine what happened beyond the camera. The viewer is left to believe that the hoard of Death Angels has eliminated most of the human race. Putting it conservatively - the death toll is probably in the billions.

“Final Destination” franchise (2000-)
We get it, we also refuse to drive behind log trucks. Throughout the franchise, one poor survivor must convince as many people as possible to escape before a very imaginable accident happens. It may be on the more creative side, but for the most part, most of these accidents are pretty tangible. Roller coasters sometimes malfunction; you could get hit by a bus; it’s possible to get stuck in an elevator. Between the massive tragedies and survivors being picked off one by one, death has claimed 485 lives. But in the end, “nothing can be said to be certain, except death and taxes”, making Death the permanent frontrunner on the kill count.
Comments ∧