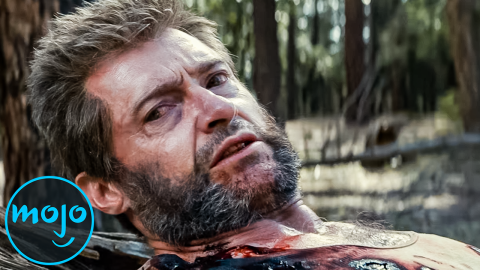 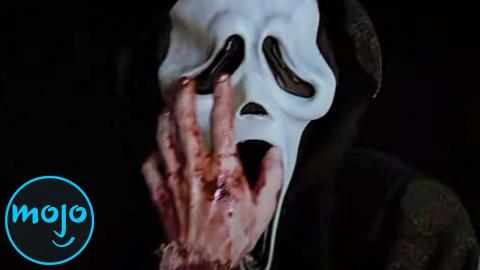 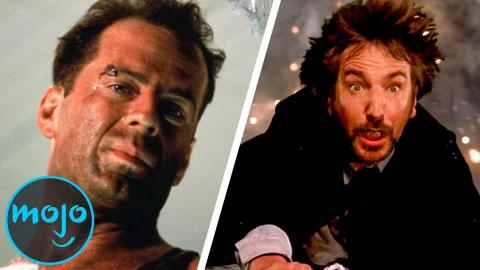 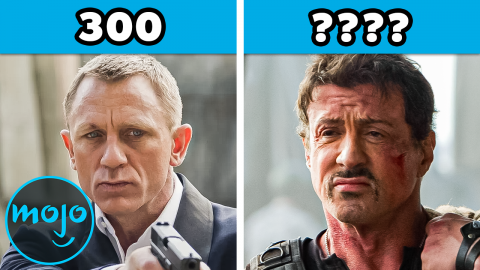 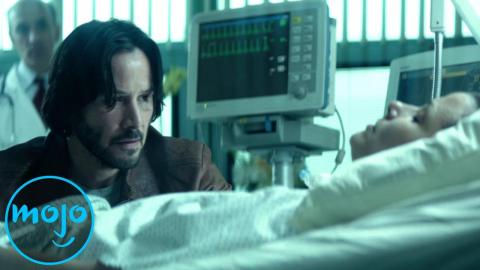 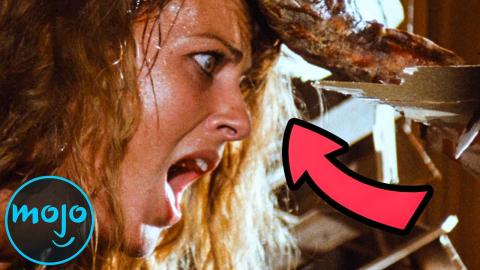 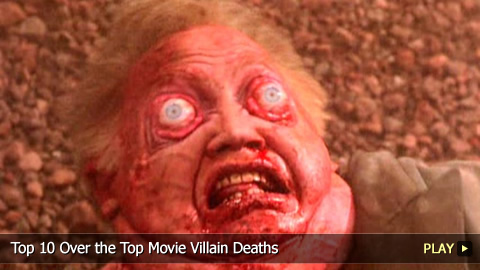 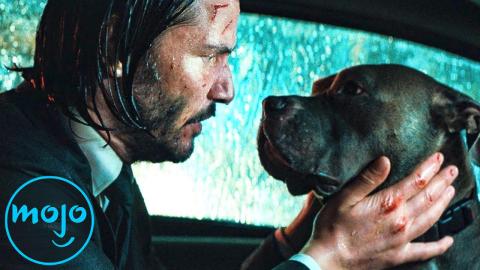 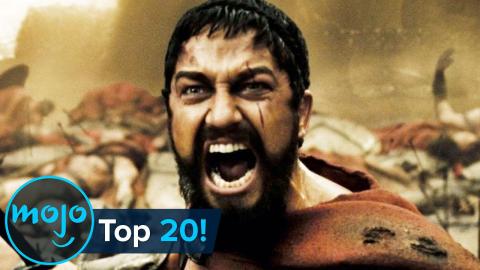 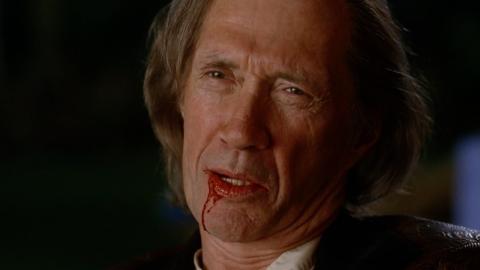 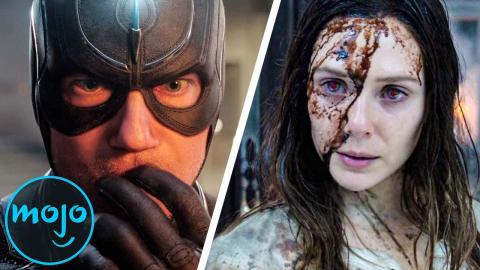 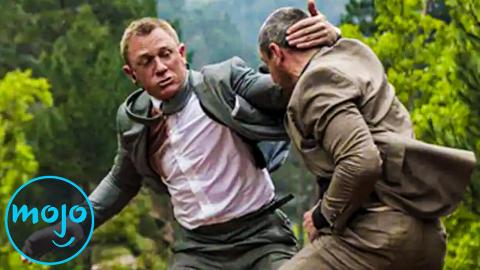 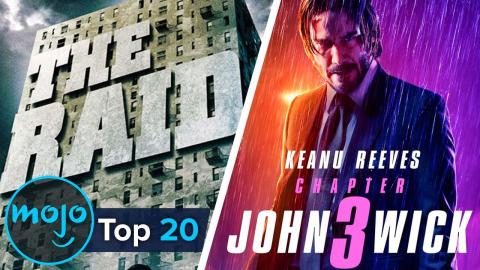 Top 20 Action Movies of the Century (So Far)

VOICE OVER: Ryan Wild WRITTEN BY: Andy Hammersmith
Ouch! For this list, we're looking at the greatest examples of deaths that could be best described as “extra.” These violent moments take the term “brutal” to a whole new level, not to mention spoilers. Our countdown includes scenes from "GoldenEye", "Logan", "RoboCop" and more!
Transcript ∧

Welcome to WatchMojo, and today we’re counting down our picks for the Top 10 Most Brutal Deaths in Action Movies. For this list, we’re looking at the greatest examples of deaths that could be best described as “extra.” These violent moments take the term “brutal” to a whole new level, not to mention spoilers. Did we forget another infamous demise? Let us know in the comments below.

#10: Crushed by a Satellite Antenna

“GoldenEye” (1995)
At the conclusion of “GoldenEye,” James Bond and villain Alec Trevelyan duel on top of a satellite antenna. Bond then drops his former friend from an incredible height. The impact alone is rough to watch as Trevelyan’s body flops on the hard surface below. His villainous antenna then gets destroyed, falls, and crushes him. It’s truly the definition of insult to injury and among the more violent death scenes in Bond history. He might have been moments from expiring with the original drop, but the additional blow from the fiery wreckage only accentuates his unpleasant end.

“Dredd” (2012)
The 2012 version of “Dredd” pulls no punches in its depiction of gritty violence and its dystopian society. In this scene, Karl Urban’s version of the titular judge chases down a group of criminals. One of them gets away and takes a hostage, prompting the lead character to fire one accurate shot. His ammunition lands in the assailant’s mouth and burns up his head like molten lava. The effect of his head lighting up sells the unfathomable pain of the moment, dropping him to the floor like a brick. Judge Dredd makes the rogue wish that he never messed with him in the first place.

“Kill Bill: Volume 1” (2003)
Quentin Tarantino’s martial arts homage features many brutal deaths, including Gogo’s dramatic exit by way of nails. The climax of “Volume 1” is one long series of amazing sword battles leading up to a duel between Beatrix and O-Ren Ishii. The Bride eventually gets the upper hand and slices clean across O-Ren’s head. In an effective maneuver, the katana manages to finish O-Ren in a chilling and gruesome way. Leave it to Tarantino to both stylishly and violently bring this hectic escapade to a dramatic close. Not only is it a memorable death, but it showcases the hero’s precision with a blade.

“Logan” (2017)
Anytime a beloved character dies, it's hard to watch them go. This is especially the case with Wolverine’s death in “Logan.” With his clone getting the best of him, the mutant hero gets stabbed and impaled on a log. Hugh Jackman’s visceral performance gives the scene another layer of reality and intensity. No amount of adamantium skeleton makes this look any less painful. He gets help separating himself from the fallen tree, but it’s clear that the damages are irrevocable. Logan’s final breaths are especially sad knowing he’s in so much agony.

“Machete” (2010)
Robert Rodriguez’s ode to exploitation films features Danny Trejo as a one-man wrecking crew. At one point, Machete ends up in a hallway fight whereby he reaches into a henchman’s stomach and, well, makes him a little lighter. The visual is graphic enough on its own, but the lead character isn’t done. He ends up jumping out a window and swinging down to the next floor with his makeshift rope. It’s a sight that you’ll likely never see again in another movie, making Trejo’s anti-hero look especially ruthless. The shocking quality to this death brings new meaning to the phrase “stomach ache.”

“John Wick: Chapter 2” (2017)
Throughout the “John Wick” saga, the assassin proves himself with a number of unique weapons including a notable scene with a horse. However, his use of a pencil in the second film might be the ultimate example of improvised weaponry. Going up against two adversaries, Wick grabs the writing utensil and wields it like a knife. He stabs and jabs the pencil into each of them with speed and viciousness. Jamming the pencil into one of their ears, he follows up by impaling the other onto a wall. Keanu Reeves makes the moves look effortless and even more terrifying with his expert fighting skills. Who knew school supplies could be so deadly?

“Kingsman: The Golden Circle” (2017)
“Kingsman: The Golden Circle” keeps up the comic book energy of the original with another slew of chaotic fights scenes. This particular sequence involves a meat grinder subduing the character known as Whiskey. Harry and Eggsy get the best of the cowboy and send him into the kitchen appliance, with a slew of sounds and visuals that will definitely make you rethink your appetite. The moment comes off as lovably cartoonish while still packing a brutal punch. By grinding up Pedro Pascal’s character into bits, this brawl definitely features one of the more unique and twisted movie deaths.

“Mad Max: Fury Road” (2015)
“Mad Max: Fury Road” is one spectacular chase after the other. For the final sequence, the protagonists come face-to-face with the evil Immortan Joe. Furiosa climbs over to Joe’s car window and hooks him in a surprising turn of events. The result rips away the villain's mask and a whole lot more. While you only get to see some of the effect, the resulting sound and flash of red tells you that the whole thing must have been super painful. The fact that the whole scene takes place in a moving vehicle only maximizes the intensity of the moment. Not only is it a triumphant move for the hero, but it’s also a brutal reminder of the film’s violent world.

“RoboCop” (1987)
“RoboCop” is much more than an average ‘80s action film about a robotic police officer. It also features some of the most hardcore violence of the decade, with this fight scene in particular showcasing the extent of its brutality. Henchman Emil crashes into a vat of toxic liquid and his skin begins to weaken and transform. The image alone is enough to make anyone queasy, but it isn’t over for him yet. Emil also gets hit by a car which shatters his fragile body into pieces. The visual of him getting all over his employer’s windshield is a visual that you won't soon forget.

“Raiders of the Lost Ark” (1981)
Few images have given kids nightmares quite like this scene from “Raiders of the Lost Ark.” In the finale of the movie, the Nazis open up the Ark of the Covenant and unearth a series of supernatural spirits. The ghostly inhabitants then take their revenge as they zap, melt, and subdue the villains. As an action-adventure film, people forget that it has these kinds of stark and grisly images. The effects look so real that it makes the finished product look even scarier. These have to be some of the most iconic and brutal movie deaths ever.
Comments ∧