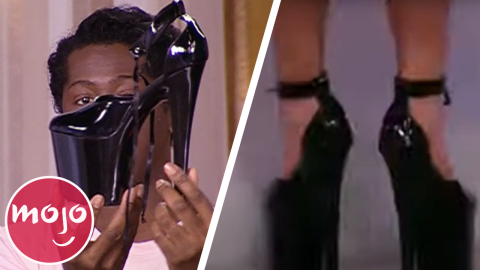 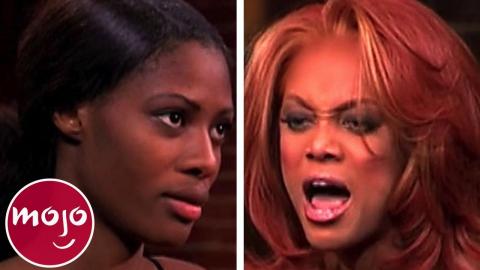 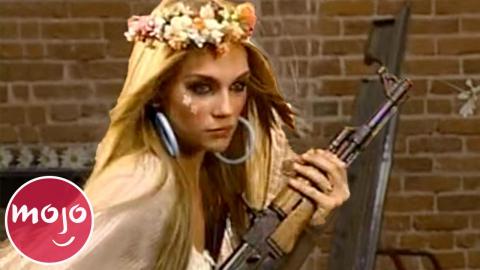 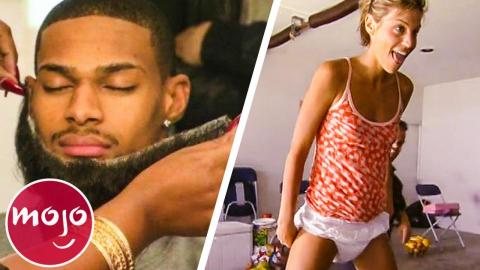 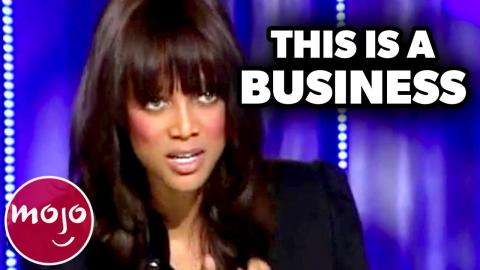 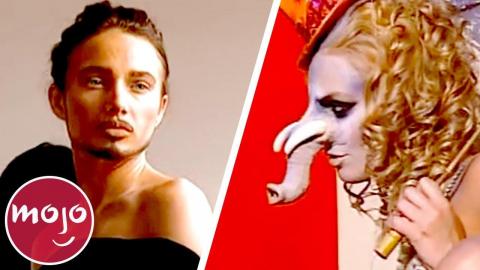 Top 5 Shocking America’s Next Top Model Stories: Where are they Now? 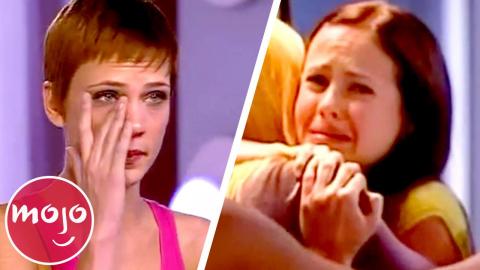 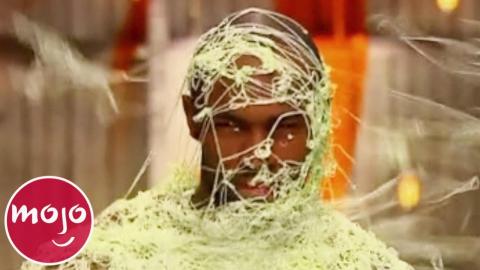 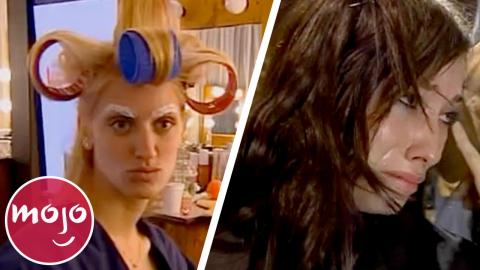 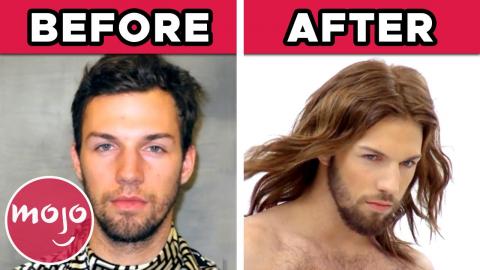 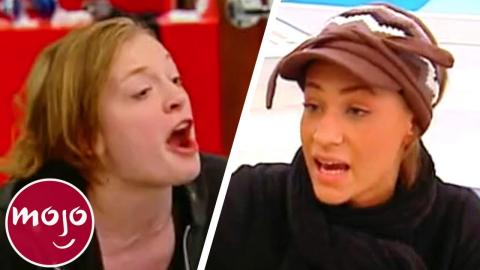 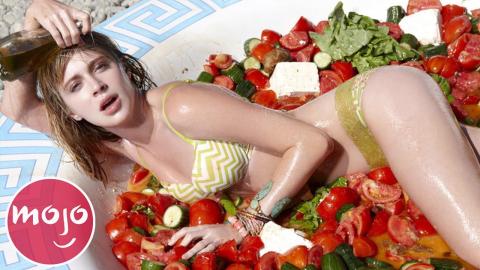 VOICE OVER: Phoebe de Jeu WRITTEN BY: Catherine Neal
These "America's Next Top Model" moments continue to shock. For this list, we'll be looking at some of the most dramatic and outrageous episodes from our problematic noughties fave. Our countdown includes the Top 14, Rebecca faints, the Michael Jackson photoshoot, and more!
Transcript ∧


Welcome to MsMojo, and today we’re counting down our picks for the Top 10 Shocking “America’s Next Top Model” Moments.

For this list, we’ll be looking at some of the most dramatic and outrageous episodes from our problematic noughties fave.

Which “Top Model” moments shocked you the most? Let us know in the comments!


Long-running reality shows are always looking for ways to switch up the formula and shock the viewers. In Cycle 16 of “Top Model,” one decision took things a bit too far. Fourteen girls were led to believe that they had a place in the final. Fourteen sets of hopes were dashed while the others had already begun to celebrate. But then came the twist. The girls who had been made to believe they were going home were actually moving into the Top Model house. The other fourteen were out of the competition. It seems an unusually cruel method of choosing, but according to Tyra, it was important to teach the girls about rejection in the industry. And crushing dreams is always good for ratings.


In Cycle 10, the contestants took part in a shoot that was supposedly based around a subject close to Tyra’s heart: homelessness. The presenter has never actually been homeless, but she did do a segment on it once for “The Tyra Banks Show.” Same difference? In the urban-glamor shoot, the girls posed with actual homeless people. The models were styled to look like they lived on the street (but make it fashion!) while their “homeless partners” got to dress in designer clothes for the day. It was apparently all about raising awareness. But it came across as exploitative. And there was something very wrong about the total lack of sensitivity on display.

#8: Dangerously High Heels
“The Girl Who Kissed a Roach”


To be a top model, this show suggests, is to never complain. If the shoot calls for you to do something dangerous, you do it. Whether that’s lying in freezing water for hours on end or facing your fears in a ring with an actual raging bull. In one Cycle 6 episode, the models were asked to face a challenge that seemed more realistic. Doesn’t sound so bad, right? Well, there’s high and then there’s dangerously high. Watching the girls stumble and flail about the runway was horribly entertaining - but they could have done themselves some serious damage. Tyra explains that it’s important to learn to walk in difficult shoes. But this seems like overkill.


“America’s Next Top Model” does not have the best record when it comes to cultural sensitivity. A Cycle 4 episode featured a shoot where the girls were transformed into different ethnicities. You’d think that after that went out, they might’ve received enough complaints to ensure it didn’t happen again. But no. They did the exact same thing in Cycle 13. Then, in the “All Stars” cycle, someone had the bright idea to feature a Michael Jackson photoshoot. You guessed it, that meant darkening the models’ skin for some pictures and lightening it in others. The shoot now seems wrong on a whole lot of levels, but no one on the show appeared to see an issue.


The contestants of Cycle 14 might’ve been forgiven for thinking that they signed up for the wrong show, when in one episode, they were asked to walk a gauntlet of swinging pendulums. As with the high heels, this was pretty entertaining stuff. But also unfairly hazardous for the models. Is this really the way to show the clothes off to their best advantage? Is anyone even looking at the outfits, or are we all just waiting to see whether the model gets to the end of the runway in one piece? It’s hard to see how this challenge was designed with any other purpose than giving the viewers at home a good laugh.


Angelea tied for third in Cycle 14 and returned for the “All Stars” cycle in 2011. She made it down to the final three and was actually picked as the winner. The viewers never got to see that though. Angelea was disqualified when facts about her past came to light. The final was re-filmed and Lisa D’Amato was crowned America’s Next Top Model in her place. So what was Angelea’s crime? Turns out, she had briefly worked as an escort since her last appearance on the show. That reason seems pretty backward as it is. But Angelea also claims that she was coerced into that world. She says that, at the time, she reached out to contacts at “ANTM” for help, but nobody took action.

#4: Keenyah & the Male Model
“The Girl Who is Special”


While prepping for a photoshoot in Cape Town, Keenyah was hit on by a male model who didn’t want to take no for an answer. During the shoot, he was getting uncomfortably close, moaning in her ear and touching her inappropriately. Keenyah asked him to back off and give her some space and eventually stopped the shoot. She explained the situation to the photographer and Mr. Jay, but they basically just told her to get on with it. She was clearly uncomfortable and it affected her picture, but the other girls and the judges were less than sympathetic. The response seems shocking now, but there’s little doubt that this was simply a reflection of the industry at the time.

#3: “Flesh-Eating Bacteria”
“The Girl Who is Contagious”


There are some episodes of this show that remind you just how young the contestants really are. The “flesh-eating bacteria” scare in Cycle 4 definitely had a schoolyard vibe to it. When Michelle’s skin broke out in angry sores it was all around the house that she was infected with a “flesh-eating bacteria” that could “cause certain death.” As it turned out, it was just impetigo. Which, in fairness, is actually contagious. But even after the skin infection had been diagnosed, it took a while for the hysteria to die down. And not before the rest of the girls had terrified poor Michelle and made her feel like a pariah.


Viewers of Cycle 6 might remember that time when Tyra pretended to faint. Maybe she was taking tips from Cycle 4 contestant, Rebecca, who passed out during a panel. Unlike Tyra’s strange performance, though, this was genuine. The model had a pre-existing condition that had caused these unsettling episodes before. The judges had been busy critiquing Rebecca’s stage presence, when her eyes rolled back and suddenly she was on the floor. It was all very dramatic and the response from the room seemed a little slow. But eventually an ambulance was called and the judging was able to commence.

Cassandra’s Hair, “The Girl Who Makes a Disclaimer”
A Dramatic Makeover Decision Made One Model Walk

Shandi’s Confession, “The Girl Who Cheated”
Her Boyfriend Found Out She Cheated on National TV

When 50 Cent Pushed Jael in the Pool, “The Girl Who Gets Thrown in the Pool”
Yes, She Was Annoying, but It’s Still Not Cool

Giving a Model Hypothermia, “The Girl Who Grates”
CariDee’s Body Goes Into Shock During a Pool Shoot in Freezing Water

Eva’s Spider Shoot, “The Girl Who is Panic-Stricken”
It Wasn’t Easy for the Anachraphobe, but the Shot Turned Out Beautiful

#1: “We Were All Rooting for You!”
“The Girl Who Pushes Tyra Over the Edge”


If any moment will go down forever in “Top Model” history, it’s this one. Tyra Banks really can’t handle it when the models react or behave in a way she can’t understand. After struggling through a challenge in front of the panel, getting upset and then pulling herself back together, Tiffany got eliminated. She smiled through the disappointment, but Tyra needed more. She wanted to see the pain to prove something. She called back Tiffany and flew off the handle. Tyra brought Tiffany’s personal family stuff into it and she made it personal between the two of them too. The other models watched in horror as Tyra went into total meltdown mode. It was tough on Tiffany, but it was also great TV.
Comments ∧