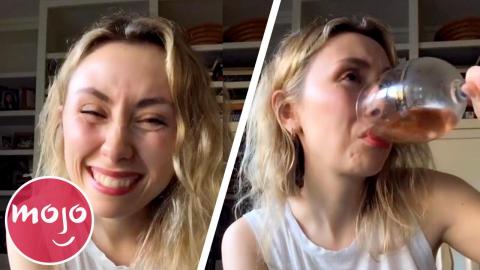 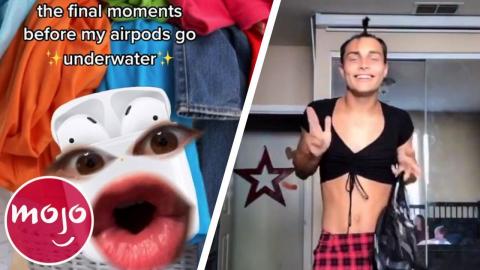 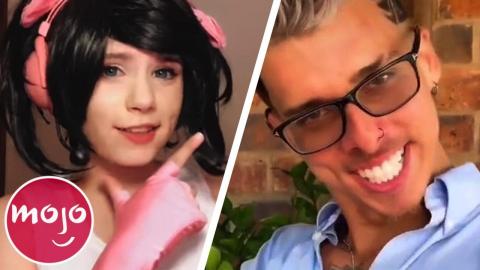 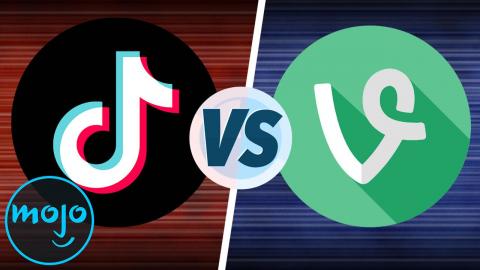 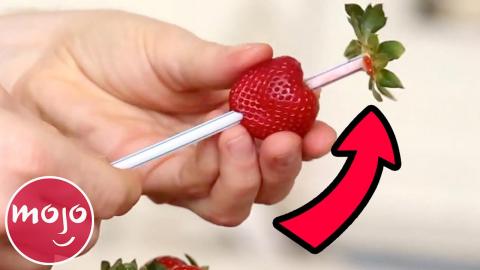 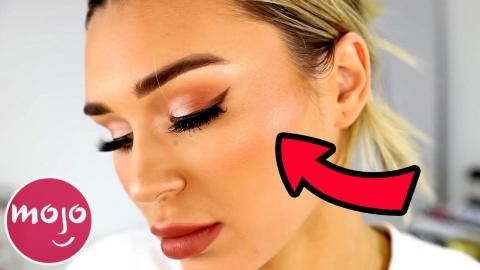 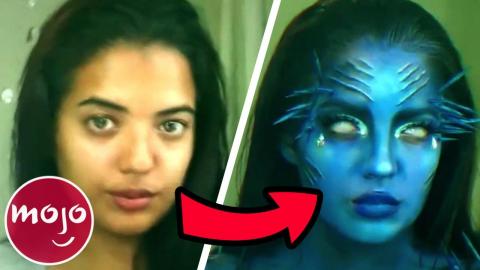 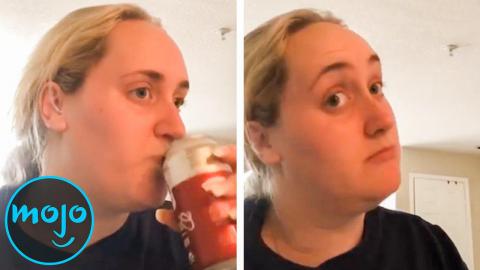 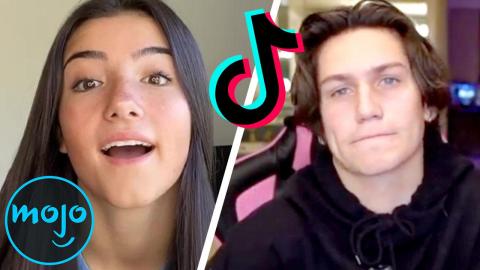 What is TikTok's Hype House? 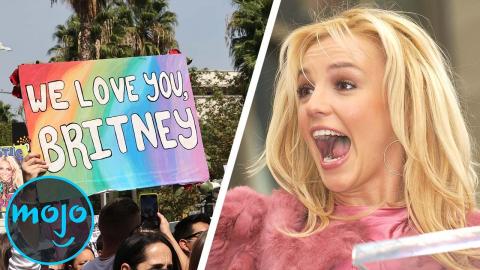 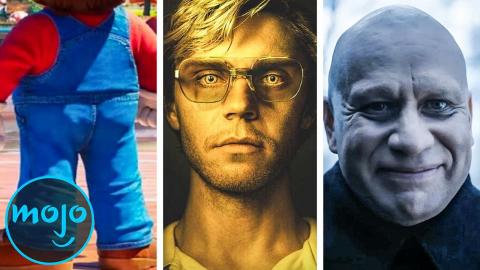 Did Netflix’s Dahmer Go Too Far? Will Mario Get Sonic'd? Fans Happy With Uncle Fester Casting? 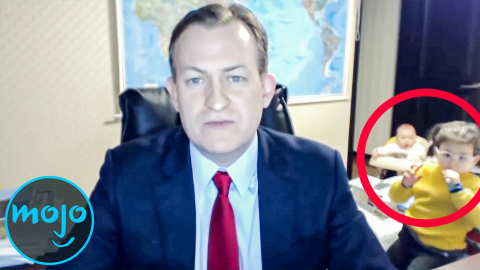 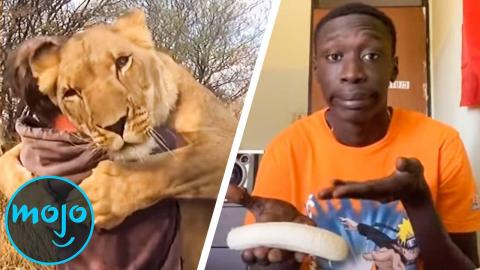 
Welcome to MsMojo, and today we’re counting down our picks for the Top 10 TikTok Impressions.

For this list, we’ll be looking at videos of popular TikTok creators who are seriously dedicated to their craft by creating entertaining and/or relatable content. No lip-dubbing impressions were considered though.

Which impression makes you giggle the most? Let us know in the comments.


Created by @justme.rod, these hilarious 15-second clips depict the internal anxieties many millennials experience in many life situations… like work. Rodrick went viral at the beginning of quarantine when he posted videos that perfectly captured what every millennial thought and felt while navigating corporate life. Though he rarely speaks, his use of early 2000s’ pop songs along with his perfect facial expressions say it all. But it’s not all about work with this viral TikToker, as he also imitates his generation’s reactions to other, more ordinary, areas of life. Rod’s on-point satire consistently leaves millennial viewers giggling behind their hands in embarrassment. With over 15 million views, justme.rod is the perfect impressionist to start off this list.


These days, cringe is in and Erika Priscilla certainly does not disappoint. Watching this impression of an overly-enthusiastic-bordering-on-nervous-breakdown social media influencer is like watching a car wreck: you don’t want to watch, but you can’t look away. Still though, each video – which escalates in ridiculousness as it progresses – perfectly parodies the essence of online influencers. Priscilla demonstrated the ridiculousness of this new phenomenon when she created a video commenting on how aggressive some influencers can be, after which she developed Qelsi the Influencer and the rest is history. With her flawless overly enthusiastic energy, this irritating, yet somehow lovable, character is sure to keep followers laughing for a long time.


You may recognize this creator from the uber-popular content platform, Vine, where he made a name for himself with his impressions. Until 2019, however, Vincent Marcus wasn’t very active on TikTok… that is, until George showed up. “George and June,” which Marcus created with his Vine counterpart, Manon Mathews, is unmatched. The stitch includes Marcus as a 1950s’ husband chatting with his wife, played by Mathews, and her perfect Transatlantic accent. One of the first videos, titled “50s Valentines,” shows Mathews staring creepily into the camera with Marcus talk-singing “Let It Snow” in a Sammy Davis Jr-like voice. The stitch went viral and then became a series, with both Marcus and Mathews posting “June and George” videos on their accounts. They would eventually add a vintage filter and a half-naked pool boy, leaving millions of viewers begging for more.


Speaking of perfect Transatlantic accents, have you met @caytemps? In May 2020, CJ was playing around with different TikTok voice effects when she found one that would change how she made videos forever. Though she was already showing off her exceptional Transatlantic accent in videos reminiscent of 1940s Hollywood before this, this new effect took it to a whole new level. Soon, she was receiving viewer requests asking her to recite classic movie and/or book quotes, like Scarlett from Gone With the Wind, and soon transitioned to more mundane, sometimes hilarious, suggestions. This TikToker now has over 1 million followers, and ever since the discovery of the content-changing voice effect, she has been a huge source of entertainment for them!


One thing that we looked for in impressions for this list was dedication, and no one does dedication like Dadosaur. Though the account is owned by his daughter Olive, it’s Dadosaur - AKA Frankie Mannella - who has stolen the show of late. When he’s not teaching improv, this fun dad has a secret: say the word “Dadosaur” and he will drop everything – literally – and morph into a destructive reptile who leaves disaster in his wake. Although Mom doesn’t always seem very pleased (3), it’s all in good fun - and Dad usually cleans up. These wildly entertaining videos are a huge hit with viewers looking forward to watching a grown man morph into a dinosaur with more dedication and fervor than we’ve ever seen.


Tatum, a rescue Pitbull from Maine, loves sugar nuggets, chicken nuggets, and all the berries. Curious and ready for adventure, this doggo likes dressing up, cooking, sight-seeing, and drive-thrus. His first video, where he dressed up for Halloween, received over 36 500 likes and Tatum Talks is one of the most popular “talking” dogs on TikTok. With his owner lending him his adorable voice and Tatum’s docile personality, it’s easy to forget he’s not actually a talking dog! With over 2.1 million followers, Tatum is definitely making a splash in the stitch world. Thanks to his patience of a saint, curiosity that certainly killed the cat, and dedication to fashion, it’s obvious why viewers are so in love with this cooperative canine!


Although Brody Wellmaker has had some small parts in shows like “The Vampire Diaries” and “Containment”, the 2020s have seen him making the bulk of his living impersonating different characters who are a perfect combination of hilarious and cringy. This bartender from Georgia first went viral with his exacerbated impression of Bella Swan, but he really made it big with his fiercely hilarious duets as Amber – the crazy-haired, gum-chewing supermarket cashier. Since then, Wellmaker has created countless duets, including being the upper half of fan videos, which are always a hit. Though Amber doesn’t do much in a general sense, her enthusiasm, eye contact, and gum-chewing smiles make us laugh uncomfortably every time. And with over 158 million likes, we obviously aren’t the only ones!


Even though these series of videos don’t have official titles, @yoleendadong is still one of our favorites. With her messy bun, large glasses, and apathetic personality, Leenda - if that’s even her real name - callously describes other TikTok videos in real-time. Additionally displaying her lack of enthusiasm and her dry humor, she has started featuring her socially-inept awkwardness in various life situations. Although this creator doesn’t follow any of the typical rules for TikTok Stardom, she’s managed to do it just the same. Having amassed over 8 million followers and 239 million likes, we’d say she is doing pretty well all on her own!


Like we said, cringy is popular and our next impressionist has seriously perfected it. Caitlin Reilly’s cringe-worthy, yet embarrassingly accurate, impressions of what has been called “problematic individuals'' can be all too relatable. Reilly’s first viral video was of, quote, The Co-Worker You Hate During a Zoom Meeting, followed closely by WASP white Mom having a psychotic break during Facetime - though some of her other videos have gone to get even more views since then. She’s done a few one-offs like “over-active listener,” and “the friend who is in a really good place”, but WASP Mom has been a consistent fan-favorite because people just love to hate her!


Canadian Kris Collins is one of the most popular Canadians on TikTok with over 16 million followers - and it all started with some tiny plastic hands and some adorable facial expressions (1). She’s also known for her duets with other popular ‘Tok creators, like Brody Wellmaker, Collins has since added some original - and hilarious - characters to her video roster. But her most popular stitch to date is arguably “What I Imagine It’s Like to Have a Toddler,” which features an increasingly naughty toddler and an increasingly irritated mother. Since then, she’s invented other mother/daughter duos with entertaining dynamics. Oh...and then there’s Chad. ( All of which make us laugh every time. So, why is @kallmekris so popular? Because she makes original and entertaining content that is relatable and fun!
Comments ∧