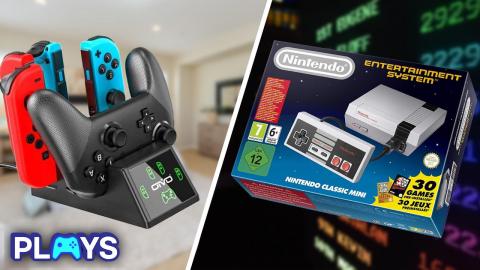 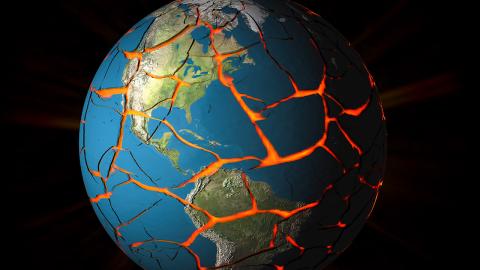 What Would Happen if Gravity Failed? 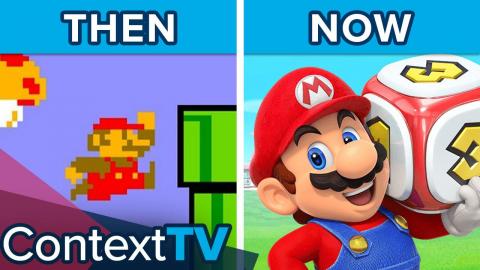 The Secret History of Nintendo 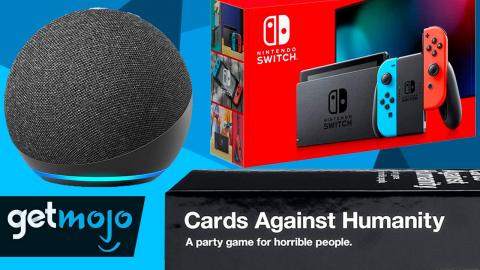 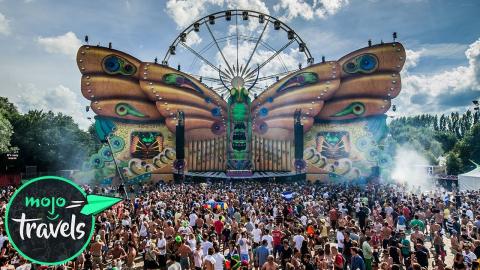 Top 10 Music Festivals Around the World Worth Traveling To 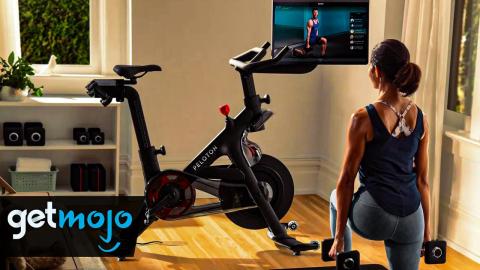 The Peloton Bike: Is It Worth It? 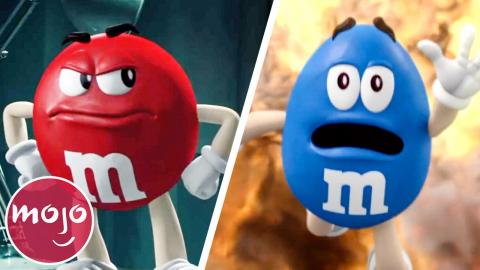 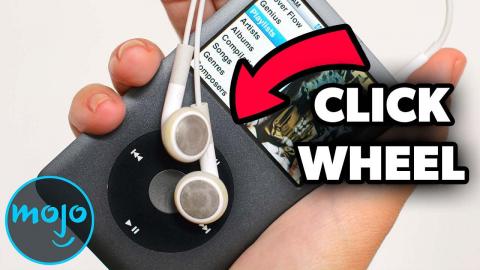 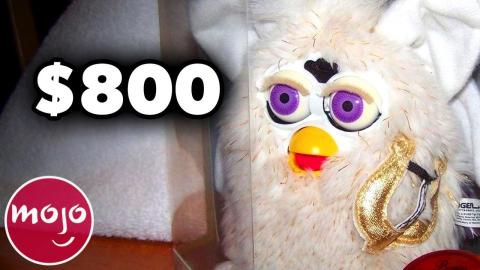 Top 10 Most Valuable Toys From Your Childhood 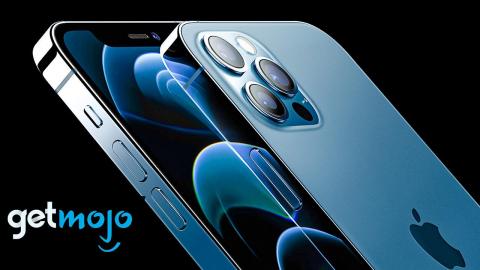 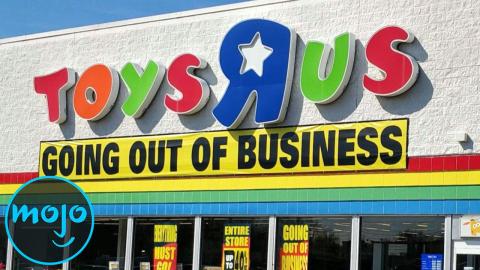 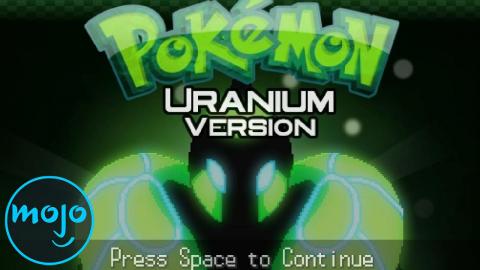 Nintendo Switch: Is It Worth It?

VOICE OVER: Ryan Wild WRITTEN BY: Richard Bush
In recent years, Nintendo's speciality has been occupying niche segments of the gaming market and gathering a hardcore following in the process - with the likes of retro-infused games and motion controller consoles. But Nintendo made Microsoft and Playstation sit up and pay attention when it released its Switch console back in 2017. A next gen console that can be played both on a TV and as a handheld - what's not to love?
Transcript ∧

Is It Worth It? Nintendo Switch


Welcome to GetMojo, where we do the research so you don’t have to! In this video, we’re breaking down the pros and cons of the Nintendo Switch to determine if it’s really worth buying!

In recent years, Nintendo’s speciality has been occupying niche segments of the gaming market and gathering a hardcore following in the process - with the likes of retro-infused games and motion controller consoles. But Nintendo made Microsoft and Playstation sit up and pay attention when it released its Switch console back in 2017. A next gen console that can be played both on a TV and as a handheld - what’s not to love? Well, we’re going to be looking at the Switch's pros and cons to determine whether it’s worth it!


Above everything else, the Nintendo Switch’s most unique selling point is its hybrid gaming set-up. This allows you to play games hooked up to your TV at home - just like a regular home console - but also allows you to play those same games on-the-go in handheld mode. And the Switch has garnered praise for the seamless way in which it toggles between the two, with minimal downtime. The portable version of the Switch proved so popular that Nintendo released the handheld-only Switch Lite, and people snatched it up - proof that the Switch’s handheld experience isn’t inferior or merely a gimmick.


Unless you own an original Switch from when the console first launched, you should be pretty happy with the battery life the console offers when on-the-go. In 2019, Nintendo gave its Switch a battery boost, with it now boasting a battery life of between 4 and a half to 9 hours, with the fluctuation being dependent on what kind of gaming you’re doing. The Switch can also complete a full charge in a relatively short 3 hours, and can be charged via a USB Type-C cable, or via the console’s docking station.


Although you can game online with the Switch - more on that later - its portability allows for greater multiplayer options, like sitting in public areas and gaming with other Switch users, or hosting a multiplayer game using your own screen and the two Joy-Con controllers. The screen even has a kickstand for added convenience - and the Joy-Con controllers can be used for other things, like mobile and PC gaming. But even when being used on a TV, the Switch encourages what some might call old-school multiplayer. You know, the kind of side-by-side, sofa gaming experience that you perhaps used to play before online gaming became the norm. And this is mainly thanks to its user-friendly controllers — which also support motion controller functions, much like the Nintendo Wii — and its multiplayer-oriented gaming titles. Which brings us onto our next point…


First off, some might argue that the latest Playstation or Xbox console is worth investing in purely because of the exclusive titles available - and that’s fair enough. However, we’d argue that the Switch offers plenty of its own endearing titles, exclusive to the console, to win you over. There are the likes of “The Legend of Zelda - Breath of the Wild”, “Pokémon Sword” and “Super Mario Odyssey”. And there are even a ton of popular multiplayer-oriented exclusives too, like “Super Mario Party”, “Animal Crossing: New Horizons” and “Mario Kart 8 Deluxe”. Of course, you can still play popular cross-platform games like “Fortnite”, “Minecraft” and “Rocket League”. It really depends on what kind of gaming appeals to you.


Whether or not graphics and console power matter to you, we couldn’t not mention that the Switch is the inferior console to its Playstation and Xbox counterparts in terms of graphics. Which is to say that if you want to play the latest photorealistic games on the best possible platform, you probably wouldn’t choose the Switch. However, with the style of the Switch’s games being predominantly animation and cartoon-based, you could argue that this is irrelevant... irrelevant, of course, if that’s the only type of games you plan on playing.


One aspect of the Switch that is undeniably inferior to its competition, however, is the set-up of its online memberships. It’s not bad per se, it’s all just confusing and misleading at times. For example, things like backing up your saves to the cloud will require a Nintendo Switch Online subscription. But not all games support cloud saves - although most of them do. Also, if you want to use online voice chat, which most online gamers will, you’ll need to use the companion smartphone app to do so, as the console itself doesn’t have a chat function. And you guessed it, accessing this app requires a Nintendo Switch Online subscription. It’s worth noting however that local multiplayer gaming, which can facilitate up to eight gamers, does not require a subscription.


The Switch is not perfect. But honestly, for most people, it will be pretty close. If you like the titles the console has to offer, then the Switch is a no-brainer. It’s especially effective at appealing to gamers of all ages, thanks to its catalogue of games, and will also appeal to busy individuals who perhaps don’t have time to sit in front of a TV and game, or maybe want to ease back into the gaming world with a handheld device, after a hiatus. If you’re a hardcore online gamer who likes to lose yourself in immersive, realistic gaming, then perhaps the Switch is not for you. But we bet that even for those gamers, there will be something the Switch has that appeals to them.

Stay tuned to GetMojo for the most complete video product reviews!
Comments ∧