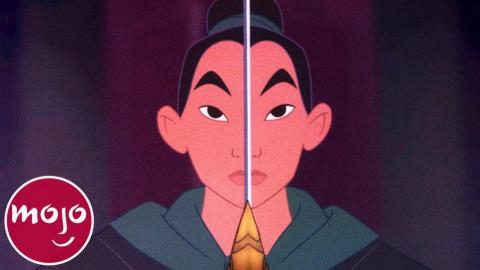 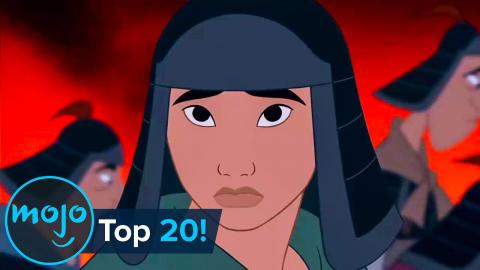 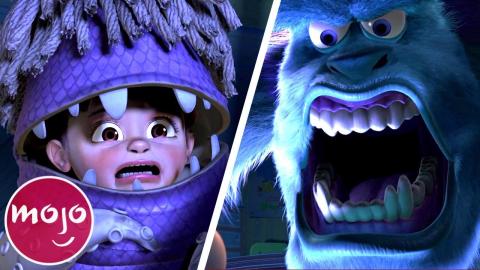 Top 10 "What Have I Done" Scenes in Disney Movies 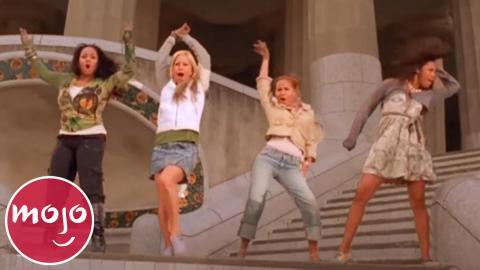 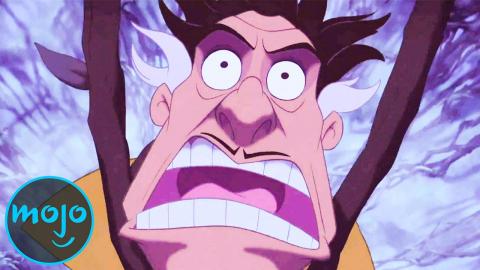 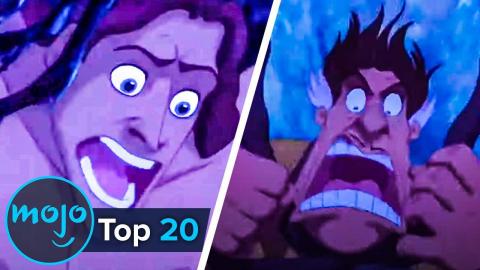 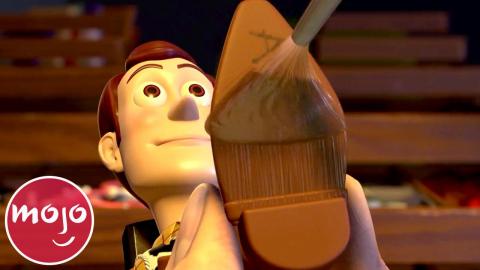 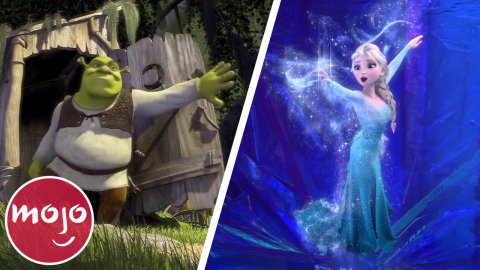 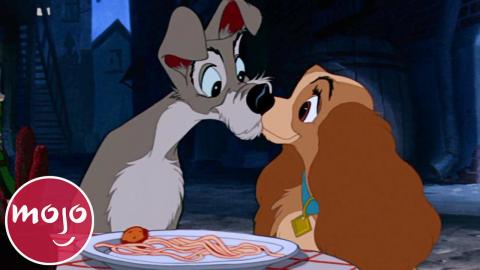 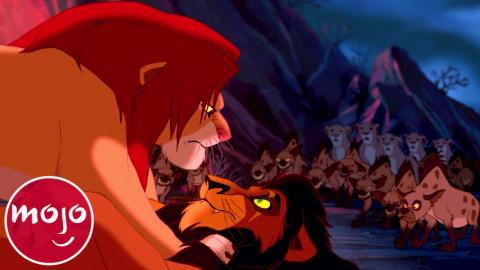 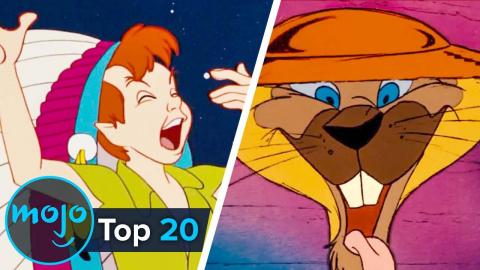 20 Racist Disney Movie Moments That You Forgot About 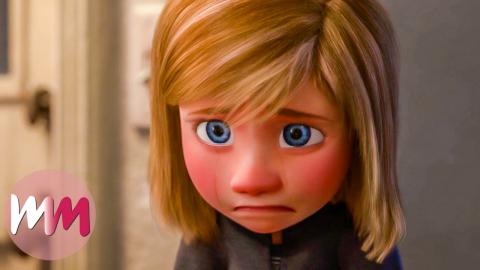 Top 10 Disney Moments that Made us Happy Cry 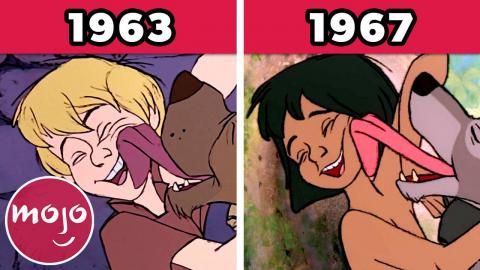 VOICE OVER: Emily - WatchMojo WRITTEN BY: Savannah Sher
The most rewatched Disney movie scenes are engrained into our memories and childhoods. For this list, we'll be looking at the most iconic and rewatchable Disney scenes, including ones with Easter eggs. Our countdown includes “The Little Mermaid,” “Mulan,” “Aladdin,” and more!
Transcript ∧

Get ready to hit rewind. Welcome to MsMojo, and today we’ll be counting down our picks for the Top 10 Most Rewatched Disney Movie Scenes.

For this list, we’ll be looking at the most iconic and rewatchable Disney scenes, including ones with Easter eggs. We’re excluding scenes featuring memorable songs because that’s a whole separate list of its own. We also won’t be including Pixar.


Disney’s first animated feature film, “Snow White and the Seven Dwarfs”, contains several moments that go down in the company’s history among the most memorable. But the one standout comes near the end of the film when The Prince wakes Snow White up with “Love’s First Kiss” and breaks the spell that the Witch put her under. Sure, for a modern audience this entire premise is pretty creepy, but discussions of consent weren’t exactly commonplace in the 1930s. This scene kicked off a long tradition of Disney princesses and the princes who acted alongside them.


We’re going to jump from Disney’s oldest movie to one of the most recent. In 2018’s “Ralph Breaks the Internet”, there was a scene that would inevitably become one of the most talked about. Vanellope finds herself surrounded by all of the Disney princesses that we have come to know and love over the years, and she teaches them some of the modern things that they’re capable of. Disney used this scene to poke fun at itself a bit, giving us glimpses of some of the dated tropes that governed the ways in which these characters acted in their own films.


Disney’s third animated feature has become somewhat unappreciated over time. It stands out among all the other Disney films because of its unique storytelling style, which splits the movie into segments. One of these is The Sorcerer's Apprentice, which shows Mickey Mouse, the aforementioned apprentice, trying out some magic of his own despite the fact that he doesn’t exactly have a good grasp on it. We see him animating regular household objects like a broom in an attempt to get them to do his bidding. Of all of the stunning visuals in this movie, this one stands out among the rest.


“The Little Mermaid” is definitely a fan favorite among Disney movies, but looking back on it, the story is pretty dark. Ariel essentially makes a deal with the devil in order to get a chance to live above water. She is already potentially giving up her entire life and access to her family, but on top of that, the sea witch Ursula demands that she give up her voice. In this haunting scene, we see Ariel sing beautifully and have her voice snatched away from her, being left in silence. A scene that is equally arresting but for totally different reasons is Ariel’s iconic hair flip, which we all tried in the neighborhood pool at least once.


The happy ending of “Sleeping Beauty” is a truly joyous one, as Prince Phillip awakens the titular character with a kiss, just like Snow White before her. One of the things that the two bonded over earlier in the film was dancing, during which we hear the tune of “Once Upon a Dream” in the background. This song appears again during the conclusion as the couple glides across the dance floor. But what makes this scene really stand out is the cheeky argument between the fairies Flora and Merryweather, which is another callback to an earlier scene, as they continue to argue about the color of Aurora’s dress, changing it from blue to pink and back again.


The plot of “Mulan” was very different from anything that came before it for Disney. It featured a strong female character opting to train as a warrior to prevent her aging father from having to go to war. She hides her identity and presents as a man in order to trick the system and spare her dad. In this inspirational scene, we see her readying herself for war and enacting the transformation that will disguise her. We also adore the lovely scene near the end of the film when Mulan finally returns with her father to the bench where he first gave her advice.


What child didn’t dream of learning to fly? One of the most magical and whimsical scenes in Disney history takes place near the beginning of “Peter Pan” when Peter whisks the Darling children from their London nursery off to Never Land. They fly past some of the city’s greatest landmarks, like Big Ben, and make their way out of the real world and into the fantasy land where Peter lives. Everything about this scene is dreamy and gorgeous, and it makes us wish we were young again so we could believe in the power of fairy dust.


It’s hard to pick any single scene from “The Lion King” as the one we want to watch again and again. Perversely, it could be the moment when Scar throws his brother from the cliff into the stampede, showing his true intentions just because it’s so unbelievable and devastating. But in a lighter moment earlier in the film, Mufasa explains the circle of life to his young son Simba, telling him about the cycle that keeps all of nature working. He also gives him the weighty information that before long, he will be the one ruling the vast kingdom. The visual of the two lions sitting side by side is one of the best frames in the film.


If we asked our viewers to pick the single most memorable voice acting performance in a Disney movie, it’s hard to imagine that they’d choose anyone but Robin Williams as the Genie in “Aladdin”. You could easily say that his entire part in this film is iconic, but when Aladdin first meets him, he rattles off a seemingly endless slew of impressions that are nearly impossible to keep up with. When we were kids, we didn’t get half the references he makes, and even as adults we recognize that some are still going over our heads.


Can any movie be called THE Disney movie? There may not be a definitive answer, but we’re betting that lots of you would think it’s “Cinderella”. In one of the most upsetting scenes in Disney history, Cinderella and her animal friends refashion her mother’s old dress to wear to the ball, but her wicked stepsisters literally tear it to shreds while it’s on her body. Luckily, her Fairy Godmother is at the ready to give her a makeover worthy of a princess. With a wave of her wand, she transforms Cinderella’s tattered dress into a beautiful ball gown, with glass slippers to match.
Comments ∧