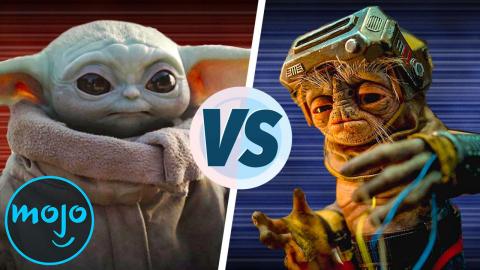 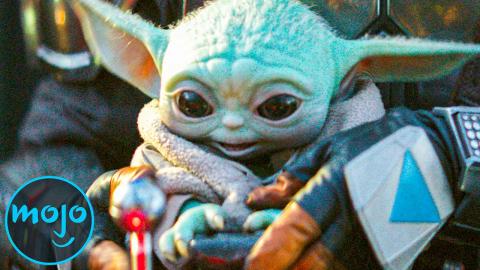 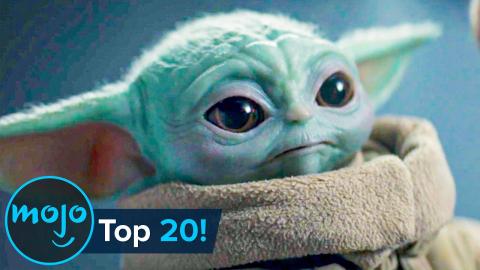 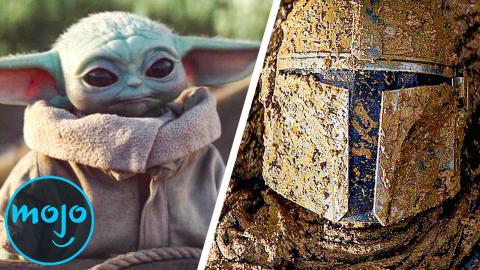 Top 10 Best Moments from The Mandalorian 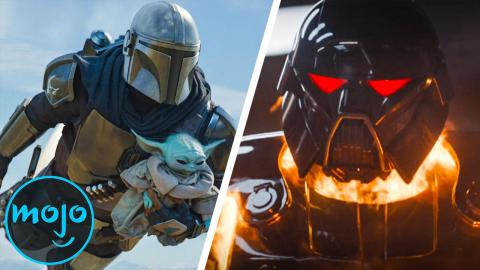 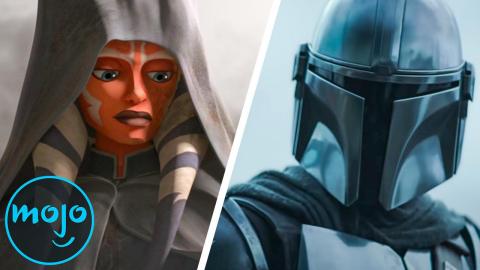 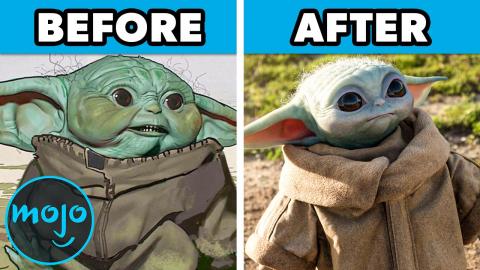 Top 10 Craziest Behind The Scenes Moments From The Mandalorian 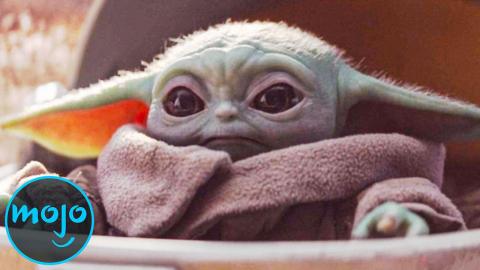 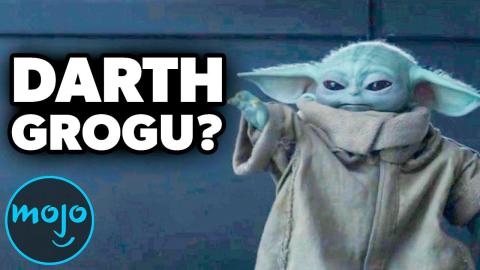 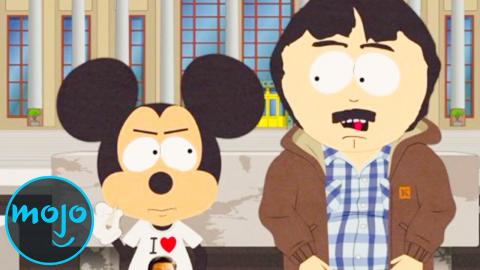 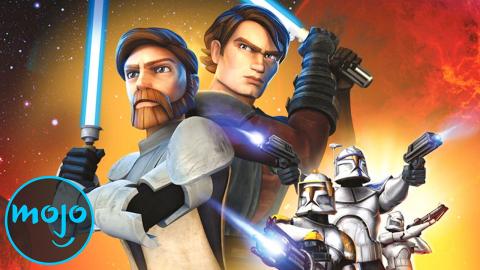 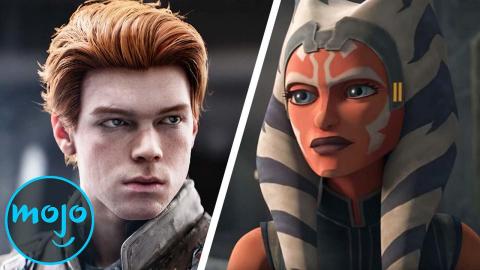 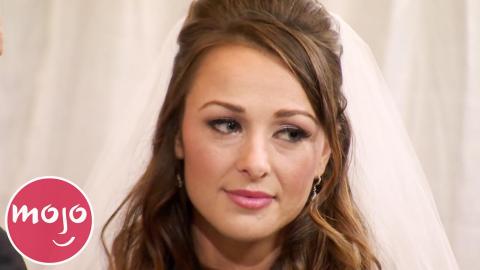 VOICE OVER: Rebecca Brayton WRITTEN BY: Michael Wynands
Its the cutest showdown in history! Today we're pinning two of the most adorable alien's from the Star Wars franchise against each other? Who will come out on top? Who will sip tea? Only this video has the answers! Who do you think would win? Let us know in the comments!
Transcript ∧

Whoever said that size matters?! Welcome to WatchMojo, and today we’ll be going head to head with Babu Frik, the newly introduced character from “Star Wars: The Rise of Skywalker” and the breakout star of “The Mandalorian”, The Child, better known by his internet title as ‘Baby Yoda’. Come along as we size up these two pint-sized characters across a variety of categories to see which of these new fan favorites, despite their modest size, has made the biggest impression.

Please note, there will unavoidably be some spoilers for both “The Mandalorian” and “Star Wars: The Rise of Skywalker”.

Round 1: Significance to the Plot

When Baby Yoda first came into the picture, the world collectively squealed with delight. Even had the character’s screen-time been limited to the first few episodes, we would’ve deemed the Child to be a worthy addition to the Star Wars canon. But rather than just another bounty for Mando to turn in (or turn loose), Baby Yoda has become a series lead, second only to the titular Mandalorian. His presence is what drives Mando’s character development, and gives this action-packed series not only a beating heart, but a compelling mystery too!

If we have one gripe with the treatment that Babu Frik received in Episode IX, it’s the lack of screen-time he got. Though his scenes were brief, he was an essential part of the lengthy treasure hunt that was the quest to locate Exegol. Without his expert knowledge of droids, our heroes may never have reached the Emperor in time to stop him. In less skilled hands, C-3PO also could have been permanently damaged during the procedure. So yeah… in a sense, you could say that Babu Frik saved the galaxy!

While we relished every moment with Babu and recognize his contribution to saving the day, his handiwork was just step in a long line macguffin type complications that our heroes had to navigate. The Child, by contrast, is central to the series in which he appears, and feels like a bigger piece of the expanding Star Wars universe, and so Round 1 goes to the Child.

We knew that Yoda’s species live exceedingly long lives, but we never would have guessed that their development was so slow. The Child is apparently about 50 years old, but in terms of maturity, he’s really just a toddler. And like many toddlers, he’s not working with much in terms of language skills. Despite this significant disadvantage, Baby Yoda’s comedic timing and expressiveness would have impressed Charlie Chaplin himself. From the way he misbehaves on the ship, to soup-slurping and his tendency to show up where he’s least expected, this Child is a riot.

Like we said, Babu Frik didn’t get a whole lot of screen time, but during the few brief scenes in which he did appear, Babu Frik established himself as arguably one of the funniest characters to have ever inhabited a galaxy far far away. Our hat’s off to Shirley Henderson for the excellent voice work! His laugh is infectious and because he’s such a joker, we thankfully hear it fairly often. The guy’s a real comedian and he knows it! He’s got that sort of affable, easygoing, sleepy-eyed vibe to him. His brand of comedy feels like classic Star Wars. Jar Jar… take notes!

Baby Yoda doesn’t try to be funny, but his immaturity and uncanny timing makes him endlessly entertaining to watch. Babu Frik, however, is clearly a practiced comedian. Dude’s got chops, and for his efforts, he takes the round.

We’ve only seen a handful of creatures like Yoda since Star Wars first exploded onto the scene in 1979. Even in the Legends timeline, they’re extremely rare. As far as the canon is concerned, the Child is only the third such example of this unnamed species to have appeared - the other two being Yoda and Yaddle. Given that both of the aforementioned jedi were hundreds of years old when we met them, the immaturity Child represents exciting uncharted territory for the franchise - everything he does invites speculation.

This tiny little droidsmith is a real breath of fresh air. Since its very inception, part of the fun of the Star Wars franchise has been the wide variety of colorful, oddly-shaped and sized alien species that populate this galaxy. Babu Frik is without a doubt one of the smallest characters introduced to date, and yet he packs a massive personality. Sure his catchphrase isn’t exactly unique, but many outlets have gone so far as to call Baby Frik the single best part of the entire film. It’s a bold claim, but the internet seems to agree.

We love the Child, but as compelling as it is to see a juvenile version of this mysterious species, his design is essentially just a “baby” version of Yoda. It’s a welcome variation on a familiar character, but familiar nonetheless. In Babu Frik… we got something wholly original: a new character from the newly-introduced Anzellan species, and one who left cinemagoers wanting more.

Credit where credit is due… it’s tough for filmmakers and showrunners to keep a secret in the modern age, but somehow, Jon Favreau and his crew managed to pull it off. Expectations were high for “The Mandalorian”, and so too were the stakes. The first episode quickly distinguished itself as a solid production, but then, at the very last minute, Favreau and company made this a MUST-WATCH series. The reveal of The Child as Mando’s target was the one thing no one could have foreseen. Best of all though, it was a twist ending with potentially far-reaching implications.

If there’s one thing that Star Wars isn’t lacking, it’s menacing crime bosses and sinister villains. And when we first heard about “Babu Frik”, that’s exactly the sort of mental image that came to mind. His name is spoken with respect and fear. Neither Poe nor Zorii Bliss give much away about him in terms of physical description, but they make it clear that he’s not to be trifled with, and that Poe should be concerned for having crossed him and the crew. Then you meet Babu… and it’s this guy! Talk about an effective bait and switch.

Babu made for one of the most enjoyable cinematic reveals of the year. As such, he should be able to win this round hands down. And he would… if he were up against any other character under any other circumstances. Unfortunately for him, that Baby Yoda reveal is one that people are going to be discussing for years to come. The Child ties it up!

Wait sorry, that’s for something else…

Let’s be honest, we could go back and forth comparing these two forever, each of them scoring countless wins. At the end of the day however, there’s one crucial factor that makes us love them: the cuteness! Baby Yoda, for his part, seems like he was designed by a team of the world’s top scientists who have been tasked with genetically-engineering a creature to go beside the word “cute” in the dictionary. He’s tiny, he’s got big eyes, his manner is at once innocent and precocious, and those little noises he makes will leave your heart a puddle on the floor. He’s adorable.

If you subscribe to the rule that “smaller is cuter”, then Babu Frik wins. Just when we thought Star Wars characters couldn’t get any more miniature after the Porgs, JJ Abrams hit us with the tiny Babu Frik and all other issues with the film were temporarily forgotten (sort of). Babu Frik’s diminutive size is adorable, but it’s the contrast with his personality that makes him so freaking endearing. He’s little wildman who clearly loves life, and his enthusiasm is incredibly infectious. You just want to take him home with you!

Both characters make our hearts melt but in different ways. Babu Frik is extremely cute in that zany muppet sort of way, whereas the Child is extremely huggable. And ultimately, it’s the latter brand of cuteness that we think has a greater effect on viewers. From his looks, to his voice and mannerisms Baby Yoda is a masterpiece of adorable character design. And with that... the Child takes the final round!

The force is strong with Baby Yoda, who ends up being taking the win in this VS showdown.

Did we pick the right diminutive new fan-favorite Star Characters? Be sure to debate it in the comments and of course, don’t forget to subscribe to WatchMojo for more entertaining versus battles.
Comments ∧