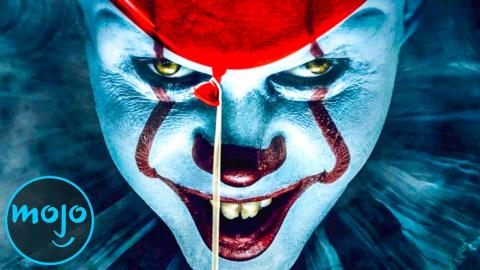 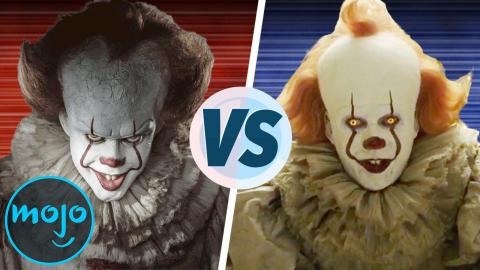 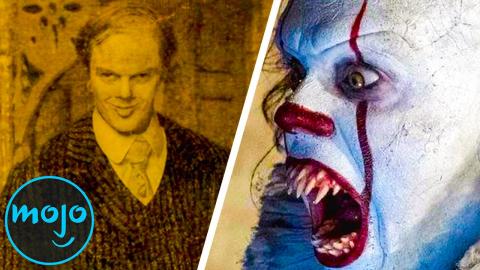 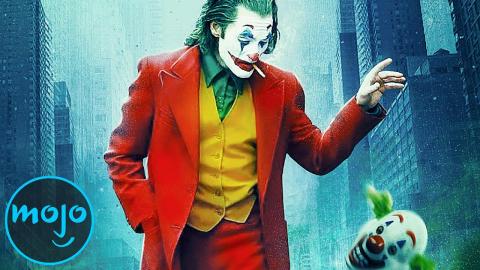 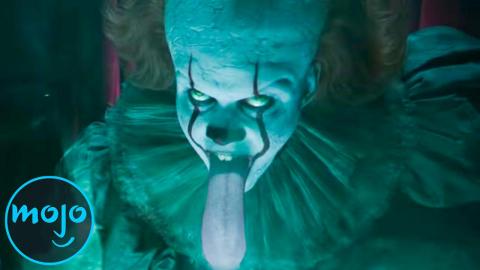 Top 10 Things to Remember Before Seeing It Chapter Two 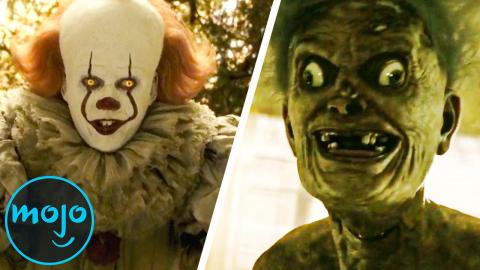 Top 10 Scariest Forms of IT 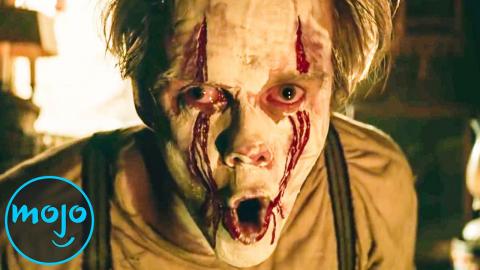 Top 3 Things You Missed in the It Chapter Two Trailer 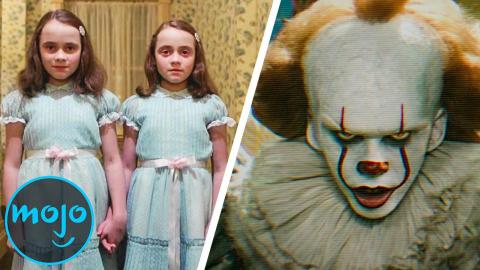 Top 3 Things You Missed in the It Chapter 2 Trailer 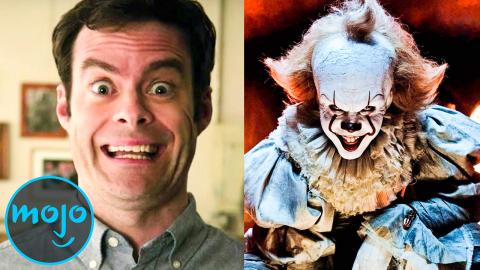 Top 10 Things We Want To See In IT Chapter 2 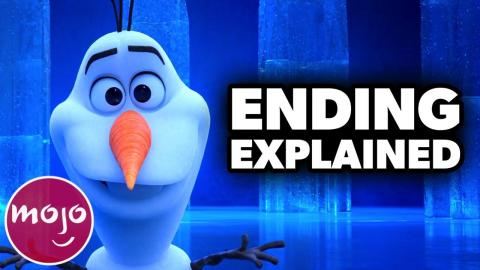 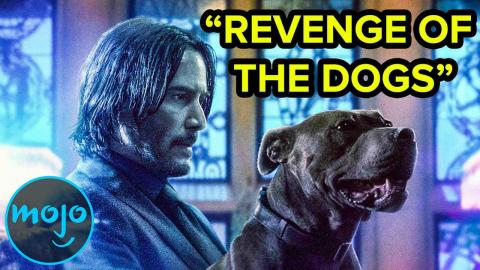 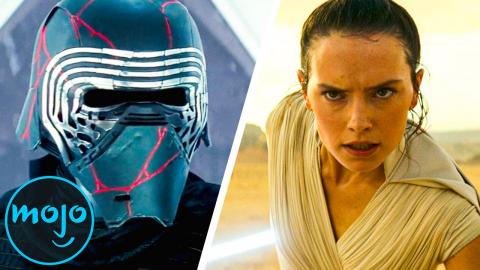 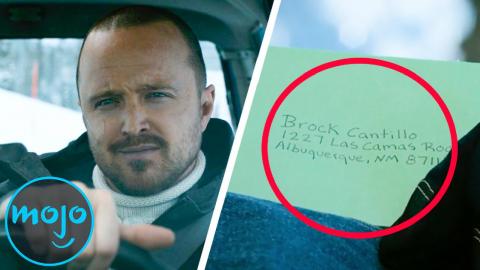 VOICE OVER: Rebecca Brayton WRITTEN BY: Laura Keating
These are the top 10 unanswered questions from "It Chapter Two". Andy Muschetti's horror duology has come to a close. But there are only so many questions from a 1000+ page novel that can be answered on screen. For this list, we're looking at all the unanswered questions we have and plot elements from Muschetti's "It" (2017) and "It Chapter Two" (2019) that still have us guessing. These aren't plot holes, per se, and some even have answers within the book or the greater Stephen King canon. A spoiler alert for "It Chapter Two" is now in effect!
Transcript ∧


Andy Muschetti’s horror duology has come to a close. But there are only so many questions from a 1000+ page novel that can be answered on screen. Welcome to WatchMojo, and today we’ll be counting down our picks for the Top 10 Unanswered It Chapter Two Questions.

For this list, we’re looking at all the plot elements from Muschetti’s adaptation that still have us guessing. These aren’t plot holes, per se, and some even have answers within the book or the greater Stephen King canon. A spoiler alert is now in effect.

Sure, birds of a feather flock together, and It and Henry Bowers are both murderous psychos! But “It Chapter Two” doesn’t really explain why It helps Bowers escape the mental asylum. Was it just to create more chaos? To stop the Losers’ Club? In the book and 1990 miniseries, this makes a bit more sense. In the source material, a younger Henry was framed for all the murders in Derry, not just his dad’s. Blaming the Losers, he’s hungry for revenge, making him the perfect tool for It to use against them. But in the films, it isn’t clear what Pennywise’s big scheme is here.

It is many things: a killer clown; a cosmic shapeshifter; the Deadlights. But an Eater of Worlds? This could just be an idle boast, the histrionics of a creature that lives to terrorize small children. But could it also be taken more literally? All that we know about Its origins is that It came to Earth from the Macroverse (a void surrounding the Multiverse). Given the scale of things, it’s possible that before crash-landing on Earth, this eternal (if not entirely immortal) being did devour entire worlds in one form or another. For now, we simply don’t know.

#8: Did Eddie Have Feelings for Richie?

Richie Tozier is the smart aleck of the group, always ready with a joke or hammy remark. He likes to poke fun at his friends, but especially hypochondriac Eddie Kaspbrak. This teasing takes on more significance with one of the biggest reveals of “It Chapter Two”: that Richie is actually gay and has had feelings for Eddie since they were kids. Since he doesn’t tell Eddie how he really feels before Eddie meets his gruesome fate, we never find out if those feelings were reciprocated. Eddie was the most repressed of the crew in many ways, so it could be that Eddie did feel the same about Richie but never got to explore that side of himself.

#7: When Did It First Arrive on Earth?

As we mentioned earlier, It came to Earth from the Macroverse long ago. In the movie, Mike and Bill have a vision of It crashing to Earth like a meteor, and attacking Native Americans. But it isn’t clear when this happens, or if time passed between Its crash-landing, and the arrival of humans. We learn a little more in the book, when Mike and Richie have a similar vision, which they place “a million years back, maybe, or ten million, or eighty million.” That’s still . . . a pretty big range of time! When exactly did It arrive? Was it around during the time of the dinosaurs? Does it only terrorize humans? Because Jurassic Pennywise sounds like a nightmare too.

Despite the fact that It can take on any form, this shape-shifter’s preferred look is that of a circus clown. It’s easy to speculate that It settled on the form when It discovered it was a useful lure for children, or that the inhabitants of Derry didn’t seem to raise questions about a wandering performer. But what was the original inspiration? Did It take on the look of a real-life person? This seems to be hinted at in “It Chapter Two”, when we glimpse an old photograph of Mrs. Kersh as a little girl, with a man who looks a lot like Pennywise - presumably her father. But we can only guess at the connection.

At the beginning of Chapter Two, the adult Losers return to Derry even though they don’t really know what’s going on. Reunited back in town, they tell Mike Hanlon that they don't remember what happened in the past. Stan, however, seems to remember everything, or at least enough that he "took himself off the board" so they’d have a better chance against Pennywise. His tragic suicide in the book and 1990 miniseries came about because he was so scared, even if he didn't know exactly of what, that he couldn't take it. But in 2019, he makes a calculated choice. How does he remember when all the others who left Derry forgot?

#4: How Is the Ritual of Chüd Supposed to Work?

The Ritual of Chüd is very different in the novel and the film … and neither are easy to wrap your head around. In the book, it’s a psychic battle of wills waged in the Macroverse, wherein Bill, and later Bill and Richie, have to bite Its tongue, then pit their optimism and imagination against Its fear and negativity. In the film, however, the ritual involves them burning tokens special to them and chanting “turn light into dark”. The goal is to contain It inside a special container. As it turns out however . . . the ritual has never worked before . . . and goes awry for the Losers too! So . . . how is it supposed to work? Does it work at all?

#3: Is Pennywise Gone for Good?

After the Ritual of Chüd fails, the Losers are left scrambling. But they finally manage to shrink It and rip out Its heart. But is it over? In the films, it seems that way – but it seemed that way when they were children too. In other Stephen King novels, there are hints that It survived. In “The Tommyknockers”, a character thinks he sees a clown in the Derry sewers. And in “Dreamcatcher”, a memorial plaque in Derry has been spray-painted with the words “PENNYWISE LIVES”. Worse, in the book and miniseries, It is pregnant, which means there could be a male of the species, and/or hatchlings that survived the Losers’ attack.

While we know a little bit about how It arrived on Earth, Its origins remain shrouded in mystery. In the film, as far as human understanding goes, It crash-landed on Earth a long time ago, making it essentially an alien from outer space. In the novel, it’s clarified that It actually came from a pace beyond our universe, the Macroverse. But the nature of this Void realm, which is also home to the turtle Maturin, remains enigmatic. And we’re left guessing at how, and why, It escaped or was cast out of its original home.

#1: What Are the Deadlights?

Depicted as orbs of eldritch light, the Deadlights are something of a mystery. They’re thought to be Its true form and Mike speculates that the Losers must trap and/or destroy them to free Derry. But other than that, the Deadlights and their power to hypnotize, kill, or induce insanity are left up to interpretation. Within the Stephen King Universe, the Deadlights are not just potentially sentient rays of energy, but also a tool to be harnessed, just as they are in “Insomnia” by the Big Bad of the multiverse himself, the Crimson King.
Comments ∧