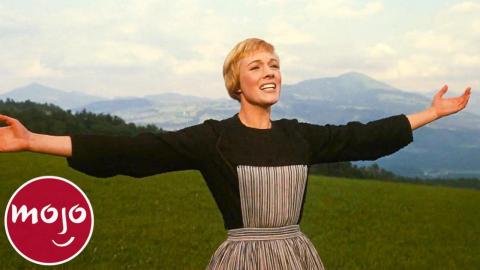 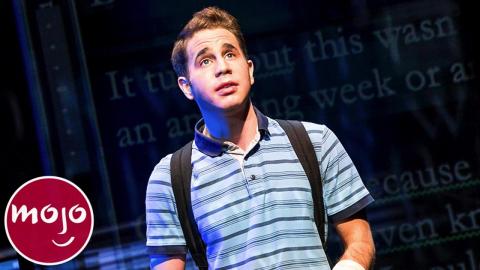 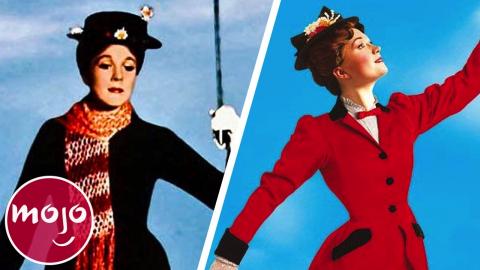 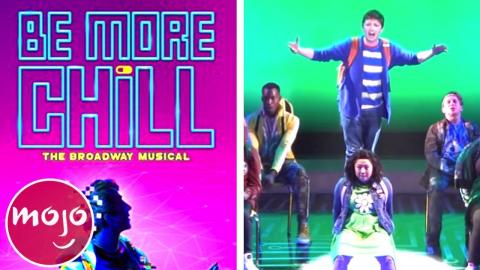 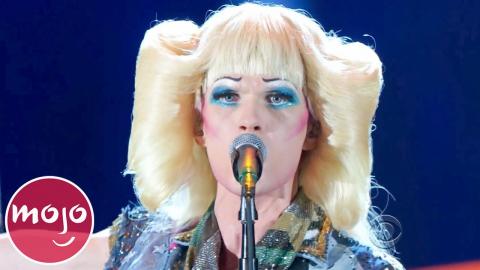 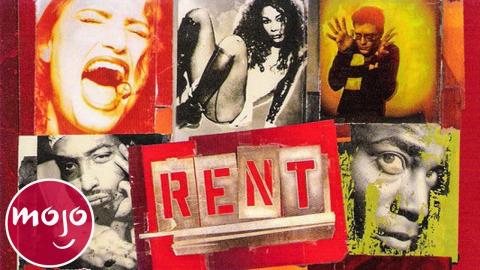 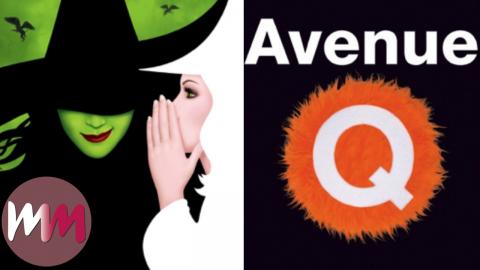 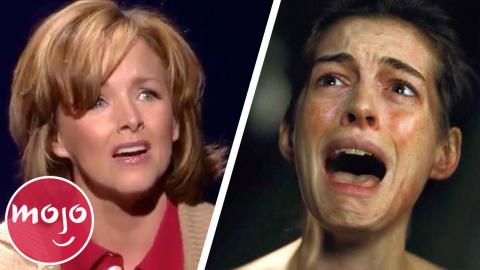 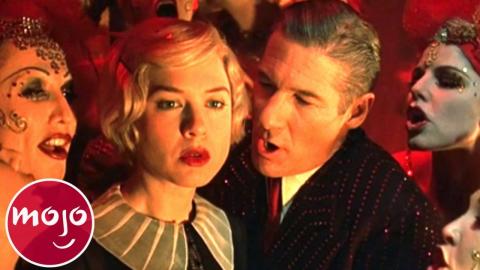 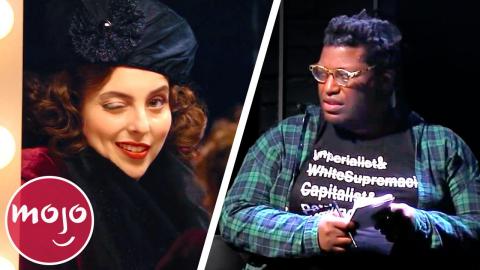 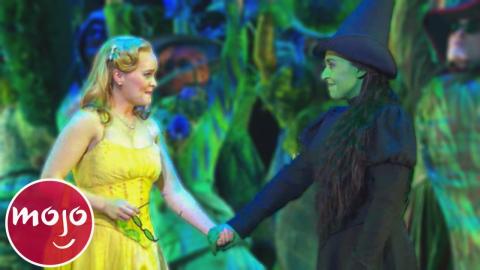 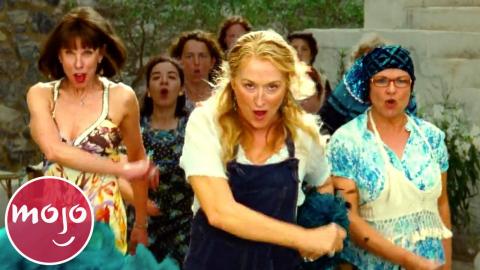 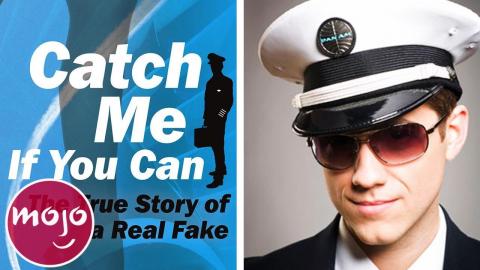 Top 10 Broadway Musicals Based On A True Story

VOICE OVER: Emily Brayton WRITTEN BY: Nathan Sharp
They really don't get much better than these classic musicals 1940-70s.
Transcript ∧

They really don’t get much better than this. Welcome to MsMojo, and today we’re counting down our picks for the top 10 greatest golden age Broadway musicals.

For this list, we’ll be looking at some of the greatest Broadway musicals that premiered during the Golden Age of Broadway, which is typically defined as the years between 1940 and 1970.


The idea for “Kiss Me, Kate” came about when then-future Broadway producer Arnold Saint-Subber witnessed the backstage fighting between acting couple Alfred Lunt and Lynn Fontanne. Saint-Subber approached similarly bickering couple Bella and Samuel Spewack to write the script, and they in turn hired Cole Porter to write the music. The result was “Kiss Me, Kate,” a brilliant story about a problematic musical production of Shakespeare’s “The Taming of the Shrew.” It was an instant success, running for 1,077 performances and winning a Tony Award for Best Musical. The original cast recording is now in the Library of Congress’s National Recording Registry, signifying its impact and influence on both Broadway and pop culture.


“Gypsy” is often considered to be an essential Broadway musical, and for good reason. The story is loosely based on the memoir of Gypsy Rose Lee, a burlesque entertainer and striptease artist that found incredible fame in the 1930s. It follows young Gypsy (renamed Louise), her sister, and her mother Rose, a signature showbiz mom. The character of Rose is one of the most popular in Broadway history, and her eleven o’clock number, Rose’s Turn, is often regarded as one of the finest showtunes of all time. Various critics have since called the production a “crowning achievement” of Broadway, and one critic in particular, Frank Rich, has called it “Broadway’s own brassy, unlikely answer to ‘King Lear.’” Now that’s some high praise!

#8: “A Funny Thing Happened on the Way to the Forum”


“A Funny Thing Happened on the Way to the Forum” is proof that some comedy never gets old. It is largely inspired by the works of Plautus, an ancient Roman playwright who lived between 254 and 184 BCE. As such, it features timeless pieces of comedy, including silly cases of mistaken identity and farcical slapstick, like door slamming. It was a huge success in its day, although the music and lyrics by Broadway legend Stephen Sondheim were not well received, and it was one of the only aspects of the production to not earn a Tony nomination. Then again, this WAS his first time writing music and lyrics for a Broadway play, so we can forgive that. Everyone has to start somewhere!


“Guys and Dolls” is based on the works of Damon Runyon, a short story writer who became famous for his tales of gamblers, hustlers, and gangsters. The musical opened at the 46th Street Theater in November of 1950 and eventually ran for 1,200 performances. It also won five Tony awards, including the coveted Best Musical. In short, it was a massive success, and it proved that there was a place in Broadway for more daring stories about unconventional heroes. It was so acclaimed that it was chosen as the recipient of the 1951 Pulitzer Prize for Drama, but this win was later vetoed due to writer Abe Burrows’ conflict with the House Un-American Activities Committee, a committee designed to investigate private citizens suspected of having Communist ties.


“Hair” originally premiered Off-Broadway in 1967 at the height of the sexual revolution and counterculture movement. It told a timely story involving a small group of bohemian hippies against the Vietnam War, conscription, and conservative America. But despite its rudimentary narrative, the musical broke a ton of new ground for Broadway - its rock score helped to give rise to the rock musical, it invited the audience onstage for the finale, and it featured a racially integrated cast. It also featured many controversial topics, themes, and content matter, including profanity, illegal drug use, open sexuality, and a graphic scene. It’s one of the most famous, and infamous, Broadway musicals of all time. It’s also one of the best.


When it comes to Broadway musicals, it doesn’t get much more famous than “West Side Story.” This musical was originally conceived by Jerome Robbins, who wanted to update “Romeo and Juliet” for modern audiences. His original proposal concerned the religious conflicts between hostile Irish Catholic and Jewish families in the Lower East Side of Manhattan. This eventually transformed into Puerto Rican and Caucasian gangs in the Upper West Side, hence the title. Like “Hair,” “West Side Story” broke new ground, earning praise for both its mature theme surrounding racial and societal issues and its complex and protracted dance sequences. Even though it lost the Best Musical Tony to “The Music Man,” it’s undeniably one of the all-time greats.


The roots of “Hello, Dolly!” can be traced all the way back to 1835 and a play titled “A Day Well Spent,” which was adapted by Austrian playwright Johann Nestroy. Nestroy’s work was then adapted by Thornton Wilder for his play “The Merchant of Yonkers,” which served as the basis for “Hello, Dolly!” Phew! Anyway, to this day, “Hello, Dolly!” remains one of the greatest and most memorable Broadway musicals. It made a star out of Carol Channing, its album reached number one on the Billboard chart, and it won a record ten Tony awards, a record it held for nearly forty years (it was beaten by “The Producers” in 2001). “Hello, Dolly!” is quite simply a masterpiece.


“Oklahoma!” was the first musical written by the iconic duo Rodgers and Hammerstein, who would go on to create such classics as “The King and I” and (xref) “South Pacific.” “Oklahoma!” was a roaring success when it premiered in 1943, running for a record-breaking 2,212 performances and winning a special Pulitzer Prize in 1944. This is in large part due to its innovation, as it is generally considered to be one of the first book musicals, and as such, a pioneer of Broadway’s Golden Age. It has since become one of the most performed and adapted musicals in history, including an Academy Award-winning film, an Olivier-winning revival in 1998, and a Tony-winning revival in 2019.


“The Sound of Music” is another Rodgers and Hammerstein classic, coming sixteen years after “Oklahoma!” Unfortunately, it would also be their last, as Hammerstein passed from stomach cancer only nine months after the premiere. But what a glorious send-off it was! While the movie is arguably more well known, the original Broadway production was incredibly well-received, running for 1,443 performances and winning five Tony awards, including Best Musical. Many of its characters are now icons, and its songs, including “My Favorite Things,” “The Sound of Music,” and “Do-Re-Mi,” have become Broadway classics. While it wasn’t as lauded or as long-running as “Oklahoma!,” we would argue that “The Sound of Music” has become far more iconic and integrated within the general pop culture consciousness.

Before we take a look at our top pick, here are a few honorable mentions.


At the time, “Fiddler on the Roof” didn’t seem like a Broadway blockbuster in the making. The play’s investors feared that the story was “too Jewish” to become profitable. Based on the works of a 19th century Yiddish author, Sholem Aleichem (whose real name was Solomon Naumovich Rabinovich), it tells a story set in the Pale of Settlement of Imperial Russia. Defying investor and media doubts, however, the show turned out to be a monumental success, and it is often considered the first successful post-Holocaust story to be centered around Eastern European Judaism. It ran for an unbelievable (and history-making) 3,242 performances, earning investors $1,574 for every $1 they had spent. It also went on to win nine Tony Awards and continues to be fondly remembered as one of the all-time greats.
Comments ∧