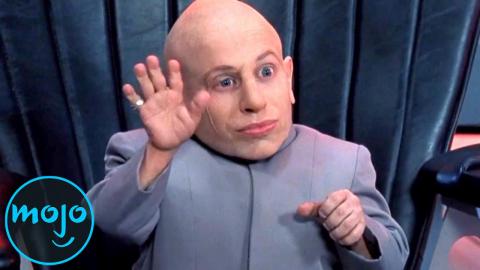 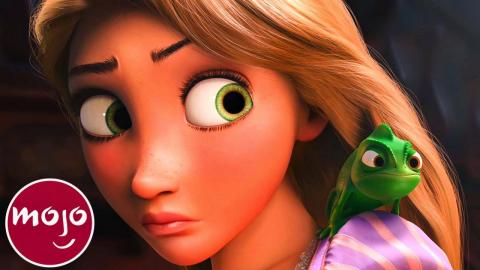 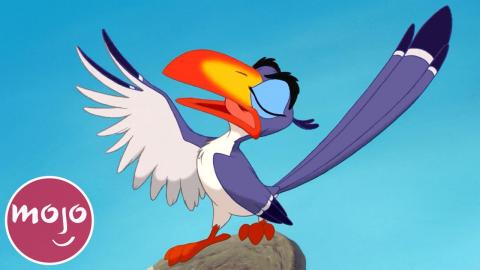 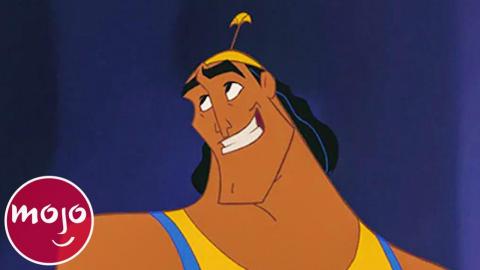 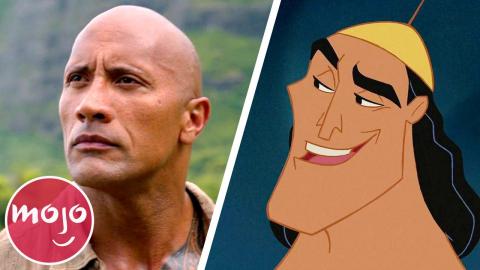 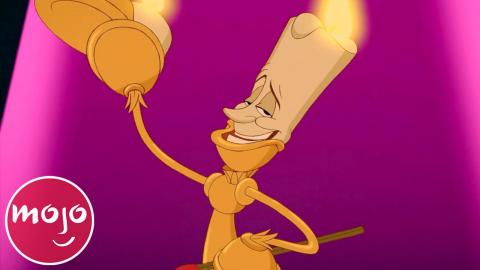 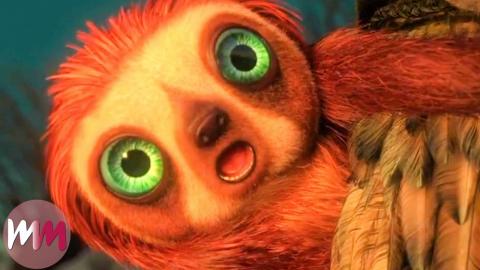 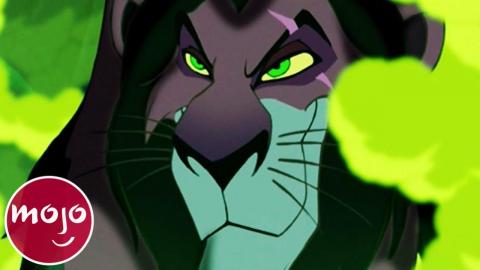 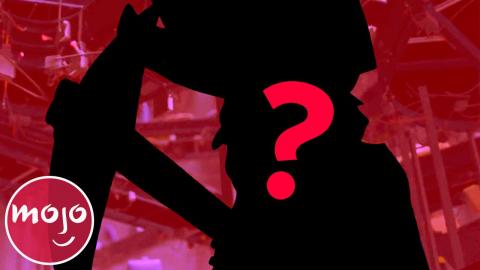 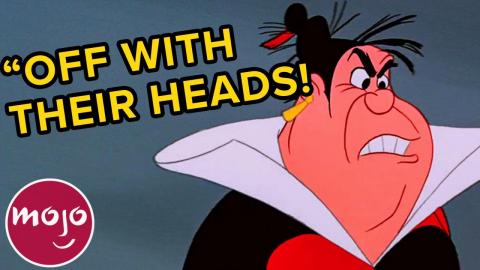 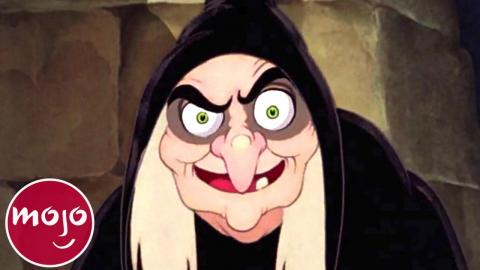 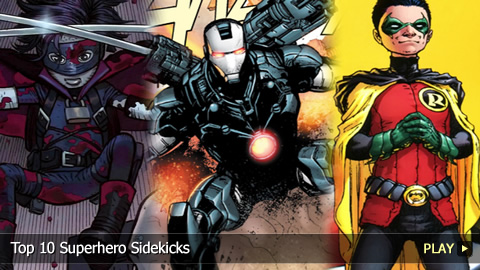 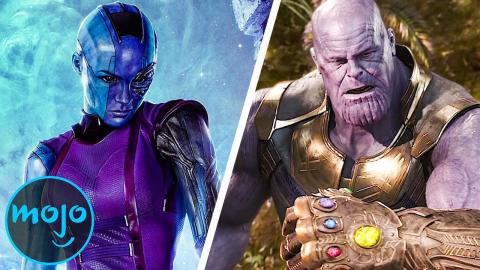 VOICE OVER: Phoebe de Jeu WRITTEN BY: Francesca LaMantia
Every villain needs a good sidekick! For this list, we're looking at the most entertaining and iconic right-hand men and women of on-screen baddies. Our list includes both animated characters like Iago from “Aladdin” (1992) and Bad Cop in “The Lego Movie” (2014), and live-action sidekicks such as Harley Quinn in the DC Universe (1939-) and Mike Ehrmantraut in “Breaking Bad” (2008-13). Who's YOUR favorite villain sidekick? Let us know in the comments!

Disagree with our rank? Check out the voting page for this topic and have your say! WatchMojo.comsuggest/+Top+10+Best+Villain+Sidekicks+
Special thanks to our users Pepper head, Tejroe, Andrew James, CuriousUserX90, and cloudynoxusdude1 for suggesting this idea!


A villain is nothing without their sidekick. Welcome to WatchMojo, and today we’ll be counting down our picks for the Top 10 Best Movie & TV Villain Sidekicks.

For this list, we’ll be looking specifically at the number two of villains from the big and small screens. While we’re going to try to exclude henchmen, minions and/or lackeys, we know that these terms may sometimes overlap, so we’ll try our best to stick to those sidekicks who are more of a right-hand man than an underling.


LeFou is the perfect second to Gaston. While Gaston values outer beauty and physical perfection, LeFou is short with crooked teeth, so one can assume the two are best friends because LeFou allows Gaston to always be the prettiest one in the room. He keeps Gaston's spirits up when he's feeling low, even singing an entire song about how awesome he is. In the original animated version, LeFou is equally as dark as Gaston, and is totally onboard for his plan to have Maurice committed and kill the Beast. However, he is humanized more in the live-action adaptation wherein he changes his ways upon realizing Gaston's true nature.

We were introduced to this logical, quick-tempered villain in the pilot of “Kim Possible.” As the sidekick to Kim’s arch-foe Dr. Drakken, she is actually quite different from the mad scientist who wants to take over the world in that she isn’t narcissistic and doesn’t lack empathy for others (or at least, she seems to care for animals). Instead of pursuing her own goals or dreams, she prefers to carry out the work of others. The physically fit martial artist is extremely smart and possesses an energy attack. But perhaps what makes her the most notable is that she also has depth, evolving from one of the series’ main antagonists to a character that saved our heroine’s life.


Dark sorcerers certainly seem to have an affinity for winged companions. Jafar's talkative parrot doesn't know when to shut up. He is always prepared to deliver a clever quip or a stinging remark in that iconic voice. Jafar may fancy himself a terrifying, all powerful sorcerer, but Iago is not scared of him. He has no fear in using his big mouth to verbally assault his boss. His sarcastic personality and the hilarious back and forth between Iago and Jafar is one of the best parts of the animated movie; and though Alan Tudyk does an admirable attempt in the live-action flick, it’s really no contest when we consider Gilbert Gottfried’s unforgettable efforts.

Similar to how LeFou’s presence bolsters Gaston’s ego, Lex Luthor probably keeps Otis around so he can always be the smartest guy in the room. Otis is Luthor's dumb and bumbling sidekick. He is pretty much useless except to make Luthor look and feel better in comparison and provide some comic relief in the movie. He is all too thrilled to participate in Luthor’s plan to destroy the west coast, as long as he can get a city in Luthor’s new west coast, appropriately named, Otisburg.


Mr. Smee is the closest thing to the mother Captain Hook never had. He is the first one Hook comes running to when he has a problem. Like any sidekick worth their salt, Smee is deeply loyal to the captain, and does things no respected first mate should ever be asked to do. He takes care of Hook, doting on him hand and foot, and is the only one who can protect him from his bully, the crocodile. Though Smee serves the most ruthless pirate on the sea, he is actually a big old softy on the inside.

Setting aside any comparisons that may come to mind to “Pulp Fiction”’s Winston Wolf, let’s treat this ex-Philly cop as his own man. Played by Jonathan Banks, Mike does double duty working for drug kingpin Gus Fring and sometimes attorney Saul Goodman throughout “Breaking Bad.” As a cleaner, hitman and PI, along with his previous experience in law enforcement, he was extremely useful to the men who hired him. He has a scheming mind and is ready to kill if asked, but also has a bit of a human side to him, which is shown when he tries to make an effort to leave the innocent out of the illegal things he is tasked to perform.

Debuting in the 1992 superhero animated television series that was the first entry of the DC animated universe, Harley Quinn grew out of what was initially conceived to be a bit part into the most well-known sidekick and love interest of the Joker. The psychiatrist meets Batman’s archenemy while working at Arkham Asylum and falls deeply and incomprehensibly in love with him despite his constant maltreatment of her. Whether or not you think she’s as crazy as he is, there’s no doubting the value Harley places in loyalty. Meanwhile, her expanded role in the comics and in live action films demonstrate how the character has grown and become ingrained into Batman’s rogues gallery.


Who could make a better sidekick than, well, yourself? Dr. Evil's clone is super strong, a ladies man, and a loyal confidante dedicated to taking down the supervillain’s worst enemy, Austin Powers. His diminished size only means that his strength is concentrated, which can be seen anytime he beats the hell outta Austin Powers with very little effort. Just as powerful as his bite is his bark. He can’t speak, but who needs to when you’ve got animated facial expressions and perfectly timed notes to do your talking for you?


Kronk is the dimwitted second to Yzma, who plans on killing Emperor Kuzco and taking his throne. Though his loyalty is unwavering, his resolve to Yzma's plan is not quite as unflinching. He has a moral compass that makes him doubt his villainy and is easily distracted. His mishaps, and goofy personality, cause hilarious hiccups in the plan that always seem to be at Yzma’s expense. Ironically, his obscure talents that drive Yzma crazy, such as his ability to speak Squirrelese, are exactly the things that help move their plan forward. This lovable character is such a fan favorite, he literally stole the show in the sequel, “Kronk’s New Groove.”


He may have become the original “Star Wars” trilogy’s main antagonist, but he was the sidekick of Emperor Palpatine before that. As Anakin Skywalker, Darth Sidious convinced the ex-Jedi to turn to the Dark Side and become his Sith apprentice. The now newly named Darth Vader goes on to do Palpatine’s bidding for over 20 years, which includes killing fellow Sith Lords and Jedi members. It’s not until Vader comes face to face with his son that the cyborg realizes the error of his ways, prompting him to turn on his Sith master in order to save Luke and redeem himself. Now if that’s not one of the most iconic and tragic sidekick stories ever, then we don’t know what is!