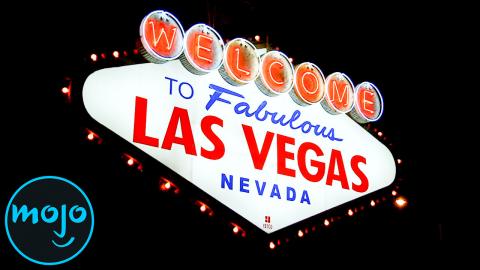 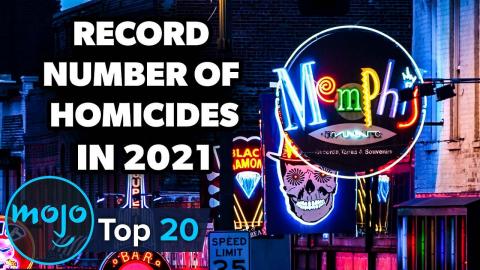 Top 20 Most Dangerous American Cities To Live In 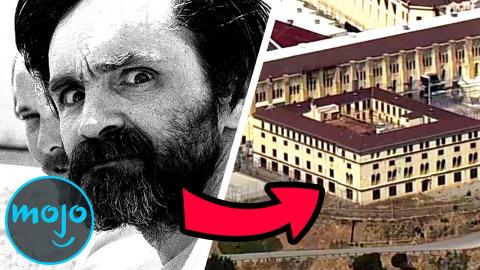 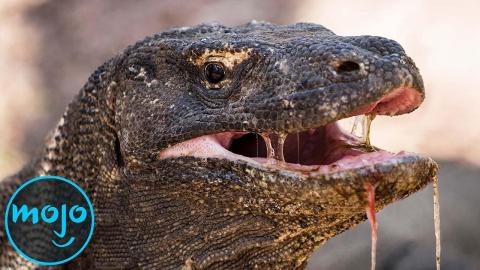 Top 10 Most Dangerous Reptiles on Earth 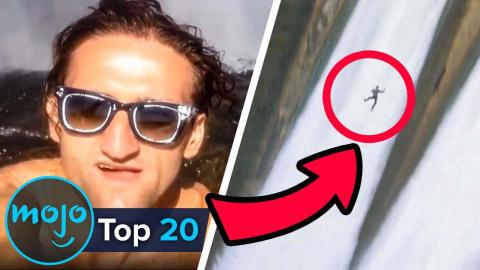 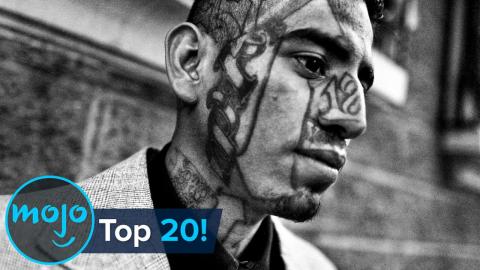 Top 20 Most Dangerous Real-Life Gangs in the World 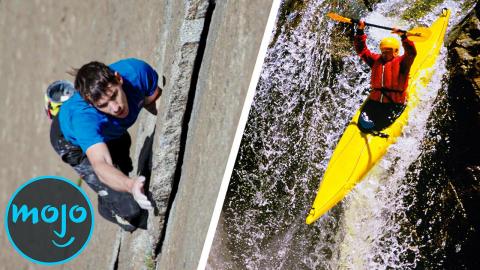 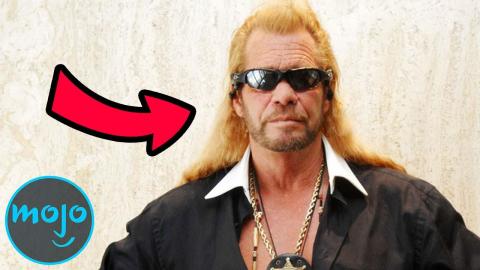 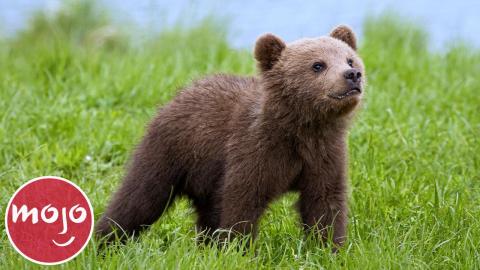 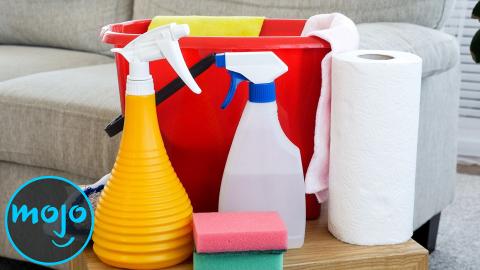 Top 10 Surprisingly Dangerous Things You Have in Your Home 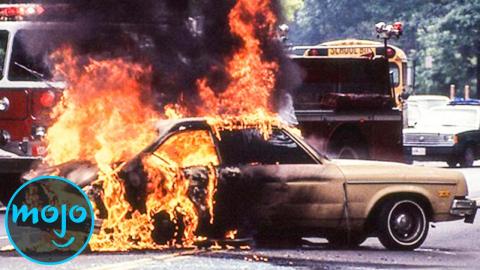 Top 10 Most Dangerous Cars Ever Made 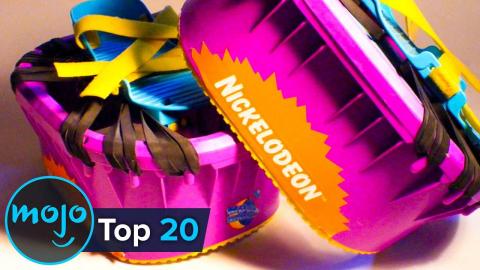 Top 20 Most Dangerous Toys Ever Made 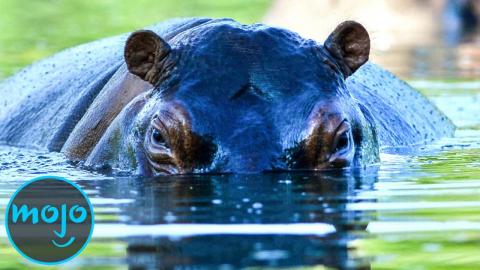 Top 10 Most Dangerous Animals In Africa

VOICE OVER: Phoebe de Jeu WRITTEN BY: Owen Maxwell
Just because you call it home doesn't mean it's safe. We're looking at the riskiest states in America to live in based on reported crimes to local law enforcement and the FBI, from Arizona, to South Carolina, to Missouri. WatchMojo counts down the Top 10 Most Dangerous States In The USA.

Special thanks to our user boxtroll for suggesting this idea! Check out the voting page at WatchMojo.comsuggest/Top+10+Most+Dangerous+States+In+The+USA.
Transcript ∧


Top 10 Most Dangerous States In The USA


Just because you call it home doesn't mean it's safe. Welcome to WatchMojo.com and today we're counting down our picks for the Top 10 Most Dangerous States In The USA.

We're looking at the riskiest states in America to live in based on reported crimes to local law enforcement and the FBI. We're basing our picks on reported theft and robbery statistics, as well as therate of violent crime that makes each state more difficult to inhabit.

If you can bear the heat of Arizona, you'll quickly realize you're in one of the most crime-ridden states on the West Coast. There's one aggravated assault every 30 minutes in the Grand Canyon State, and a violent crime occurs roughly every 19 minutes. Property crimes aren't much better, as they happen around every two-and-a-half minutes. As one of the worst states for robbery in the country, Arizona saw nearly 18,000 cars stolen and close to 37,000 homes burgled in 2016 alone. Though the state has an impressive 339 law-enforcement workers per 100,000 citizens, numbers haven't changed much.

Year after year, South Carolina has had enough crime to regularly surpass the national average excessively. In 2016, South Carolina saw over 24,000 violent crimes, 366 of those being murders. ThePalmetto state has about 185,000 crimes overall per year, most of which come from the shocking 160,000+ property crimes. Myrtle Beach might seem like a good vacation destination, but it's also often home to over 3,000 larceny thefts per year. In fact, the state has even seen a slight increase in crimes over recent years, and the state’s crime rate is 37 crimes for every 1,000 residents.

Violent crime has been a persistent issue in Missouri, and has actually risen within the state in recent years. There were more than 500 murders across the state in 2016, with 129 in Kansas City alone. St. Louis has often been touted as one of the murder capitals of America, and it saw 188 murders in 2016 itself. Missouri sees over 200,000 felonies annually, and its 32,000 violent crimes in2017 are abnormal given its other crime rates. Human trafficking rose to 29 reported incidents that year, and 107 hate crimes also occurred. With no sign of improvement, you shouldn't start a fight in Missouri.

Despite descending crime rates in recent years, Alabama still sees more than its share of felonies. With about 70 violent crimes reported per day, you have a 1 in 200 chance of being a victim. Homicides rose to about 400 in 2016, giving the Yellowhammer state one of the highest murder rates in the country. 2016 also saw 790 adults imprisoned per 100,000 Alabama residents. Birmingham alone sees over 1400 violent crimes per 100,000 people, in large part due to the drug trade. As assault cases also rise in Alabama, it might not be the sweetest state to call home.

With Memphis regularly making headlines for murders, Tennessee has continuously reigned as one of the most violent states in America. Tennessee sees over 40,000 violent crimes a year, putting it well above the national average. Sadly, just over 2,700 rapes occurred in the state in 2016, amounting to around seven per day. Memphis made up almost 200 of Tennessee's nearly 500 murders in2016, and a low of 49 homicides is considered a good year for the city. Tennessee isn't great for families either, as it also saw over 400 counts of animal cruelty and more than 90,000 drug charges in2017.

Thanks to its massive tourist draws, criminals have found a playground across the state of Nevada. With all the casinos in Las Vegas and Reno, the Silver State sees the majority of its crime take place between these two municipalities. Nevada sees a larceny every 12 minutes, which amounts to around 43,000 cases a year. Though it's a hotbed for robbery, the state also sees a murder every 1.5 days. Retiring or vacationing to Nevada later in life is dangerous as well, with more than 8,000 crimes against the elderly committed in 2016. For your next vacation, be sure to be extra careful inNevada.

Motorists beware: Arkansas is the last state to leave your car unattended. Though Arkansas's crime rates rest narrowly below other high-risk states, it was home to 6,800 motor vehicle thefts in 2017 alone. If your entire car wasn't stolen, there's a chance you experienced one of the 12,000 thefts from a vehicle. Needless to say, car alarms are a must in Arkansas. In addition, 144 million dollars worth of property was stolen in the state in 2017, and less than a third of that was recovered. Little Rock itself made up 22 million of that total, and the city saw 55 murders in 2017.

Even with its wealth of music and art, Louisiana has held onto the highest murder-rate in the United States for 28 years running. Over 500 murders took place in the state in 2016, amounting to almost 12 homicides for every 100,000 citizens. The police force has it just as bad, since more than 40 officers have been killed there in the past decade. Cities like Alexandria and Houma-Thibodaux have seen abnormal rises in violent crimes, while Monroe leads the nation with an 85 per cent increase in that category over five years. Though theft has actually gone down recently, consistent violence and hate crimes keep Louisiana dangerous.

'Breaking Bad' makes drugs seem like the major issue in New Mexico, but it turns out they actually lead America in property theft. With close to 82,000 property crimes in 2016, the so-called Land Of Enchantment sees 3,900 thefts per 100,000 people. Albuquerque contributes about half of this total and is home to the majority of all other crime in the state. The city also saw 61 murders in 2016, including several children. Despite its relatively low population density, crime is also rising on almost all fronts in New Mexico.

With few places to live throughout Alaska, most towns there have elevated levels of crime. Alaska is widely considered as America's most dangerous state, with 804 violent crimes per 100,000 people. The overall crime rate rose by six per cent in 2017, while the state has been lacking enough prosecutors to carry out sentencing. Property crime has hit record highs in Anchorage, which saw 45 million dollars in property stolen in 2017. Police have also noted defensive behavioral changes in their communities due to high levels of gang and unorganized criminal activity. As violence rises inAlaska, the cold and wildlife almost seem welcoming.