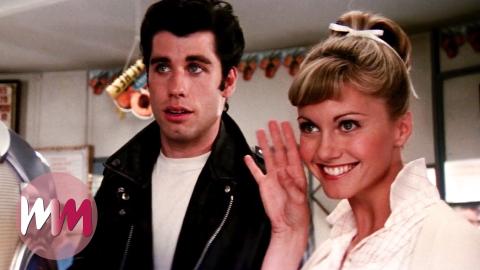 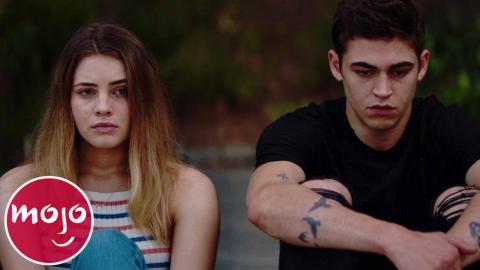 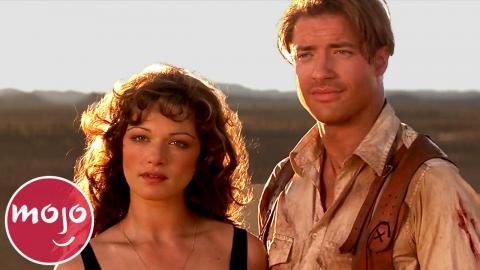 Top 10 Most Underrated Movie Couples of All Time 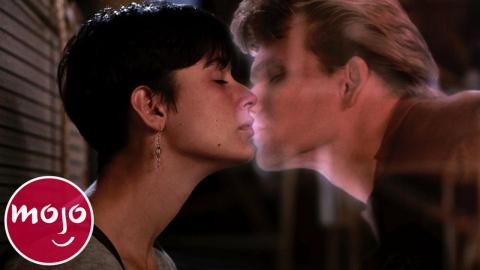 Top 20 Most Romantic Movie Couples Ever 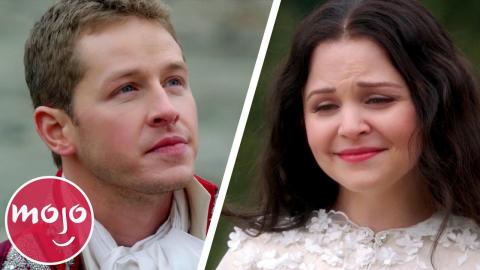 Top 20 Actors Who Fell in Love on Set 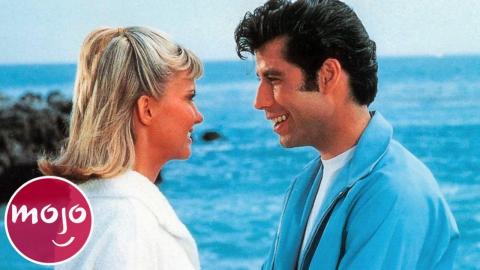 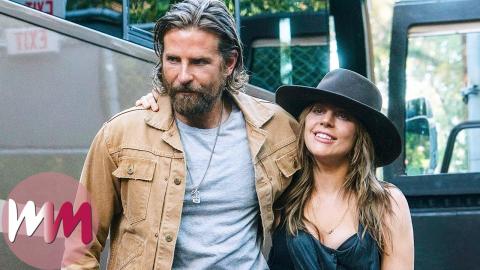 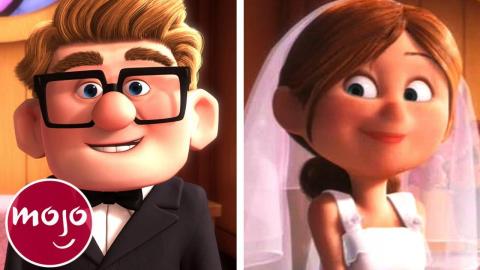 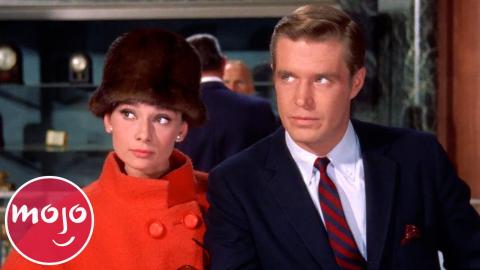 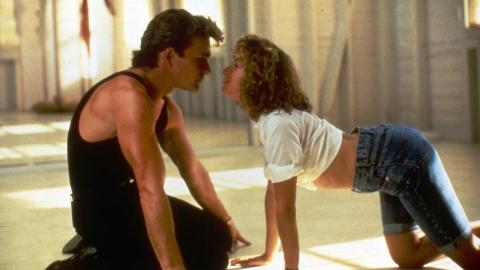 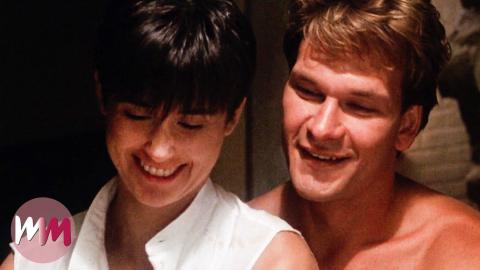 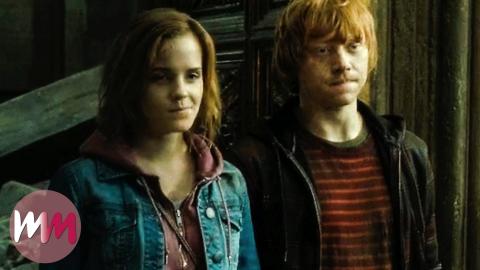 These bad boy good girl movie couples are iconic! We've included Jacob and Hannah from Crazy, Stupid Love, Jamie Sullivan and Landon Carter from A Walk to Remember, Tyler Gage and Nora Clark from Step Up, John Bender and Claire Standish from The Breakfast Club and Danny Zuko and Sandy Olsson from Grease!

They say that opposites attract, and these couples definitely prove it. Welcome to MsMojo, and today we’ll be counting down our picks for the Top 10 Good Girl Bad Boy MovieCouples.
For this list, we’ll be looking at big screen romances, relationships and/or pairings that include male characters who aren’t solely from the “wrong side of the tracks,” but could just not be living a conventionally squeaky clean lifestyle or can be considered bad influences by many, with female characters who aren’t necessarily the complete opposite, but are at least different from who they’re with. We’re also ony looking at only live-action couples, and leaving animated pairings for another day.

Jacob is one of those guys who thinks he’s all that. He’s got looks, can sweet talk, and brings home what seems like a different woman every night. At least one gal sees through his shtick to the womanizer that he really is. Hannah, a law school graduate, thinks she’s with the man of her dreams, but when she gets her heart stepped on, she goes back to Jacob, because well...look at him. But that night, they realize that they might have a real connection. It’s hard for others to see it at first, but she has a good influence on him, and it’s enough to make him a one girl kind of guy.

One of the popular kids, Landon has barely noticed the minister’s daughter, Jamie Sullivan, despite having known her since childhood. She’s considered a weirdo for her modest outfits, and lack of makeup and when she offers to help him learn lines for the school play, he worries that associating with her will ruin his image. But the more time they spend together, the more their friendship, and feelings for one another grow. They begin to date, but when he wants to talk about the future he is devastated to discover she has leukemia, and the prognosis is not good. He ends up a better person for having known her, despite their star-crossed paths.

Sutter Keely is a classic party animal whose actions are starting to catch up with him. After a night of drinking, he wakes up on Aimee Finicky’s front lawn, and things begin to change for the better. Although he’s seen her in classes, he never knew her name. They start spending time together, and Sutter realizes she is taking on more responsibility at home than she ought to because of a layabout mother. They begin to open up about their personal troubles, finding solace in each other. While Sutter is bogged down by his own personal demons, Aimee helps him to challenge them.

After a little breaking and entering, and doing serious damage to a local art school’s theater, Tyler Gage must complete 200 hours of community service at the school. While there, he encounters Nora Clark, a dancer who is getting ready for her senior showcase. When her partner is injured, Tyler offers to step in. She is reluctant at first, but after seeing his moves, reconsiders. At first they don’t get along, but as they dance, teaching one another their styles, a bond begins to grow. Despite their struggles and disagreements, they perform together, with Tyler eventually realizing he needs to turn his life around.

Troy is a struggling musician who is unable to hold down even minimum wage jobs and is barely staying afloat. Lelaina is at the top of her classes at university, graduating as valedictorian, and dreams of being a filmmaker. Despite a mutual attraction, they have trouble truly expressing those sentiments as their lives lead them down rocky paths. Even when they finally come together, it seems that Troy has blown it, and it isn’t until faced with the death of a loved one that he understands how short and precious life is.

Sebastian Valmont, initially, can be described in two words: The Worst. He is depraved enough to even make his shrink give up on him. He sees women as sexual conquests and nothing more. So when he challenges himself to corrupt the literal poster girl for chastity, he feels he is more than up to the task. What he didn’t count on was for Annette Hargrove to be so level headed. She’s well onto his game, and knows all about him and his womanizing ways. But as they get to know each other, not just as prey and prize, but as real people, they find that they’re actually a perfect match.

We could never forget about you two! At first if seems that the kids in detention at Shermer High School have nothing in common, but none so much as the Princess, Claire Standish, and the Criminal, John Bender. Claire is popular and perfect; Bender is a trouble maker with abusive parents. But as their time in detention wears on, Bender challenges Claire’s ideas of perfection and why she feels the need to impress others. She begins to see that people are more than just the labels they are given. By the end, there is a growing attraction between them, and it’s clear that they both see each other for who they really are.

Bianca Stratford’s father will only let her date if her antisocial sister Kat does too. She tries to arrange for someone to ask her sister out. The logical pick is Patrick, a known badboy at school. When Patrick refuses, they offer to pay him to do so. It’s not easy at first, but Patrick eventually learns more about Kat in order to woo her. They go to a party, and from there begins their on-again/off-again relationship. At first only doing it for cash, Patrick’s feelings grow, as do Kat’s. All is nearly ruined, however, when Kat learns of the original deal…but of course, this story has a happy ending.
…

While vacationing with her family in the Catskills, Frances "Baby" Houseman begins crushing hard on the resort’s dancing instructor, Johnny Castle. At a secret staff party, Baby is shocked (and intrigued) to see the type of dancing they do after hours. When Johnny’s dance partner, Penny, needs an abortion, it’s suggested that Baby replace her. Johnny is skeptical, but agrees and Baby begins to improve. There are many complications along their road, but when Johnny leads her to the stage for the final show, they’re not the only ones having the times of their lives.

Their brief romance was intense, but when summer ended, Sandy and Danny thought they’d never see each other again. To both of their surprise, they wind up at the same high school in the fall. But while Sandy is still the sweet young lady she’s always been, she shocked to see that at school Danny is a totally different person. A greaser, and leader of the T-Birds, he acts like he’s too cool for her. Once he realizes how he’s made her feel, he tries everything to win her back. By the end of the school year, Sandy understands that relationships are about compromise, and that maybe she could use a change too.