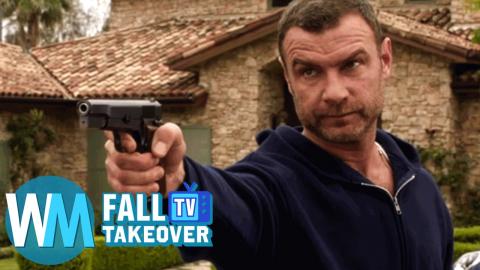 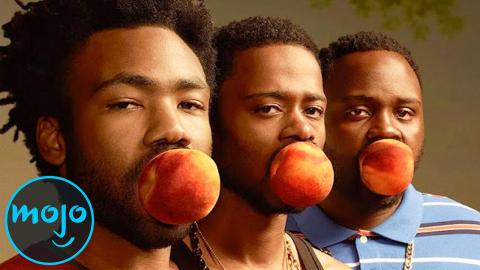 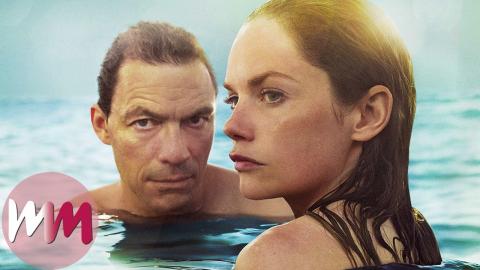 Top 10 Underrated Current TV Shows You Should Be Watching 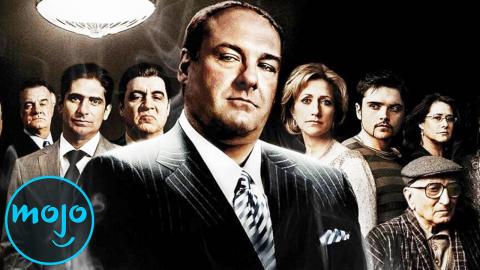 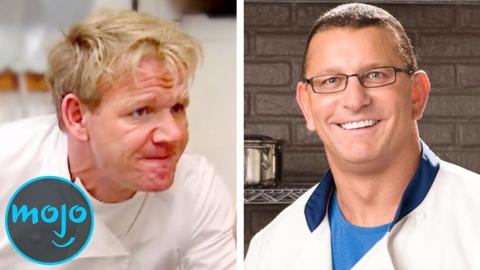 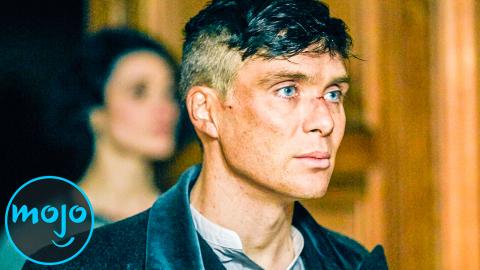 Top 10 Smart Shows that No One is Watching 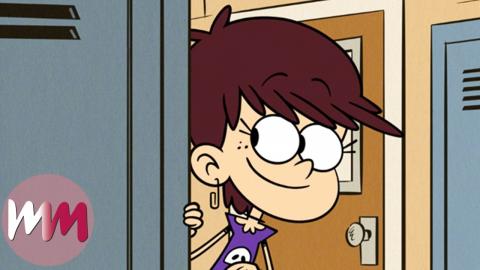 Top 10 Animated Shows You Should Be Watching 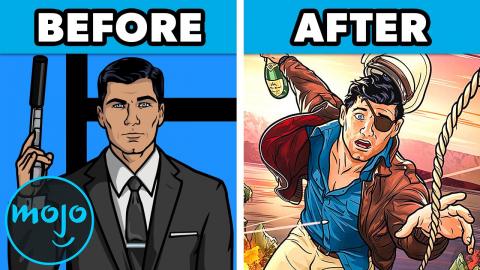 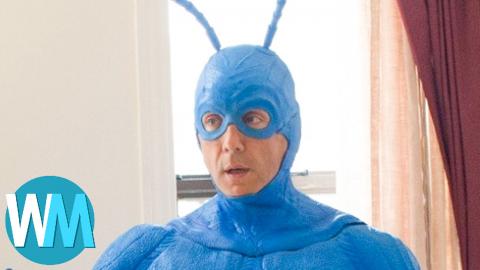 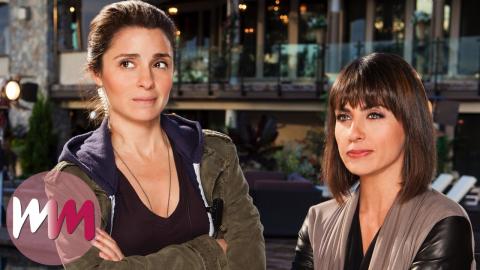 Top 5 Reasons You Should Be Watching UnREAL 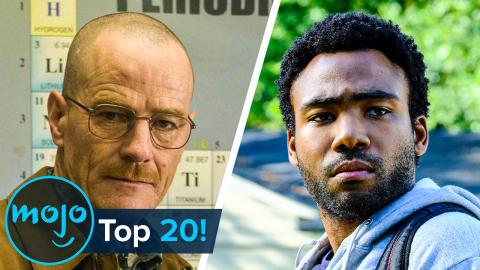 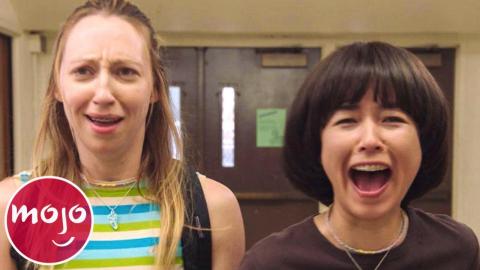 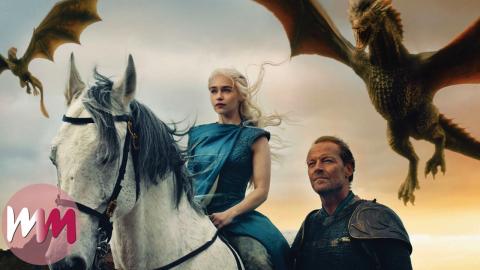 So you think you know TV? Welcome to WatchMojo.com, and today we're counting down our picks for the Top 10 Best TV Shows No One Is Watching.

For this list, we're looking at critically acclaimed shows that haven't really found a large mainstream audience, and are more often than not, underrated.

So you think you know TV? Welcome to WatchMojo.com, and today we’re counting down our picks for the Top 10 Best TV Shows No One Is Watching.

For this list, we’re looking at critically acclaimed shows that haven’t really found a large mainstream audience, and are more often than not, underrated.

You might think classical music is for the old and the boring, but this Amazon original proves it can actually be fun and fresh and relevant for the modern world. With a whole heap of drama, intrigue, and competition, the web series sees tensions running high between new conductor, Rodrigo, and the maestro he replaced, Thomas. Meanwhile, other characters like oboist Hailey pursue their dreams of joining the New York Symphony and find themselves dragged into the turmoil that is Rodrigo and Thomas’ power struggle. But with its playful take on classical music and its ability to take Mozart to the streets of New York, this show is well worth committing to.

The future of the human race is grim. People have colonized the solar system, and each new colony only has its own interests in mind, leading to an intricate game of politics between Earth, Mars and the Belters, who are natives of the asteroid belt clamoring for the same rights as everyone else. Meanwhile, a small crew on a freighter and a police detective in the belt begin to unravel a huge conspiracy that threatens to thrust Earth and Mars into war. With some of the best visual effects on television, and storytelling to rival “Game of Thrones,” this series has the makings of one of the greatest, most well thought out science fiction shows of the early 21st century.

In this web series, two aging men run a Brooklyn bar, which is stuck in the old traditions of its early days back in 1916. Coming from Louis C.K. we expect nothing less than brilliance from this show, and it delivers. Not unlike the black comedy “Baskets,” which Louis C.K. co-created, this show is part comedy, part tragedy, part drama. But “Horace and Pete” also presents debates about current affairs, making it almost philosophical. It especially makes us think because none of the people involved with the bar do it out of love, and therefore they have to navigate their relationships with their job as well as one another, all while struggling with mental illness, love, and family.

It’s hard enough living with other people without those people being your sister and her husband. When several adults live together, the real trouble is trying to avoid stepping on each other’s toes. But watching other people trying to keep their marriage together has never been so entertaining thanks to the comedy-drama “Togetherness,” which blends self-deprecating humor with some serious issues. Everyone has their own thing going on and their own struggles, but as it turns out, there’s nothing that brings people closer than living together under the one roof. But, despite that relatable premise and critics’ love for the show, its viewership as weak so it was cancelled by HBO after two seasons.

If you think the things that make it onscreen for reality shows are entertaining, prepare yourself for what happens when the cameras aren’t rolling. Inspired by creator Sarah Gertrude Shapiro’s real life experiences working on “The Bachelor”, “UnREAL” gives us a look at what happens when producers, show runners and camera people inevitably clash, and how all of these things spill over into the drama of the show they’re trying to create. It’s funny, it’s heartbreaking, and sometimes it’s downright horrible, but it’s also some of the best TV drama to ever grace the small screen.

If TV’s taught us anything about the legal system, it’s that not everything is resolved inside a courtroom. In fact, a whole lotta things happen outside those four walls, away from the eyes of judge and jury - and not all of it is legal. Ray Donovan is what’s known as a ‘fixer’: he goes to extraordinary lengths to bribe, threaten and blackmail so that the clients of his law firm get the results they want. Spanning multiple genres and tones, the show features Liev Schreiber as the titular Donovan and boy does he do the character justice. He also keeps us intrigued and in suspense every step of the way, making this a totally binge-worthy show.

Ever wanted to see a period drama crossed with a medical show? From some of the same executive producers that brought us “The Girlfriend Experience”, “The Knick” fills that gap as a fictionalized version of New York’s Knickerbocker Hospital in the 1900s. Clive Owen portrays a flawed doctor juggling multiple drug addictions as well as his career, while André Holland must carve a space for himself among the all-white hospital staff, despite being better qualified than all of them. With themes that are as relevant today as they would’ve been in the 1900s, “The Knick” delivers thought-provoking television that might make you cringe, might make you cry, but will definitely keep you watching.

Being a writer is a momentous task. In this TV drama, it’s while struggling to pen his second novel that Noah Solloway meets and begins an affair with a waitress named Alison Lockhart. While Solloway is happily married, he’s reliant on his father-in-law’s money and hates it. Meanwhile Lockhart is trying to repair her relationship with her husband after the death of their child. As it happens, these two damaged people are drawn together. Thanks to some of the most creative storytelling we’ve ever had the pleasure of seeing on TV, “The Affair” is a compelling drama about desire, marriage and hidden truths.

History remembers the Cold War as a terse stand-off between the USA and Soviet Russia. For those who served in the intelligence services for either nation, this was the day to day reality. This period drama follows the Jennings family, who are definitely not who they seem. Elizabeth and Phillip are Soviet sleeper agents living on American soil that are waiting to be activated. When that time comes, the show really kicks into gear and promises to be unlike any serialized spy thriller you’ve ever seen. And yet, despite the Cold War background, it never ceases to remind us that – at its core – it’s a show about the difficulties of family.

Before we unveil our top pick, here are a few honorable mentions:
- “Fleabag” (2016)

There’s no shortage of great shows on the air, but few of them can compare to “The Leftovers”. Based on a book by the same name, it quickly became one of the most well-crafted shows to hit television in the mid-2010s. It follows the lives of the Garvey family three years after 2% of the Earth’s population has mysteriously disappeared. It’s an event that throws the world into turmoil and results in the rise of various cults. Despite multiple seasons and multiple location changes, the show never runs out of steam. Thought provoking and unpredictable, it delves deeply into the psychology of those who lost people they loved, as well as those who were left behind.
Comments ∧