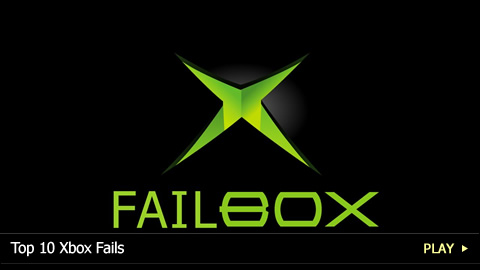 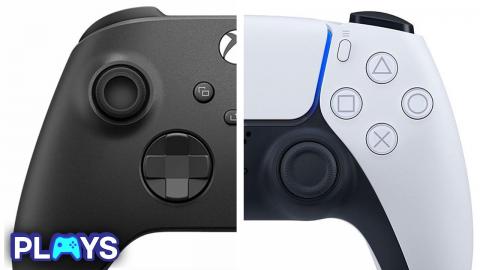 How The PS5 Destroyed The Xbox Series X 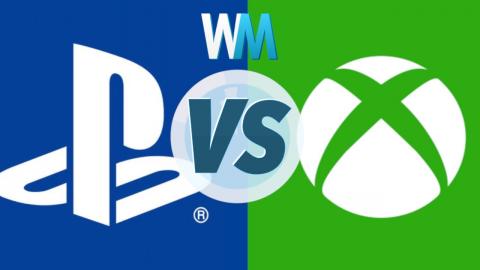 Xbox One Vs PS4! Which is the Best Console? 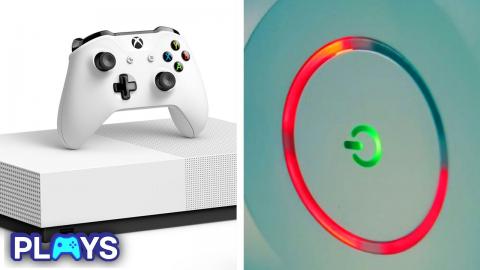 The 10 Worst Things Microsoft Has Done As A Gaming Company 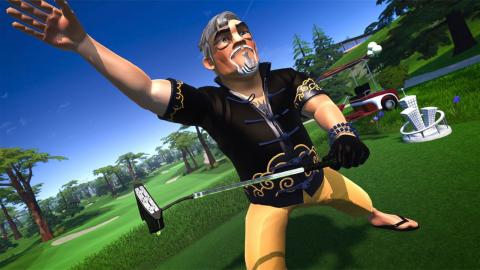 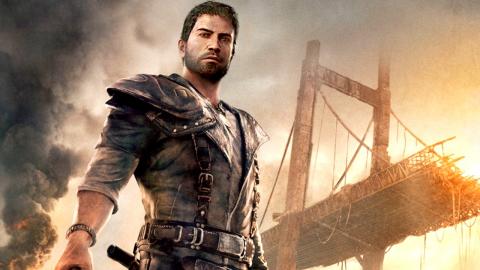 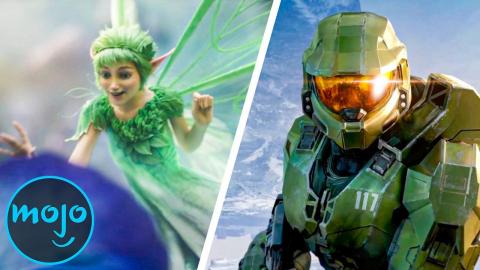 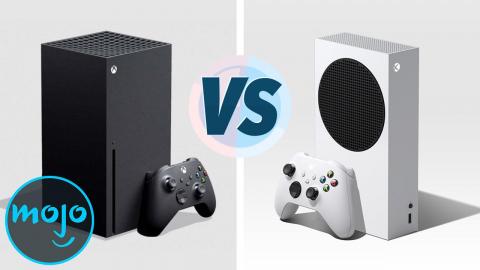 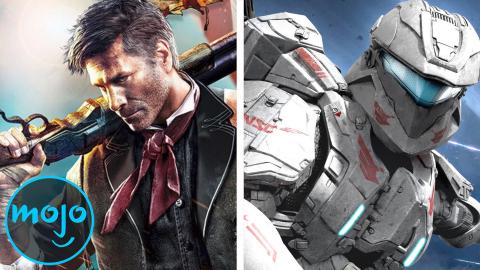 Top 10 Best and Worst Free Xbox Games with Gold EVER 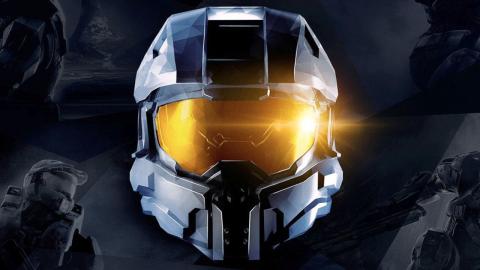 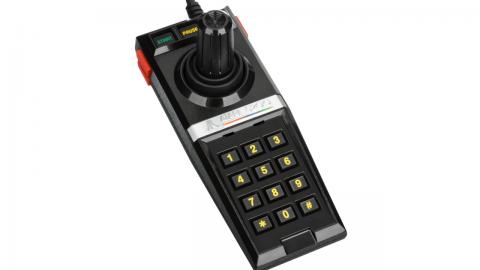 You'd better hope Bill Gates doesn't hear about this! Welcome to http://WatchMojo.com and today we're counting down our picks for the Top 10 Xbox FAILS.

Special thanks to our user “Demonic King of Didd” for suggest this topic using our interactive suggest tool @ http://WatchMojo.comSuggest

Even the biggest companies in the world get some things wrong. Welcome to WatchMojo.com, and today we're counting down our picks for the top ten Xbox fails.

For this list, we're looking at those business decisions, products, or general fail-ery that were major disasters for the Xbox brand. To be clear, we're only including Xbox related fails here, not Microsoft as a whole.


In this day and age of smartphones and tablets, companies are always trying to create the new “it” application. Enter the SmartGlass, a kind of neat yet completely irrelevant and unnecessary addition to your gaming life. Not only are the features kind of lame and boring, but many games and movies also didn't utilize the technology to its fullest potential, so customers who actually purchased the app were left with an extremely limited selection of compatible titles. While it's definitely not as much of a fail as the others, it's still an easily-forgotten app that Xbox could have done without.


The Xbox 360 was originally shipped in two configurations: the Core and Premium packages, priced at $299 and $399 respectively. The core version appeared exactly as advertised, as it lacked many major accessories like a headset, wireless controller, and combination AV cable, which forced players to play in SD at a time when HD was blowing up. It was also missing a hard drive, which were sold separately for outrageous prices. When all the necessary accessories were purchased, you were out more money than if you were to just buy the Premium. The entire situation reeked of a marketing ploy to be able to advertise the new console at $299.


Controllers are a pretty important facet of the gaming experience. We mean, it's what you'll be holding for the next couple of hours, so it better be comfortable. Enter this beast, which is pretty much the exact opposite of comfortable and practical. This controller is just a fail on every conceivable level, from the uncomfortable joysticks to the slanted colored buttons and unreachable secondary buttons. Not only is it impractical, but it looks ugly as hell, with a drooping middle portion and a humongous Xbox symbol smack dab in the middle, just to remind you what console you're playing in case you forgot.


Microsoft clearly didn't learn from Sony's pricing blunder last generation. While the Xbox 360 initially dominated the seventh generation due to its more attractive price tag, the opposite was true for the eighth. The Xbox One was originally sold in a single package which contained the console, a controller, a 500 GB hard drive, and a Kinect, ugh, for $500. Due to the inclusion of the Kinect, the Xbox One was priced $100 more than the PS4, and sales were significantly hindered as a result, as everyone flocked towards Sony. Once Microsoft dropped the Kinect and the price, sales shot up, and the Xbox One is continuing on its upward trajectory to this day.


While Sony may have flubbed the pricing of the PS3, they definitely got one thing right, and that was the inclusion of the blu ray player. At a time when blu ray and HD-DVD were butting heads, Sony and Microsoft took opposing sides in the HD race, and...well, you don't see HD-DVDs anymore, do you? It wouldn't be so bad if the HD-DVD player was actually included with the 360, but no, consumers had to purchase it separately for $200 and attach it to the 360, making it look like a Franken-console.


There was a time when Rare was THE development team to watch, with game changing titles like “GoldenEye 007,” and “Donkey Kong Country,” in their portfolio. They were the kings of the N64, but in 2002, Microsoft acquired the company and had them work on Xbox exclusives. Some of these exclusives include “Jetpac Refuelled” and “Grabbed by the Ghoulies.” Yaaaaaay... Things were so dire and depressing that Rare’s founders and several key employees jumped ship to pursue other projects. While there have been some diamonds in the rough since 2002, there's no denying that this development company is nothing but a shell of its former self.


The Xbox 360 may have hit the ground running in terms of sales and popularity, but its technical issues were definitely a problem. Almost immediately after the console's launch, gamers began to notice very prominent circular scratches on their discs, with many reporting that said discs were now unplayable. As it turns out, some 360s had faulty drives which failed to secure the disc in place, and moving or bumping the console while it was running a disc often resulted in the aforementioned scratches and the tears of gamer’s everywhere.


First introduced in November of 2010, the Kinect was meant to capitalize on the motion control craze, contending with the likes of Nintendo’s Wii and the PlayStation Move. Someone should have told them that motion gaming was soooo 2008. Many were voicing their criticisms immediately after launch, with some major detriments being its high price point, large spatial requirements, and shrug-worthy titles. The input lag was also atrocious, with some even reporting that the device wouldn't recognize their movements at all. The Kinect faced even greater challenges on the Xbox One, garnering controversy and lackluster attention, forcing Microsoft to all but admit the device’s failure and remove it from the bundle.


Microsoft’s Xbox One reveal is the stuff that corporate nightmares are made of, as many of their early policies left the internet in a frothing rage and threatening to jump the Xbox ship. Not only did Microsoft basically ignore the X-Bone’s gaming component in favor of its multimedia capabilities when promoting the console, what they DID mention about gaming infuriated many. Some of the criticisms included privacy concerns regarding the always-on Kinect, region locking games, activation fees for shared or borrowed games, and a necessary online connection, even for offline games. The response to these policies was so toxic that Microsoft immediately went into damage control mode, but the damage was already done.


The Red Ring of Death was basically an indication that your Xbox 360 was toast. Like an earthquake before a volcanic eruption, the 360 would give off some warning signs that destruction was imminent, such as graphical issues and gameplay freezes. Once those three red lights appeared, all hope was lost, and the console would need replacing, which could take up to several weeks. It was a huge headache for gamers and Microsoft alike, as customers were left frustrated over their broken console and the arduous process of getting it fixed, and Microsoft was out $1 billion from rectifying the issue, which, you know, has gotta hurt. It was a huge disaster, and will undoubtedly go down as one of gaming’s biggest blunders.