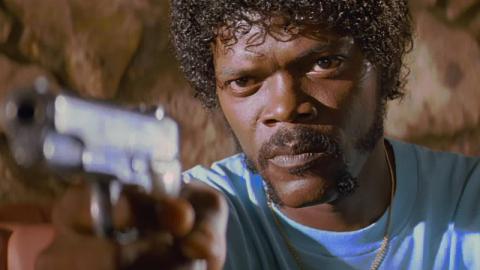 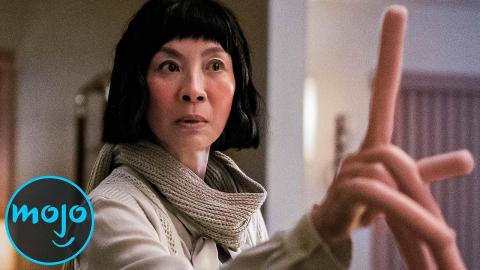 Top 10 Rewatchable Moments in Everything Everywhere All at Once 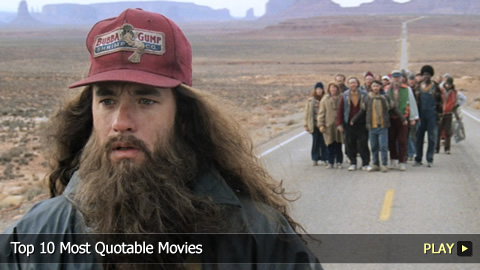 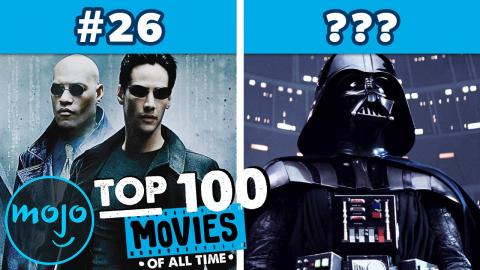 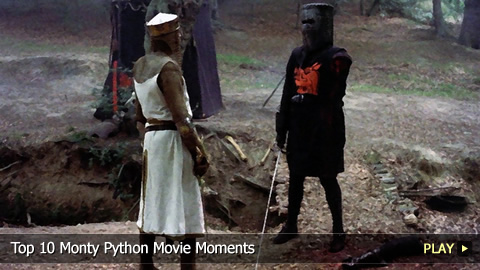 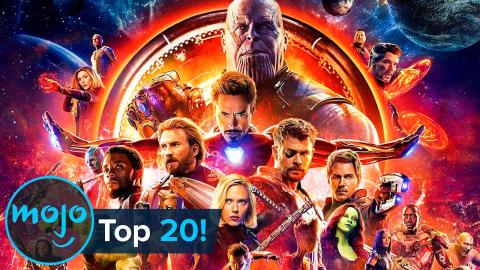 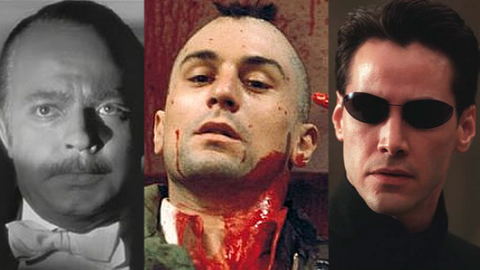 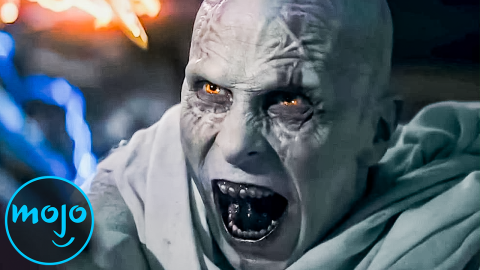 Top 10 Most Rewatchable Moments in Thor: Love and Thunder 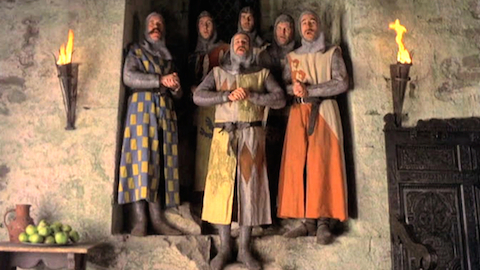 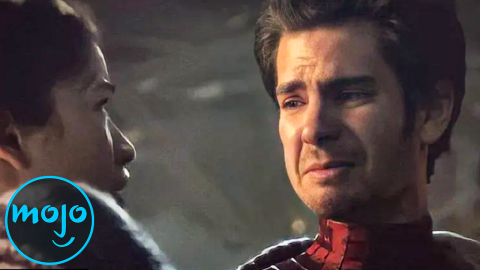 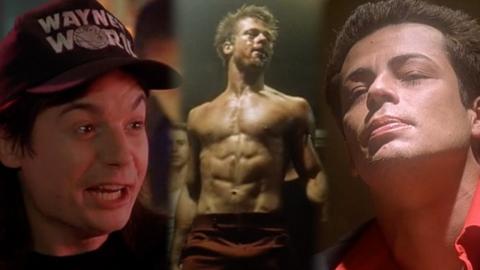 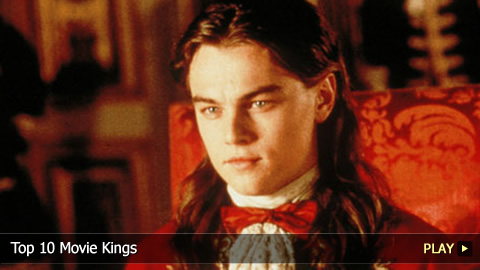 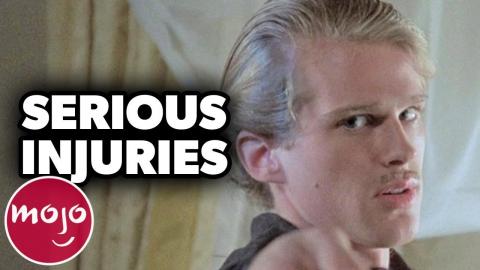 Hey, we haven't seen that one in a while… Let's check it out! Welcome to WatchMojo.com, and today we're counting down our picks for the Top 10 Rewatchable Movies. For this list, we're picking those classic films that you can watch a thousand times because they never get old.

Special thanks to our users Quetzal00358, longjohnsilver, marilou and Tarik Jackson for submitting the idea using our interactive suggestion tool at http://www.WatchMojo.comsuggest
Transcript ∧


Hey, we haven’t seen that one in a while… Let’s check it out! Welcome to WatchMojo.com, and today we’re counting down our picks for the Top 10 Rewatchable Movies.

For this list, we’re picking those classic films that you can watch a thousand times because they never get old. We’re excluding film series or trilogies, however, as we are focusing on movies that completely stand on their own.

Robin Williams manages to make us laugh and cry in this timeless classic. Movie fanatics love “Mrs. Doubtfire” for its message about fatherly dedication and how far a parent would go to spend time with his children. Although it may seem a little too sad and maybe a little extreme at times, it’s still a lovable go-to to watch alone or on any family movie night. With hilarious moments like the makeover or the table-hopping climax, and more heart-warming scenes that show the character’s progression, “Mrs. Doubtfire” is a flick anyone can enjoy whether it’s the first time you watch it or the fiftieth.

Of all the dry Wes Anderson classics, this one takes the cake. With its quirky sets, sharp humor, and Alec Baldwin’s narrating, the only thing that could make this film even more re-watchable is if you sat down to watch it with crackers and root beer. Its fresh formula and unique style of comedy resonates with the audience, making it one of those unforgettable films you can always come back to. Exploring the themes of family, loyalty, and playful betrayal, “The Royal Tenenbaums” is a quirky classic that you and your hipster friends can switch on at parties.

Ask any horror movie fanatic what film he or she keeps around for a rainy day. In all likelihood, it’s this one! With an all-star cast featuring the likes of Chris Hemsworth and Richard Jenkins, this film delivers without being something it’s not. When you’re stuck in some perverted alien-human killing game, it’s not going to be Oscar material. But, that’s just what makes this film even more re-watchable. The action never stops, the dark humor reigns supreme, and laughter fills the air in the eyes of the audience. Every time you watch this horror satire, you’ll probably pick up a reference or joke that you missed the first time, making this one a great movie to re-watch.

What movie buff can’t say that he or she has seen this movie more than once? As is life, it’s like a box of chocolates, delivering something special without being too obvious as to what you’re going to get. With a likeable protagonist and a commanding narrative, “Forrest Gump” never gets old. Thanks to the protagonist’s ignorance about his impact on history, it also provides subtle humor. On top of that, not only is it historical, it also features its fair share of romance, action, and even social learning theory to moviegoers. Gump’s love for Jenny, his bravery, and his optimistic view on life never escapes the audience, and we can’t get enough of this heart-warming tale.

We may not be living in the matrix, but how can we know if life is not all a dream within a dream manipulated by an antagonistic dream expert? Thanks to this classic, we ask that question every day. Leonardo DiCaprio brings his best in this mind-bending thriller as the leading dream expert, with the lovely Ellen Page by his side. With more action than a Michael Bay film and more twists than an M. Night Shyamalan joint, who could have anything bad to say about this cinematic masterpiece? And who wouldn’t want to watch it just one more time, if not only to understand it a little better?

There’s a 30% chance you’re planning on watching this one again, right, Karen Smith? This Tina Fey masterpiece chronicles the anxiety, the struggle, and the mindset of an awkward new girl at a Midwestern public high school. Oh yeah, did we mention she was homeschooled in Africa? That’s right, so if you thought your high school experience was stressful, Lindsay Lohan’s in this film is ten times worse. With constant laughs, relatable teenage obstacles, and perceived antagonistic adult characters, this movie is re-watchable for everyone who has gone to high school and can now laugh about it.

You want to watch this one again? Before she could steal Forrest’s heart in Forrest Gump, Robyn Wright’s breakthrough performance in this movie made us love her, made us hate her, and made us cry. Who wouldn’t want to see the Dread Pirate Roberts face off one more time? It’s inconceivable that you would answer no, but maybe a battle of wits would suit your taste. With lovable characters, like Andre the Giant’s Fezzik, and an unforgettable grandpa-grandson relationship between Peter Falk and Fred Savage, this Rob Reiner classic shall never get too dusty on the shelf, as long as Roberts passes it on.

When Disney makes an animated film, you expect it to just be for children, but this one isn’t. In a clever adaptation of Shakespeare’s “Hamlet,” this classic cartoon depicts the intricate and complex relationships of a lion king while portraying the harsh environment of the African desert and savanna. Families come back to this film time and again for the great music – thanks, Elton John! – as well as for the deep themes packaged within the animated, child-centric story. There’s so much admiration for this movie in the film community we could go on for days, but we think the classic “circle of life” scene speaks for itself.

When we say re-watchable, you’d better not say: “what?” With mind-blowing performances by Hollywood greats like Samuel L. Jackson, John Travolta, and Uma Thurman, this Quentin Tarantino classic is one you’ll be pulling off the shelf forever. With a blend of black comedy, dark action, and plenty of pop culture references, the audience is left stunned as Tarantino delivers his special blend of gangster wit. This classic's intertwined stories and nonlinear narrative keep it fresh with every viewing. And, let’s not forget, if we watch it just one more time, we may be able to guess exactly what’s in that 6-6-6 briefcase.

That’s right, we’ll watch this movie over and over again until we have no limbs. No one does dry humor and intelligent comedic wit like the classic Monty Python troupe, and this film delivers like no other comedy. British humor plus a medieval setting equals one satisfied audience. With an endless list of quotable lines, a memorable cast of hilarious characters and a killer rabbit, this is one sidesplitting film to always come back to. Is she a witch? We may just have to watch this classic one more time to find out.

Do you agree with our list? What’s your most re-watchable movie? For more enduring Top 10s published daily, be sure to subscribe to WatchMojo.com.
Comments ∧