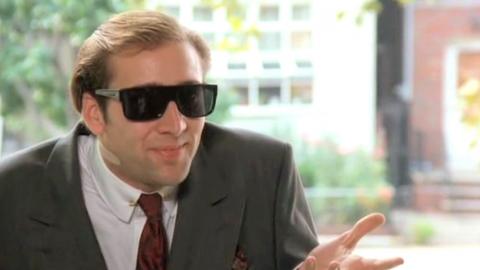 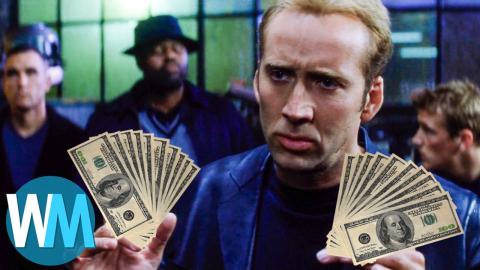 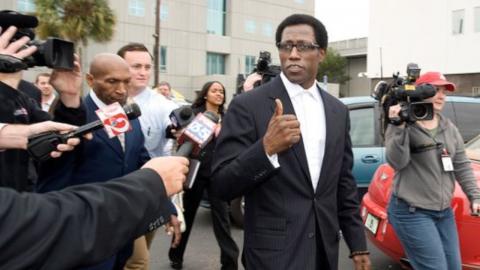 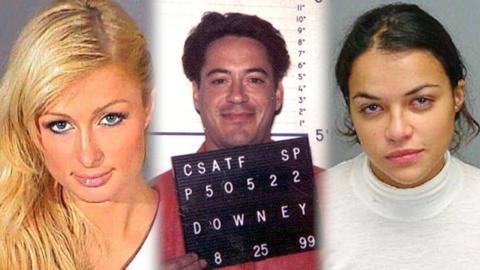 Top 10 Celebrities That Went to Prison 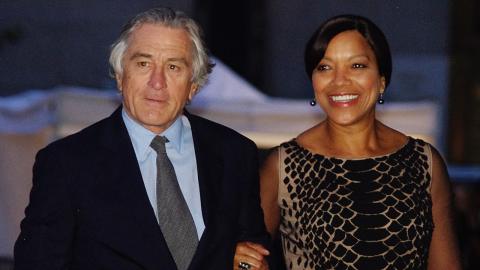 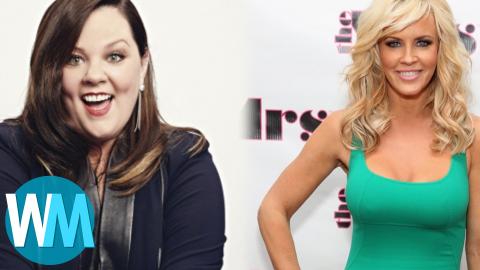 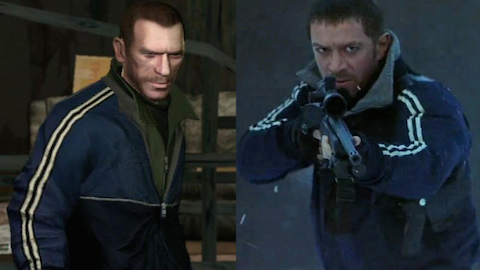 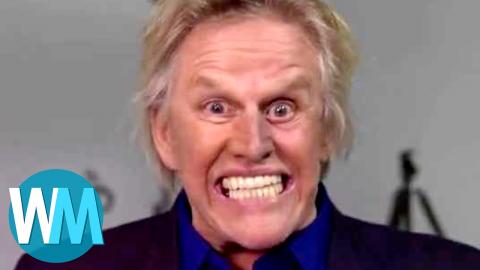 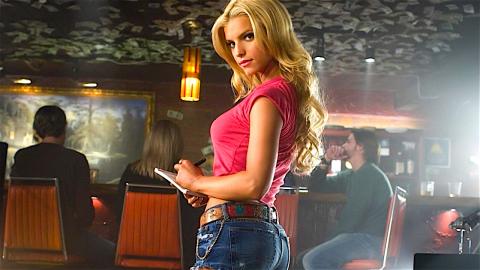 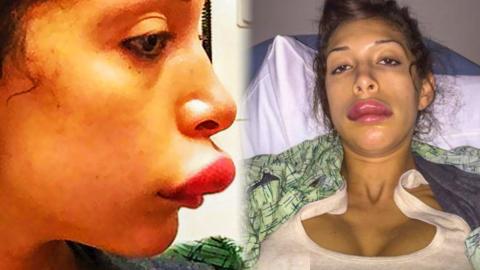 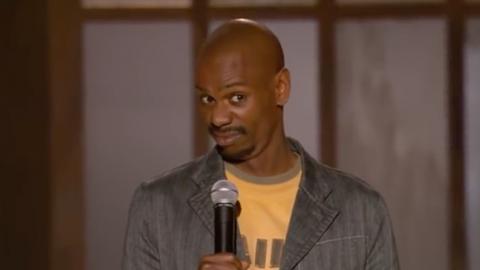 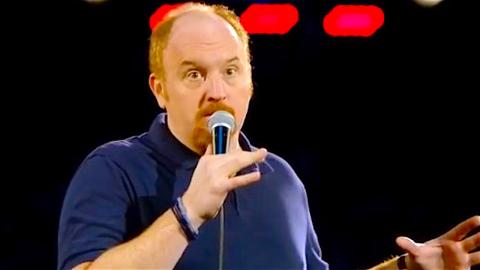 Top 10 Celebrities Who Had to Change Their Name 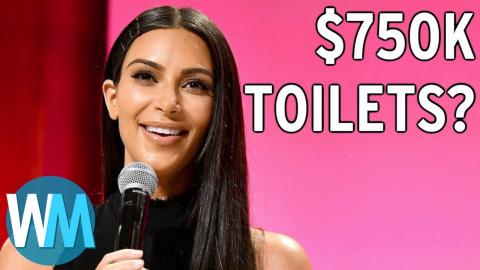 We think Big Poppa said it best when he claimed, “Mo Money, Mo Problems.” In this video, http://www.WatchMojo.com counts down our picks for the top 10 celebrities who went broke. For this list, we're taking a look at famous folks who must have made a fortune – or at least a tidy sum – with their work, but who somehow saw their empires crumble. Let these financial nightmares be a lesson to you, kids. Be sure to also check out our list of the top 10 celebrity falls from grace.

Special thanks to our users kenn1987, kaeshmsoshi, Watchmojyguy and alliecat for submitting the idea on our Suggest Page at WatchMojo.comsuggest
Transcript ∧


We think Big Poppa said it best when he claimed, “Mo Money, Mo Problems.” Welcome to WatchMojo.com, and today we’re counting down our picks for the top 10 celebrities who went broke.

For this list, we’re taking a look at famous folks who must have made a fortune – or at least a tidy sum – with their work, but who somehow saw their empires crumble. Let these financial nightmares be a lesson to you, kids.

He brought the leather-clad vampire hunter Blade to life in the late-‘90s and early-2000s, sparking a successful franchise. But Snipes may’ve been celebrating his fame and fortune a little too much to realize that he owed the pesky IRS some tax-money. In 2006, he and a couple of his financial advisors were charged with several tax-related offenses, including conspiracy to defraud the U.S. Two-years later, he was ultimately convicted for failing to file tax-returns and sentenced to three-years in prison. Today, Snipes is out and is getting back on track after his time in the slammer.

This blonde beauty is known for many things, not the least of which are her gorgeous looks and rocky marriage to Alec Baldwin. What’s not as famous is the strange financial decision she made in the late-‘80s. On the advice of her family, she dropped $20-million to buy the town of Braselton, Georgia – ostensibly to transform it into a tourist hub and establish a film festival. However, she backed out of a movie deal in 1993, she was ordered to pay the studio $8-million for breach of contract, which forced her to sell off the town and file for bankruptcy.

Y’gotta wonder why so many athletes continue to make poor financial decisions when they have so many horror stories to learn from – stories like Iverson’s. Once one of the NBA’s highest-paid players, Iverson was a bad-boy on and off the court, and within a few years of leaving the league in 2010 he was apparently broke. Allegedly squandering his dough on expensive jewellery and other frivolous investments, Iverson took jobs in a European basketball league to make ends meet. Lucky for him, Reebok put aside $30-million of his money in a trust fund for a rainy day. Problem is, he’s gotta wait till the year 2030 to touch it.

Aside from his well-known role in “Diff’rent Strokes,” this actor was also famous for being broke and perpetually hapless. Unlike almost everyone on this list, Coleman’s financial burdens were not due to his own mindless spending. After suing his parents and financial advisor for misappropriation of his funds, Coleman lost the rest of his fortune to expensive medical bills stemming from the chronic kidney disease that gave him his childlike look. Despite his success in the lawsuit, Coleman filed for bankruptcy protection in 1999, and spent the rest of his life running strange fundraisers to pay his medical bills.

This guy’s rap sheet makes the self-proclaimed “Wolf of Wall Street” seem like the love child of capitalism and the Devil himself. After making his millions in the ‘90s defrauding every investor he could con with his investment company Stratton Oakmont, and racking up a pretty serious drug problem in the process, Belfort’s illegal dealings finally caught up with him. Fines and settlements piled up, his company was liquidated, and Belfort himself was eventually sentenced to four-years in prison. But the worst part? The $110-million in restitution he was ordered to pay.

At one time making $2,000-a-day as the self-proclaimed “first supermodel,” the outspoken Dickinson has attached her name to several reality TV projects, with varying rates of success. Despite the fact that she seems to constantly be working, Dickinson reportedly filed for bankruptcy in 2013, over $1-million in debt. Reports also claimed that a chunk of that money was owed to a plastic surgeon and an anti-aging clinic. Unfortunately, Dickinson’s pursuit of eternal youth and apparently poor financial planning were a bad combination.

It’s easy to imagine how earning $30-million for a single fight could skew your appreciation for and understanding of financial planning. That, possibly compounded by one too many hits to the head, a nasty divorce and various addictions, all contributed to Iron Mike’s financial ruin, and in 2003 he finally filed for bankruptcy. Although he earned around $300-million over his career, Tyson ended up in trouble not only with the IRS, but also in heavy debt after he famously squandered his earnings on extravagant purchases like homes, cars, parties and – yes – tigers.

Ever wonder why this Oscar-winning actor, and apparently one of the highest-paid dudes in Hollywood, would take so many roles that he must think are unworthy of his time? After buying and selling real estate like it was going out of style, making bizarre purchases like castles, islands, and dinosaur skulls, and ending up $14-million in debt to the IRS – a situation he largely blamed on his former business manager, whom he sued for his troubles – Cage seemingly did everything he could to recoup his losses and repay his tax liens, including auctioning off some of his homes and his copy of Action Comics 1.

Despite hits like “Un-Break My Heart” and a staggering $170-million in record sales, Braxton filed for bankruptcy not once but twice. Allegedly earning less than $2,000 in royalties from her first contract after repaying her advances, Braxton also had a rep as a shopaholic – which led to bankruptcy #1. Over a decade later, after self-funding a Las Vegas revue show for an attempted comeback, she was diagnosed with angina and lupus, and doctors told her she couldn’t perform – which caused bankruptcy #2. But luck finally seems to be on her side, with newfound success in profitable private performances and on the reality show “Braxton Family Values.”

Before we unveil our final pick, here are a few honorable mentions:

Possibly the most famous riches-to-rags story is that of Stanley Burrell, whose alter ego produced one of the most famous one-hit wonders ever. Once the biggest thing to hit the record industry, Hammer’s album sales declined sharply in the early-‘90s and various lawsuits popped up accusing him of copyright infringement. Although Hammer claims the media has exaggerated his situation, the Grammy-winning artist did file for bankruptcy in 1996 after accumulating a whopping $13-million of debt, due mainly to ridiculous spending habits and questionable business decisions. But one thing’s for sure: Hammer was “Too Legit To Quit.”

Do you agree with our list? Which celebrity do you think had the worst spending habits? For more entertaining top 10s published daily, be sure to subscribe to WatchMojo.com.