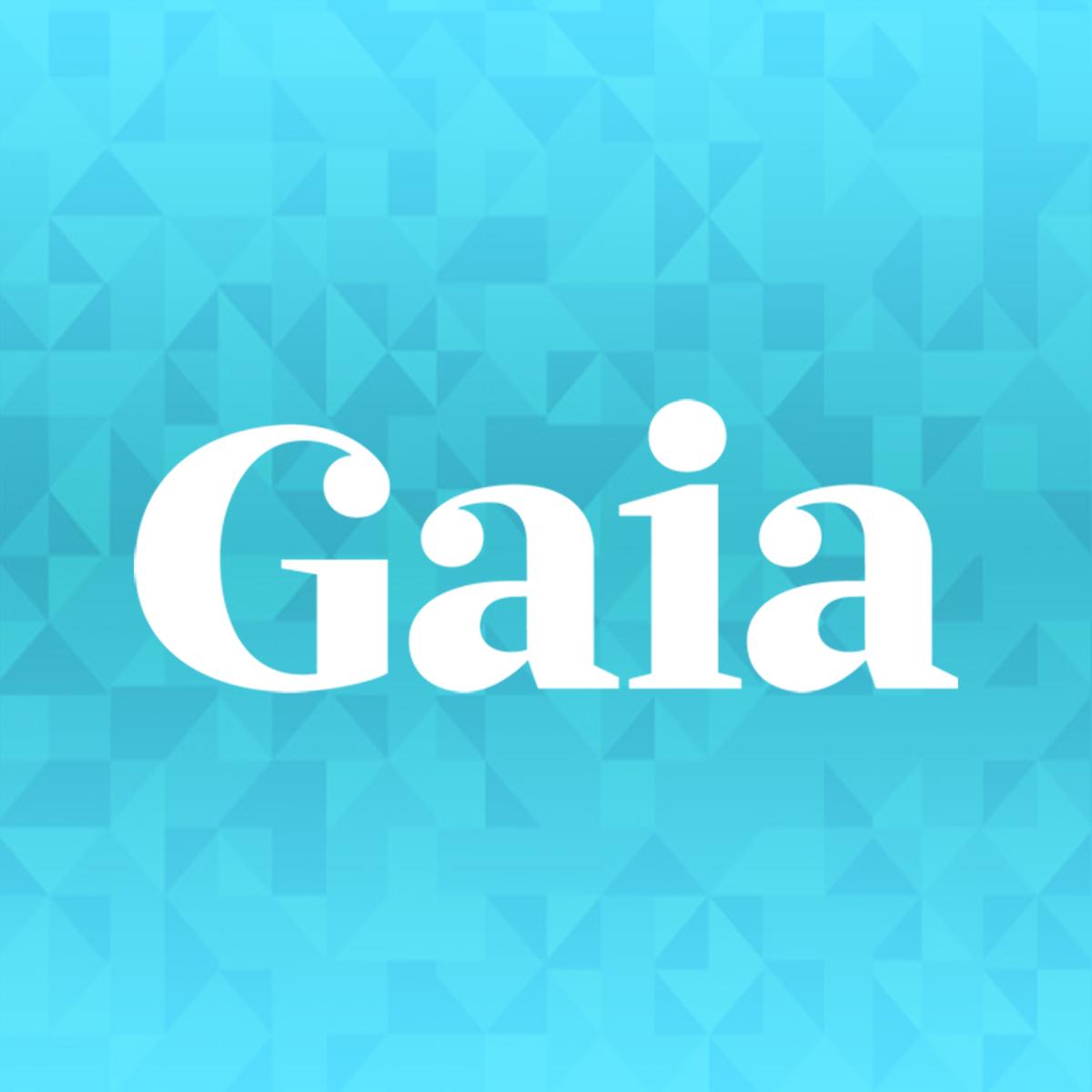 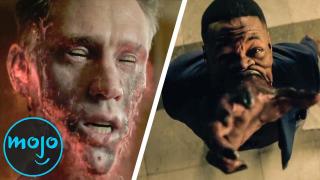 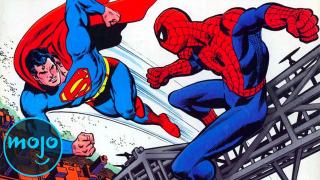 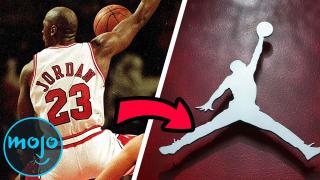 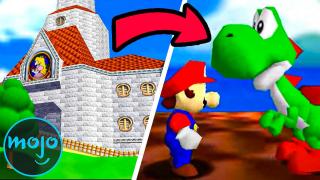 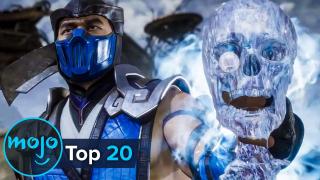 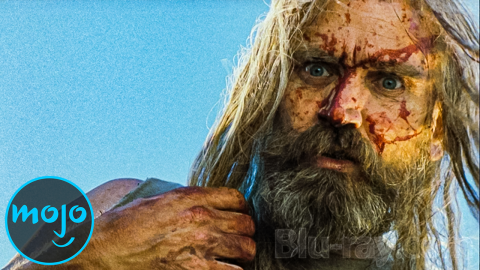 We’re all born naked and the rest is Drag… Race merchandise. Welcome to MsMojo, and today we’ll be counting down our picks for the Top 20 must-have products for RuPaul’s Drag Race fans.

For this list, we’ll be looking at the best Drag Race-themed products that fans of the reality competition show should love to buy. If you see anything you like, you can support our channel by purchasing through the product links below.

Keep in mind that if you make a purchase through any of our affiliate links, WatchMojo may earn a commission.

Out of the many RuPaul catchphrases from Drag Race, the host’s final farewell to eliminated queens is perhaps the most iconic. This kaleidoscopic print turns RuPaul’s face into a mind-bending frame around the famous phrase, turning the “Now, sashay away” moment into a true work of art. Designed by Australian artist, restlessbear, the photographic print is a subtle way to display your Drag Race love from the wall of your home.

As the quirky winner of Season 5, Jinkx Monsoon captured the hearts of viewers by marching to the beat of her own drum. Like many a winner before and after her, she also coined an endlessly quoted catchphrase: “Water off a duck’s back.” Whenever she was feeling the pressure, these words, muttered under her breath, would act as a coping mechanism. Created by Febolton, this sweater design perfectly combines the two sides of Jinkx: her glamor and her vulnerability.

One of the things we love about Drag Race is its positivity. This is reflected best by RuPaul’s sign-off,  “If you can’t love yourself, how the hell are you gonna love somebody else?” followed by, “Can I get an amen up in here?” If you need a reminder of television’s best affirmation, what better way to do it than by hanging this neon-colored tapestry up from designer Rosey Mulvey? Amen!

Drag Race herstory is filled with some of reality TV’s best fights. From Mimi Imfurst vs. Shangela to Phi Phi O’Hara vs. Sharon Needles, the cocktails fly and the claws come out on this show. And what better way to immortalize Alyssa Edwards and Coco Montreses’s legendary spat over make-up than by wearing it? Created by femme fatale, the shirt features Coco’s “I’m not joking…” comeback after Alyssa criticizes her face for looking too orange.

Since the launch of Drag Race Thailand and Drag Race UK, the show has truly become an international phenomenon. The inaugural season of the British version had tons of memorable moments, including the three-piece girl group formed by Baga Chipz, Blu Hydrangea and Divina de Campo. Designed by Elenor Fergie, this tote bag featuring The Frock Destroyers is a practical and stylish way to pay tribute to the one-hit-wonder.

From “Supermodel (You Better Work)” to “Call Me Mother,” RuPaul has given us loads of party classics. This phone case featuring an illustration from kweenofart gives life to one of the drag superstar’s most popular songs, “Sissy That Walk.” The song was popularized in the music video challenge in Season 6 and encourages you to embrace your feminine side – no matter your gender. We can’t imagine a better shoe to do that in than this one!

In the grand tradition of “Paris is Burning,” the Reading challenge has been a Drag Race mainstay since Season 2. When RuPaul hands contestants a pair of eccentric specs and announces that “the library is open,” they’re expected to throw serious shade at their competition. Designed by iamdan, this minimalist artwork is ideal for those who like their wall decor to be more understated… which is a great contrast from what we’re used to seeing on the show!

When talking about the most sickening lip syncs of Drag Race herstory, it’s impossible not to bring up the Season 9 finale. Though Shea Coulee, Peppermint and Trinity The Tuck were stiff competition, the night undoubtedly belonged to Sasha Velour. As she lifted her wig and unleashed a downpour of rose petals to Whitney Houston’s “So Emotional,” the queen of reveals was born. Designed by rachelmf, what Drag Race fan wouldn’t want to receive this illustrated postcard of the moment?

What better way to show your love for Trixie Mattel than by wearing one of her funniest lines? Between her appearance on Season 7 and All Stars 3, Trixie launched a hugely popular web series alongside fellow Season 7 and All Stars 2 star, Katya, which is where this quote comes from. Not only does covergirl’s design have a classic Trixie look, but the choice of phrase optimizes her self-deprecating humor.

Laganja Estranja might have been a thorn in the side of her Season 6 cast, but she’s since become one of Drag Race’s most legendary queens. Not only did she practically invent dramatic Workroom entrances, but her “Untucked” outbursts are some of the most quotable. This throw pillow from Arcyx references her most infamous breakdown. Though we sympathize with her vulnerability, we think she’d see the funny side of products like this one.

Coloring books for adults are still all the rage. If you’re a Drag Race fan who likes to show their creative side, this book from Hello Harlot is one of the best you’ll find. With intricate designs that reference the Snatch Game, iconic lip sync battles, legendary looks, and hilarious quotes, there are plenty of pages to keep you busy for hours. Good luck, and don’t… well you know how the saying goes…

Even among Drag Race’s winners’ circle, it’s hard to beat Bianca Del Rio. The insult comic dominated Season 6 with her deadpan reads and pithy one-liners, the most famous of which has to be: “Not Today, Satan. Not Today.” Created by febolton, this canvas print is a must-have for fans of the former reigning queen, featuring her in stylish black-and-white while her most well-known catchphrase is in a bold red stripe across the middle.

Katya is one of Drag Race’s most beloved queens so it’s hard to pick just one moment to single out as her best. That being said, we’ll never get over that time in All Stars 2 when, with just one word, Katya cut through Alaska’s temper tantrum. Originally an Adore Delano quote, this appropriation of the phrase has become equally iconic. So, why not curl up in bed with this duvet pattern covered in it by Laurothy Gale?

For those who want to wear their Drag Race love wherever they go, these RuPaul socks are a fashionable essential. Officially licensed and available from BioWorld, the socks are covered with the host in full drag glory – a typical blonde wig and pageant-perfect gown. With its 200 needle construction, you can see the detail of the design in the product image alone. The material, meanwhile, is both comfortable and stretchable.

You might think that tarot cards are a strange fit for Drag Race merchandise. However, once you take a look at the designs inside this box, you’ll be pleasantly surprised at how well this crossover works. Created by Paul Borchers, this gorgeously illustrated deck matches a Drag Race icon to a corresponding Tarot card. Miss Vanjie is the Ace of Swords, Bebe Zahara Benet is The Magician, and Pork Chop is – what else? – The Fool.

Can’t pick between your favorite queens? Why not just have ALL of them. Designed by leonripstir87, this colorful canvas print has nearly 50 of the most incredible contestants to ever shantay their way through Drag Race’s doors. From Raja, to Alaska, to Miss Fame, to Gia Gunn, to Bob The Drag Queen and so, so many more, this artwork would make for a real statement piece on any RuPaul fan’s wall.

Say it with us now: “Miss Vanjie, Miss Vanjie, Miss… Vanjie.” Saying the Season 10 and 11 queen’s name three times in the mirror won’t make her appear, but this mug will make do in place of the real thing. Covered with the catchphrase that launched a thousand memes, the wraparound pattern from LookHUMAN also features loads of cute little Vanjies dressed in her epic design challenge fail.

Three-times Drag Race competitor Shangela truly left her mark on the show in Season 3 with this infamous monologue to Mimi Imfurst. The dramatic smack-down speech remains one of the series’ most unforgettable moments. But, in case you need a reminder, this t-shirt from guirodrigues will do the trick. With its Barbie-pink font, it’s an essential additional to any fan’s wardrobe. Or, the perfect present for a fellow fan.

It might not have been the BEST lip sync, but it sure was one of the most memorable. In Season 9, when lip syncing for her life against Nina Bo’nina Brown, RuPaul instructed Valentina to remove her face mask. Things… did not go well from there. We can’t think of a more perfect place for her scandalous response than a mask. Though we should point out that this one, from Conan Doodles, is for general, not medical use.

While we’d LOVE an official Tweeterhead statue of RuPaul as seen on the show, given their limited availability and steep price tag, we’ll happily settle for the more affordable option. This vinyl figure from Funko, the pop culture collectibles brand, stands at cute 4” tall, making it ideal for your desk at work or your shelf at home. Featuring Mama Ru in her signature hot pink jumpsuit, no Drag Race merchandise collection would be complete without it.

blog
Gift Ideas for the Person Who Loves to Travel BY

blog
Best Items To Look for When Thrift Shopping BY

blog
10 Kitchen Items You Didn’t Know You Needed BY 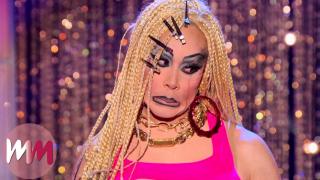 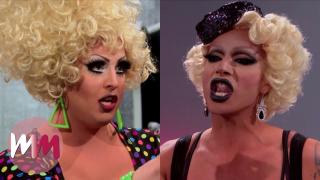 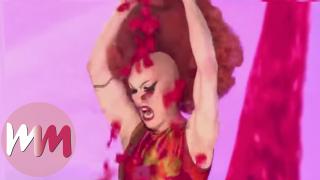 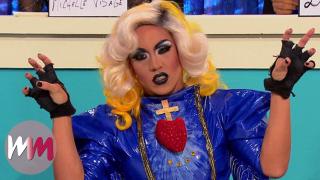 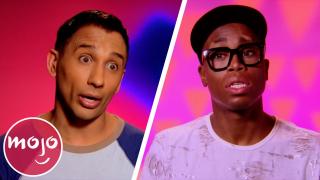 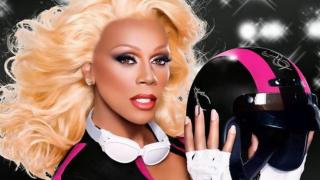 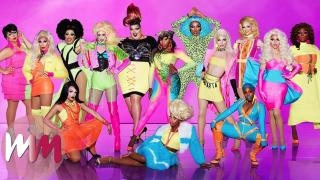 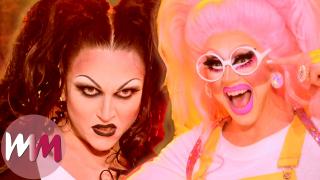 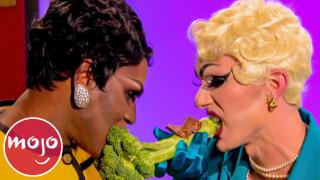 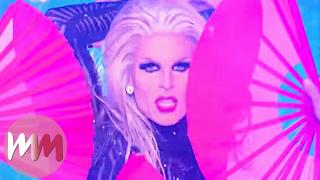 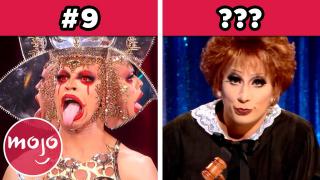 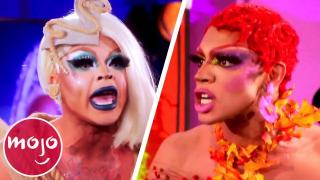