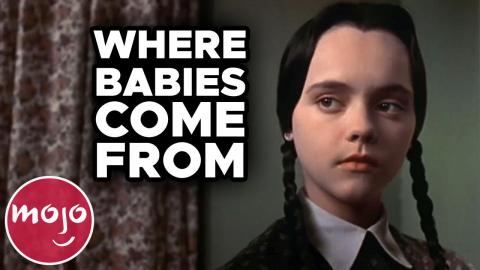 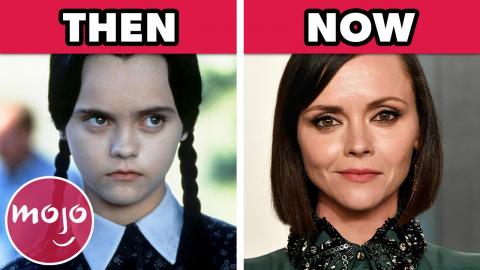 The Addams Family Movies Cast: Where Are They Now? 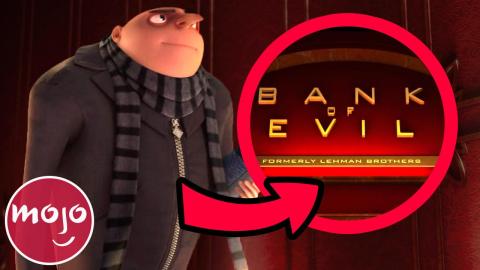 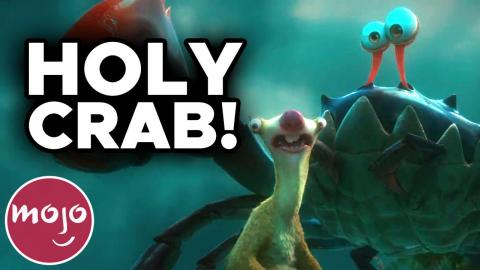 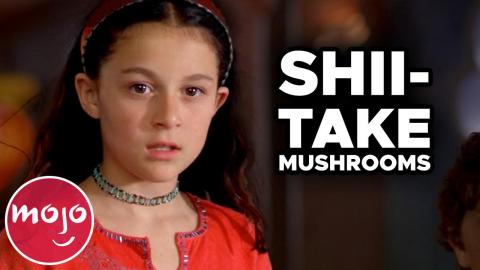 Top 10 Things Only Adults Notice in the Spy Kids Movies 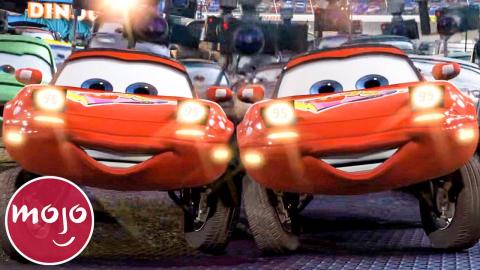 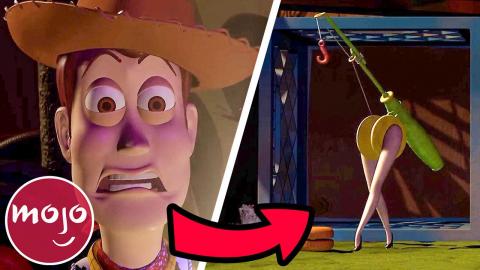 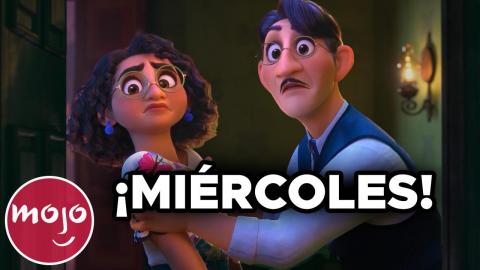 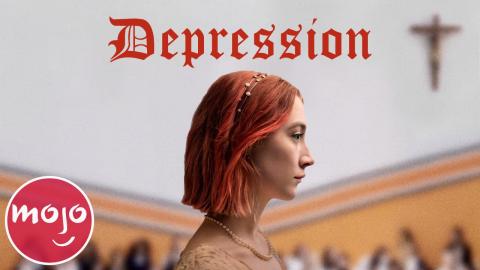 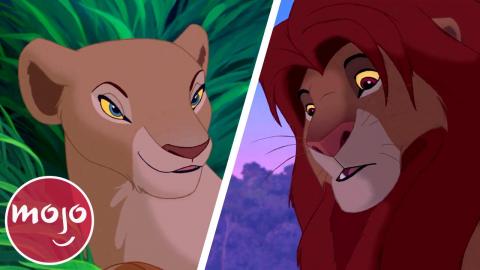 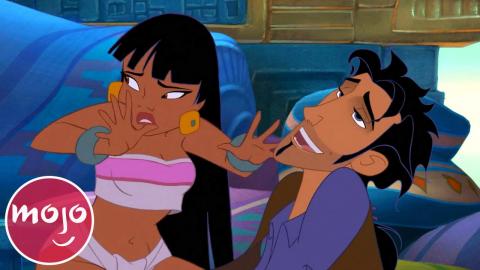 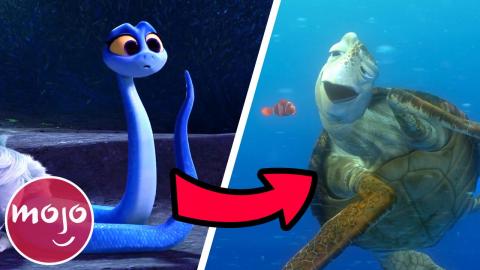 Top 10 Things Only Adults Notice in Back to the Outback 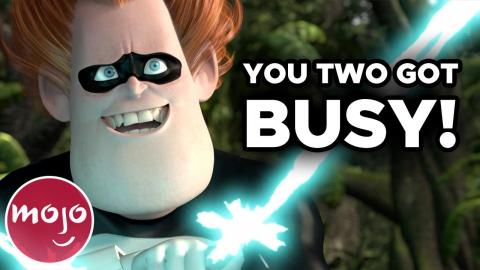 VOICE OVER: Emily Brayton WRITTEN BY: Nick Spake
Only adults will notice these details in "The Addams Family." For this list, we'll be looking at moments from “The Addams Family” movies that children aren't inclined to understand… unless you're Wednesday. Our countdown includes sibling rivalry, Pubert, ooky inuendos, and more!
Transcript ∧


Welcome to MsMojo, and today we’re counting down our picks for the Top 10 Things Only Adults Notice in The Addams Family Franchise.

For this list, we’ll be looking at moments from “The Addams Family” movies that children aren’t inclined to understand… unless you’re Wednesday.

What adult “Addams Family” jokes did you pick up on? Let us know in the comments.


Where some couples resist displays of affection, Morticia and Gomez aren’t afraid to express their love. Gomez can frequently be seen kissing his way up his beloved’s arm, but the camera cuts away before we enter R-rated territory. Through a cuckoo clock, we’re given an idea of what goes on between the two when the cameras aren’t rolling. Before we even see any of the actors, the 1991 film establishes that it’ll have a risque edge as Morticia and Gomez replicas exit the clock. Seemingly prepping for a kiss on the lips, Morticia leans back with Gomez going a little lower. It’s a small detail that kids are likely to miss, along with a Pugsley replica hanging a Wednesday replica.


The modern animated “Addams Family” films have been geared more towards kids, although they aren’t without a few jokes aimed solely at older viewers. Bringing the Addams into the digital age, Thing is found engaging in the internet’s oldest pastime. Thing may be a disembodied hand, but that doesn’t mean he’s not into playing a little footsie. Flipping through images of feet, Thing slams the computer shut when Morticia makes her presence known. Kids might just see it as a silly moment, but anyone old enough to be curious knows what it’s like to be in Thing’s shoes… well, we guess gloves. Aside from browsing feet online, we have a feeling that Thing watches a lot of Quentin Tarantino movies.


When a new baby is born, it’s not uncommon for their older siblings to be jealous, maybe even resentful. However, there’s sibling rivalry and then there’s sibling murder. Wednesday and Pugsley attempt the latter. They drop the family’s new bundle of terror from the roof and when that doesn’t work, they break out the guillotine. Being an Addams, though, he’s resilient in the face of death. For kids, it’s cartoon-esque violence not to be taken too seriously. For parents, this is the most horrifying notion imaginable. Well, every parent other than Gomez and Morticia, who are concerned for their baby, but write off Wednesday and Pugsley’s behavior as “kids will be kids.” Hey, Gomez and Fester survived their childhood rivalry.


We all know that Gomez and Morticia have a loving relationship. Have you ever wondered about Uncle Fester’s sex life, though? Kids certainly haven’t, but the 1993 sequel shares TMI. To get Fester’s fortune, serial killer Debbie claims to be a virgin. Fester isn’t familiar with the term, but he soon pieces together that he himself is also one. Based on Fester’s word choice, however, it’s implied that he’s experienced physical love alone. When Debbie fails to murder Fester on their wedding night, she’s forced to keep him under her thumb a little longer. That’s not the only thing Debbie keeps under her, using her body to distance Fester from the rest of the Addams clan. Pleasure, manipulation, and gold-digging for the whole family!


Wednesday and Pugsley are unconventional names, but the youngest Addams got the most eyebrow-raising moniker. Gomez and Morticia considered naming their third child after Satan, the founder of the Fascist Party, and the former Chinese Communist Party chairman. Just as those in-jokes will fly over any little kid’s head, so will the baby’s ultimate name: Pubert. In addition to being a “filthy” name, as Debbie puts it, this is also a clever nod to “The Addams Family” TV series. When Charles Addams’ characters made the leap from the comics to the small screen, the creator wanted to change Pugsley’s name to Pubert. TV censors in 1964 weren’t ready for a name alluding to puberty, but film censors in 1993 were.


The lonely Fester desperately wants what Gomez and Morticia have. Until he finds the one, Fester has his dirty magazines to keep him warm at night. The model in the centerfold disturbs us, however. Uncovering the magazine under his brother’s blanket, Gomez exchanges a naughty smile with Fester. The two then reveal who has them grinning like schoolboys: their mom. We suppose there are a couple of ways you can interpret this joke. Kids might jump to the conclusion that Fester misses his mother, keeping her photo close. For anybody who’s ever hidden a magazine under their bed, though, it’s hard not to think of something more Freudian. We don’t know what exactly Fester does with the magazine, but the thought alone is altogether ooky.


You could argue that every incarnation of “The Addams Family” challenges the “the traditional family,” a concept that rightwing politicians are particularly concerned with preserving. Of all the films, “Addams Family Values” offers the most biting political and social satire, especially when the kids are sent to Camp Chippewa. Reflecting on the sequel in 2018, Carol Kane said that it’s “more politically relevant now.” Anjelica Huston confirmed, “It was definitely a political commentary,” noting how Republicans used “Family Values” to describe what was quote-unquote “normal” in America. Christina Ricci reflected, “I didn’t see the film as a political commentary, but I was only 12 years old at the time. So, you know, I might not have caught that.” We didn’t as kids either, Christina.


In the Addams Family household, pleasure and torture are one and the same. That sounds macabre (because it is), but it also allows the filmmakers to be cheeky without spelling out what’s happening. One of the most quotable examples finds Morticia awakening in the daylight with the adoring Gomez gazing over her. Recapping the previous night, Morticia compares Gomez to a frightening creature, asking her husband for a repeat occurrence. Kids probably think that Morticia wants Gomez to scare her. After all, the Addams are all about being creepy. In this case, though, creepy and kinky go hand in hand. We don’t see everything that occurs behind closed doors, but whenever a headless doll is hanging from the doorknob, it’s something unhinged.


The 1991 film ends with the revelation that Morticia is pregnant. This might’ve prompted young children to ask their parents where babies come from. Some parents probably said the stork. Others said from a cabbage patch. Maybe even a few said from a diamond. The opening of “Addams Family Values” provides all three of those explanations, courtesy of an innocent little girl with a naively over-the-top perspective. Wednesday bursts her bubble, bluntly telling the girl how human reproduction works. She doesn’t go into great detail, but now all the kids in the audience have another question for their parents: what’s sex? The Addams may be weird, but are they any stranger than the stories parents cook up to shield children from the uncomfortable truth?


When you cast the Addams children in a play, you can expect things to get bloody. Wednesday and Pugsley’s take on Shakespeare was merely a dress rehearsal compared to the sequel’s camp Thanksgiving play. Not only do things take a grim turn, but Wednesday’s rendition of the first Thanksgiving provides sharp commentary on cultural appropriation, colonialism, and privilege. Notably, all the pilgrims are played by white children while the Native Americans are either played by kids of color or social misfits. Forced to star as Pocahontas, Wednesday goes off-script and leads the charge to take back the land. It’s funny no matter what age you are, but the older you get, the more you realize how brutally honest this scene is about America’s dark origins.
Comments ∧