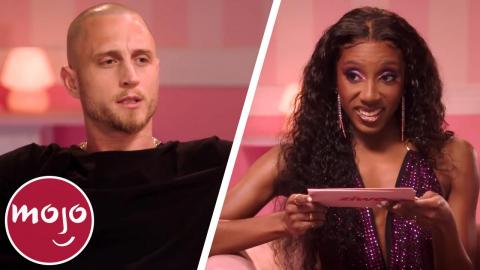 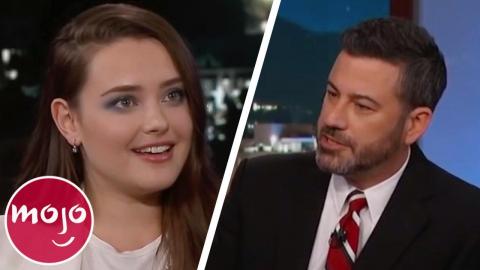 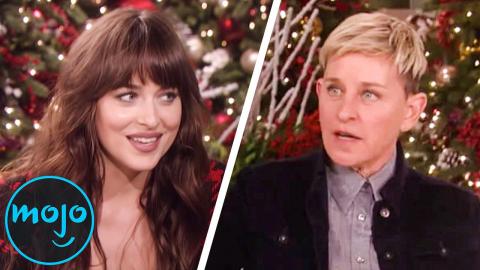 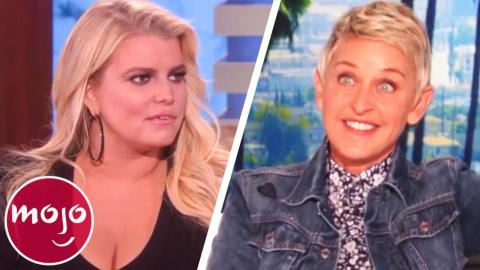 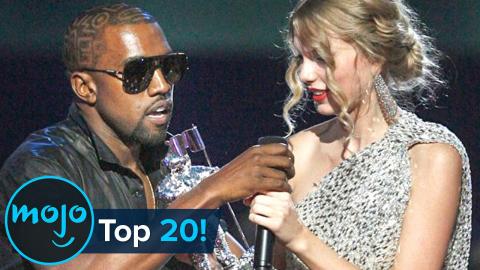 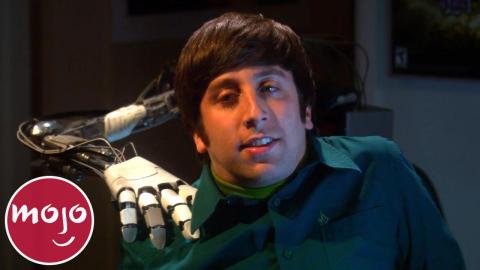 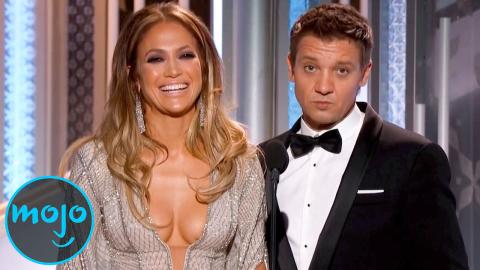 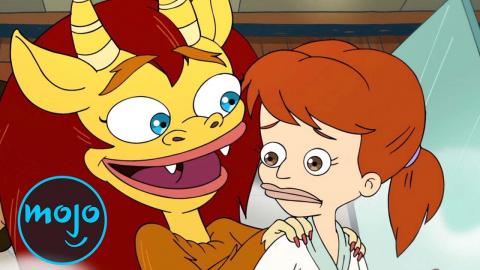 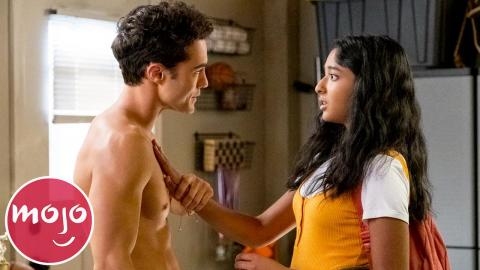 Top 10 Cringiest Never Have I Ever Moments 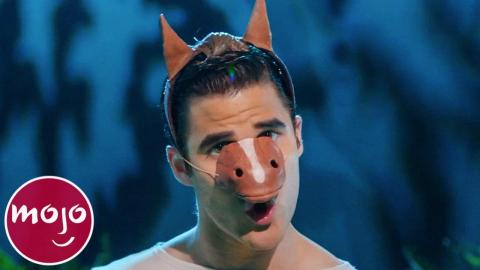 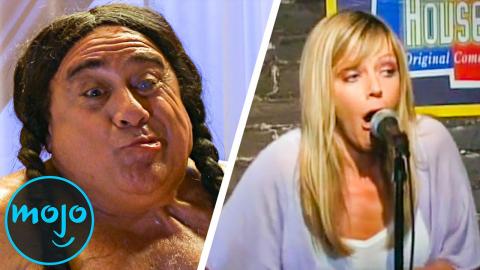 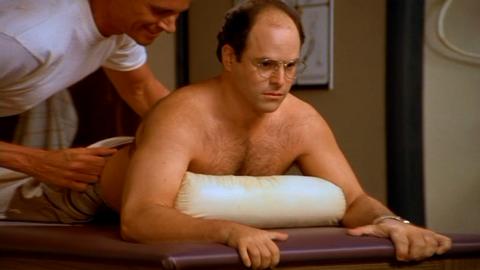 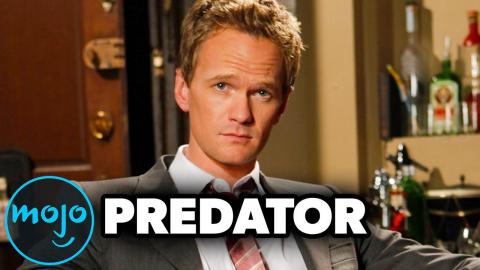 VOICE OVER: Rebecca Brayton WRITTEN BY: Robin Schwartzkopf
Is "Ziwe" the most uncomfortable talk show EVER? Who do you want to see get the star treatment from Ziwe? Give us your ideas for iconic guests in the comments. Our countdown includes plastic surgery consultation, Phoebe Bridgers ASMR, Karen focus group, and more!
Transcript ∧


Welcome to MsMojo, and today we’re counting down our picks for the Top 10 Uncomfortable Moments on Ziwe.

For this list, we’ll be looking at segments and celebrity guest appearances on the comedic Showtime talk show where we didn’t know whether to laugh or cringe.

Who do you want to see get the star treatment from Ziwe? Give us your ideas for iconic guests in the comments.


Ziwe takes on the world of plastic surgery by going to the source. In an episode exploring beauty standards, she gets a consultation in the tradition of reality television. Her exchanges with the surgeon are cringe-inducing, from her use of baby talk to her request to have a backside like the one referenced in the Nicki Minaj song “Anaconda.” The peak of the discomfort comes when the surgeon uses an imaging system to scan Ziwe’s face and make hypothetical alterations. In its most uncomfortable moments, the segment illustrates the hypocrisy and pain of conforming to the beauty standard.


It isn’t everyday you hear an iconic feminist speak about “WAP.” When Ziwe interviewed Gloria Steinem, activist and leader of the American second-wave feminist movement, she brought up the Cardi B and Megan Thee Stallion hit. After asking a few questions about whether she believes Karens have a place in the feminist movement and how many Black friends she has, Ziwe turns to pop culture. Although Ziwe reading the explicit lyrics makes for an awkward moment on camera, Steinem actually rounds out the interview with a more balanced take on the song, pointing out that the writer’s intent behind the lyrics needs to be considered.


What does it mean to be an ally? Ziwe wants to get to the bottom of it with her guest, Phoebe Bridgers. She puts the musician on the spot by asking her to read several phrases, ASMR-style. For the entire interview, Phoebe is clearly choosing her words carefully. She is asked to whisper promises to do her own emotional labor and resist the urge to get married on a plantation. She doesn’t give her real PIN, despite Ziwe’s prompting. When she breaks to laugh, the discomfort of the segment is helped by an on-screen message. The tension is broken by the end of the interview, though, as Ziwe and Phoebe move on to smashing ukuleles together in a show of true allyship.


Ziwe wants to know what empowerment means to model, actress, and writer Emily Ratajkowski. Her answer — she doesn’t know. She admits she had to Google the definition, and offers up a vague statement as her findings. As the interview continues, Ziwe’s ribbing continues to strike lighthearted, yet still cringe-inducing, notes. Although the two are friends in real life and EmRata seems pretty in on the joke, viewers can still tell when Ziwe has her backed into a corner. The model knows her experiences aren’t comparable to Black women in history, and says so. But no matter how hard a guest works, Ziwe’s chyron operator works harder.


The name Karen doesn’t have the best reputation. To prove Karens are real people, Ziwe gathers four for a roundtable discussion about how the slang term makes them feel. The Karens are divided, but the show manages to get several vaguely unsettling soundbites from the participants by the end of the roughly four minute segment. The discomfort of the discussion is elevated by Ziwe’s widened eyes and looks into the camera after each take. She barely has to interject while the Karens bounce off one another. The focus group ends with some custom temporary tattoos and a pledge to be “Karen and proud.”


Global warming has a way of making people feel uncomfortable. In her interview with comedian Ilana Glazer, Ziwe amps up the cringe factor with a line of questioning about the climate crisis. Ilana comes out on the sun’s side, flatly agreeing with Ziwe’s call for an end to life on Earth. At some points, the comedian can be seen visibly squirming in her seat answering questions. The discomfort gets meta when they discuss how Ilana feels during the interview in relation to the looming threat of climate change. It all comes to an awkward head with an unfortunate game and a sad young child. Thankfully, viewers do get confirmation that there was no fracking in the making of “Broad City.”


“Deer in the headlights” doesn’t even begin to describe it. The look on comedian Adam Pally’s face for almost the entirety of his interview with Ziwe shows someone who is partly in on the joke, but mostly scared. Ziwe confronts him with the mistakes of his past, like wearing cornrows for a movie with Robert De Niro. She also makes him perform a monologue from “The Color Purple” and cast a hypothetical Frederick Douglass movie with a cast of white actors. He won’t admit that he is intimidated by her, but his comedic body language and darting eyes betray him until he’s eventually allowed to flee.


Former New York mayoral candidate Andrew Yang stepped into plenty of traps in his interview with Ziwe. The whole exchange is a trip from one cringe-inducing quote to the next. He agrees to talk about ‘true stereotypes’ and even compiles a list. He says his favorite Jay-Z song is the “Numb/Encore” duet with Linkin Park. After being asked about Israel and apartheid, he declines to give a yay or nay opinion. The standout moment comes when he names his favorite subway station — even Ziwe seems to break character to question his answer. At the end of the interview, they each lean in for one final, awkward smile to camera.


Ziwe starts this interview by demanding a freestyle, and it goes downhill from there. The segment sources its cringe from the fact that comedian Hannibal Buress is a wealthy landlord. After a pointed question about gambling, Hannibal reveals the tactics he used to prepare for the confrontational interview. Unfortunately, his regimen can’t stack up with the reality of being interrogated by Ziwe. He has to put on sunglasses to withstand the discomfort. Even for a seasoned veteran of “The Eric Andre Show” and all of its surreal chaos, the tension on “Ziwe” puts Hannibal on edge.


Warning: it might take multiple sittings to make it through this interview. Ziwe’s talk with Chet Hanks, son of one of America’s most beloved actors, piles soundbites on top of one another that range from annoying to disturbing. He shares that he isn’t well-versed in the Jamaican Patois he adopted seemingly on a whim. Whether he’s voicing his thoughts on social justice warriors or the origin story behind “white boy summer,” his lack of awareness makes for easy pickings. At some moments, though, even Ziwe seems too stunned to speak in the face of such cringe.
Comments ∧