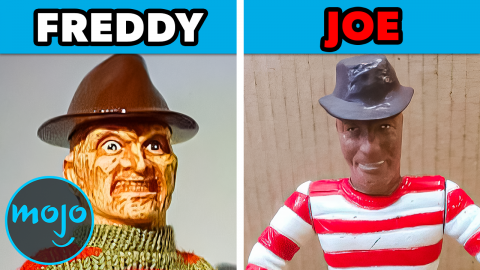 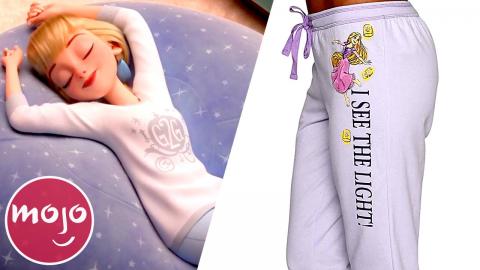 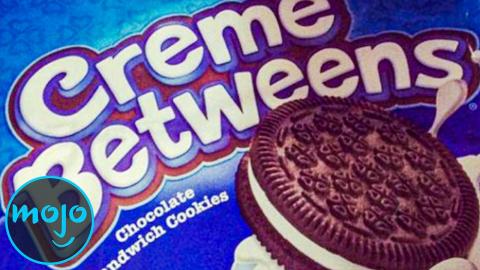 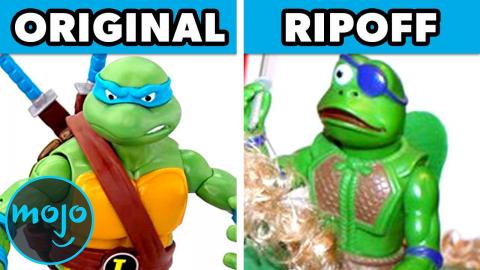 Top 10 Times Toys Were Ripped Off 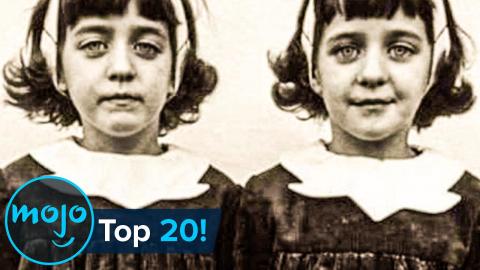 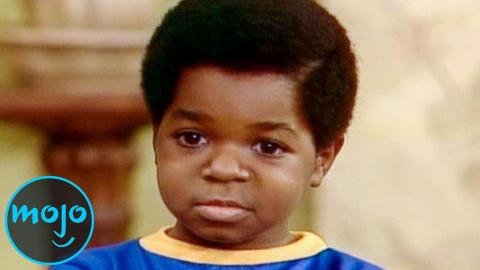 The Real Story Behind Growing Up in Hollywood 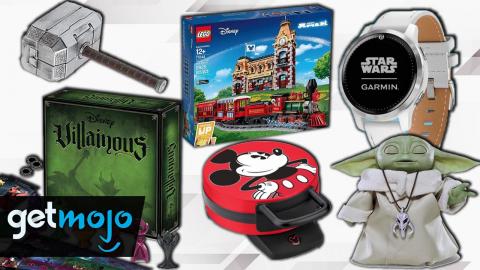 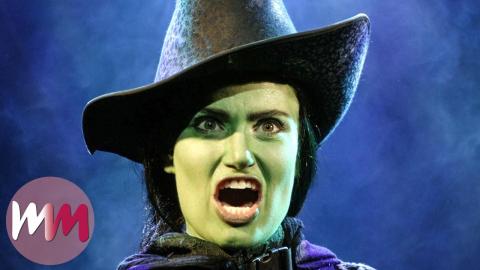 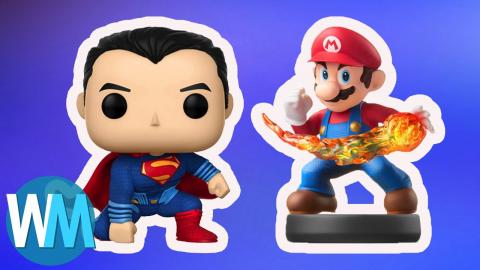 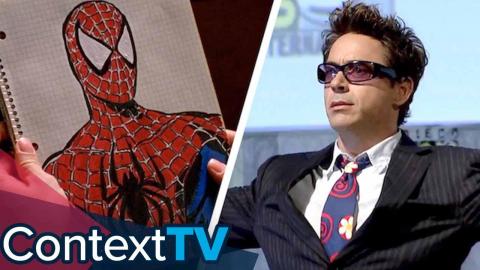 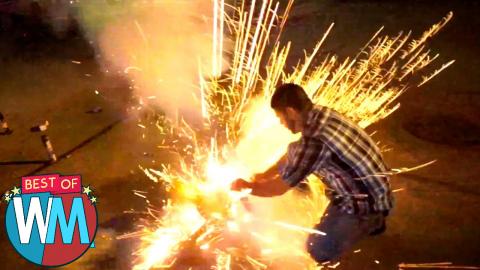 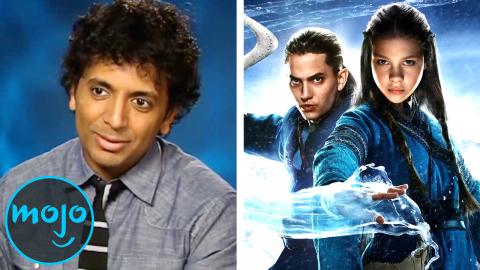 Top 10 Biggest Fails from the Most Successful People 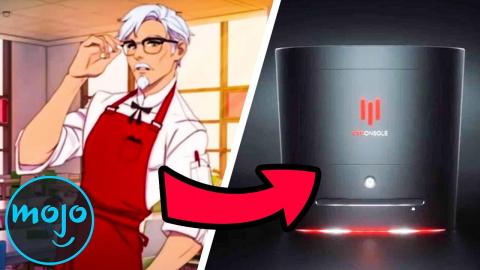 VOICE OVER: Callum Janes WRITTEN BY: George Pacheco
Good luck marketing these products! For this list, we'll be ranking the craziest and most surreal examples of off-brand merchandising. Our countdown includes Specialman, Dora the Pokémon Explorer, Transmogrifiers, and more!
Transcript ∧


Welcome to WatchMojo, and today we’re counting down our picks for the Top 10 Most Outrageous Bootleg Merch.

For this list, we’ll be ranking the craziest and most surreal examples of off-brand merchandising.

Have you seen any of these, or was this all just a fever dream? Let us know in the comments!

Look! Up in the sky! It’s a bird! It’s a plane! It’s… Specialman? That’s right, the world’s not-so-greatest Superman knock-off may appear (if you really, really squint) like the Man of Steel, but appearances can be deceiving. Sure, Specialman has a swanky haircut, and a… (cool?) costume, but the logo is clearly a cut-and-paste job from the OG DC hero, with enough minor alterations to potentially dodge a copyright lawsuit. We use the word “potentially” because Specialman is brazenly close to the real thing, although we’d feel pretty bad for any child unlucky enough to receive this toy as a gift or reward for a job well done.

There is a wealth of bootleg Pokémon merchandise out there in Toyland, but the Pocket Monica collection might be one of the most egregious. This is due primarily to the alarming number of spelling inconsistencies, and straight-up errors, present on the packaging for this board game. First off, it’s called “Pocket Monica,” fer cryin’ out loud, which should immediately raise a red flag for any parent or consumer. It doesn’t stop there, however, as the Pocket Monica box also doesn’t care about spacing, spelling, or any respected forms of the English language. Call us crazy, but we’re also assuming they meant “Jump-Jump Chess” as opposed to “Jump-Jupm Chess?”

Hey, did you know that Dora the Explorer was a part of the Pokémon universe? No? Well, don’t tell that to the makers behind this next bootleg toy. Well, the word “toy” may be stretching things a bit, but we’d argue that any aspiring young Pokémon trainer might want to dress up like Ash from the television series. So, why not start by wearing a cool hat? The only thing is… well, that’s not Ash on the hat. It’s Dora the Explorer, as evidenced by this Twitter post from @Bootleg_Stuff. Not only does this bit of bootleg merch seem lazy. It also feels nebulously offensive and problematic, and we can only hope there aren’t too many more of these caps out there in the world.

There’s a lot to unpack with this obvious bit of off-brand “My Little Pony” merchandise. For starters, there’s the alarmingly aggressive (and uncapitalized) call-to-action on the box that states, “Hello! Come and collect us!” Then, there’s the little business of these “My Little…” ahem, we mean “FASHION HORSES, and their frightened expressions. The modeling for these toys was clearly taken from an animation cell or screenshot where the My Little Ponies were in dress. Which begs the question: “why?” Why couldn’t the producers of this box find a different image for their horses?! It boggles the mind, really.

Believe it or not, the maniacal child murderer and dream-demon Freddy Krueger actually received plenty of legitimate toys marketed to young children back in the eighties. It was a… different time. However, there’s poorly conceived marketing, and then there’s Sharp Hand Joe. This obvious Freddy knock-off actually appears pretty stoked to be a toy, featuring an expression that feels more “hey, nice to meet ya” than “I’m going to slash you in your sleep!” But hey, what do we know? Maybe Sharp Hand Joe is a cool cat, and totally not going to invade our sleepy time with some garish nightmares.

Quick! Somebody get a hold of James Spader! Did he authorize this usage of his name? No? Well, we can’t say we’re surprised, but we are impressed to report that this Spider-Man knock-off was bold enough to change its name in this fashion. And hey, the toy also excitedly advertises itself as being “new!” and featuring “lights and sounds!” Spaderman is also part of the “classics” collection for some reason, although, if we’re being honest, we’d hate to see what other sorts of monstrosities are lurking within that bootleg collection. That said, an MCU tie-in with the title “Spaderman” is something we didn’t know we wanted, but we’re sincerely hoping comes to fruition.

Speaking of crossovers, hands up: who thinks the Pokémon Universe should collide with “Star Wars?” Anybody? Well, the makers of this next toy sure did, as it possesses some of the most brazen packaging on this list. After all, isn’t it a wonder that George Lucas didn’t come calling after this bold combination of Bulbasaur and Boba Fett titled, wait for it, “Bulba Fett!” Actually, we’re actually surprised that Lucas didn’t try and force Bulba Fett (with bounty hunter ball, thank you very much) into the original trilogy with some CGI tinkering, now that we think about it. After all, would it really have looked any worse than the “Jedi Rocks” sequence from “Return of the Jedi: Special Edition.”

On one hand, we have to hand it to the makers of this “Transformers” knock-off for at least being somewhat inventive with their new name. After all, to “transmogrify” also means “to transform,” so at least we’re on the right track. It’s certainly better than another bootleg line of robots called, ahem, “Deformed Cars.” Additionally, the Transmogrifiers also retain a logo that appears relatively similar to the OG. Where these toys drop the ball, however, is with the actual naming of the robots in question. For example, a yellow-painted one that’s clearly aiming for Bumblebee, but that’s saddled with the unfortunate moniker of, ahem, “Starholler.” You can’t make this stuff up, people.

We’re happy to report that we haven’t, as of yet, truly got into any sort of off-market branding that’s going to give little kids nightmares. Until now, that is. Do you have small children that just love Pixar’s “Finding Nemo” and “Finding Dory” movies? Did you want to encourage them to try water sports for the first time? Well, be sure to pay close attention, or else you might be grabbing them this monstrosity, and they’ll never forgive you. These faces on these man-fish feel straight out of that obscure Sega Dreamcast game “Seaman” (the less said about that, the better), all anthropomorphized and gross. Plus, they look like they’re having an uncomfortably good time. We’re out.

Robocop was another ultra-violent movie franchise that attempted to tone down its content, in order to appeal to a younger demographic. This can be seen with the decision to make the third film in the series rated PG-13, as opposed to the hard Rs of the former entries. It remains to be seen, however, whether or not there were ever any precursors to this twistedly inspired bit of bootleg toy madness. For the record, Robocop’s name was Alex Murphy, not “Robert,” and we’re not exactly sure why this toy is even titled “Robert Cop 3,” it’s just such an arbitrary and headache-inducing decision. We do know one thing, however: the end results are absolutely hilarious.
Comments ∧