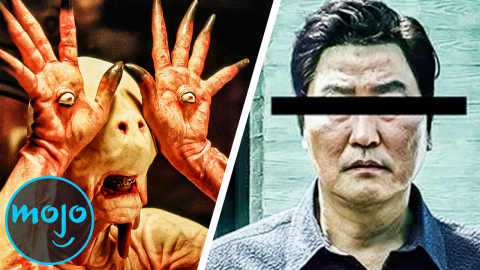 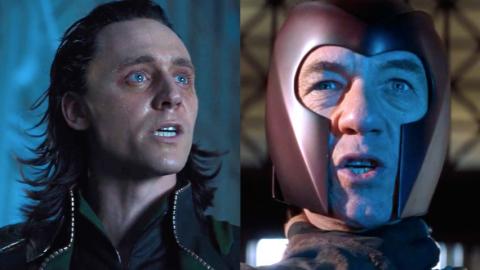 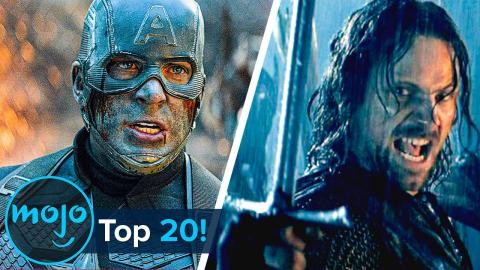 Top 20 Defining Movie Moments of the Century (So Far) 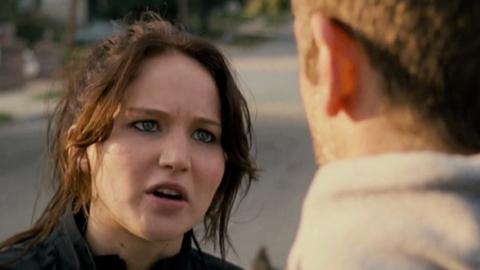 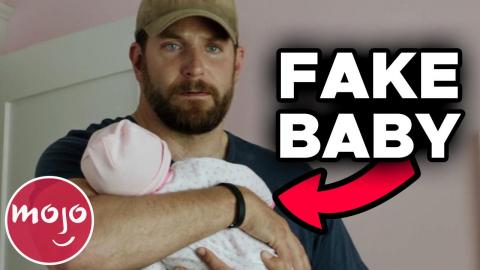 Top 10 Mistakes That Were Left in 21st Century Movies 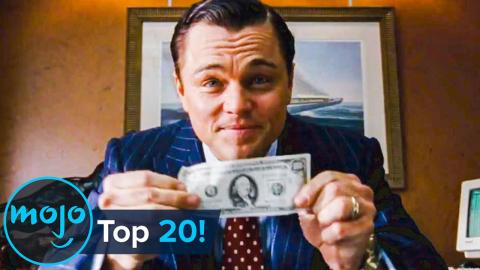 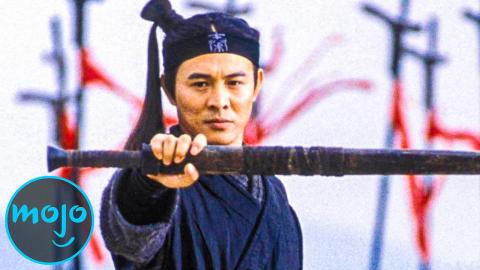 Top 10 Martial Arts Movies of the Century (So Far) 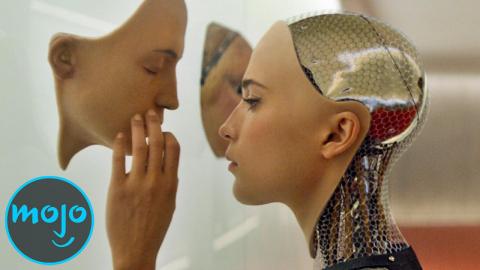 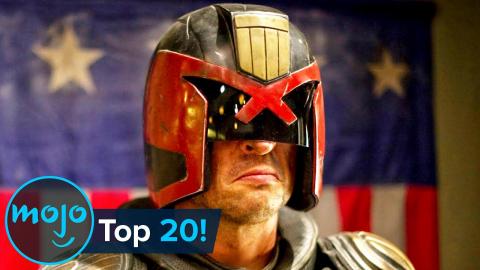 Top 20 Underrated Movies of the Century So Far 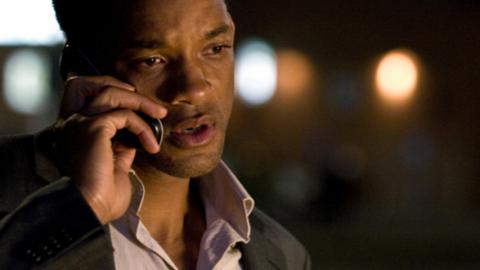 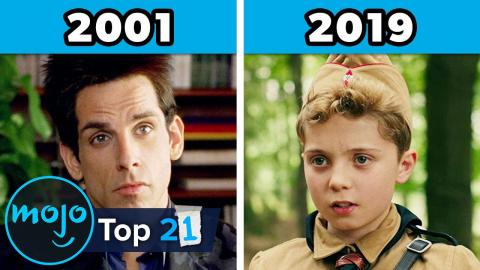 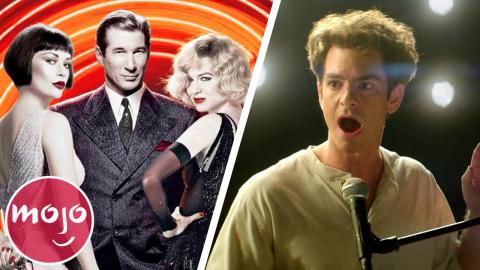 Top 20 Movie Musicals of the Century So Far 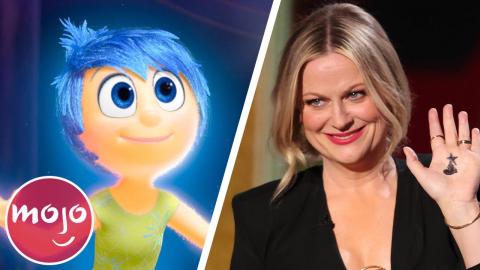 Top 20 Voice Actor Performances of the Century So Far

VOICE OVER: Tom Aglio WRITTEN BY: Andy Hammersmith
From cultural resonance to sheer quality, these films deserve to be seen even by casual cinema fans. For this list, we'll be looking at movies from this century that have made their mark enough to demand at least one viewing. Our countdown includes “Children of Men”, “The Dark Knight”, “The Lord of the Rings: The Fellowship of the Ring”, and more!
Transcript ∧

Top 10 21st Century Films You Should See at Least Once


Welcome to WatchMojo, and today we’re counting down our picks for the Top 10 21st Century Films You Should See At Least Once.

For this list, we’ll be looking at movies from this century that have made their mark enough to demand at least one viewing. From cultural resonance to sheer quality, these films deserve to be seen even by casual cinema fans. Great documentaries or animated features, such as “Spirited Away,” don’t count for this list.

Did we forget one of your favorite 21st-century releases? Let us know in the comments below.

With "Children of Men," Alfonso Cuarón adapts the novel of the same name into one of the finest science fiction films of its day. The story's social commentary about a future without kids feels like a haunted nightmare that's utterly compelling at every twist and turn. Working with famed cinematographer Emmanuel Lubezki, the filmmaker crafts some of the most memorable long takes in recent history. Viewers will find the dialogue as thoroughly entrancing as the suspenseful chases and battle scenes. The visceral movie delivers an unflinching look into a disturbing and realistic world, never softening the material for cinematic audiences.

Barry Jenkins’ tour de force drama “Moonlight” beat the odds and won Best Picture at the Academy Awards. The narrative triptych follows a boy's journey into manhood as he discovers his own sexuality. Along the way, a brilliant cast of characters guide or hinder his growth into a nuanced and misunderstood human being. Jenkins doesn't waste a single frame of film, letting small details breathe life into each delicately written scene. Each actor provides an honest and enthralling performance in a series of believable and dramatic moments, including an Oscar-winning turn from Mahershala Ali. Through three extended sequences, the movie details an engrossing portrait of someone trying to make sense of the world.

"In the Mood for Love" might be the most romantic film of this or any century. Whether or not you agree with that statement, Wong Kar-wai's vision transcends the typical pitfalls and cliches of the genre. The movie follows two married people as they form a platonic relationship after discovering their spouses are having an affair. Led by captivating performers Maggie Cheung and Tony Leung, this portrait of an unorthodox couple enjoys dwelling in small moments from exchanging glances to quiet conversations. The famed Hong Kong filmmaker designs an exceptionally intimate tale that leaves room for interpretation in moving scenes of unspoken attraction.

Jordan Peele brought his own personal take to the horror genre in the hugely influential “Get Out.” Both providing a tribute to classic tropes and subverting them, Peele’s script grounds the hero’s journey in the reality of race relations in America. Meeting his white girlfriend’s family, the lead character Chris slowly unravels a conspiracy that puts him in grave danger. The entire movie combines suspense and dark comedy into one of the tensest viewing experiences of the century. Building to a shocking twist, the plot grabs audiences and never lets go until the film’s satisfying payoff.

Guillermo del Toro’s vision of 1940s Spain utilizes all of his trademark imagination to tell a memorable spin on a fairytale. Juxtaposing scenes of post-Spanish Civil War violence with fantastic imagery, the director and his technicians come together for an unforgettable trip into a surreal world. The young Ofelia finds herself to be the princess of the underworld as she interacts with a multitude of strange creatures like the Pale Man. Winning awards for its beautiful art direction and makeup, the sweeping adventure tackles the harsh realities of history with del Toro’s love of fantasy storytelling.

Featuring one of the most captivating lead performances ever, “There Will Be Blood” stands tall in its relentless examination of greed. Daniel Day-Lewis disappears into the role of a ruthless oilman Daniel Plainview in a tragic descent into darkness. His endless quest for power and money alienates him from his son and puts him in a fierce rivalry with a local preacher. Paul Thomas Anderson directs the film as if his life depended on it, shedding his previous stylistic choices to present a formal look at early 20th-century America. Every technical department works to make the surrounding story feel as authentic as possible, with Day-Lewis rounding out the production in one of his greatest acting achievements.

This award-winning satire defies genres with its politically conscious and comedically-charged thrills. A down-on-their-luck South Korean family infiltrates a wealthy family’s affairs and begins a parasitic relationship that gets upended by unforeseeable forces. There’s no telling where this film will go next, owing to its brilliant plotting that succeeds at keeping the audience on the edge of their seat. Director Bong Joon-ho is in top form as a master craftsman, bringing together a family ensemble where each actor’s performance rings true and finds natural moments of humor along the way. Introducing another generation to South Korean cinema, this international masterpiece encourages world audiences to read along with its subtitles to discover a tightly-wound thriller of the highest caliber.

“The Dark Knight” ranks among the greatest superhero films ever made, as well as one of the best action spectacles of the 2000s. Christopher Nolan's modern and more grounded take on the genre produces a number of thrilling sequences as well as a more emotionally resonant take on the Batman character. On top of an all-star cast, Heath Ledger's performance as the Joker still ranks among the most memorable and engrossing villain roles ever. There's no shortage of entertaining moments to revisit from a compelling heist to the famed Batpod chase. Other cape-filled adventures like “The Avengers” represent the Hollywood comic book craze, but this particular rendition elevates the format to a whole other level.

“Crouching Tiger, Hidden Dragon” follows in a grand tradition of wuxia films. Following the quest for a sword named “Green Destiny,” the compelling narrative brings together Michelle Yeoh and Chow Yun-fat to fight their way through an energetic collection of fantastical combat scenes. Most people remember the experience for its highly choreographed stunts, often using wires to send characters up walls and through the trees. Ang Lee’s vision of ancient China swells with grand set design and inventive action, flying in the face of typical modern blockbusters. Winning an Oscar for Best Foreign Language Film, the movie also reconnected English-language audiences with Eastern cinema.

Among the most lauded achievements in 21st-century film, “The Lord of the Rings” captures all of the magic of Tolkien across three entries. Many point to “The Fellowship of the Ring” as the superior part of the fantasy trilogy. Peter Jackson begins the adaptation with a rousing opening that invites diehard fans and newcomers into Middle-earth with intricate storytelling. Cast members Ian McKellen and Viggo Mortensen are just two standouts among a talented list of performers that fill the ranks of this tale. Jackson’s seamless blend of practical and computer-generated elements makes the world of the books roar to life, changing the course of pop culture forever.
Comments ∧